Spain has a long history with the Catholic church and that means there are a lot of historical relics there, which is a source of tourism to be sure. But, something which has been even more lucrative in the past few years has been the botched religious artifacts that have been happening more and more in this deeply religious and recently economically-depressed nation. 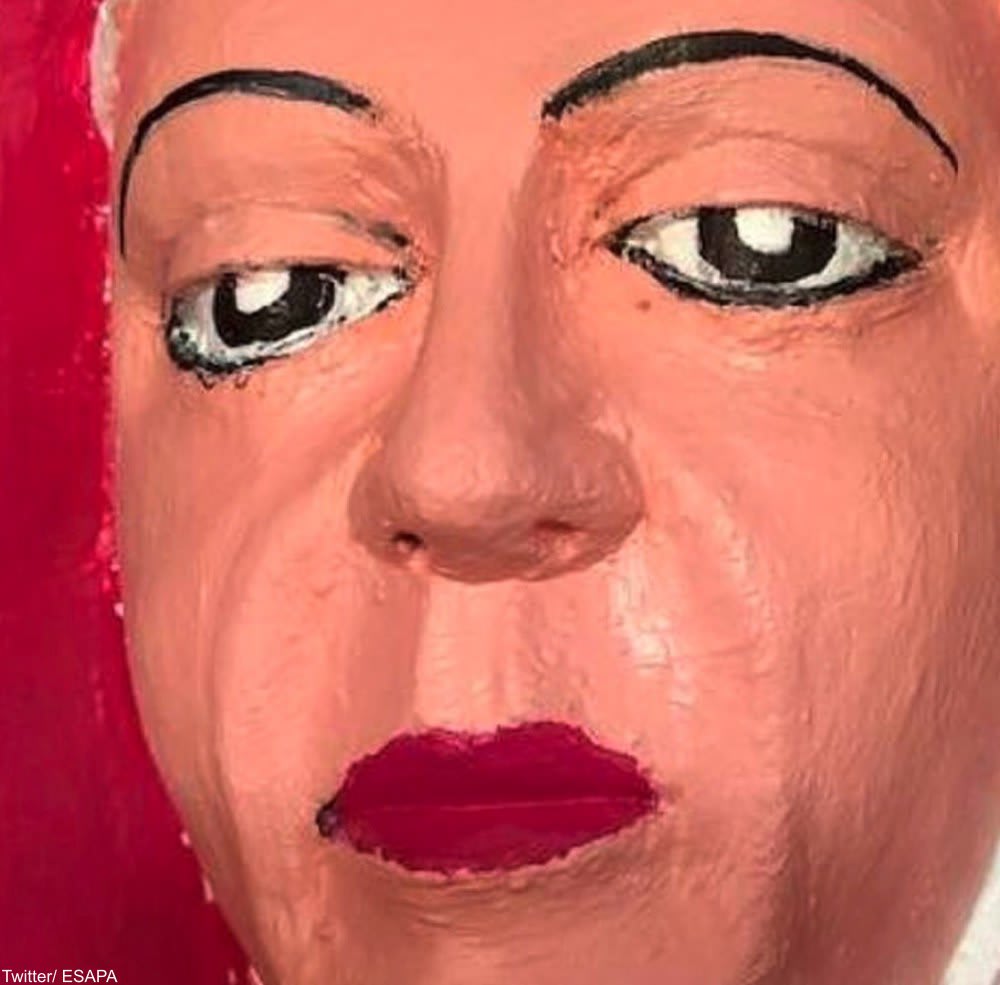 First it was the Ecco Homo painting, then the life-sized wooden statue of St. George! The most recent victim of this bad “restoration” craze is a series of three 15th century statues: 2 of Mary and Baby Jesus (one with St. Anne) and one of St. Peter.

In the Asturias region of Spain, in the hamlet of El Rañadoiro, local tobacconist and shopkeeper, María Luisa Menéndez, painted the figures in Technicolor day-glo colors with what appears to be little regard for the past. 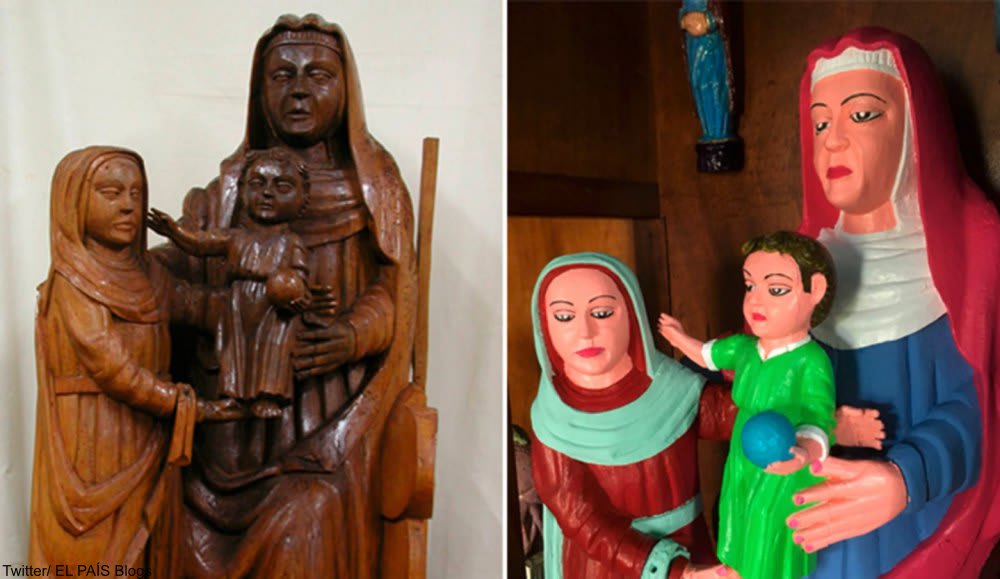 One statue had never before been painted and the colors reflect tones which would not have been available in the 15th century: one Virgin Mary appears to be wearing pink nail polish, while another boasts turquoise hair! Two of the statues were painted back in the 15th century and were restored only 15 years ago in what was a council-approved measure (and a professional restoration we might add).

The original restorer of the two statues, Luis Saro, commented that when he examined them in 2003 there had been a layer of more modern paint on them. So this is not the first time these figures have been painted over without regard for the original artwork.

The untrained Menéndez thought the restored colors looked pretty drab apparently and called them “horrible” as they were. A priest signed off on Menéndez giving them a touch-up, but we have to wonder if he knew that she would use industrial paint in garish hues.

Menéndez said she just liked the colors and that locals (the town has less than 20 people) have been enjoying the change, but art historians are up in arms over this most recent defamation of a religious relic. On the one hand, if they can be properly restored at all it will be a miracle. On the other hand, for better of for worse, this most recent paint job shows folklore in action and a community engaged with their churches. 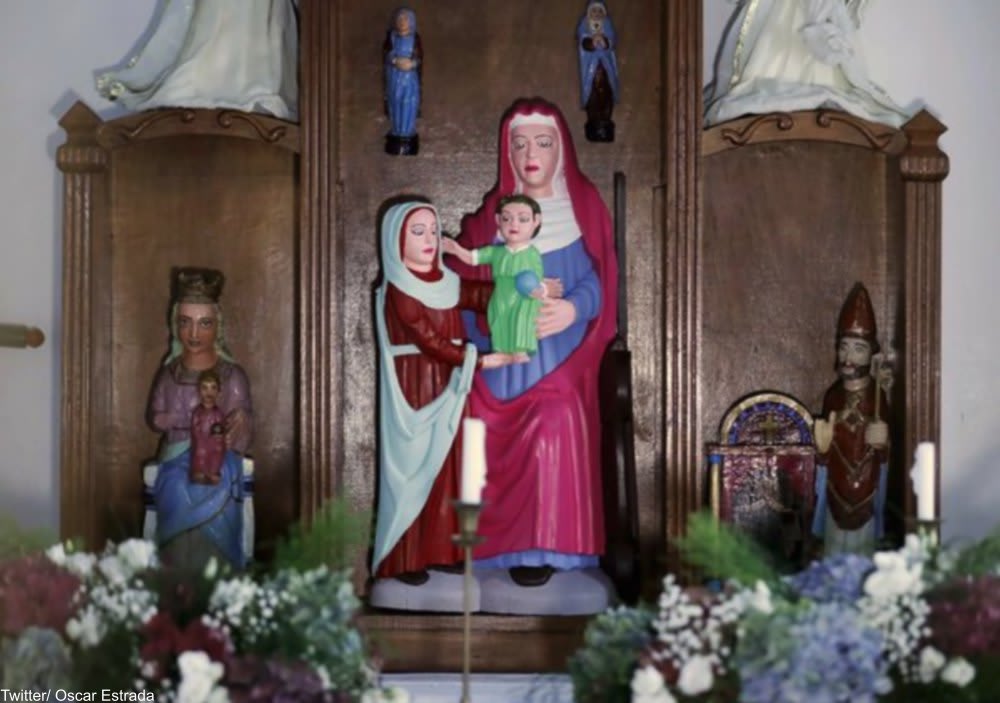 On the left is turquoise hair Mary and in the middle is nail polish Mary. Via/ Twitter

The most recent bout of botched paint jobs in Spain has prompted a public outcry. Twitter users have been tagging photos of the wooden statues with the tag SOSPatrimono which is a call for action to preserve Spain’s cultural heritage and protect relics like these from falling into damaging hands. It is against the law to deface antiquities like the El Rañadoiro statues, even accidentally and under good intentions. 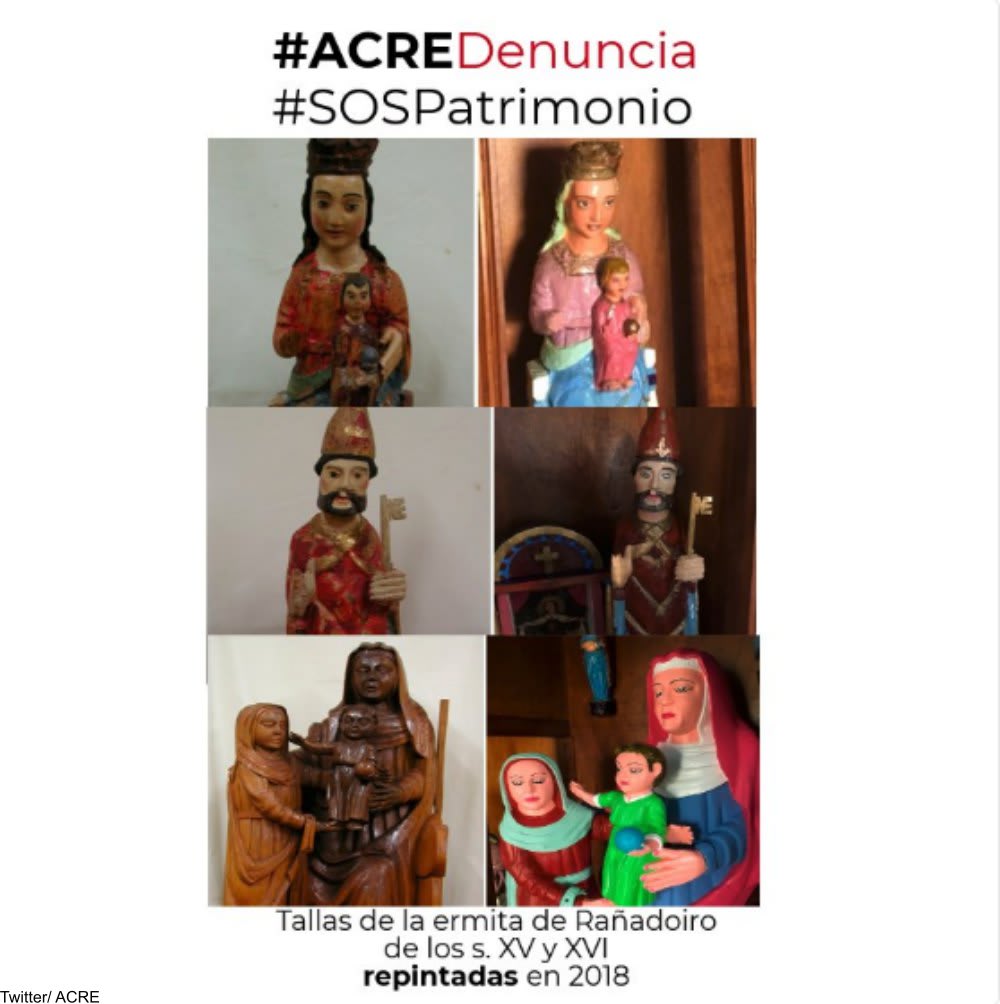 When a bad restoration gets international media attention, tourists will often flock to those locations, so the results are not all bad if the local businesses can benefit from this most recent fiasco. Still, it does seem like more caution is needed when it comes to artifacts which have so much historical and religious significance. And perhaps priests should be required to take some art history lessons!