In the 19th century, in an era when many folk died young, those mourning the loss of a recently deceased lover or family member were desperate to have something to remind them of their dearly departed. With the field of photography only a burgeoning art, mourning jewelry was the en vogue way to keep their memories alive. 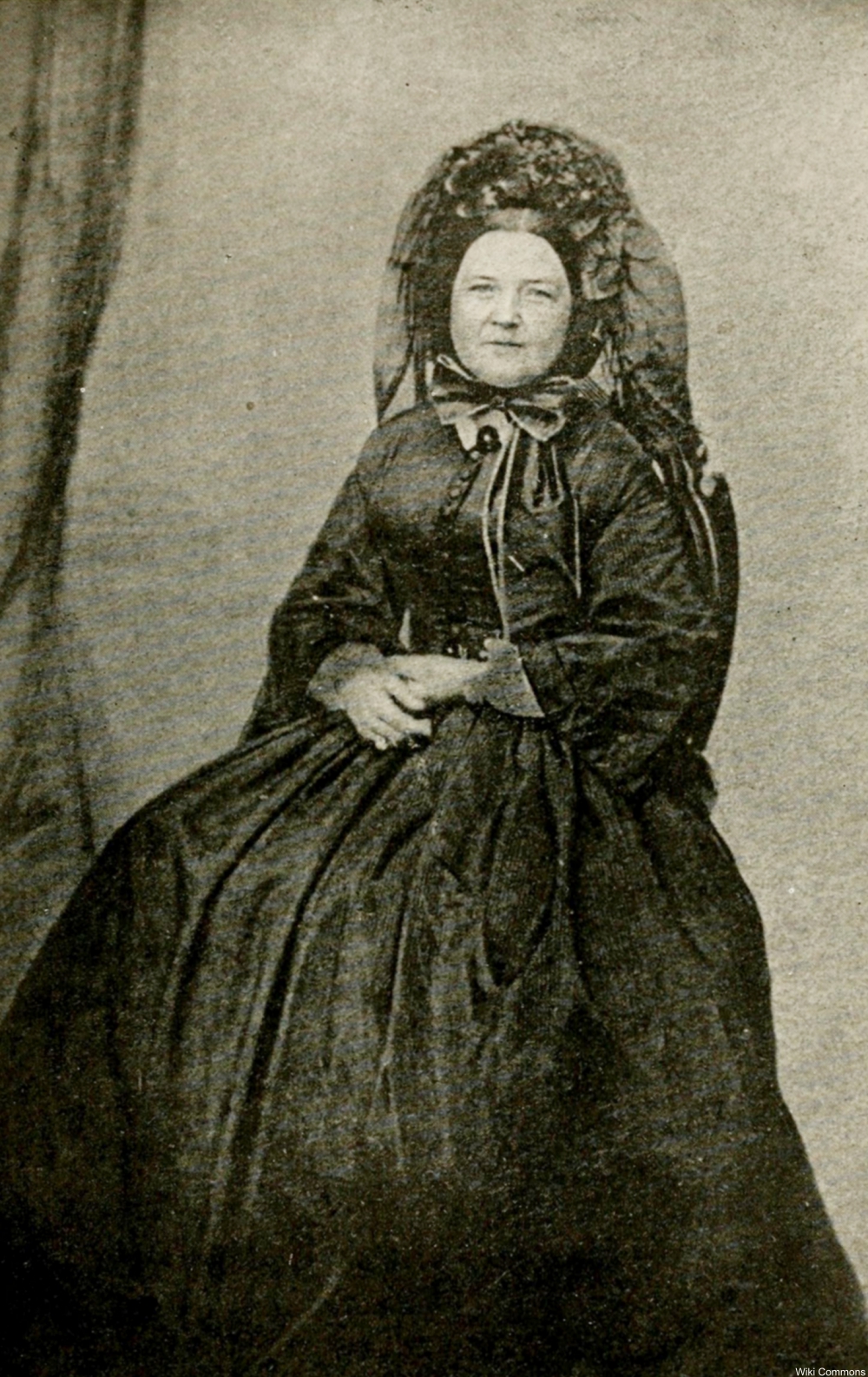 The fascinating history of these pieces has a royal origin. Queen Victoria’s prolonged mourning period for her husband and her all-black attire and jewelry after Prince Albert died inspired an entire era of mourning customs, including the proper way to dress.

All-black dresses were the norm for women in mourning, and flashy fabrics were shunned. Mourning jewelry soon became a popular way to keep the memories alive, provided you could afford it. All of the forms of mourning jewelry were complicated items. 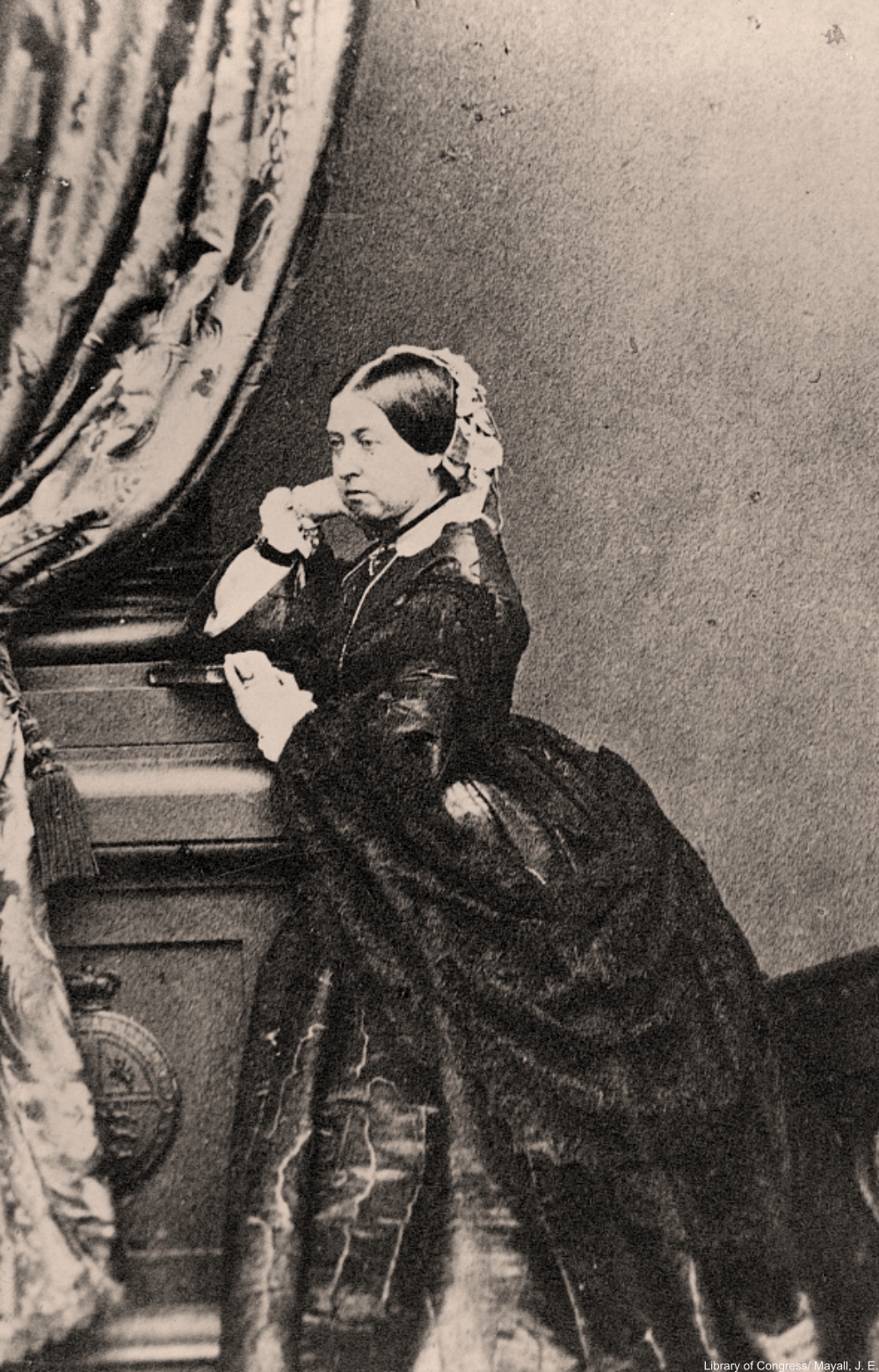 Queen Victoria after the death of Prince Albert. Via/ Library of Congress

Some pieces were made of the mineraloid jet, while others could be carved cameos depicting a deceased loved one. But, black was certainly the most common theme as mourning “rules” called for a lack of color or ornamentation. While jet was not cheap, it could be fashioned simply, with hand-faceted beads being one of the most popular ways to wear this style of mourning jewelry. 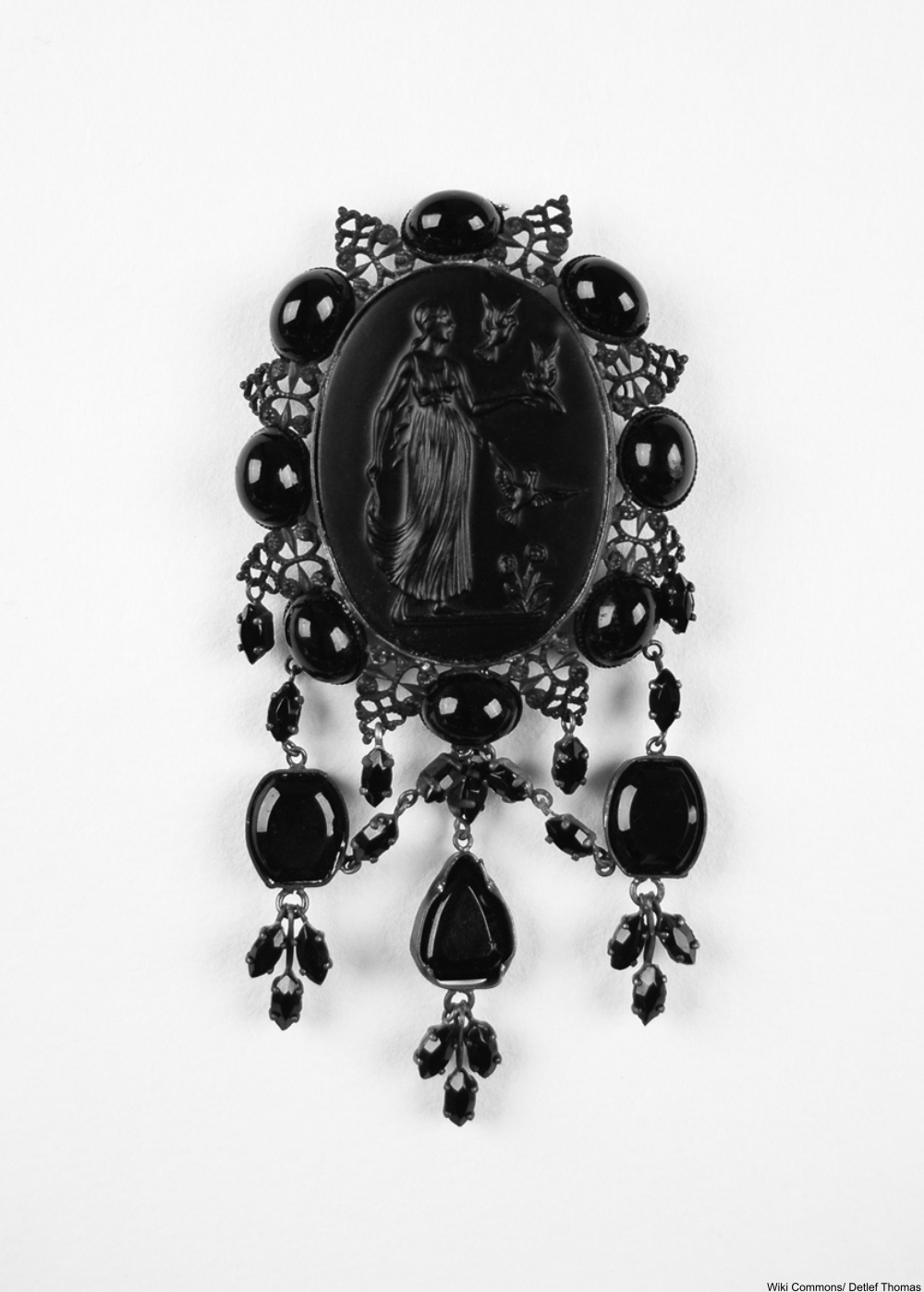 One of the most elaborate and personal forms of mourning jewelry involved using the deceased’s hair to create intricate patterns or scenes which were then set under glass in rings, brooches, and lockets. Although, sometimes the hair was not from the deceased, but a stranger’s hair acquired specifically for jewelry-making. 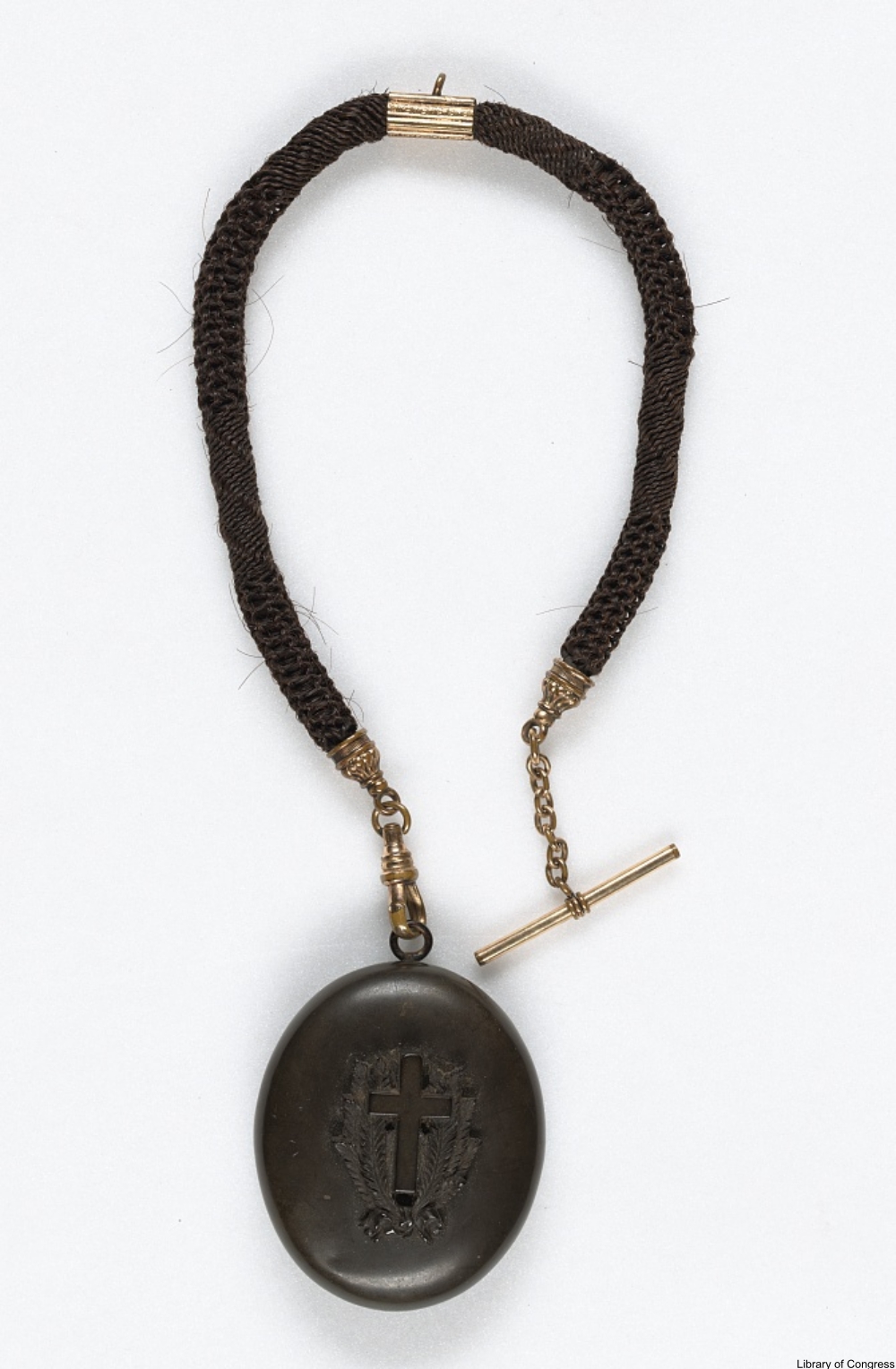 This locket not only holds an image of the deceased, but the “chain” is woven from his hair. Via/ Library of Congress

After wigs fell out of fashion in the 19th century, skilled wigmakers turned their attentions toward the developing art of mourning jewelry, lending an extremely high level of workmanship to these expensive custom-made pieces. At the same time, there were women who made their own mourning jewelry from hair and ladies’ magazines of the era sometimes offered patterns for doing so. The hair of the recently deceased was also sometimes used to fashion a doll in effigy, particularly if the deceased was a child. 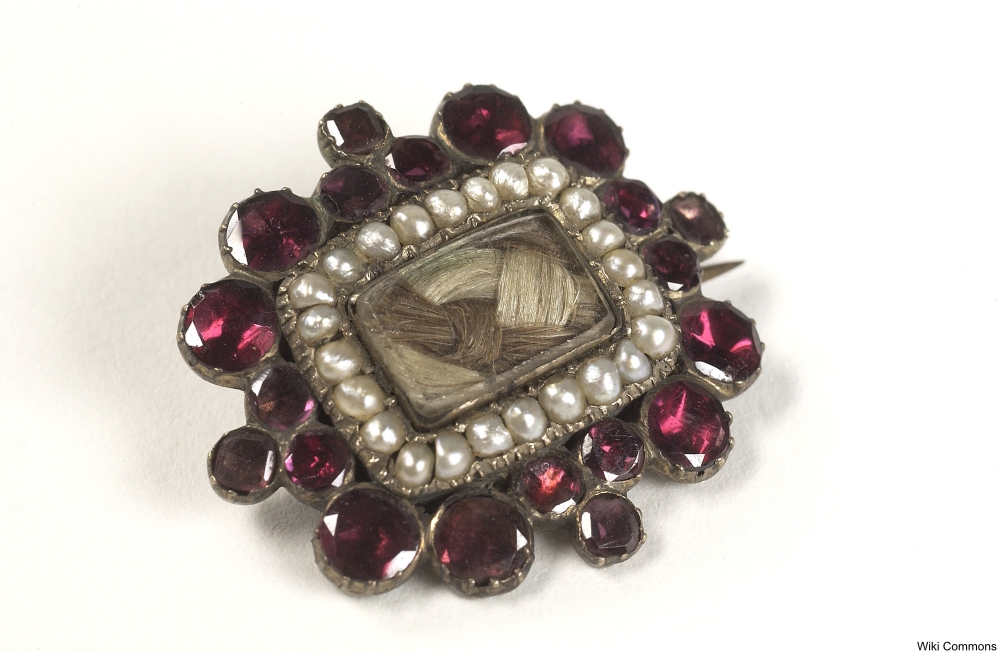 These curious pieces may seem strange or macabre to us today, but in the 19th century they were one very important way for family members and spouses to grieve. Mourning jewelry pieces are quite collectible, not only for their workmanship, but also for the their rarity. If you have a piece of this stunning jewelry, you have a special piece of history. The advent of photography gave mourners something else- far less expensive- to remember their loved ones by.

Click here to learn the fascinating history behind spirt photography!