10 Photos That Show The Amazing Life Of Annie Oakley

Annie Oakley was born in August, 1860 in the town of Greenville, Ohio. From a young age, she became interested in shooting, but initially as a necessity: her father died when she was six years old and this left her family in desperate poverty. Annie began hunting and trapping and would sell surplus game to locals. Her skills gained larger attention when she won a shooting match with marksman Frank Butler at age 15. Not only would she go on to marry Mr. Butler, but the pair would travel together and join Buffalo Bill’s Wild West Show. Her family would never want for food again.

Known as “Little Sure Shot”, Ms. Oakley had a unique combination of speed and accuracy in her shooting, and with the help of Buffalo Bill’s coaching, she became an expert performer as well. She and her husband toured together for many years before settling down in North Carolina. Ms. Oakley did performances for locals well past her 60th birthday. Here is a brief pictorial history of her life… 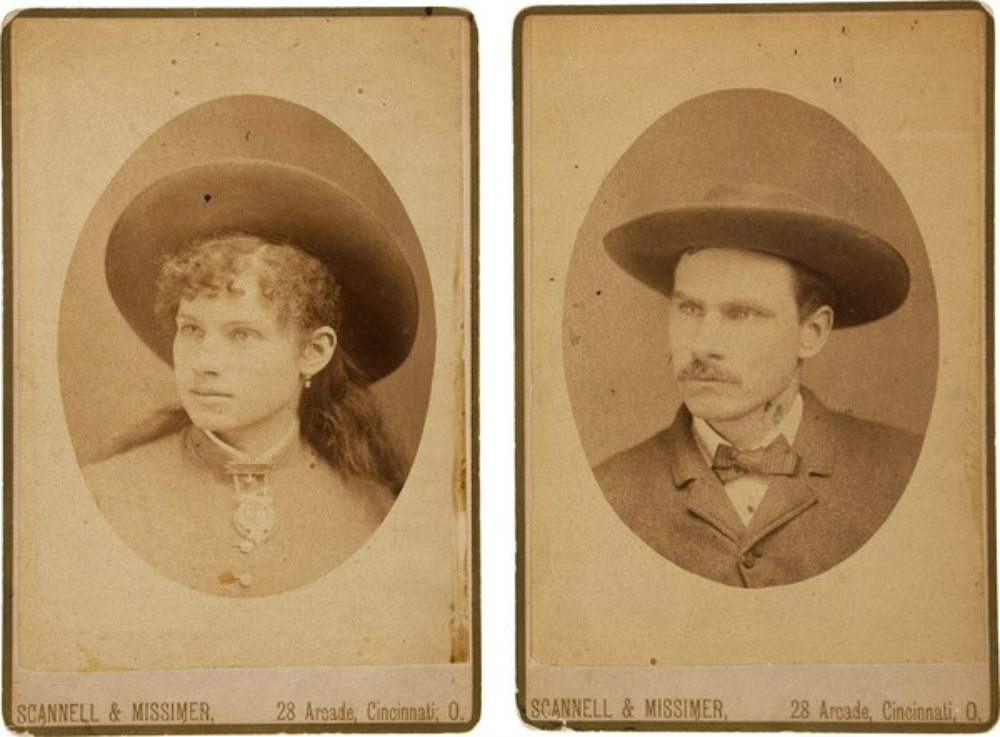 These two cabinet card portraits from the mid 1880s show Annie and her husband Frank. They married around 1876. This is the first appearance of what would become Ms. Oakley’s trademark “hat and bangs” look! 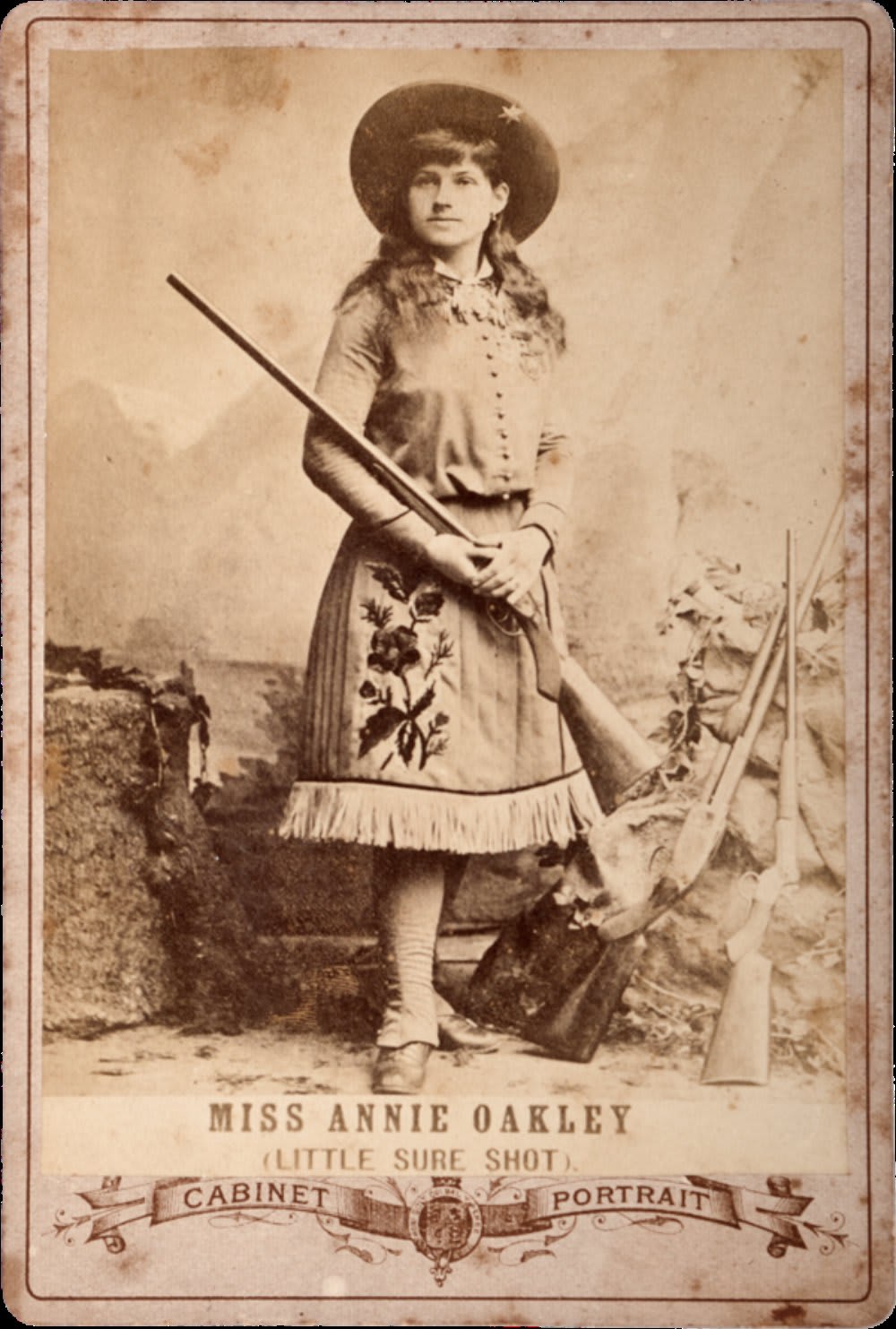 This 1888 Carte-de-Visite shows the “Little Sure Shot” name as Annie displays her full Wild West costume. These cards were handed out to promote the traveling show. Note the fine embroidery of her dress! 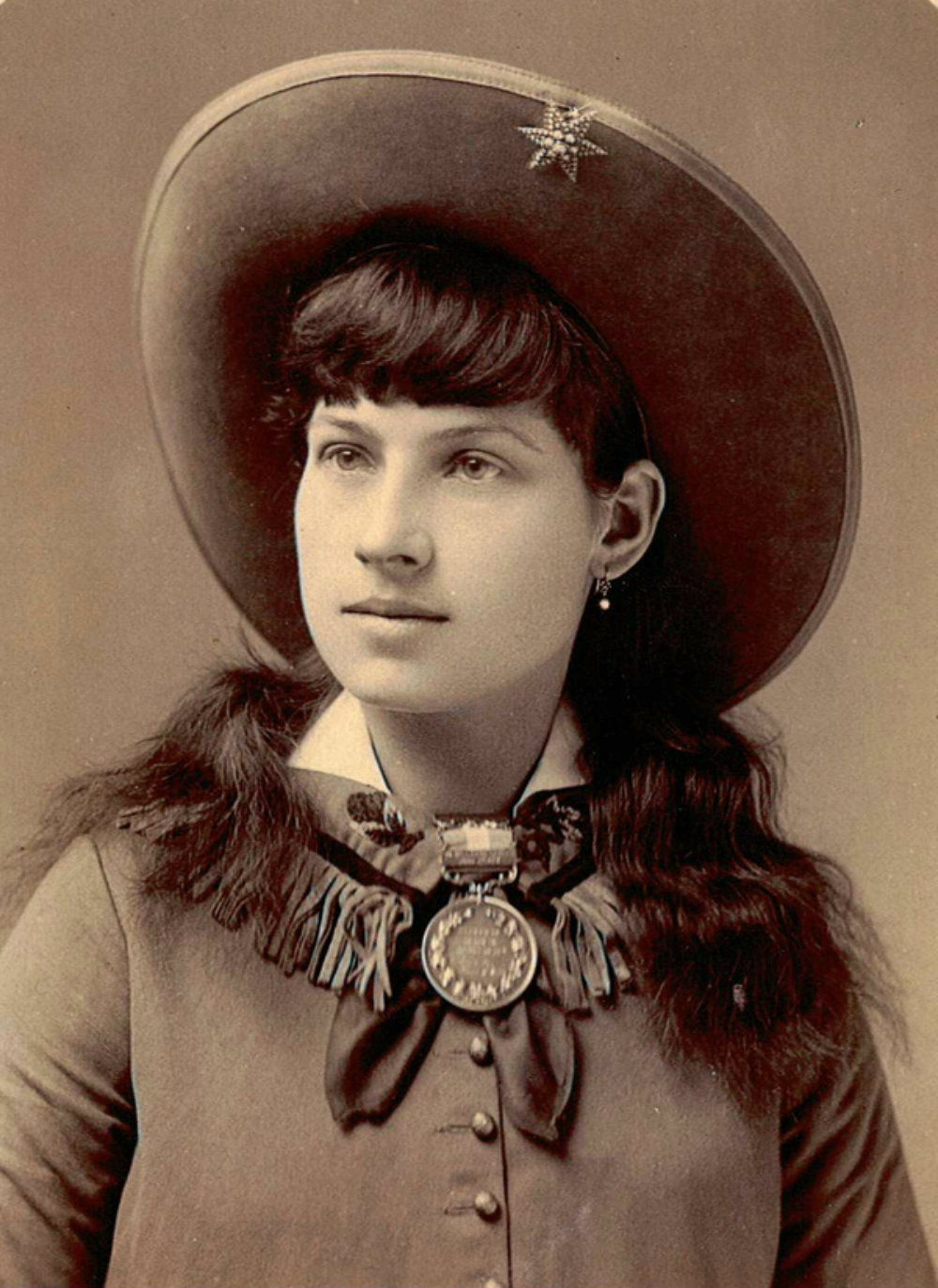 This portrait from around 1889 was likely taken in advance of the Paris Exposition of 1889, an event she featured prominently in. She was quite the surprise to all who saw her perform — people were amazed that such a demure, kind-looking girl could achieve such feats! 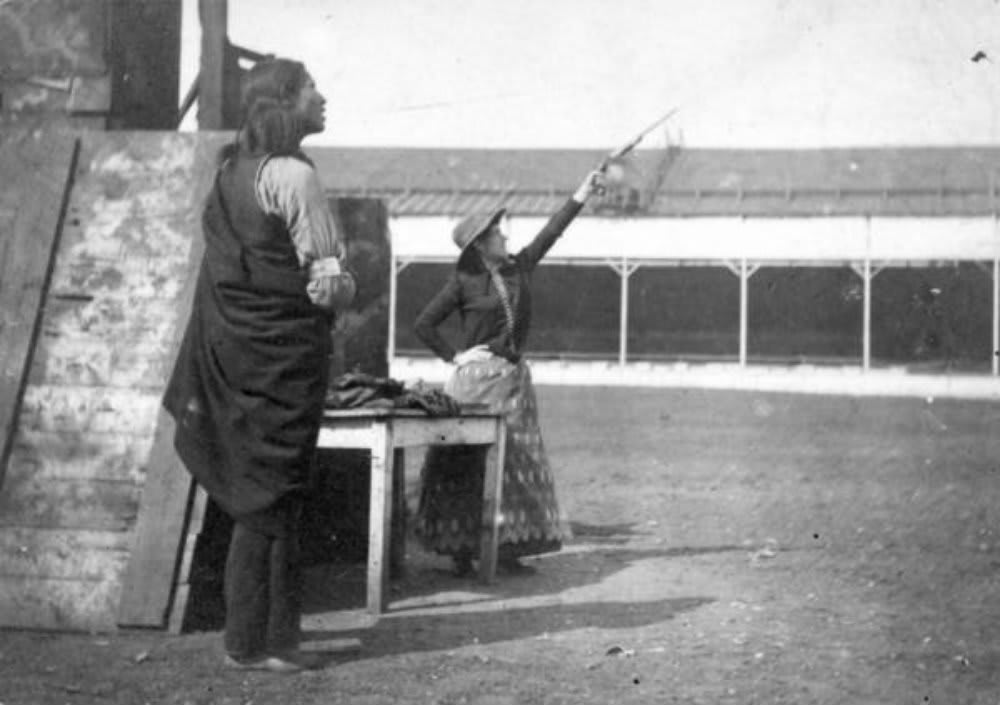 One of the most interesting things about Annie’s life is the many stories and anecdotes about situations when she would take on a dare or a challenge. Many of these stories involve stuffy European figures or Native American Indian Chiefs. This photo captures one of those scenes. Annie isn’t in costume and it isn’t an event – she’s taking the time to show this guy what she’s made of!

Click The NEXT PAGE Button For More Great Photos!