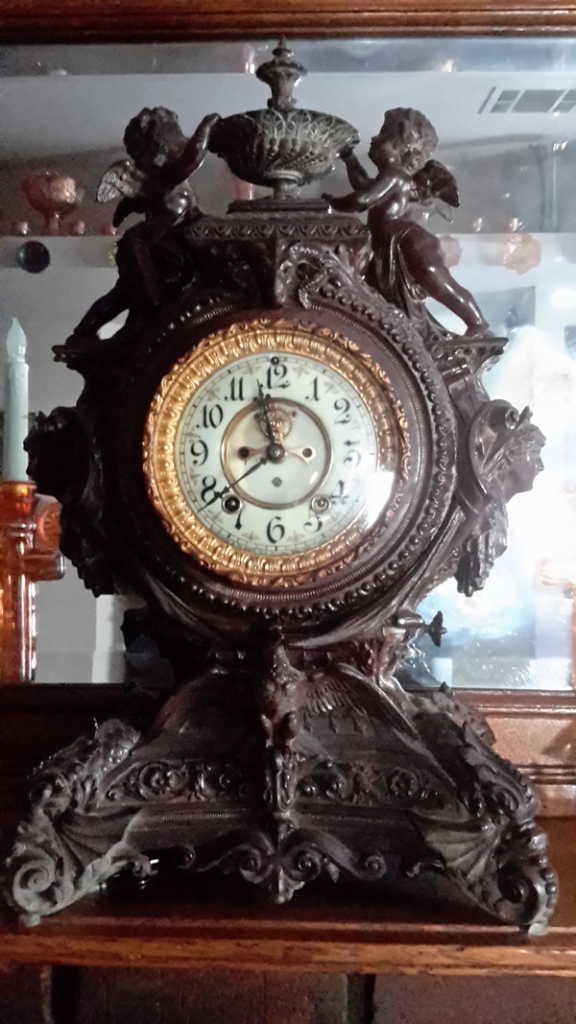 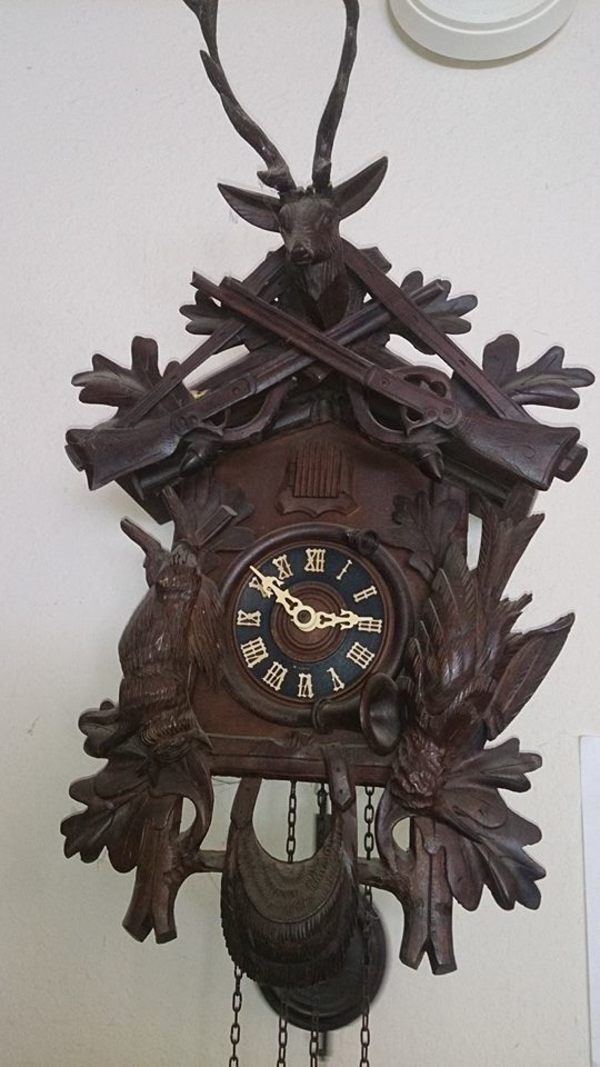 from: Carol Musselman: “I appreciate all of the comments on my husbands Black Forest Hunter, cuckoo clock. I decided to take a better picture. The detail is amazing.” 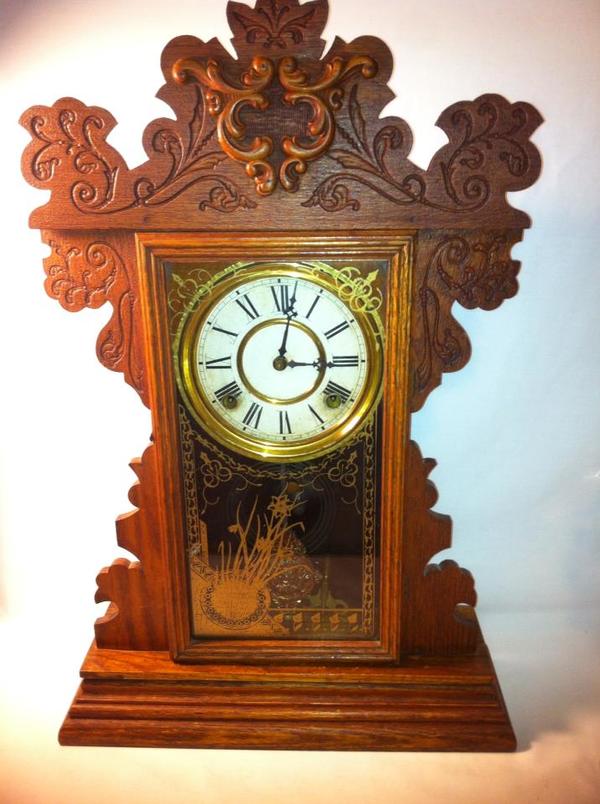 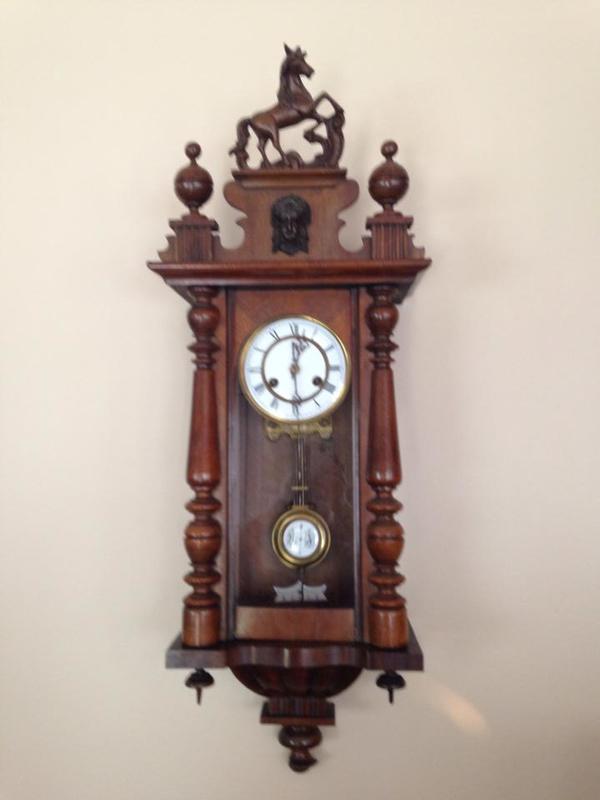 from: Pam Jackson McGill: “German clock. Dated back to the middle to late 1800’s. It is hanging on my wall and works perfect. It’s a 7 day wind and chimes on the hour and half hour.” 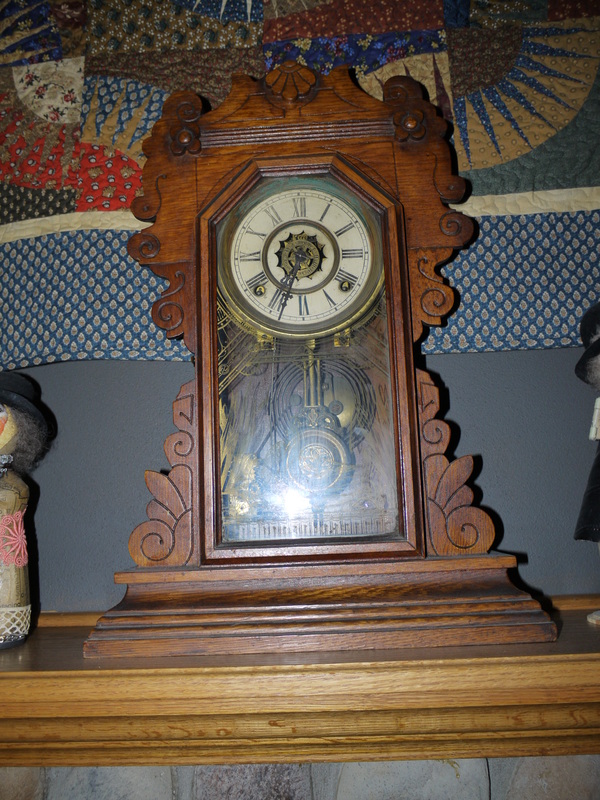 from: Jackie Krueger: “This clock was found in my aunt’s attic years ago. I really love it even if it does not work. Does anyone know anything about it?” 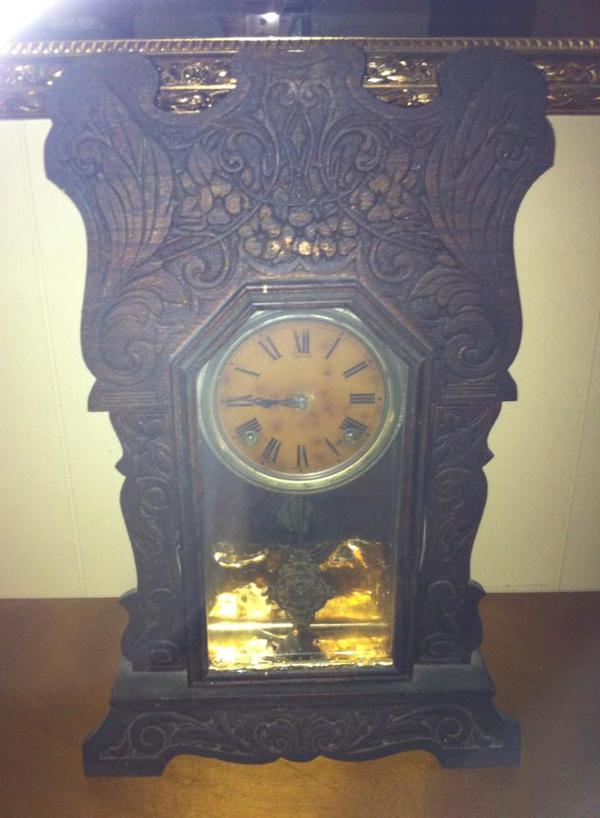 from: Theresa Gregory: “This was my great grandfathers mantle clock”

from: Diane Spinella Pasciolla: “My great uncle, who was station in Germany during the Korean War, bought this coo-coo/quail clock and sent it to my great grandmother. I had a clock appraiser look at it and he thought it dated back to around 1850 and he said it was handmade. There are no markings or company name inside. It has the original bellows. The weights were lost along the way, so they are the only replaced parts. Anyone have any info on these type of clocks?”