It’s no secret that the safety surrounding children’s products has been steadily increasing every year. But, before there were so many safety concerns, many of the products on the market that mothers would have been using nearly every day would never have passed inspection today – and for very good reason! Have a look at some of the things that were once considered perfectly safe for children over the past century. 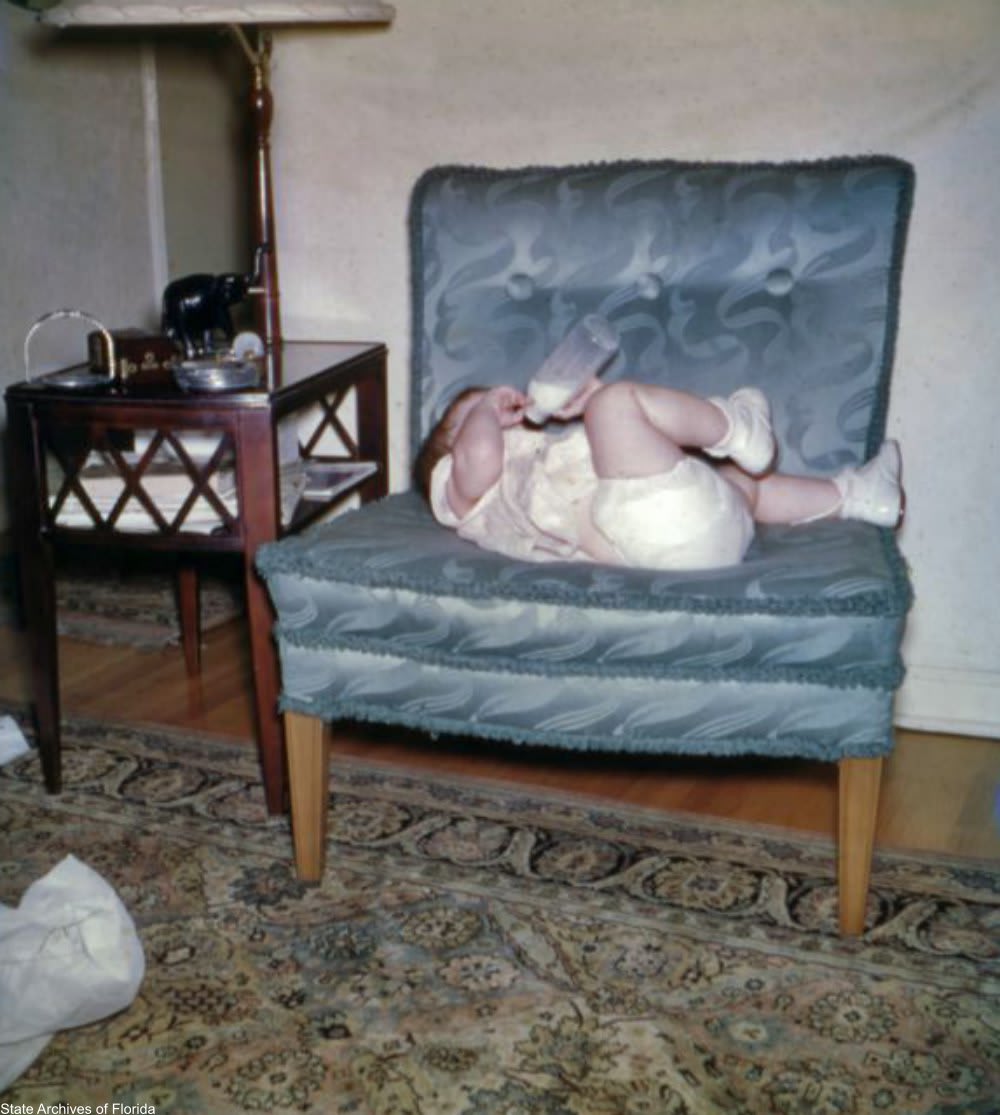 Old fashioned carseats for babies were basically a joke and many moms simply held the baby every car ride until they were old enough to sit up and wear a seat belt. But, with women learning to drive in greater numbers during the 1960s, car seats offered a way for the woman of the house to both drive and to contain the baby while she did so.

It’s too bad that these car seats didn’t offer nearly enough in the way of safety features, and were also commonly placed in the front seat (an act that is known to be very dangerous today) so that mom could keep an eye on the child. There were even harnesses for children who wouldn’t sit still during car rides. The idea of safety was there, but was not executed properly until decades later. 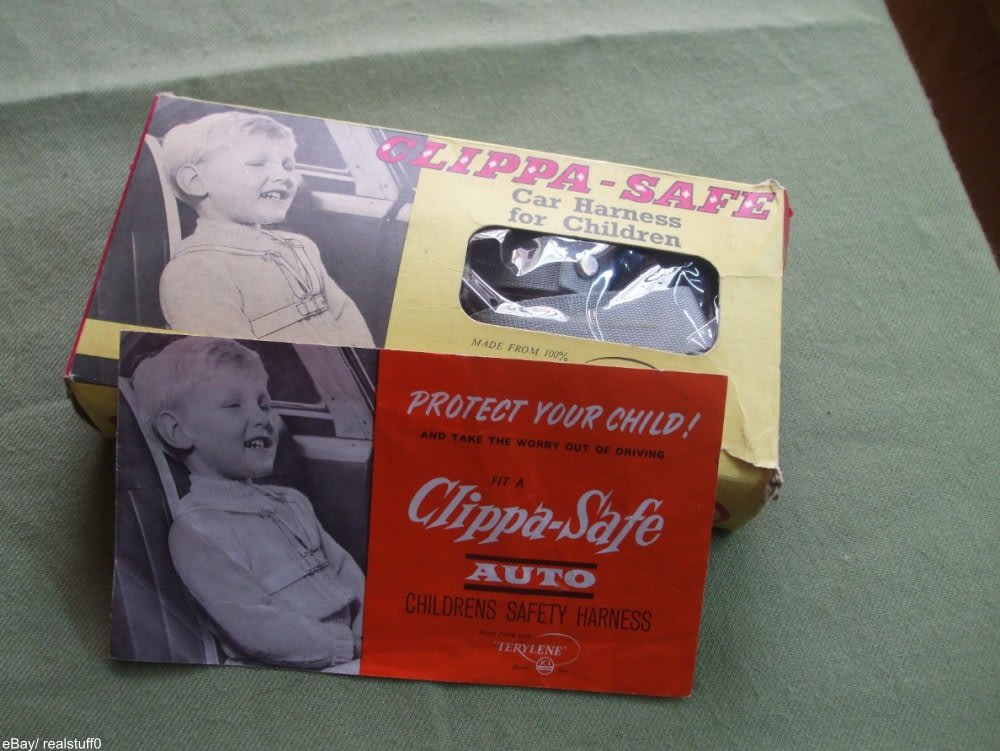 Moms often left babies in their strollers outside a store while they did their shopping as kidnapping was an almost unheard of thing back in the day. Moms assumed that no harm would come to the baby while they were inside, and they probably never thought the child would escape either. Babies were also left on porches and balconies -to get some fresh air- while Mom was inside. No one thought anything of it back then. 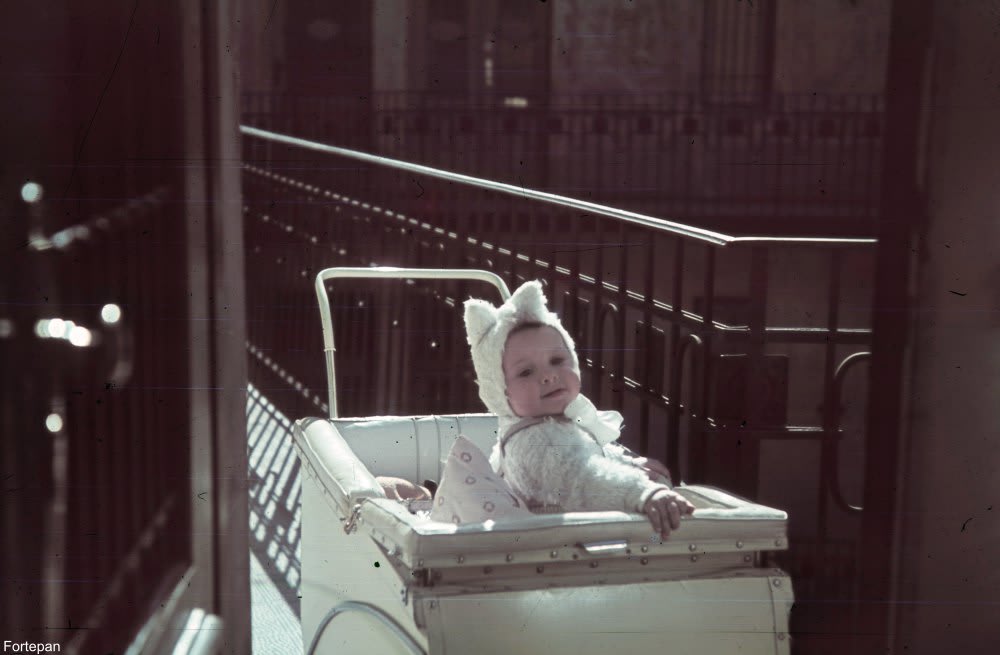 Children rode in the back of station wagons like it was no big deal, no seatbelts or anything. This was quite common well into the 1980s and has only really ceased because stricter laws on child car safety have been passed and enforced. Parents did not discourage children from doing this because it often meant a quieter ride, especially if any kids fell asleep in the back. Older model cars allowed for the very back window to be opened entirely. 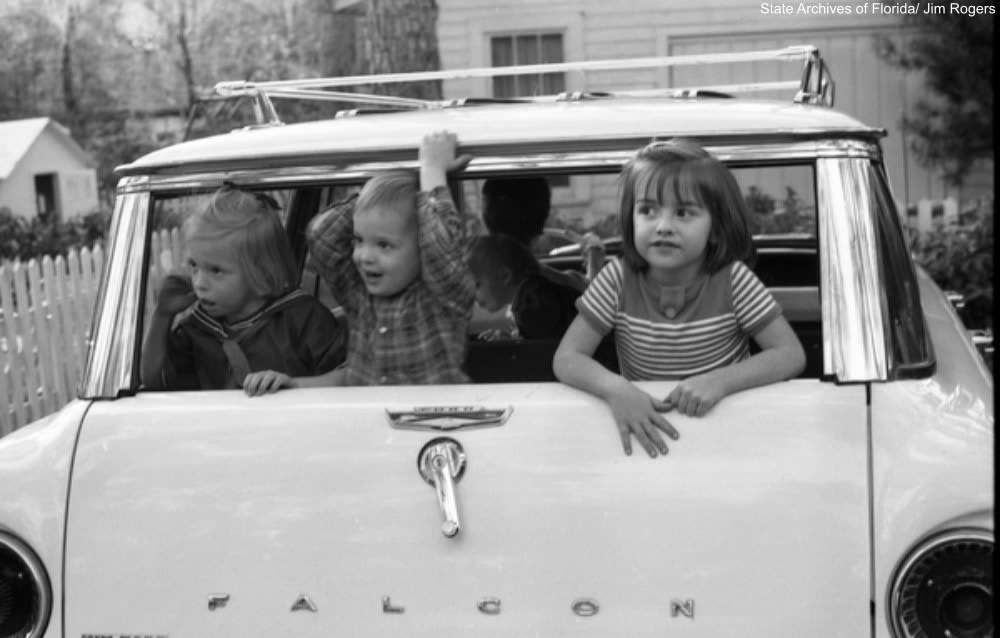 Baby bottles had rubber nipples which simply stretched around the top of the glass bottle. This was not only a choking hazard if the child pulled it off, but the bottle was also too heavy for the baby to hold until they were just about totally weaned. The bottles were also sometimes rather large and the huge quantities of formula made in them was often saved for later when the baby inevitably couldn’t finish it all, a dangerous practice which exposed the baby to all kinds of bacteria. 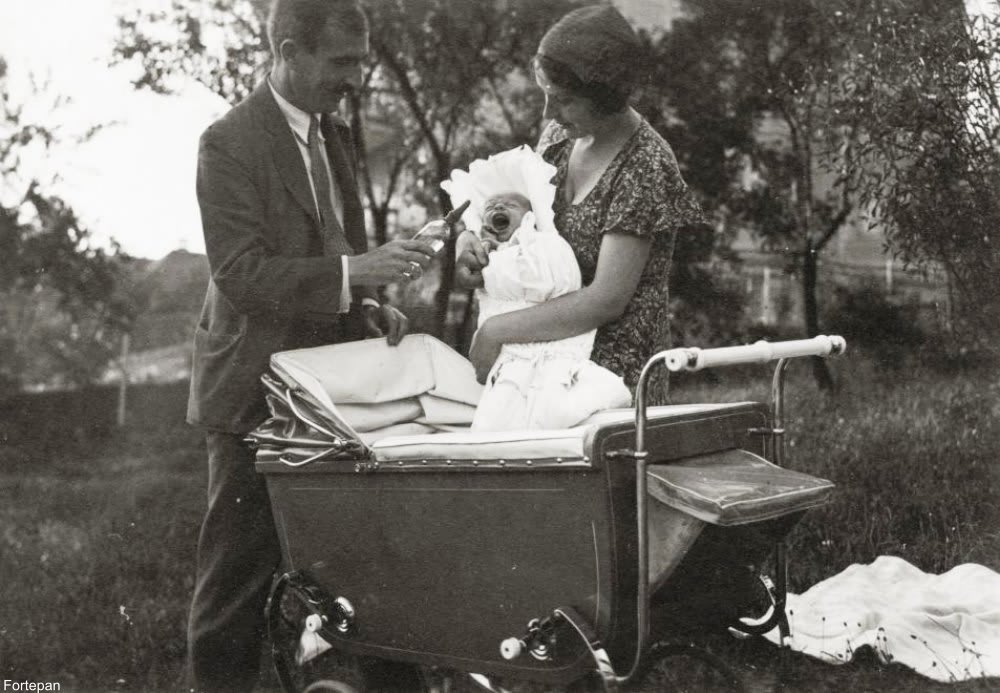 Some high chairs didn’t always have a way to keep the baby in them and they were simply open in the front! Talk about a huge design flaw. Today’s high chairs not only have divided trays and adjustable features, but also harnesses and wipe-clean upholstery. 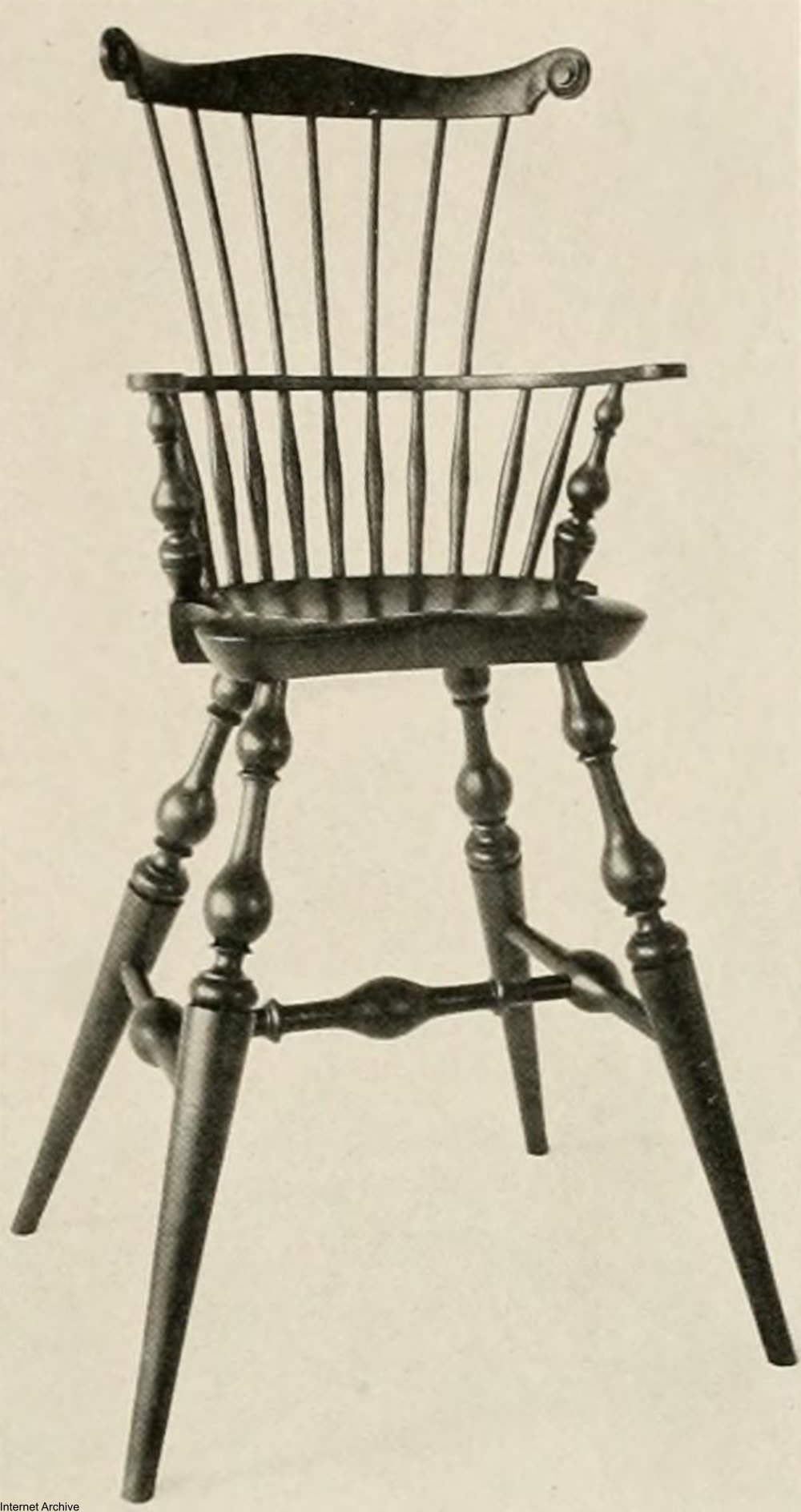 Crib toys or teething toys were sometimes made from Bakelite, which can contain all kinds of chemicals like formaldehyde and asbestos just to name two. Bakelite pieces were strung as beads and were quite easy to get apart, with plenty of small pieces for baby to choke on. Later versions ditched the Bakelite for painted wood or plastic, but were still choking hazards. 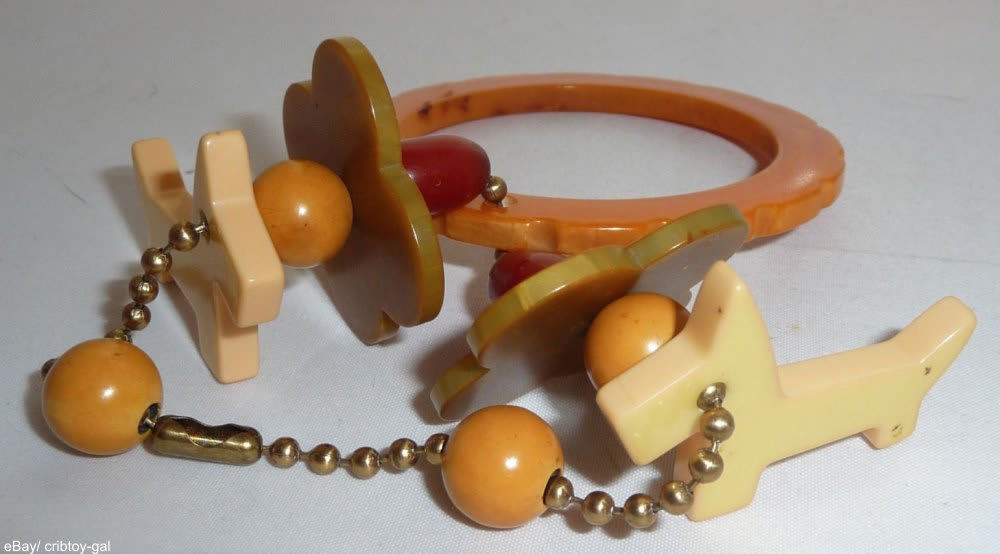 Old footage shows just how dangerous the rides at Coney Island used to be: Click “Next Page” below!