Most of us are aware that some dogs have a difficult life. That is the case for King, a 12-year-old dog that was living on the streets after being abandoned by his former owner. King lost one of his legs when he was struck by a car and after his surgery, he was taken in by an animal rescue group, Marley’s Mutts. They decided they would find the King a home but it was difficult because he was a senior and had a severe disability. Nobody had put an application in for King, even after months of trying. 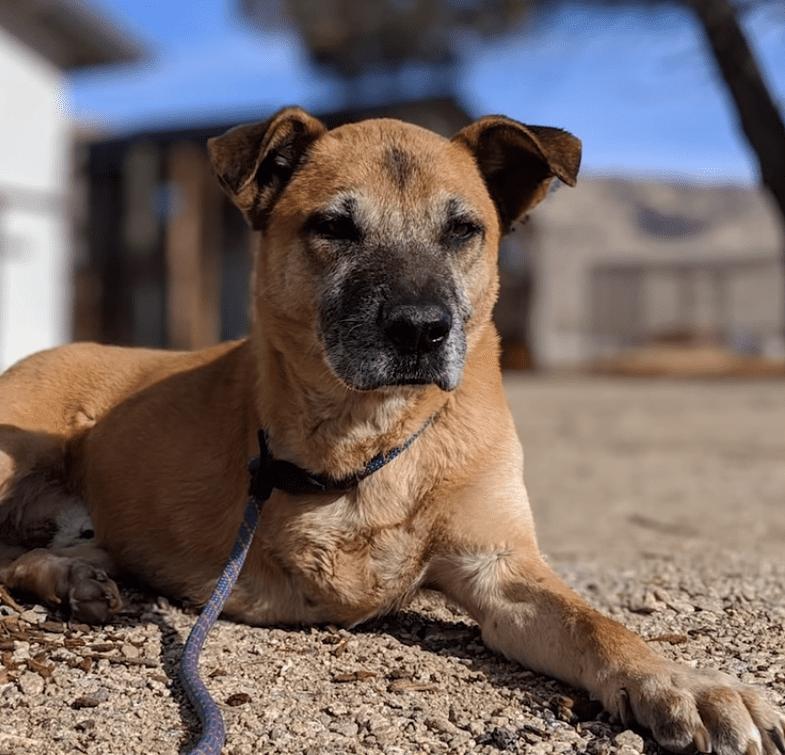 Rocky Kanaka is a TV host who heard about the dog’s story and decided he would help him. He is the host for the TV show, Dog’s Day out.

On that show, he takes shelter dogs out for a perfect day. The dogs have a lot of fun and in the end, they often find a forever home. 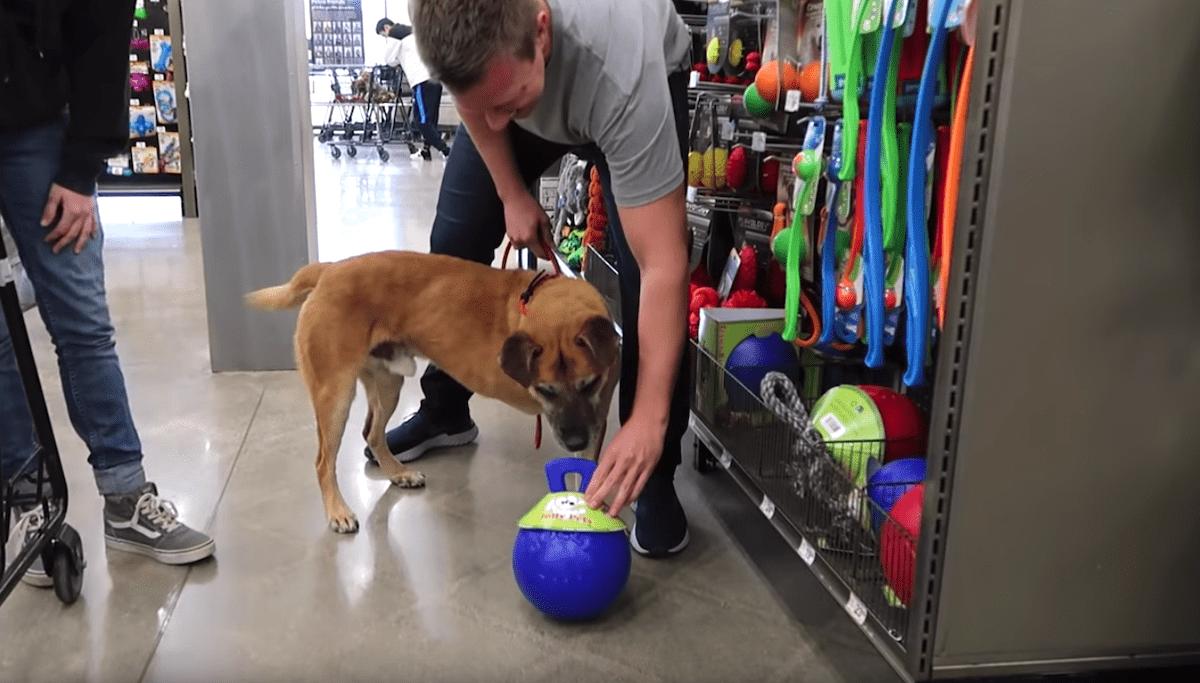 Rocky decided to take King for a shopping spree. He posted the video on YouTube, explaining he would buy King everything he touched. It doesn’t matter if it was fish food or toys, he would buy anything, provided it wasn’t a hamster. 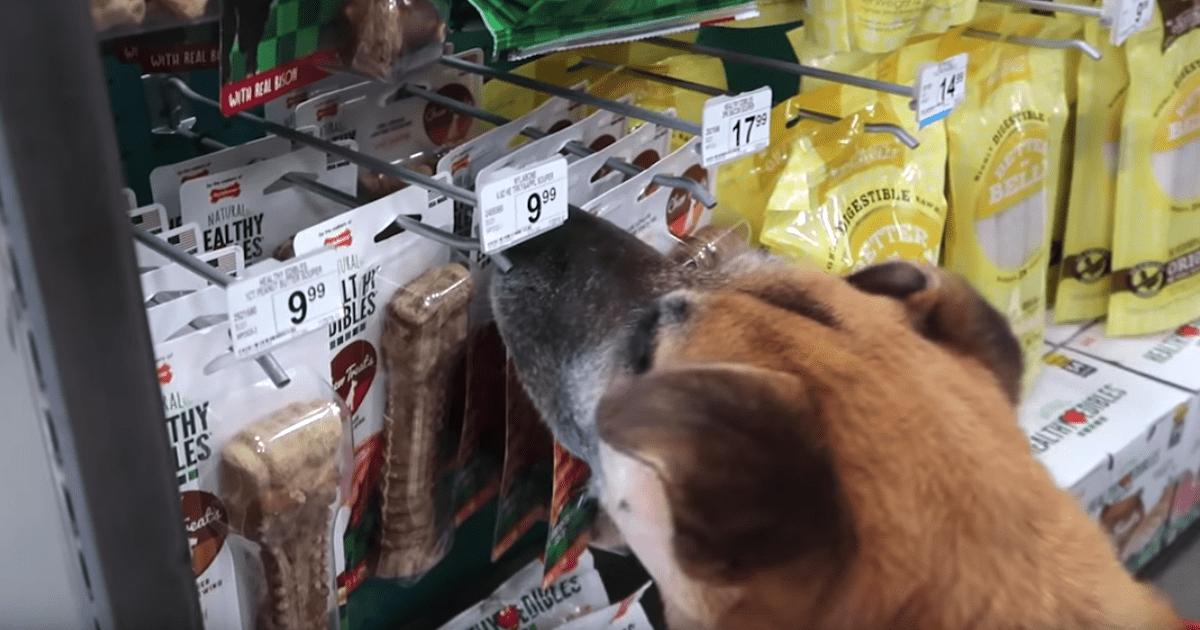 King had a lot of fun on the shopping spree. He picked out some dog food first.

When King was taken to the toy section, he was a little confused because he had never had a toy. Rocky stepped in to pick out a dinosaur for him and after King sniffed it, he touched it so it was put in the cart. 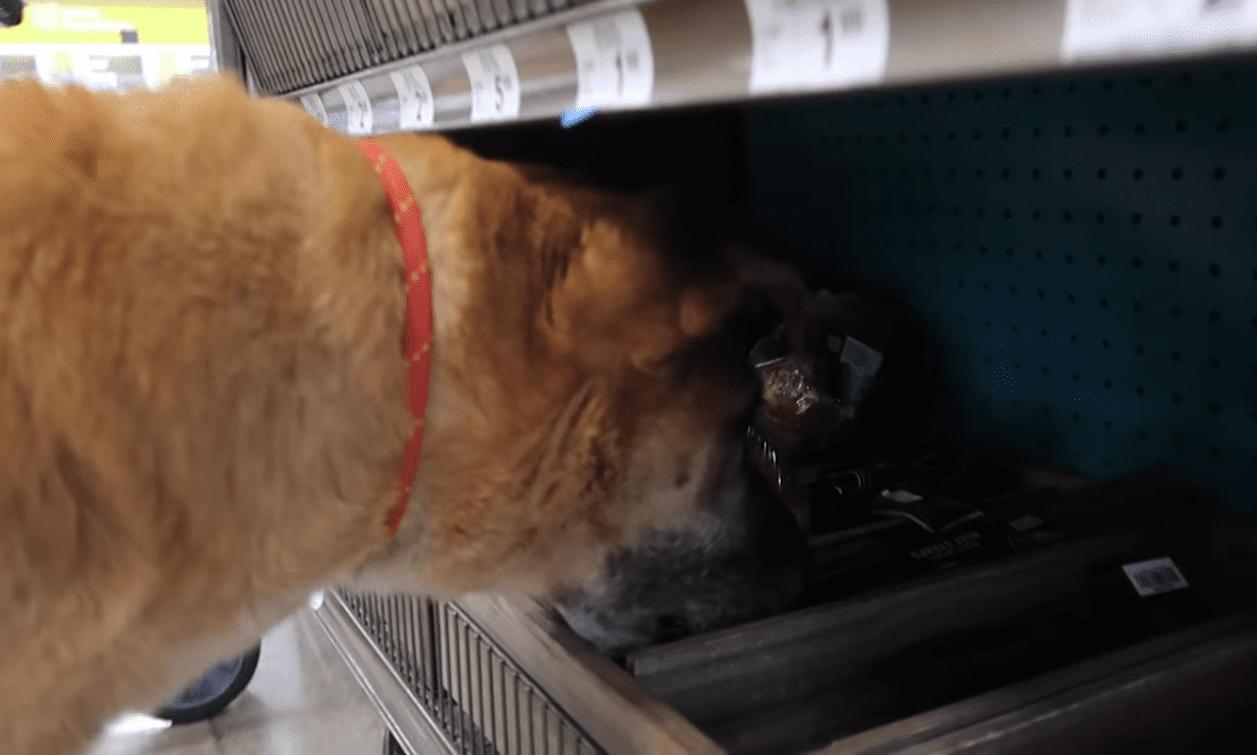 The shopping spree continued with King picking out all kinds of treats. “He’s cleaning house!” Rocky joked as King touched treat after treat with his nose.

King even surprised Rocky by touching a large cat tree. It gave Rocky a good laugh but he bought it for him anyway. 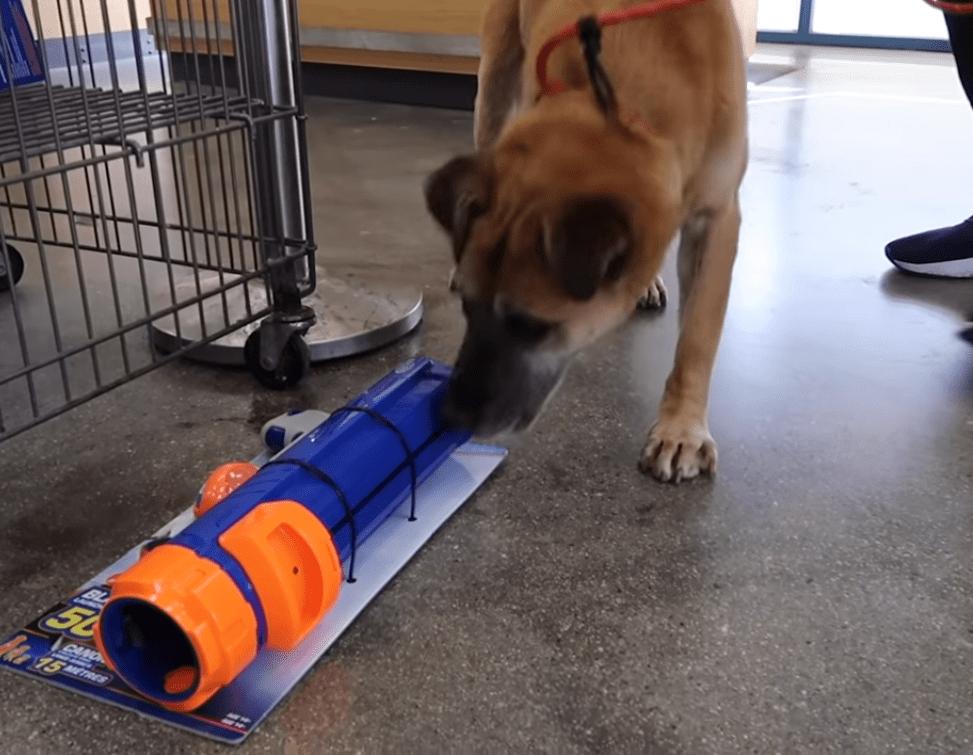 When the shopping spree ended, the cart was full of toys and treats. King kept wagging his tail while looking for something else to put in the cart.

The best news is, a woman adopted King just a few days after the video was posted.