Many of the designs that became so iconic and heavily embellished for film and music stars were originally intended to increase the safety and durability of garments for cowboys. Back in the olden days of driving cattle long distances, there were many risks to their well-being. The rough lifestyle meant not only safety was an issue, but that cowboys simply wore through their clothes quickly. Their clothes had to keep pace with the hard life they were living. 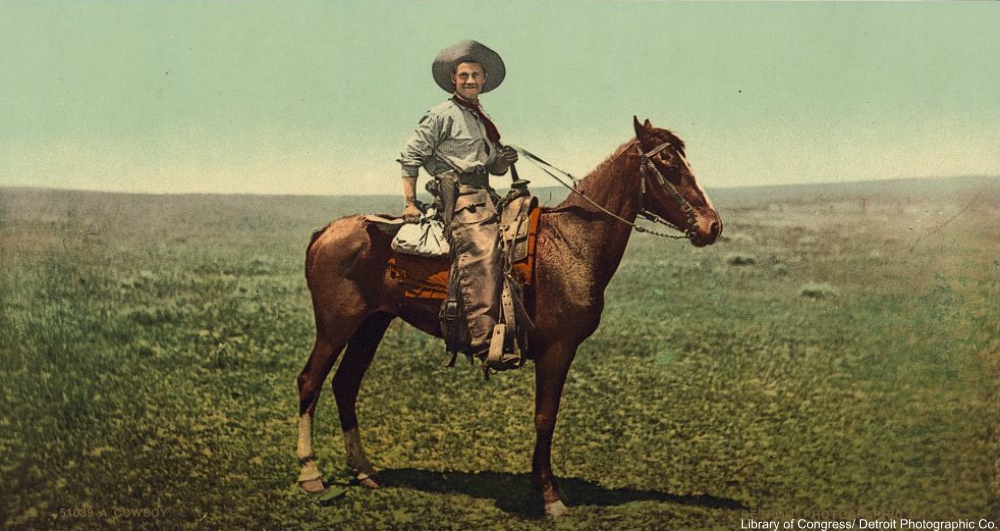 The reinforced yoke along the back of a western shirt is to get more life from the shirt, as cowboys were very poorly paid and were very hard on their clothing. Worn in warm and cold weather both, these long-sleeved shirts had to withstand an enormous amount of strain. Likewise, the snap buttons were a safety feature: if a shirt was caught on a bull horn, for instance, the pull away feature reduced injury and also meant fewer ruined shirts. 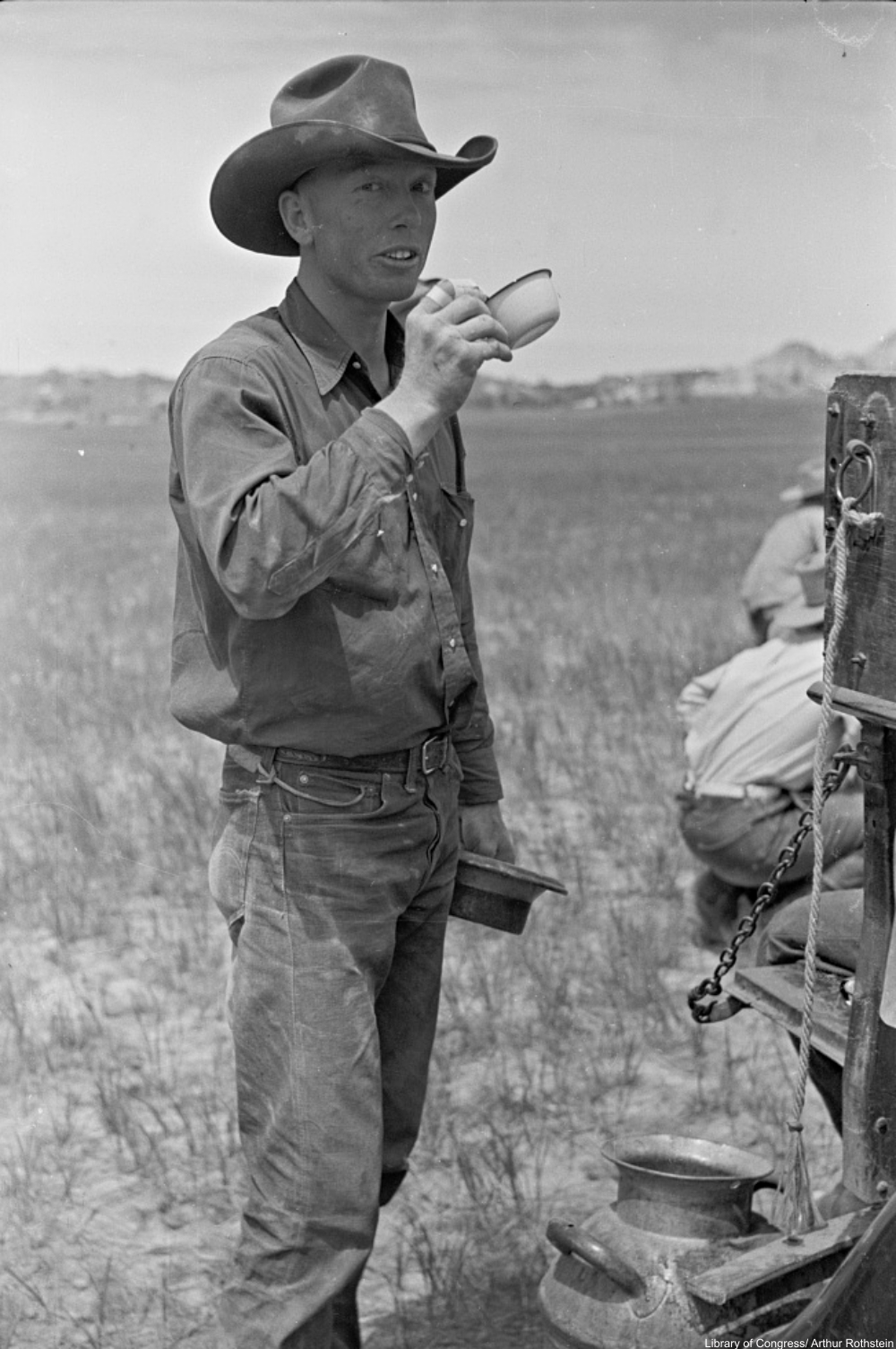 Jeans became popular for cowboy as they were far more durable, owing to the thicker fabric and riveted stress points. Before the advent of washing machines, men would buy their jeans a little too big so that after the jeans shrunk with washing they would end up the right size. As the first wash was put off for as long as possible, they cuffed the un-shrunk jeans, creating a new fashion that endures to this day. It was also a handy place to stash tobacco as it was more convenient to retrieve something from a pant cuff than from a saddlebag while on horseback. 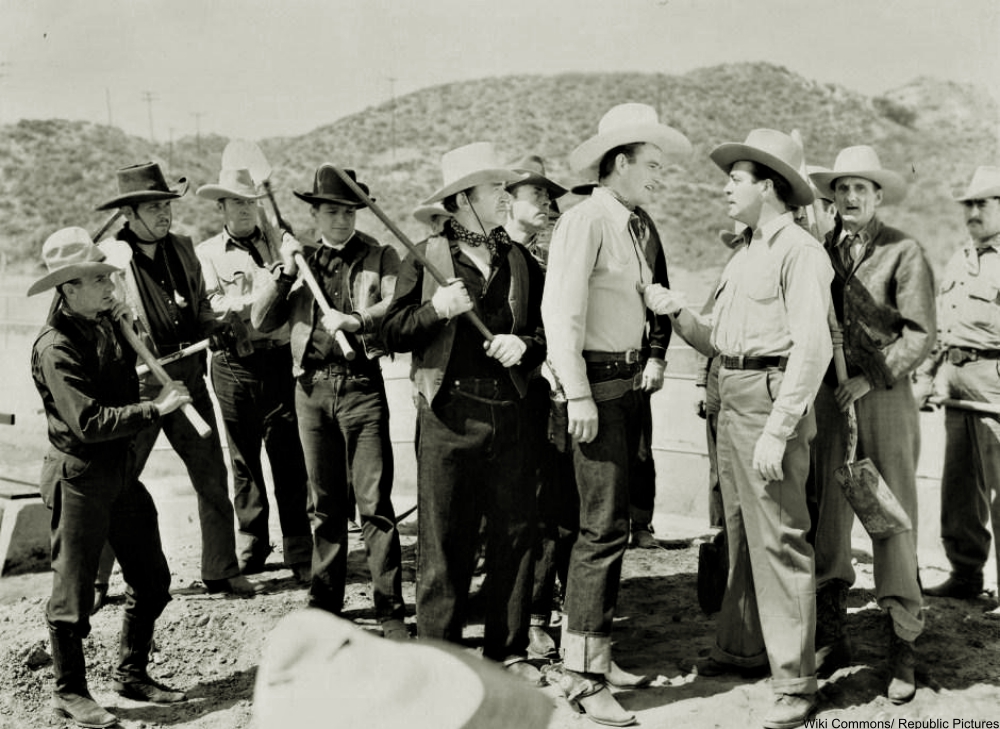 The wider reinforced cuff on the Western shirt sleeves is for protection against thorns and brush while on the trail, same goes for chaps. Chaps in the U.S. were usually leather, but the “woolies” (made from hides with the fur still on) became popular when cowboys from Mexico introduced them to cowboys in the U.S. in the 1860s. American cowboys realized that they could provide some much needed warmth on cold nights camping under the stars. 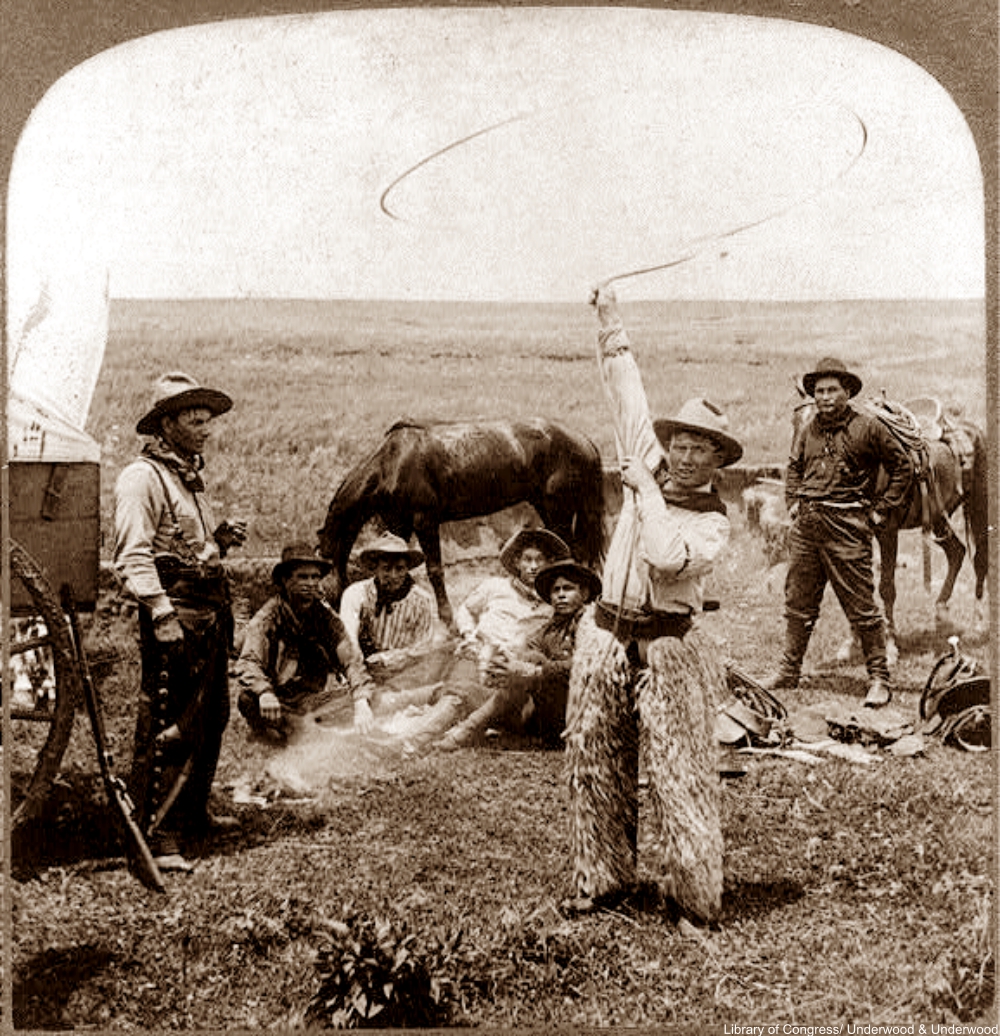 Cowboy boots, ever the popular style, have a history that not everyone agrees on. While calvary boots were certainly the inspiration, these boots have been transformed into a truly unique form of footwear. With the telltale stitching, raised heel, and pointed toe, the cowboy boots we know were not always so. The pointed toe only gained popularity after public figures were seen wearing flashy designs. Western flicks featuring the likes of John Wayne and popularity of rodeos and country music brought cowboy boots into the limelight. 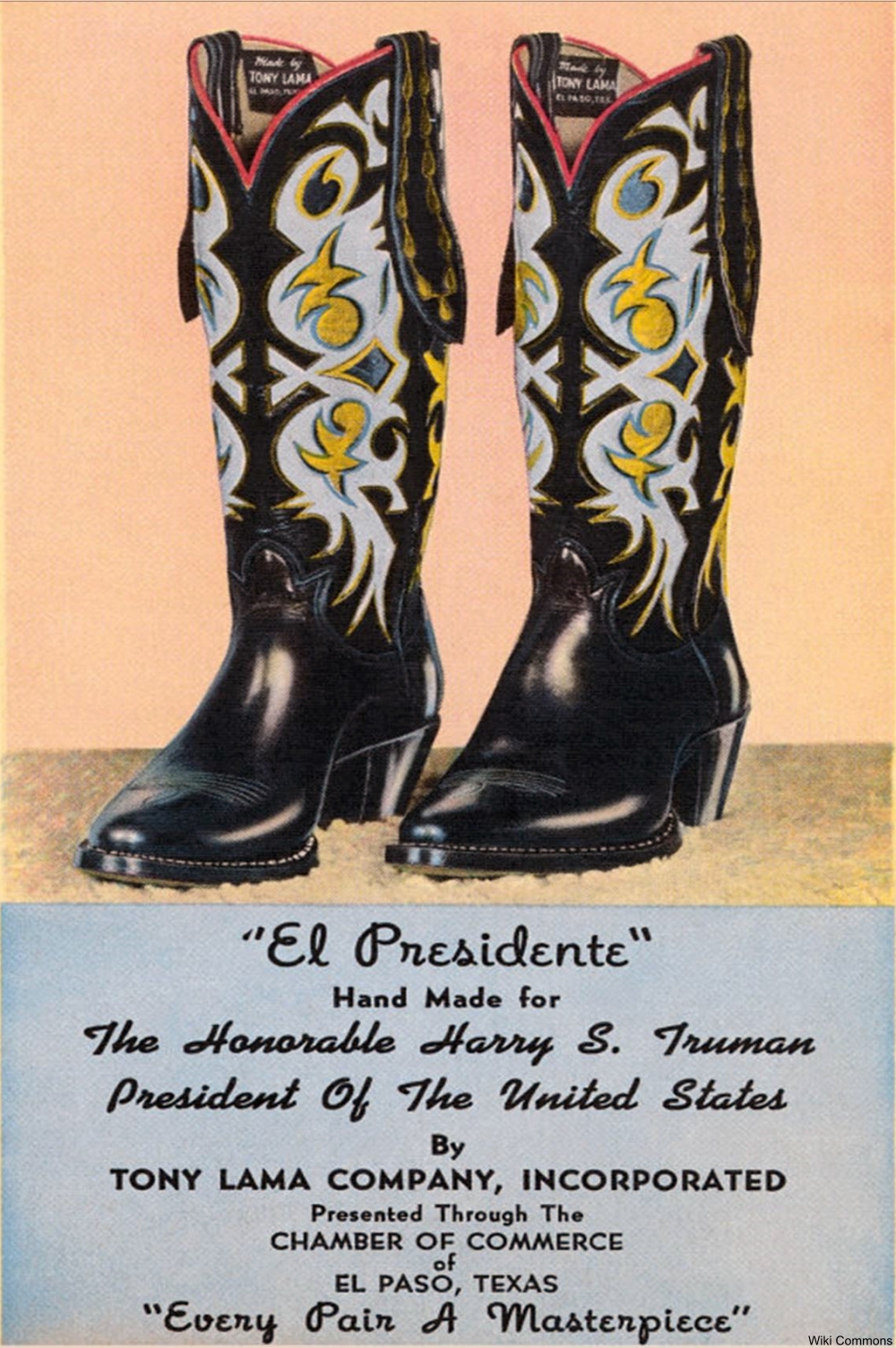 Likewise, the Stetson hat was born of necessity when John B. Stetson, the would-be gold miner and son of a hat-maker, was in dire need of protection from the elements while he was figuring out that mining wasn’t for him. Stetson came up with the idea of a wide brim to keep the rain off and an oversized crown to trap warm air, both made from felted fur to keep the water out. It was 1865 when he traveled back home to Philadelphia in order to begin production on what he hoped would be a wildly successful hat. By the 1870s cowboys were clamoring for this very useful hat.

The distinctive shape meant that the iconic piece of cowboy fashion became instantly recognizable as cowboy attire. The nickname of ten gallon hat is likely derived from the galón in Spanish, a leather braid worn by the Mexican vaqueros, of which the tall Stetson hat could accommodate ten easily. 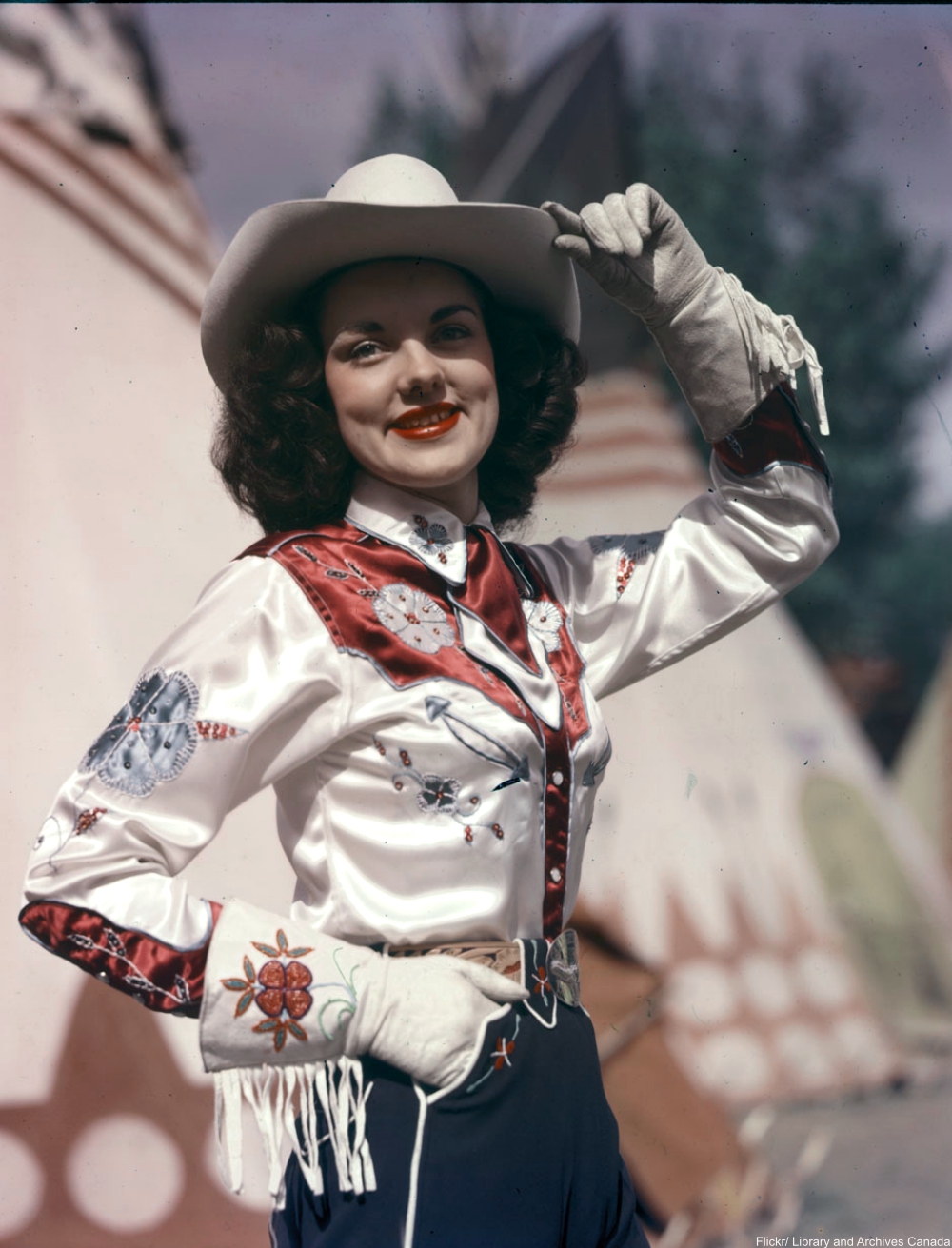 While we often think of Western wear as satin shirts with fringe and rhinestones, the real cowboys who were wearing much more basic versions, designed for functionality and longevity rather than for show. The old Western films we still love to this day may have made them popular for the rest of us, but these rugged clothes were actually designed for a hard life out in the elements.

Click here to see some amazing photos of the Old West!