In the Days of Old a Hairball Was Considered Good Medicine

Before modern medicine changed how we saw illness, all manner of strange remedies were used. It was believed that the essence of supernatural or mysterious objects could imbue the sick or feeble with powerful healing. Pulverized mummy dust and whale ambergris in solution are examples of this and they could be expensive to purchase. Another bizarre medicine from long ago is the bezoar, a hardened hairball found in animal stomachs. 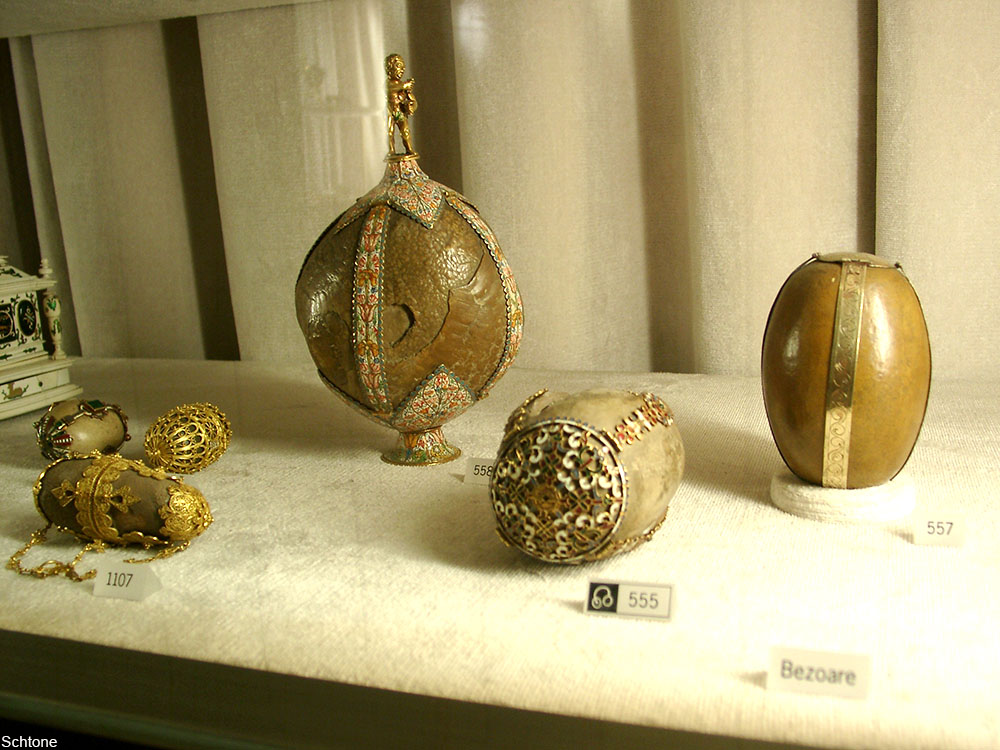 Bezoars in the Munich Residenz palace, Germany. Via/ Wiki Commons

A perfectly-preserved bezoar from a cow resides at the library of the New York Academy of Medicine. It’s appearance is quite smooth. Curator, Anne Garner, describes the process of its creation much like a stone in the ocean, getting swished around until it’s almost like a woman’s hair bun. 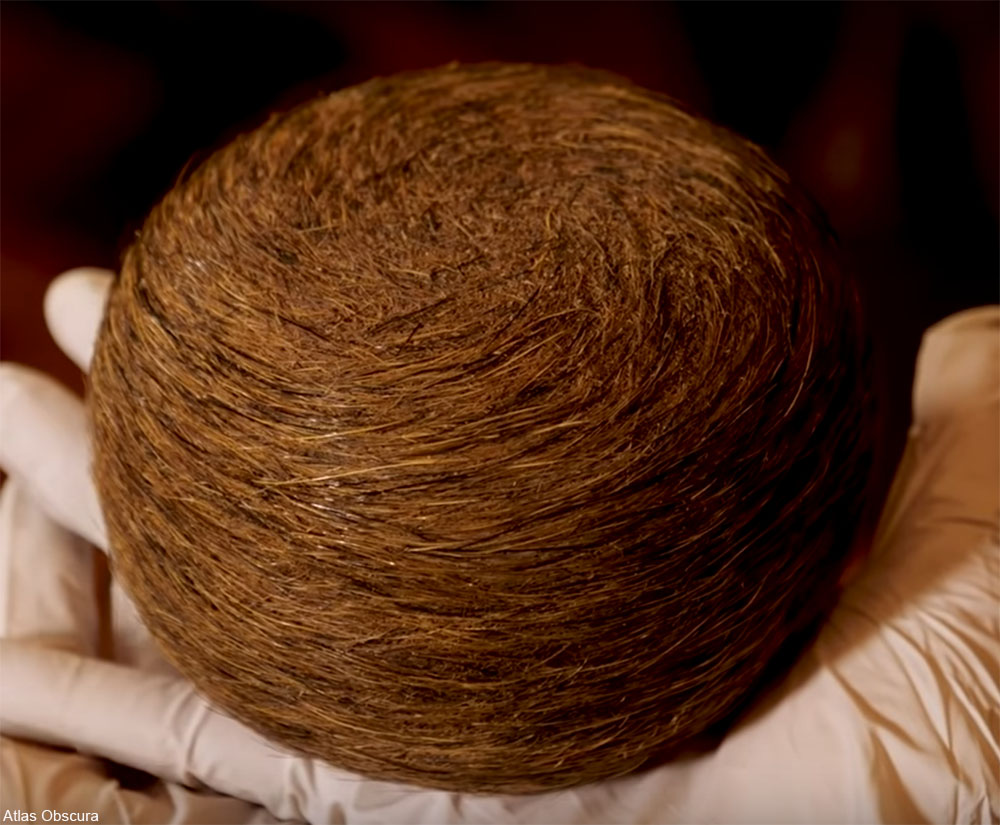 Cows and other ruminants get bezoars from ingesting hair, which is not something their stomachs can process. Bezoars can also be made from indigestible plant fibers and other materials as well. Indeed, even human stomachs can create bezoars, although one presumes we ingest less hair than a fur-covered cow or goat. These masses are found in the stomach and can sometimes prove fatal. 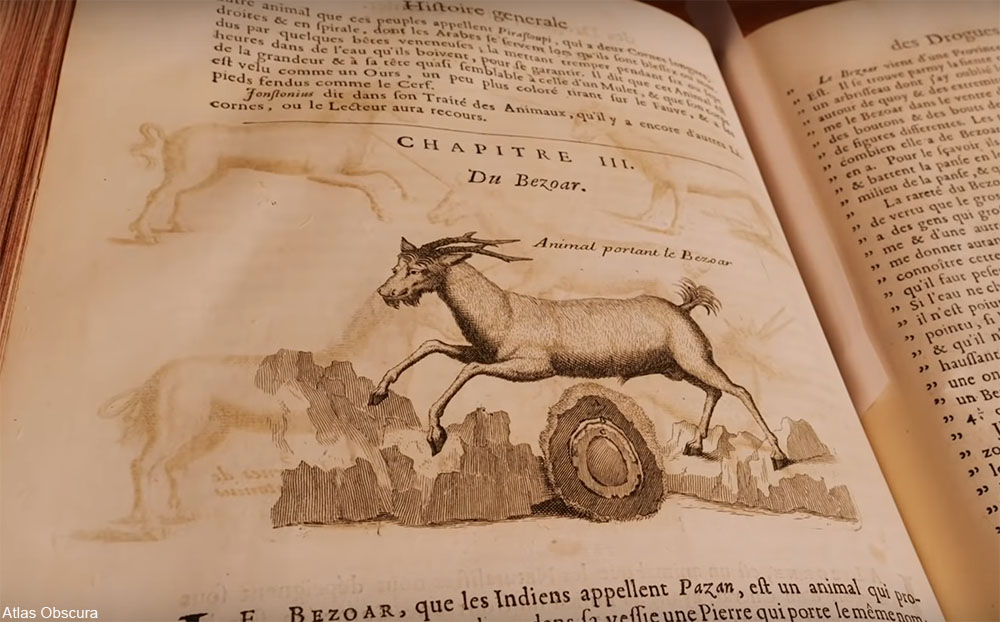 The scarcity of natural bezoars led to a market for artificial ones in the 17th century. Called Goa stones, they were made from resin, hair, crushed gems, fossils, and other materials and were thought to have bestowed power on those who consumed them, often by adding a bit to their tea. 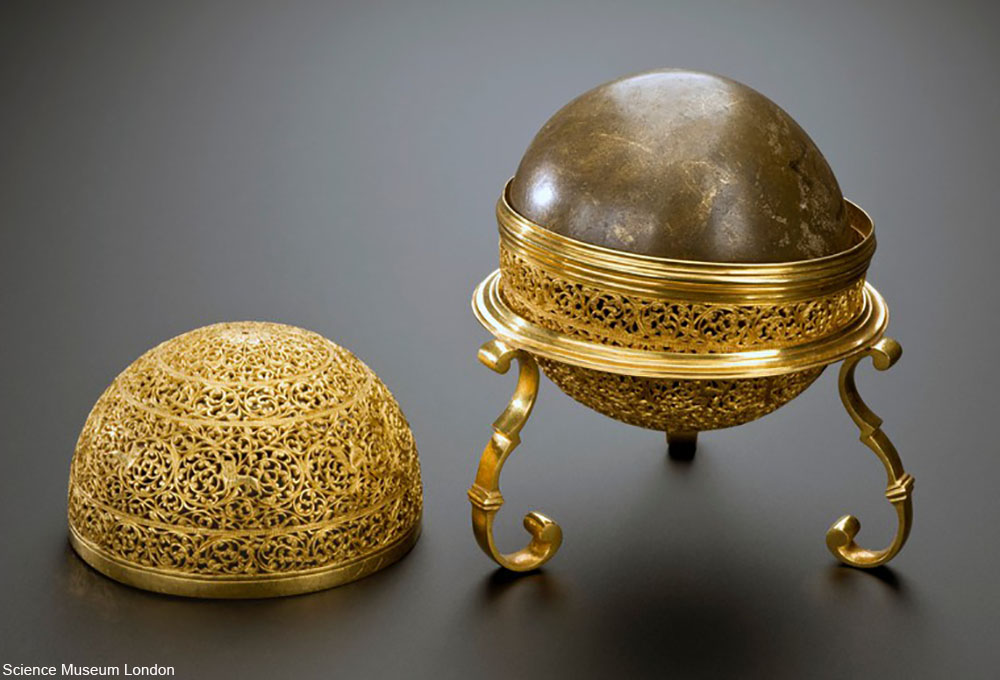 It was believed that they were the antidote for poison and they may be able to absorb arsenic, though how that was discovered hundreds of years ago is mystifying to say the least. Other maladies bezoars were supposed to cure included epilepsy and mercury poisoning, among many others.

Have a look at the rather large bezoar specimen from the New York Academy of Medicine in the video below.