If there is one thing that we know about people, it’s the fact that they love to snack. It seems as if this particular trait predates many of the snacks that we enjoy today. After all, you don’t need potato chips or Twinkies to take care of your munchies, and archaeologists have stepped up to the plate to prove that fact.

According to the New York Times, archaeologists have uncovered two human skeletons in Pompeii last month but they also made another discovery. It seems as if they have uncovered a thermopolium, which is a street food stall that is almost 2000 years old.

The thermopile, which dates back to 79 CE, is decorated with pictures of a dog on a leash, ducks, a rooster, and a nymph. Nearby were remains of what appears to be fish, sheep, snails, and other foods that people would pick up to eat as they were passing by. It is not the only thermopile unearthed in Pompeii. They have found about 80 others and it has taught us a lot about the way those people in that ancient city ate so many years ago. 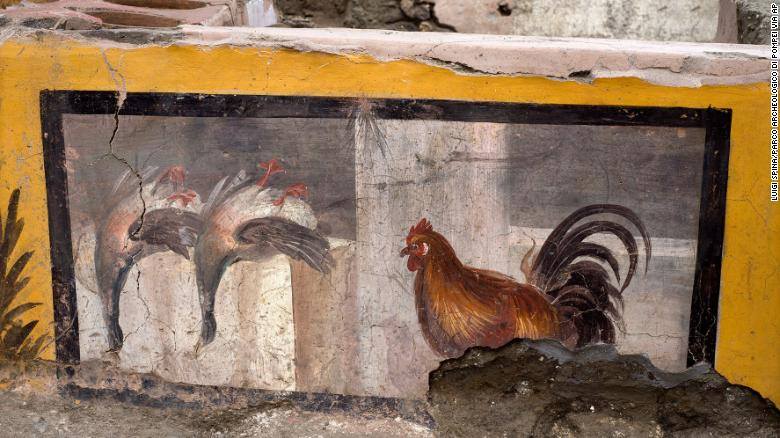 After being uncovered in 2019, the food stall was studied but a new phase of the excavation revealed the decorations of the animals that were likely sold for food at the market. The director of the Archaeological Park of Pompeii, Massimo Osanna, said that it provides “another insight into daily life at Pompeii” and is the first of its type to be excavated.

The New York Times reports that archaeologists have determined that wine was included in at least one of the vessels at the thermopolium. A skeleton of a mouse was also found in the stall. 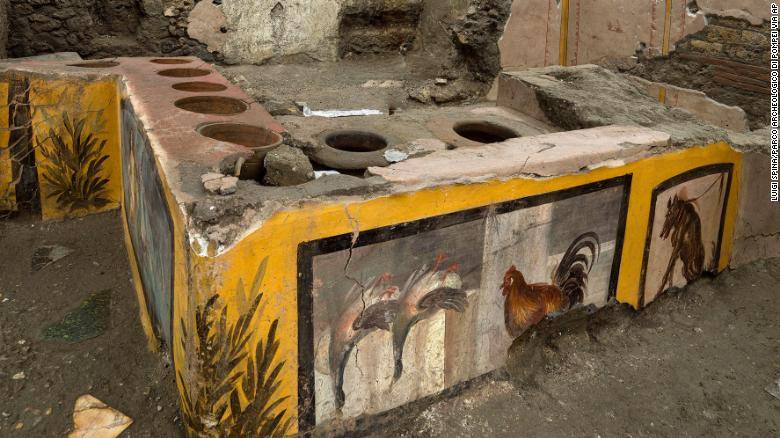 Researchers are going to look closer at two other jars that were found at the thermopolium, although archaeologist Chiara Corbino gives a spoiler alert, saying they were likely to hold different types of meat. 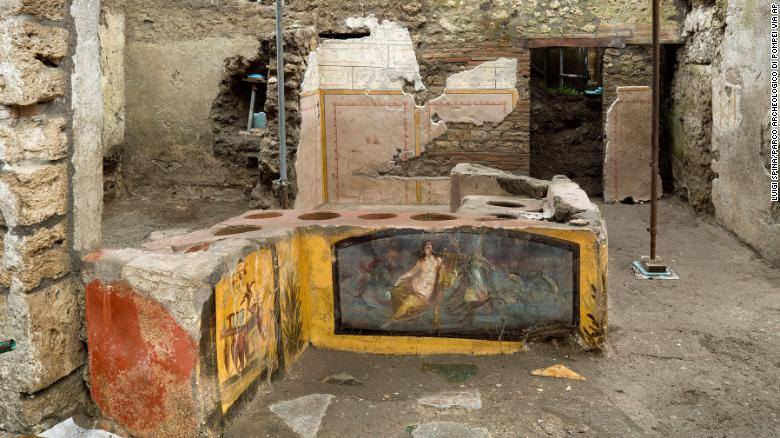 “We will analyze the contents to determine the ingredients and better understand what kind of dish it was,” Corbino told The New York Times.

Visitors have not been able to come to the site because of the pandemic but they are hoping that the public will be able to visit Pompeii by next Easter.