12 Photographs That Show How Hard the 1930s Were

The 1930s were a strange time for most people. Everyone from the very poor to many of the very wealthy lost what savings they had. Trained professionals had to learn how to become traveling salesmen, day laborers, and start at the bottom as there were very few jobs available. Photos from the era give us a small taste of what life was like back then, from how people lived to what kind of clothes they wore. 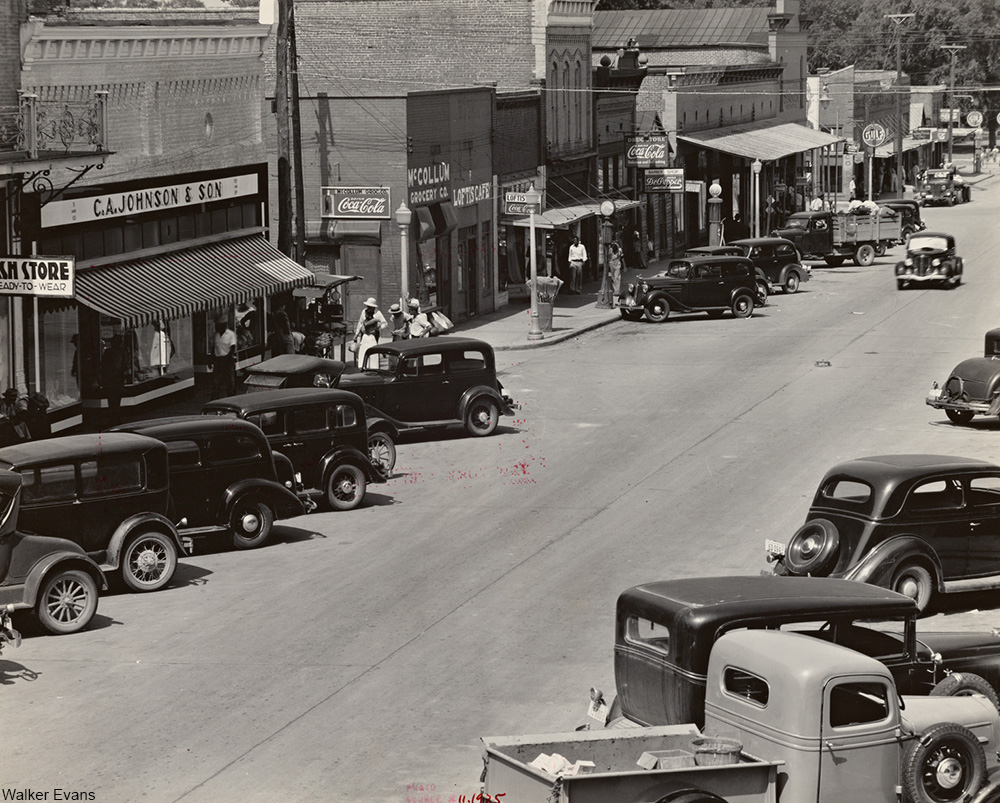 Many men resorted to hanging around in public spaces due to a shortage of work to be had, though many people assumed they were either hobos or loafers. 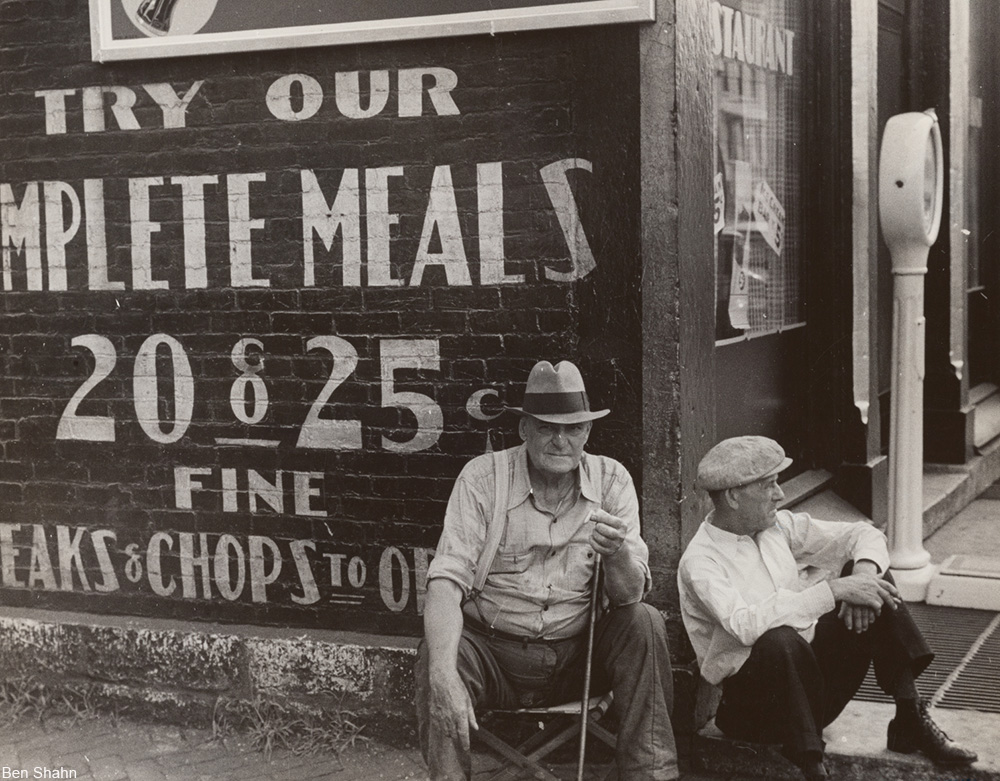 Original caption from 1938, “Loafers in a small town, Ohio”. Via/ NYPL Digital Collections

Even those who did work still had to live in shantytowns or squatter’s camps if they had no where else to live and were only making a pittance. 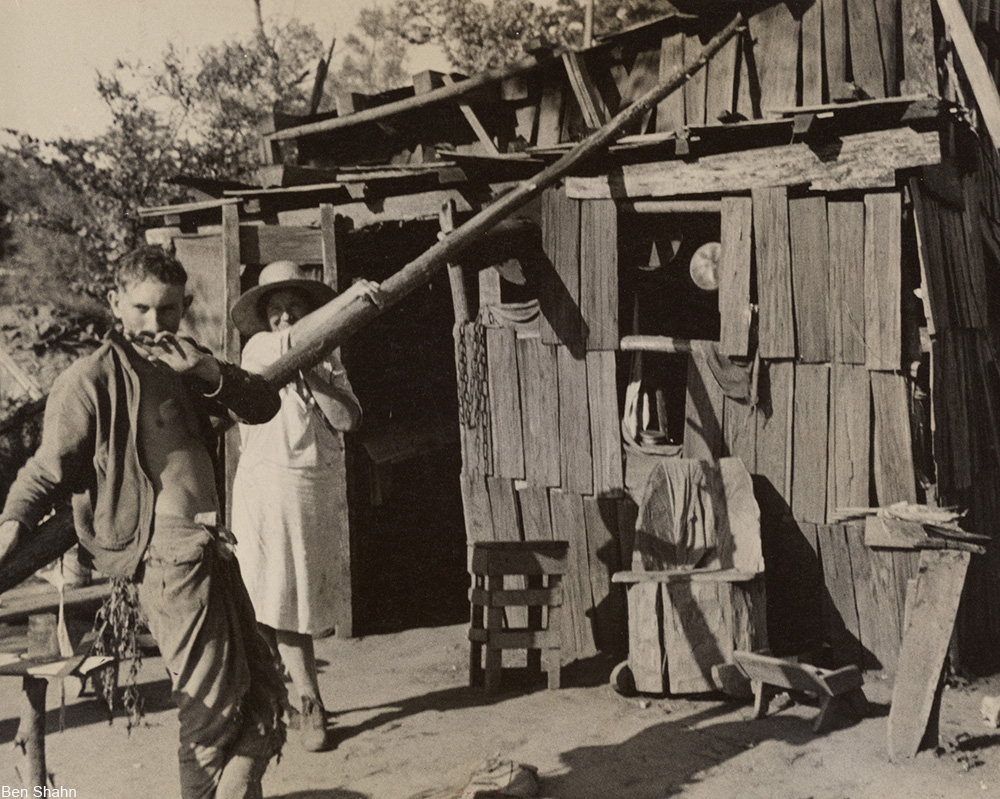 Families that were lucky enough to have a humble home outfitted it with whatever they had on hand, often with less-than-glamorous materials like newspaper or chicken wire. 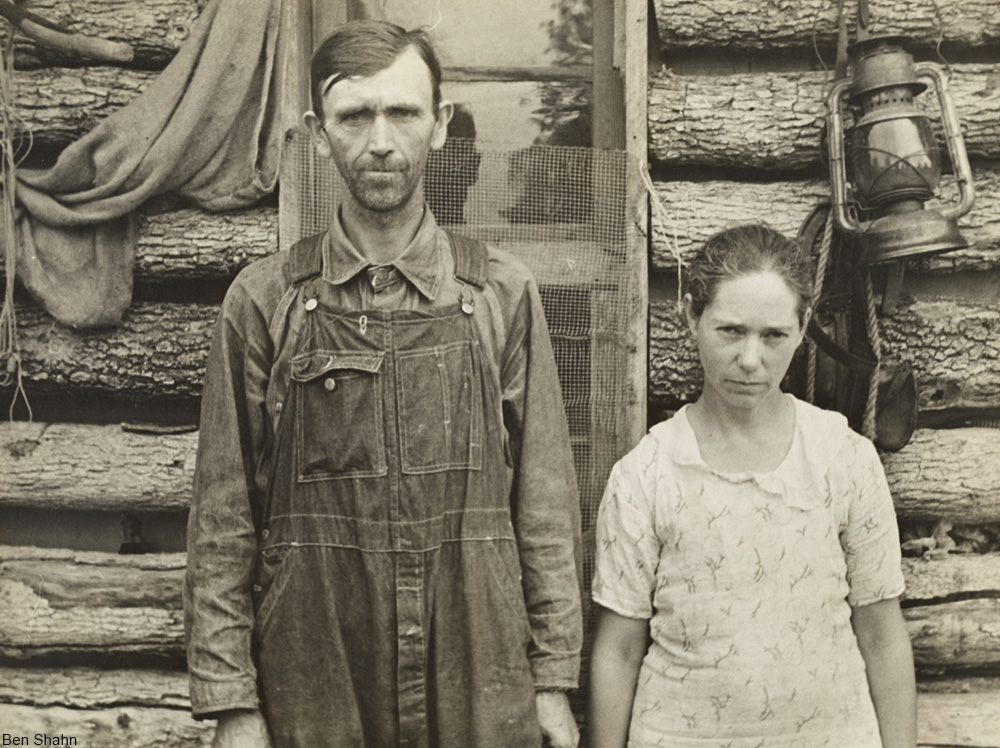 “Ozarks. Rehabilitation clients, Boone Co, Arkansas, 1935.” Note the “screen” on the outside of the window. Via/ NYPL Digital Collections

This drugstore window display gives us an idea of what some products in 1938 cost. Toothbrushes, nail polish, and white shoe polish were 19 cents each, while talcum powder was 29 cents. 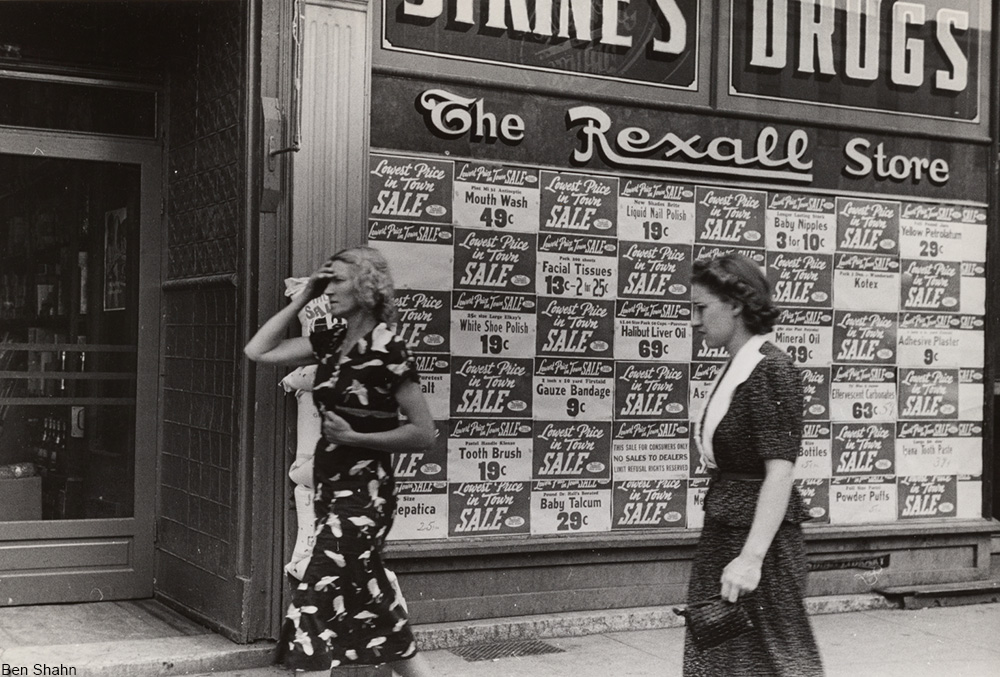 A much cheaper way of displaying your prices would be to write them out in chalk on the side of the building, as seen in this photo from 1935. Tomato soup was 5 cents a can, lard was 55 cents for a 4-pound package, and hamburger was 12 1/2 cents per pound. 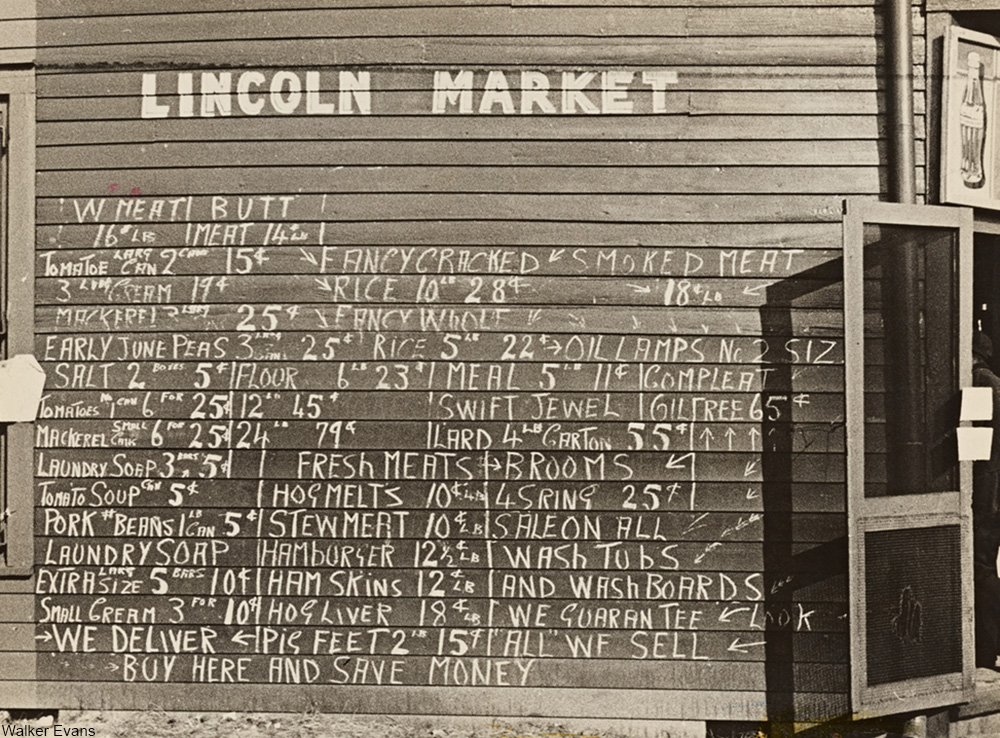 The 1930s style was unique and even those doing hard agricultural work reflected the day’s fashions, as was the case with this woman wearing a cloche style hat while working in the cotton fields. 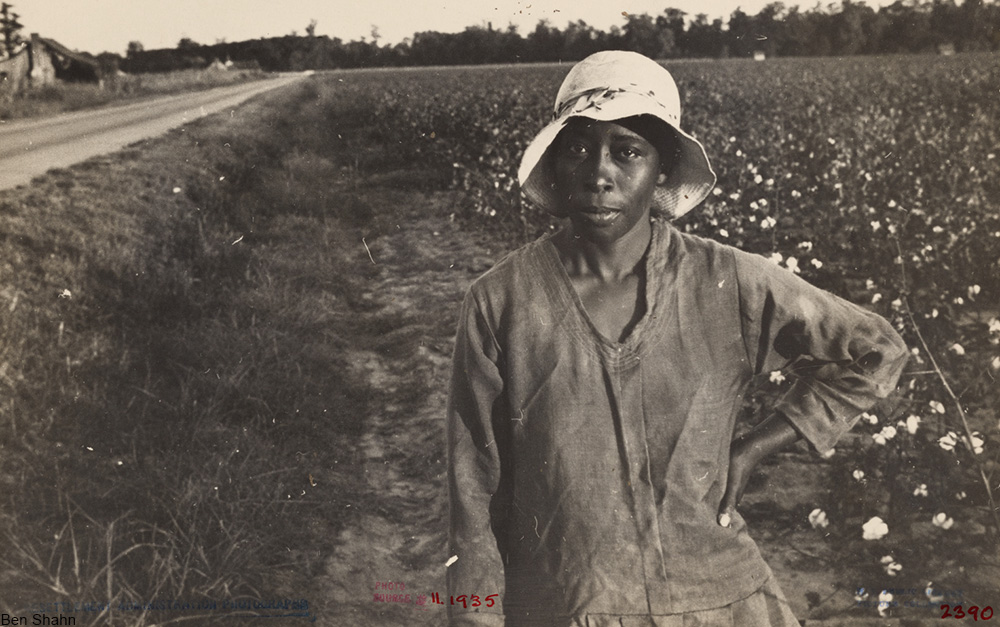 This poor couple, with no place to call home, built a shack from thin wooden supports, cardboard, and scraps of sheet metal. How cold that must have been to live in. 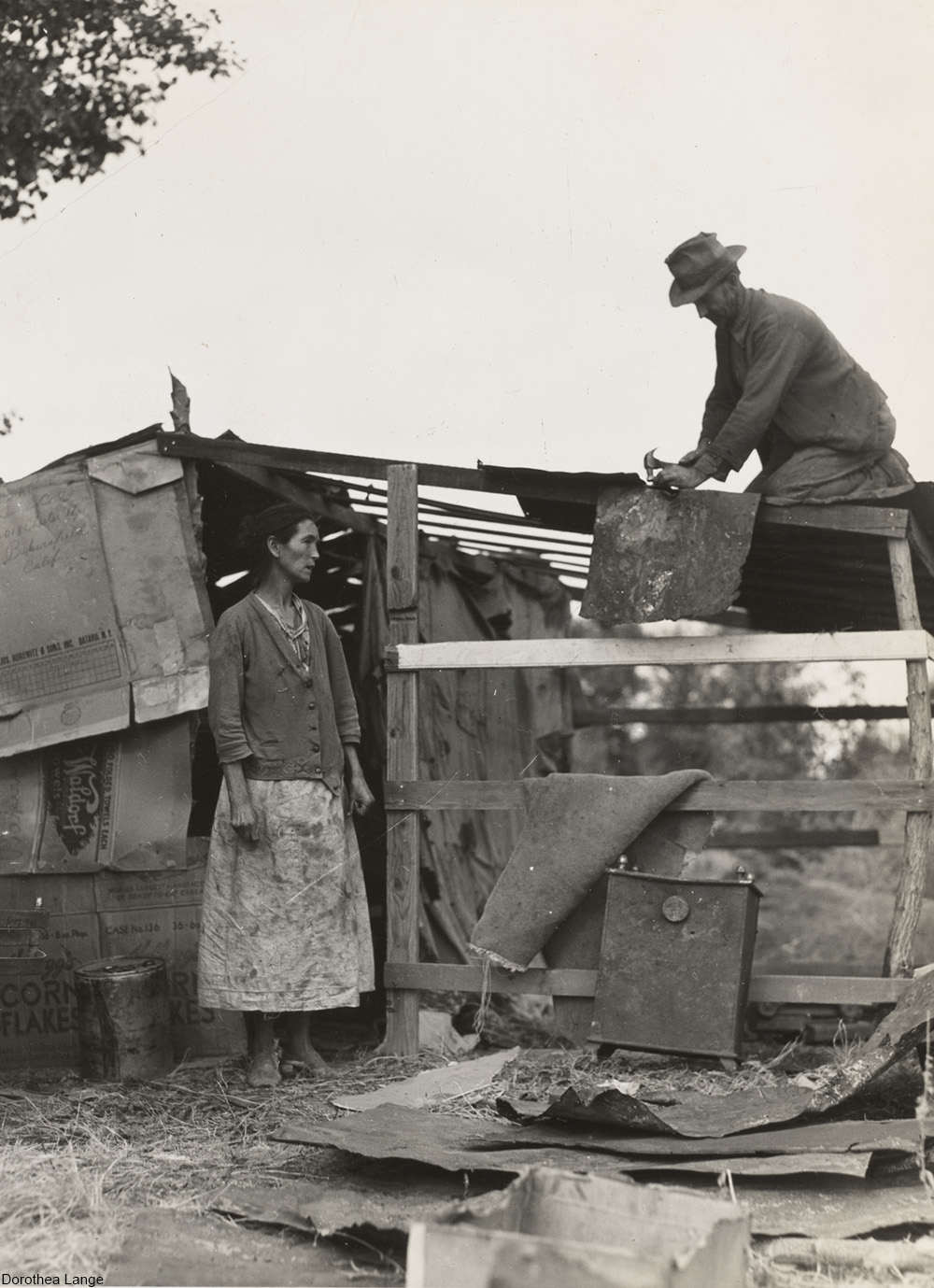 For many people traveling from town to town was the only way to earn any money at all. The number of shantytowns and hobo camps rose steeply during the 1930s, often referred to as Hoovervilles. 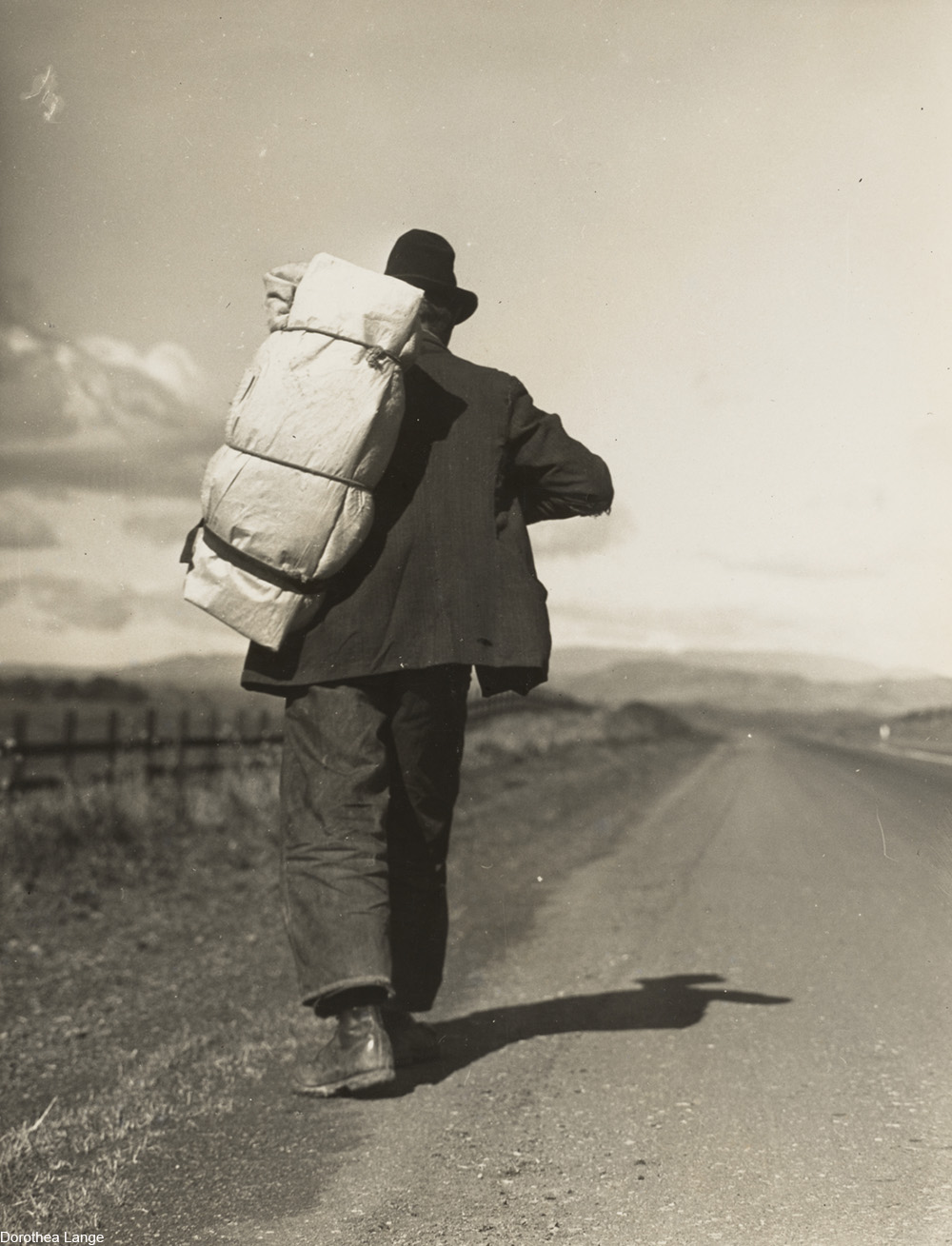 In may areas families had to use a pump to get their water. In agricultural camps and mining cabins, sometimes many families would share one pump of cold well water. 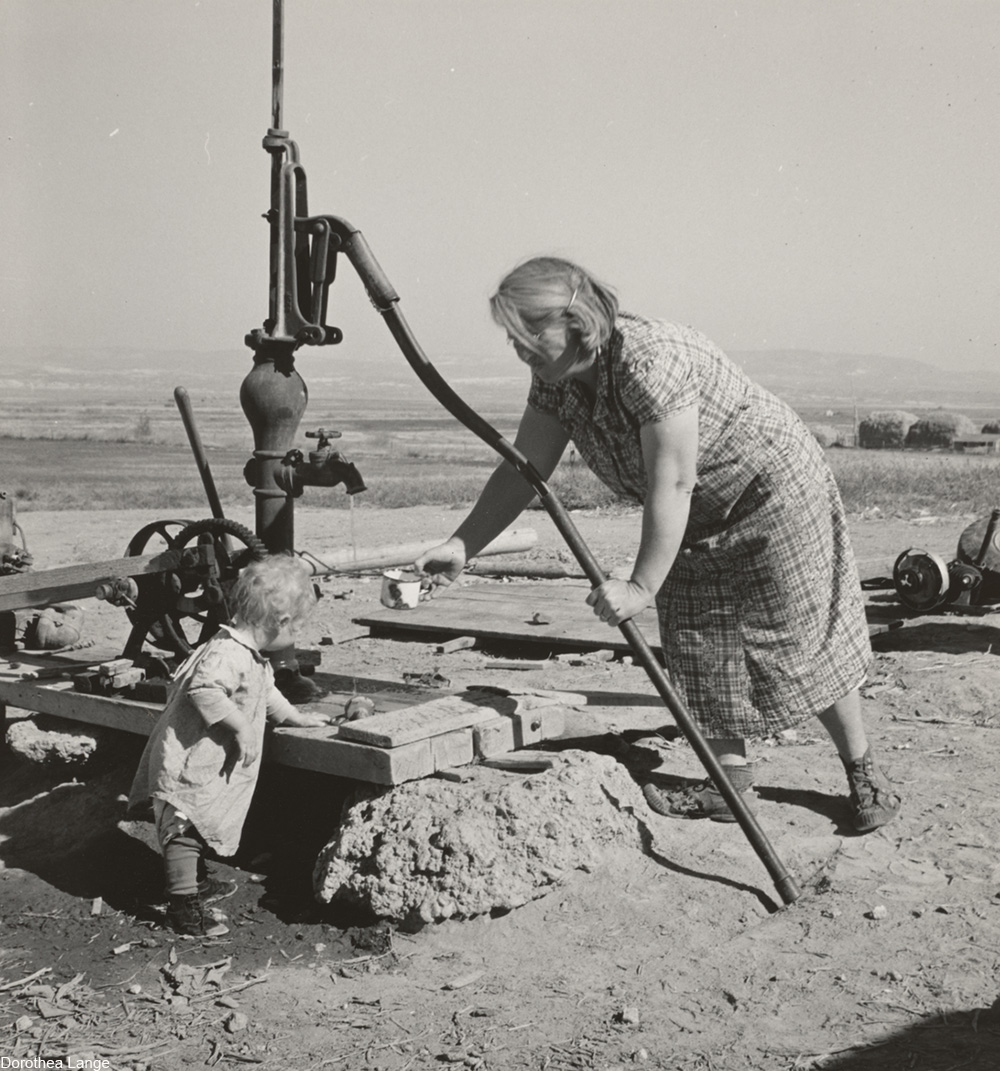 Despite the hard times, large families were still quite common, especially in rural areas which were sadly the hardest hit by drought and joblessness. 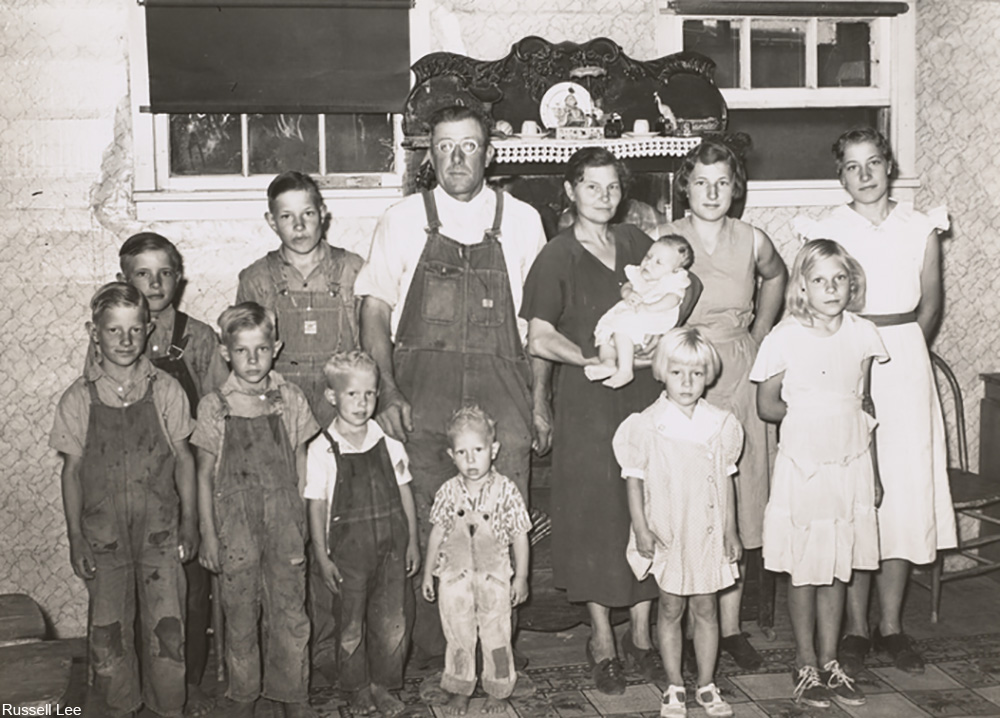 Just imagine trying to feed a huge family from a country store like the one below. The choice and quantity of products is so much less than what we enjoy at the grocery today. 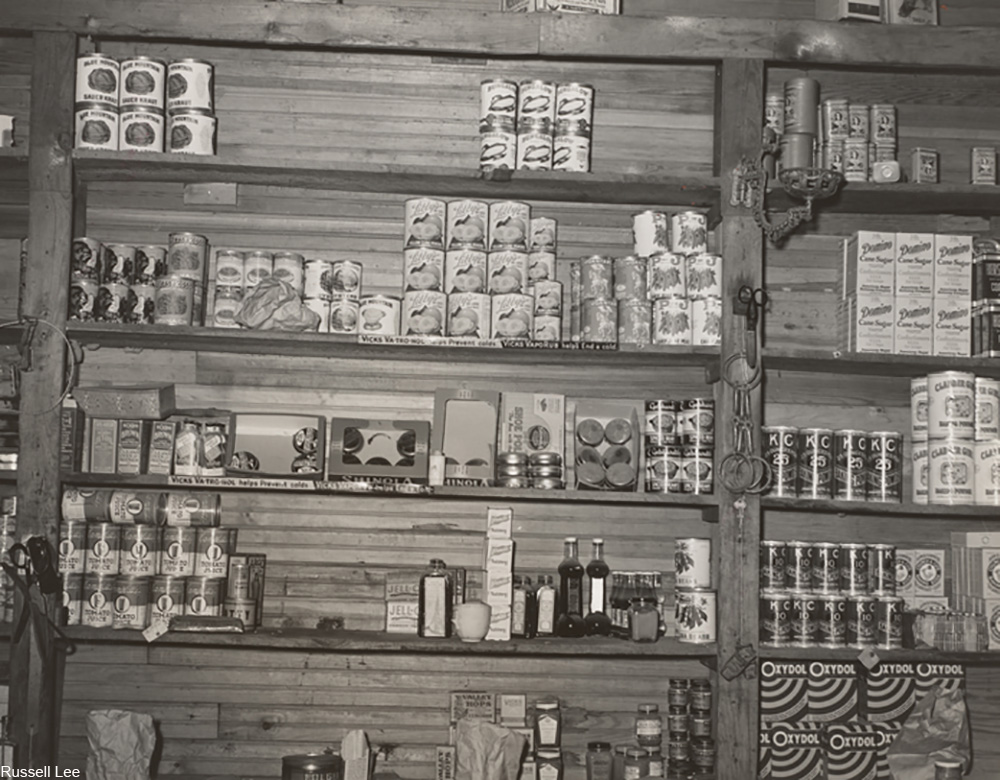