Many people know Winston Churchill as the stalwart, cigar-smoking champion of England as Prime Minister during World War II (and beyond). Many even know of his Nobel Prize in Literature. But, most folks don’t know that Churchill was also an avid painter, creating more than 500 vibrant paintings during his lifetime in watercolors and oils. And, get this, he never had even one formal art lesson! 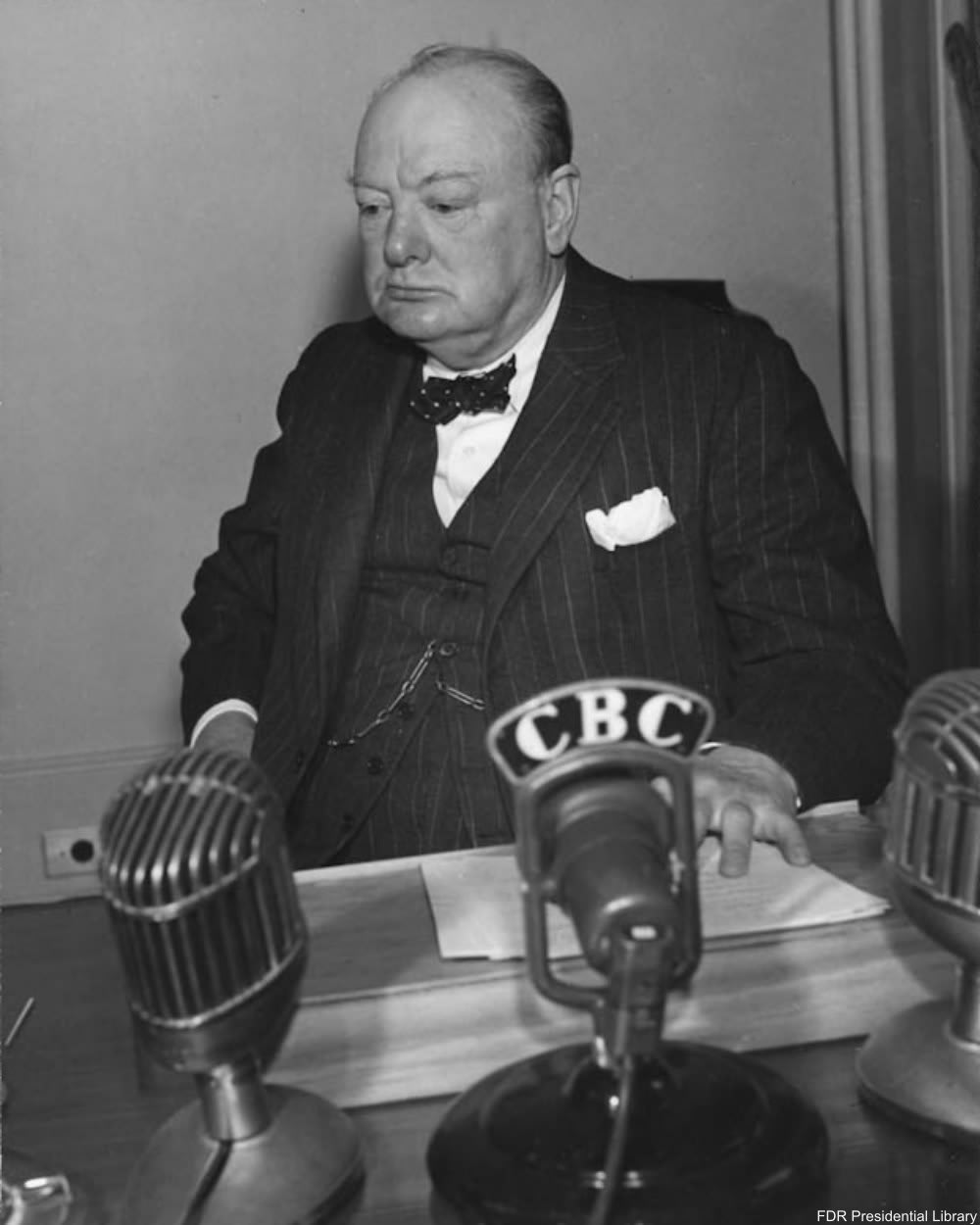 Churchill’s long career in the military and in politics was not without its many highs and lows. After he was relieved of duty from his position as First Lord of the Admiralty in May 1916 after the famously bloody Battle of Gallipoli in Turkey when around thousands of Commonwealth soldiers lost their lives upon the orders of Churchill. Churchill’s mood was was quite low after this and he resigned to join the Army instead. 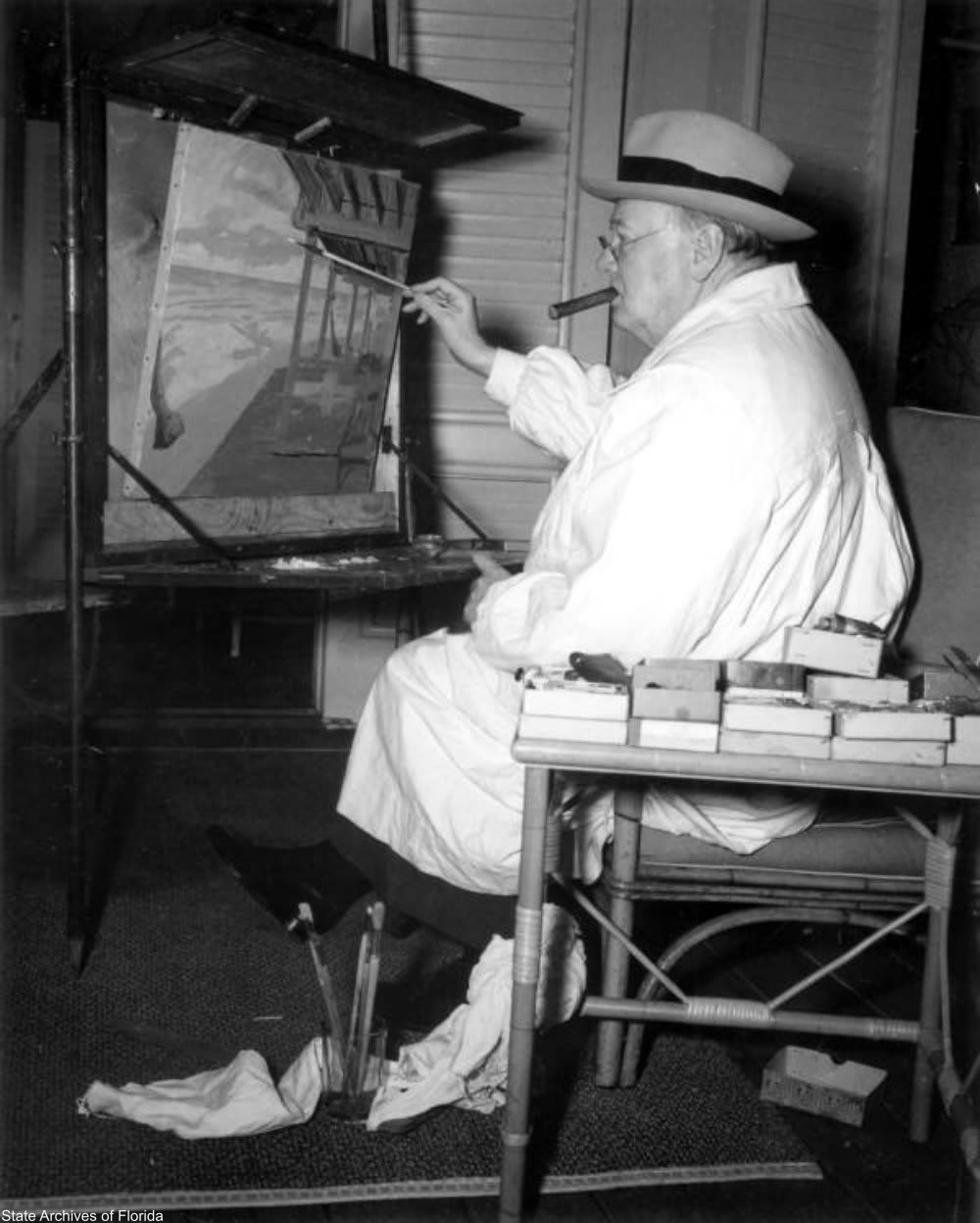 To soothe his mind, Churchill began painting at the urging of his sister. Churchill’s new pastime served as a way to relieve stress and help his mood. Churchill favored bright colors – which makes sense since his hobby was intended as a remedy for his depression and anxiety (which he referred to as “the black dog”). Years later, his book, Painting as a Pastime, was published in 1948 based on writings created during the 1920s about his fruitful hobby.

The paintings of Churchill served to inspire former U.S. President George W. Bush to take up painting as well. 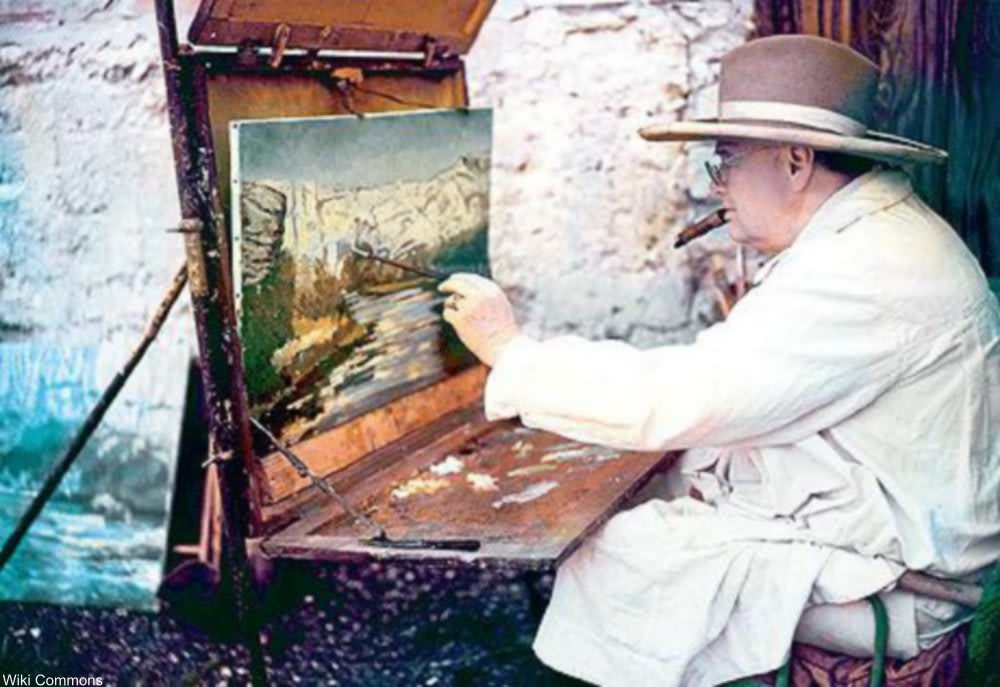 Today many of his paintings are housed in the National Trust, 37 of which were offered as payment in 2014 by his family members on taxes owed the British government. But, the paintings that land in private hands are not surprisingly worth quite lot of money. The painting below by Churchill sold for £505,250 in 2011 (or about $757,875 in U.S. dollars). In 2014, one of his paintings, held by his daughter until her death, sold for $2.8M! 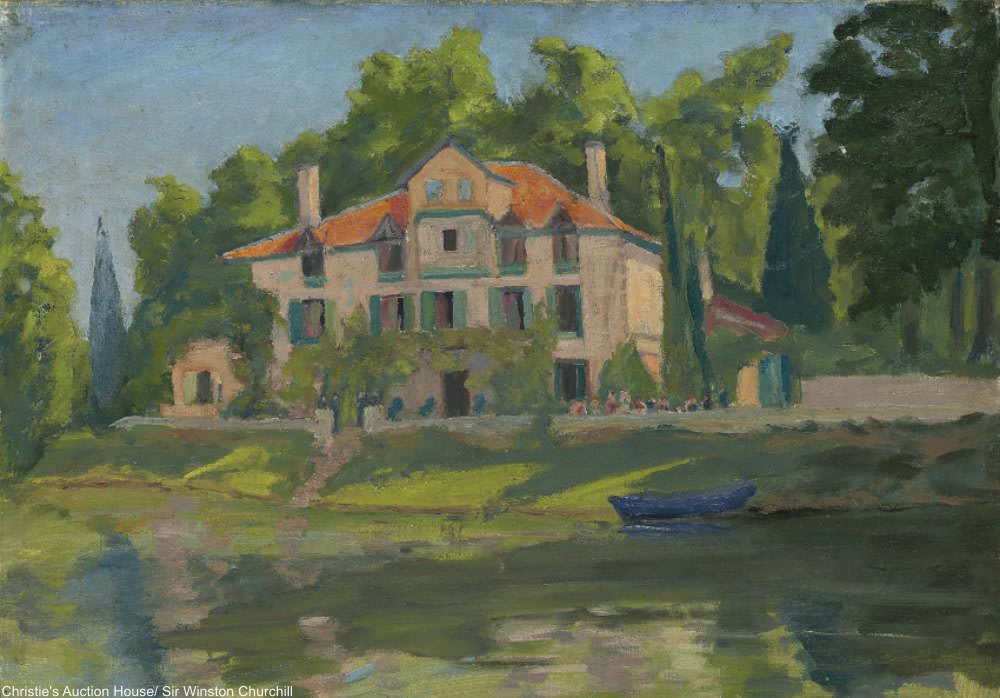 Churchill was never formally taught how to paint, which technically makes him an outsider artist. Instead letting his whims determine his brush strokes. Perhaps his background in painting is one of the reasons Churchill had his unflattering late in life portrait (painted by Graham Sutherland) burned in a bonfire. Talk about a tough art critic! We can only presume that vanity played quite a large role as well.

The fact that Churchill was never formally trained and that he used his painting asa way of coping with his mental illness, means that by some definitions his works could even be considered outsider art.