When It Comes To Brunch, These Vintage Cake Stands Really Take The Cake!

When It Comes To Brunch, These Vintage Cake Stands Really Take The Cake!

Cake stands became a tea time staple in the late 19th century, right around the time that pressed glass started to reach its peak. Many cake stands are made from milk glass and jadeite, which add to their collectibility/popularity.

Check out some of our favorite, user-submitted cake stands, and be sure to share photos of your favorite items too! 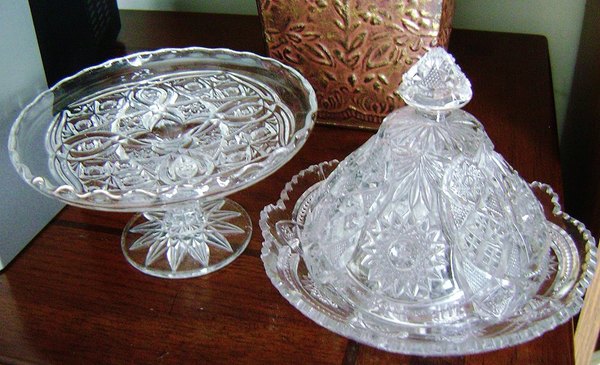 from: Sharon A. Whitehead Smith: “I was given these 2 pieces when I was a young teen by the elderly grandmother of a boy I was interested in who lived in my neighborhood. One is a cake stand, the other is a covered butter dish. She told me that she got them when she was young.”

from: Judy Miller: “This cake plate is about 150 years old. I want to give it to my granddaughter but I would like to know it’s worth. Does anyone know “ 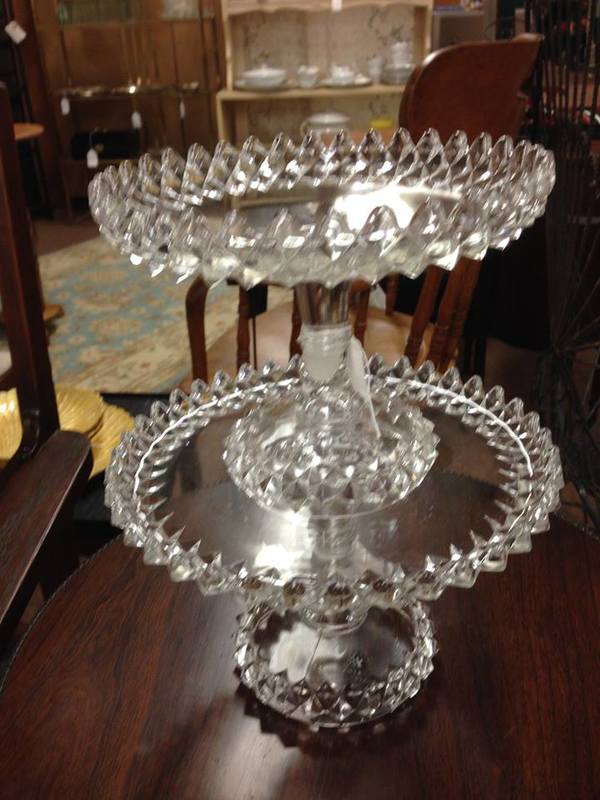 from: Debbie Danner Burrier: “I have several pieces of this pattern – cake stands, bowls, butter dish, candy dish. Can anyone tell me the name of the pattern and how old it is? thanks” 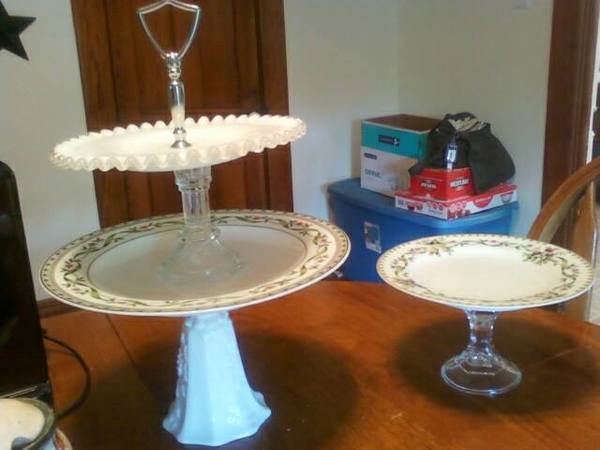 from: Lizzie Jean Oddy: “I made a tiered cupcake dish and a bon bon compote out of some of my Vintage dishware.”

from: Nora DeDominicis: “Hand painted Nippon 10 ” cake plate with six 6″ plates. Does anyone know the pattern. I’ve done research but can’t find any of the same. “

from: Kathy Jones: “Base of majolica cake plate” 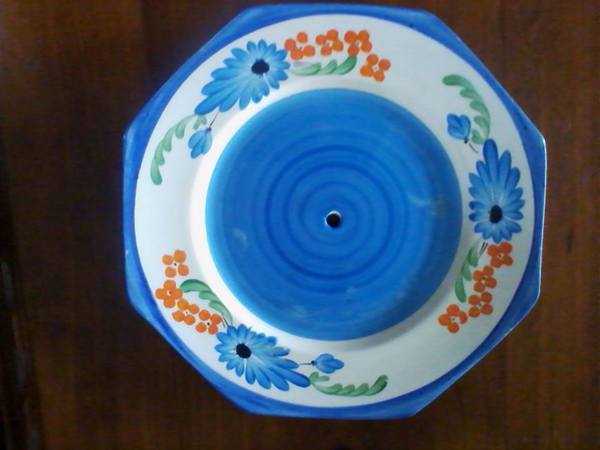 from: Lisa Keenan: “Found in a charity store yesterday for NZ$10.00 Clarice Cliff. A little damage under the glaze. and alittle bit of orange came off when I took the price tag off. Cake plate missing the middle bit.”