Like many artists, Leonardo Da Vinci made sketches on the canvas before moving forward with the painting. One of his most famous paintings also had those sketches and they are now being revealed for the first time since he painted it some 500 years ago.

‘The Virgin of the Rocks’ is typically on display at the National Gallery in London. It underwent extensive scientific analysis, showing a hidden composition that was first started by Leonardo and then abandoned. It remained hidden under the famous painting for all those years.

The initial designs showed the angel and Jesus in the painting. It also has handprints where either Leonardo or an assistant patted down the canvas with paint according to London’s National Gallery. 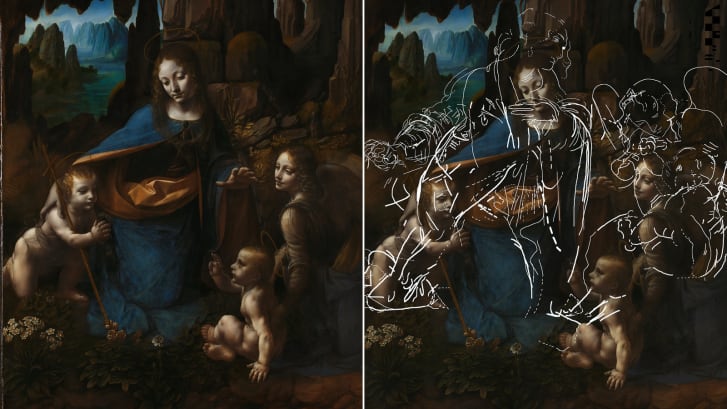 It appears as if the angle of Jesus’ head was moved so it could be seen from the side. The angel also does not seem to have as many curls in her hair.

“In the abandoned composition both figures are positioned higher up, while the angel, facing out, is looking down on the Infant Christ with what appears to be a much tighter embrace,” the gallery explained in a press release.

“These new images were found because the drawings were made in a material that contained some zinc, so it could be seen in the macro x-ray fluorescence (MA-XRF) maps showing where this chemical element was present, and also through new infrared and hyperspectral imaging,” it explained.

An exhibition on the artist, ‘Leonardo: Experience a Masterpiece’ brought out these findings. The exhibition is slated to run starting in November. 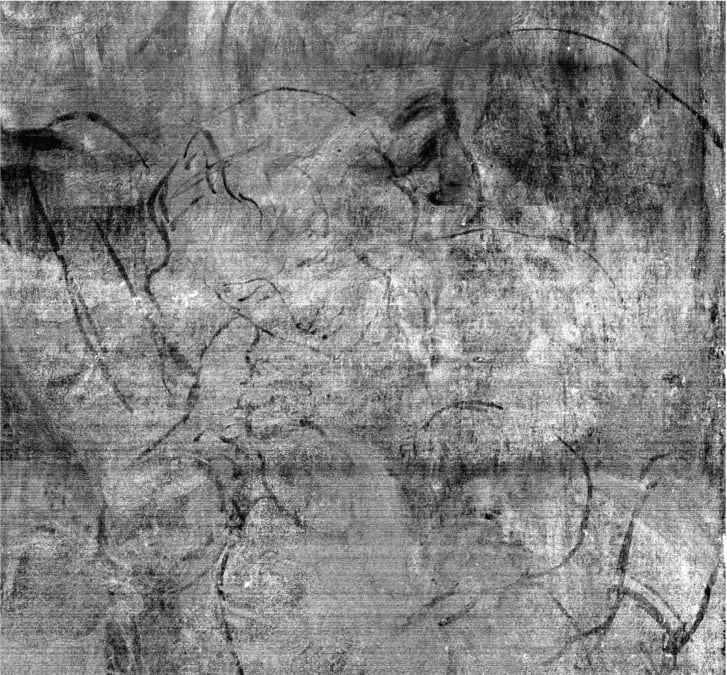 Most people are familiar with the artist because of some of his better-known works, such as The Last Supper or the Mona Lisa. Even though that is the case, there are not even 20 pieces of art that are attributed to him.

Two different versions of the ‘Virgin of the Rocks’ were painted by Leonardo. They have a similar look but differ in their composition. One of those paintings dating to around 1483 is currently in Paris at the Louvre. The one at the National Gallery was completed sometime before 1508.