Vintage Photos From Long Ago: May 13

Vintage Photos From Long Ago: May 13

There are so many things about how our ancestors lived long ago that just fascinate us. Some of us come from families with famous histories. Others have stories that get passed down just in the family. The photos we’re showing tonight capture a time. They capture many stories. If only we knew them all….

All these photos where shared by our readers. We’d like to thank Carol, Linda, Sheree, Peggy and everyone who treasures what the past still holds… 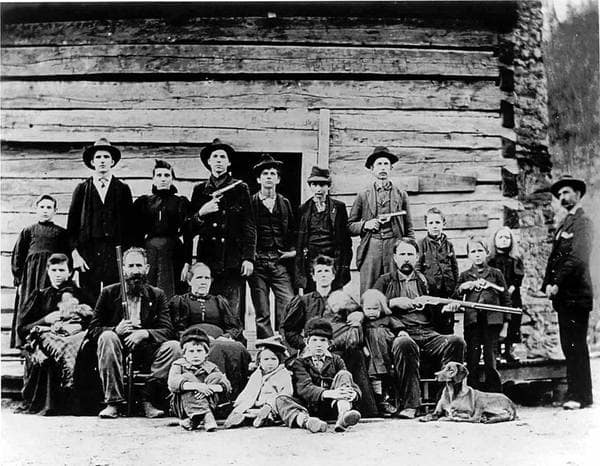 from: Carol A Poupore: “This is a picture of the Hatfield’s and McCoy’s. My grandfather is standing in the back row on the right hand side holding a pistol – he was a friend of “Devil Anse” Hatfield.”

The Hatfields were a West Virginia family with a fairly large timbering operation on the Tug Fork of the Big Sandy. From the bit of history we know, they did employ non-Hatfields to help cut and move the timber to market and also just to be part of their social and kinship network. They also were well connected politically. The feud was so bad that the Governor of West Virginia threatened to have his militia invade Kentucky.

In popular culture, Kevin Costner played “Devil Anse” in the 2012 TV miniseries “Hatfields & McCoys“. In 1987, the movie “Matewan” dramatized the 1920 coal miners’ strike in Matewan, West Virginia, the historic home of the Hatfields. The police chief, Sid Hatfield, was one of the few “good guys”. 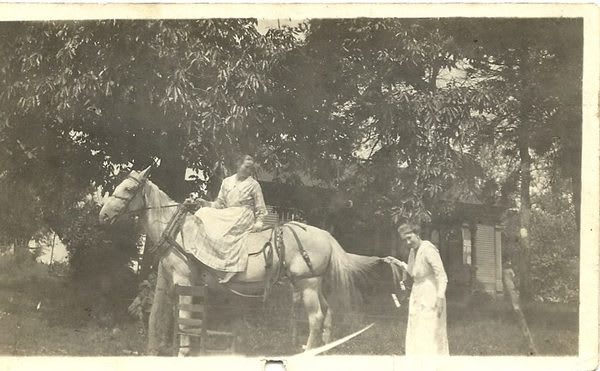 from: Linda Harrigan: “This piciture is of my grandmother, Viola McGinnis Harrigan and Dell Preston”

We can tell Linda’s grandmother was having so much fun! Notice the ladder back chair that would have helped the side-saddle mount. 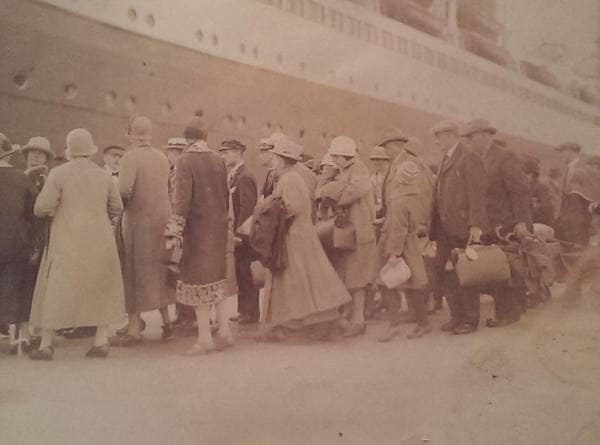 from: Sheree Landry: “Grandparents sailing on the “Columbus” and the date was August 19, 1926.”

It’s a treasure to have a photo of grandparents boarding a ship at this time. Look at the fashions! 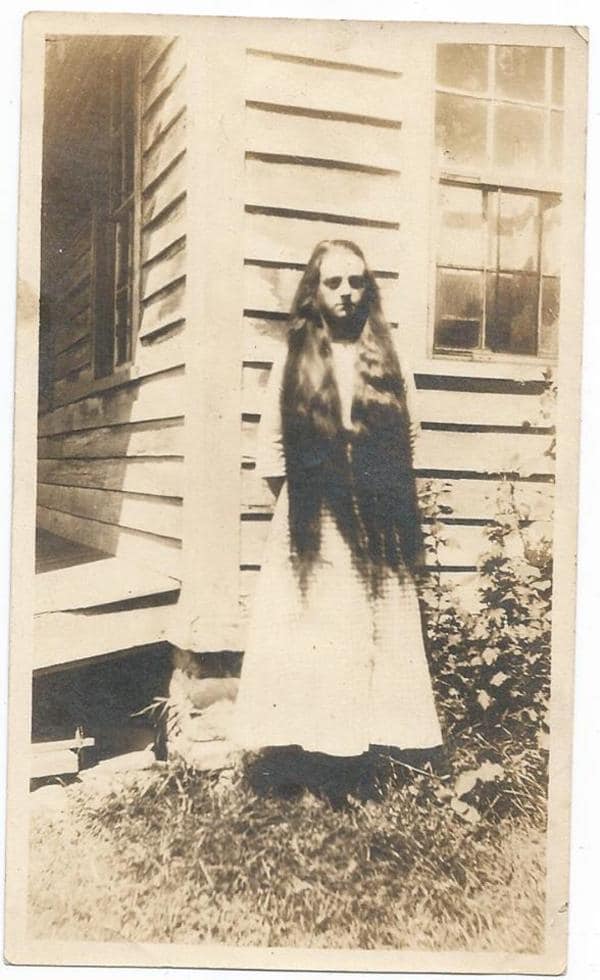 from: Peggy Lemos: “I know how you like old photos. Found this one of my grandmother as a young girl.”

Her hair is so beautiful!