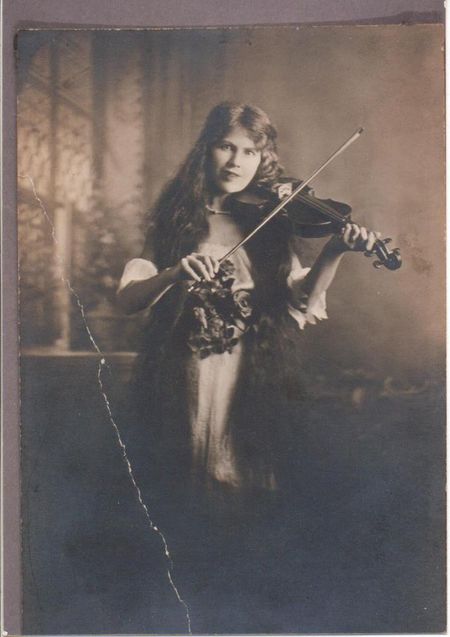 This is Sharon Thompson‘s Grandfather’s cousin, Rose, in 1911. She was born in 1894 and graduated from college in Detroit. Look at her long hair and notice how she is dressed very much in the Romantic fashion of the time…almost as if she was out of one of the “girl in white” paintings by James McNeill Whistler. 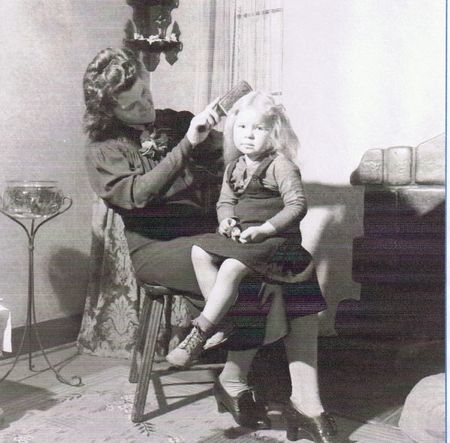 And a little girl is getting her hair brushed. Dana Black posted this photo of her Grandmother, Rhea, and her daughter, Karen. Karen was the youngest of eight children. The photo was taken about 1940. Notice the fish bowl in the stand and the heavy stockings worn by Rhea. We noticed, too, that despite having 8 children she was trim and well-dressed. 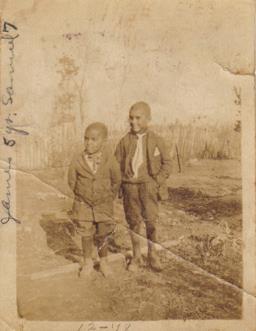 Edwina Elliot shared with us this darling photo of her Father and his brother taken in 1918. Her Father was just five and, if we read the inscription correctly, his name was James. The clothes worn by little boys at this time is always delightful to see. 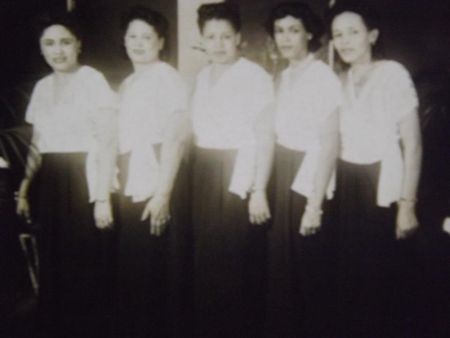 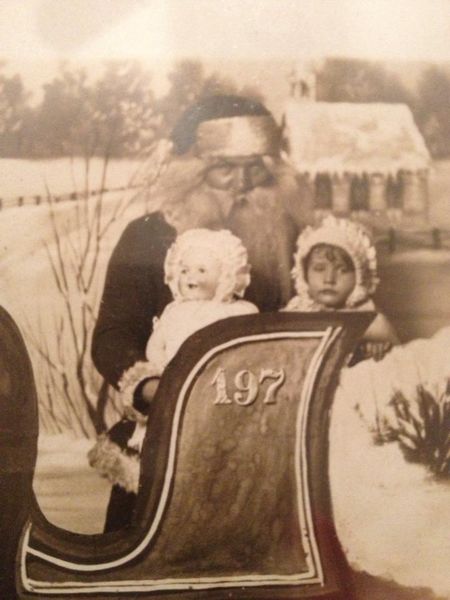 Mary Nard-Brar writes that this is her Mother with Santa 84 years ago, putting it about 1929. It makes us wonder when the tradition of having children’s photos taken with Santa began and where…surely it was a “department store” promotion? Does anyone know? Notice here, also, how much Mary’s mother at this age looks like her doll! It is a darling photo. 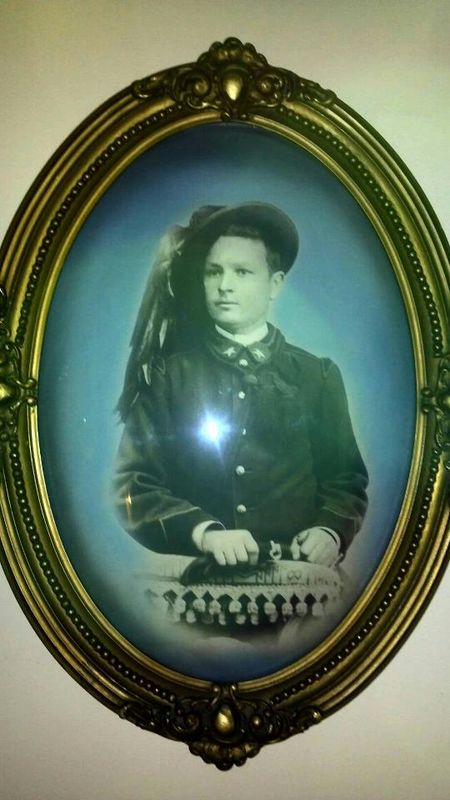 And we’d like to end tonight with Elaine Slone‘s maternal Grandfather, Giuseppe Miceli, about 1916. Elaine writes,

“Thisphotograph is approximately 24″ x 18″ including the original frame. Heis wearing an Italian military uniform (perhaps a reader can help with uniform identification?). This picture hung over my aunt after she passed away at home at the age of 10 months. That year was approximately 1916. A few years ago, I had the picture restored by an art conservator. It was expensive but a worthwhile investment! Please excuse the flash from my camera!”

Elaine did some research, too, and believes that he was a member of the Italian Bersaglierei, a corps of the Italian Army, identified by the black features from their hats. One of the commentors on the post said that she saw a troop of modern Bersaglierei perform recently in Italy. That’s the nice thing about social media. We all get to contribute!