Lady head vases have become a staple for collectors of mid-century and post-war ceramics. The feminine details, frilly designs, and expressive faces speak to a time when women were seen as light, pretty, and frivolous. From their big eyelashes to their hair and jewelry, these sought-after pieces range from modern to Rococo and distinctly post-war in style. 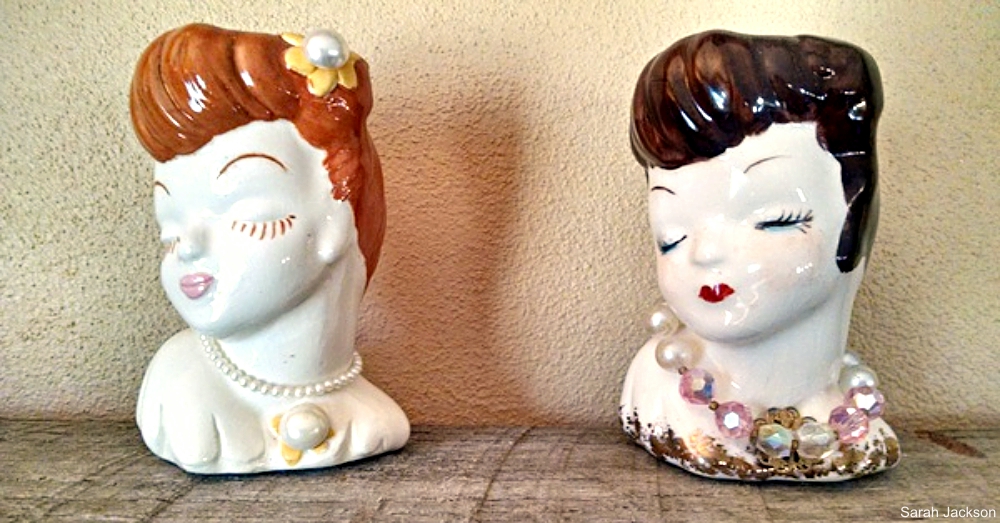 The most commonly sought after lady bust vases are those made from 1940 to 1970, as these are the most iconic. This style of vase was made before and after this time range, but in far fewer numbers and with less recognizable designs. Started as a marketing ploy to sell more flowers using the small and unusual vases, these knick knacks were often made in Japan after WWII.

Some makers include Royal Copley, Lefton, Naaco, and Inarco. Some bear a makers mark and some do not while others were labeled with a paper label long since lost to time. Bust vases are most often ceramic but can also be chalkware, which often chips over time. A rarer sight are the bust wall vases which feature a flat back and hole or hanger to display on the wall. 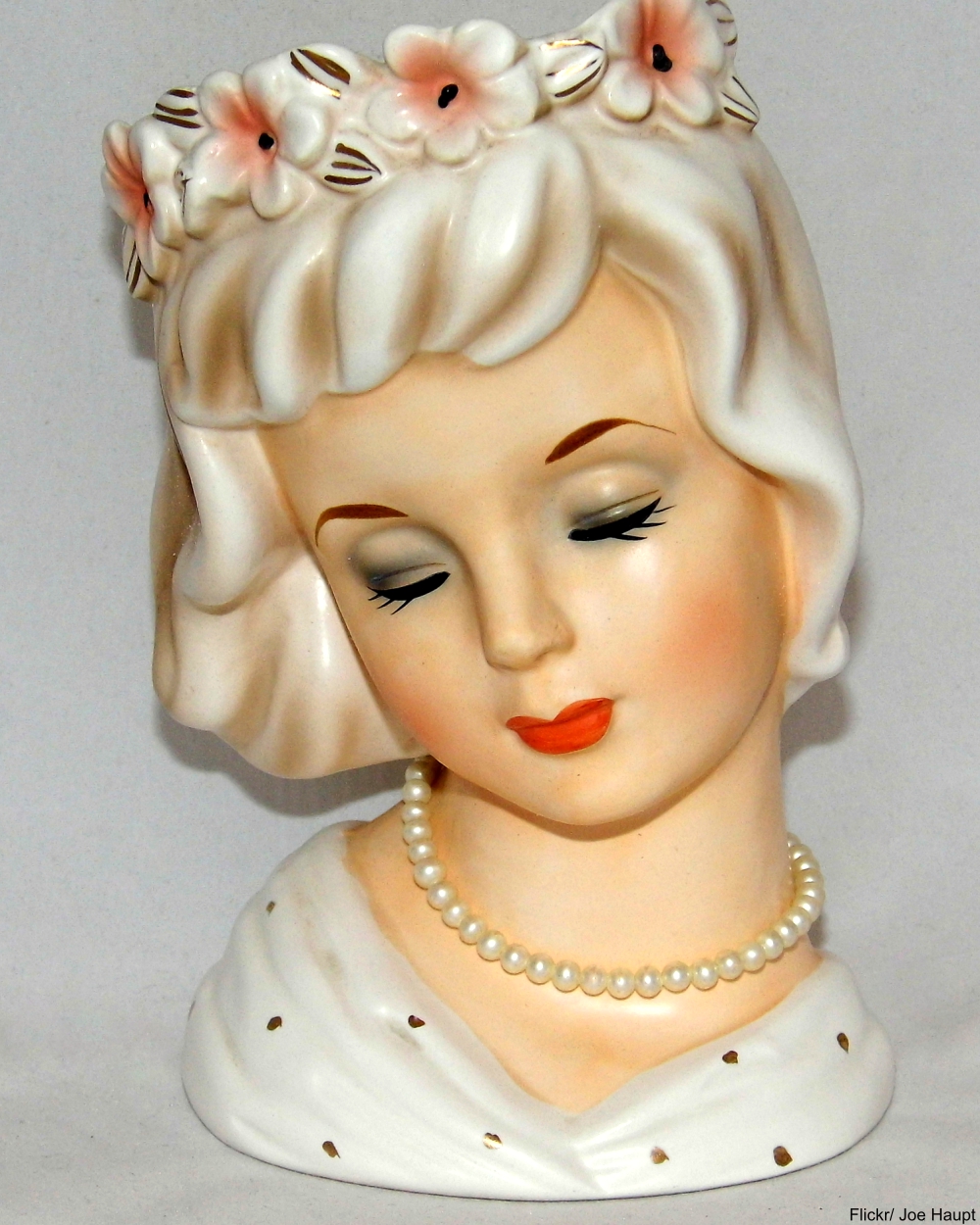 Sometimes called planters, the designs can come in many shapes and sizes, though most are quite small. Designs of plain women, tribal women, women in their Sunday best, or teenagers can be found. Though not the most valuable type of vase ever sold, these tiny pieces pack a higher price than comparable vases from the same makers and same time period.

The rarest are those of glamorous mid-century celebrities like Lucille Ball, Marylin Monroe, and Jackie Kennedy. These can sell for much higher prices than their less-recognizable sister vases. Let’s not forget that bust vases were also made in likenesses of males, such as Elvis Presley, but were much less common. 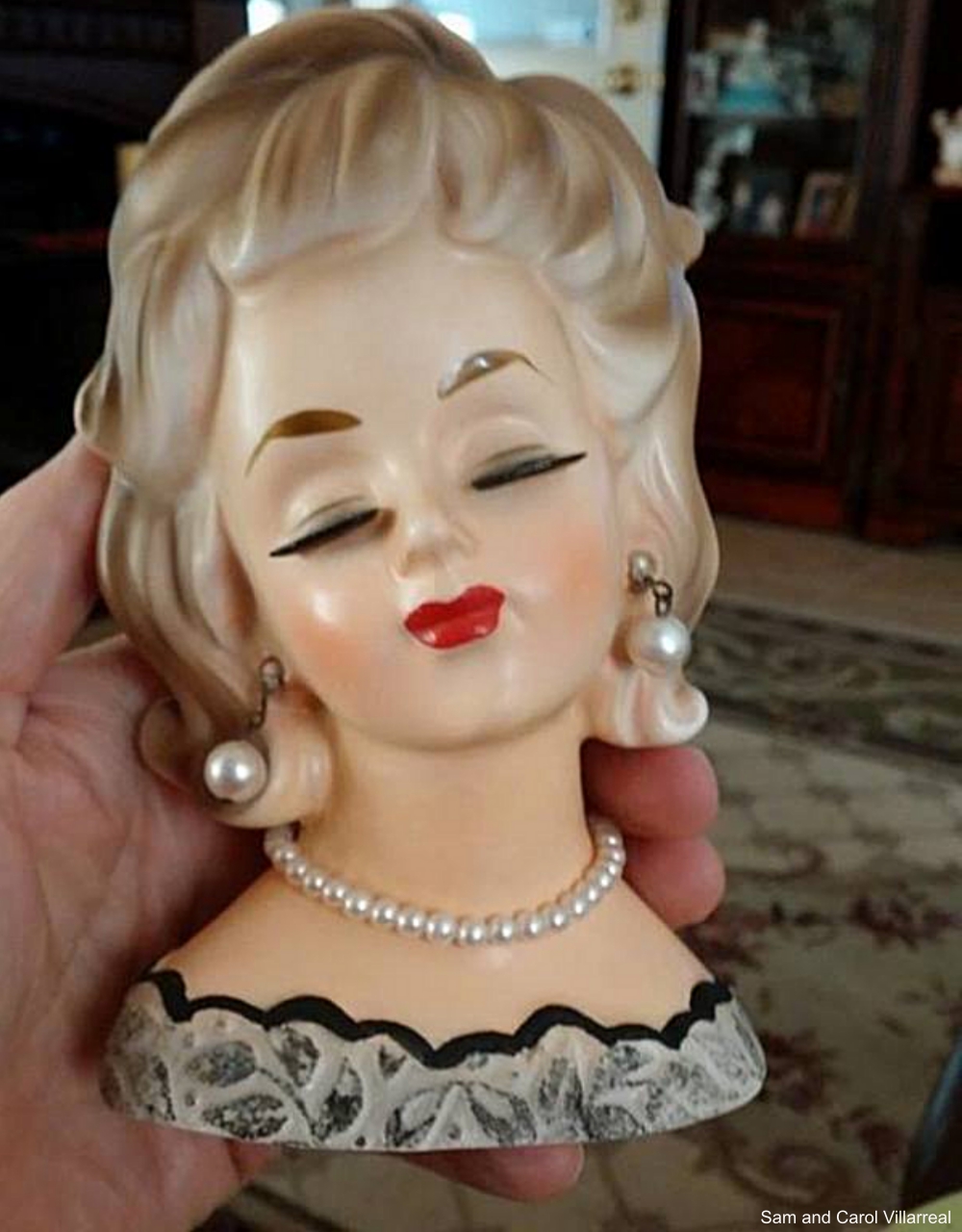 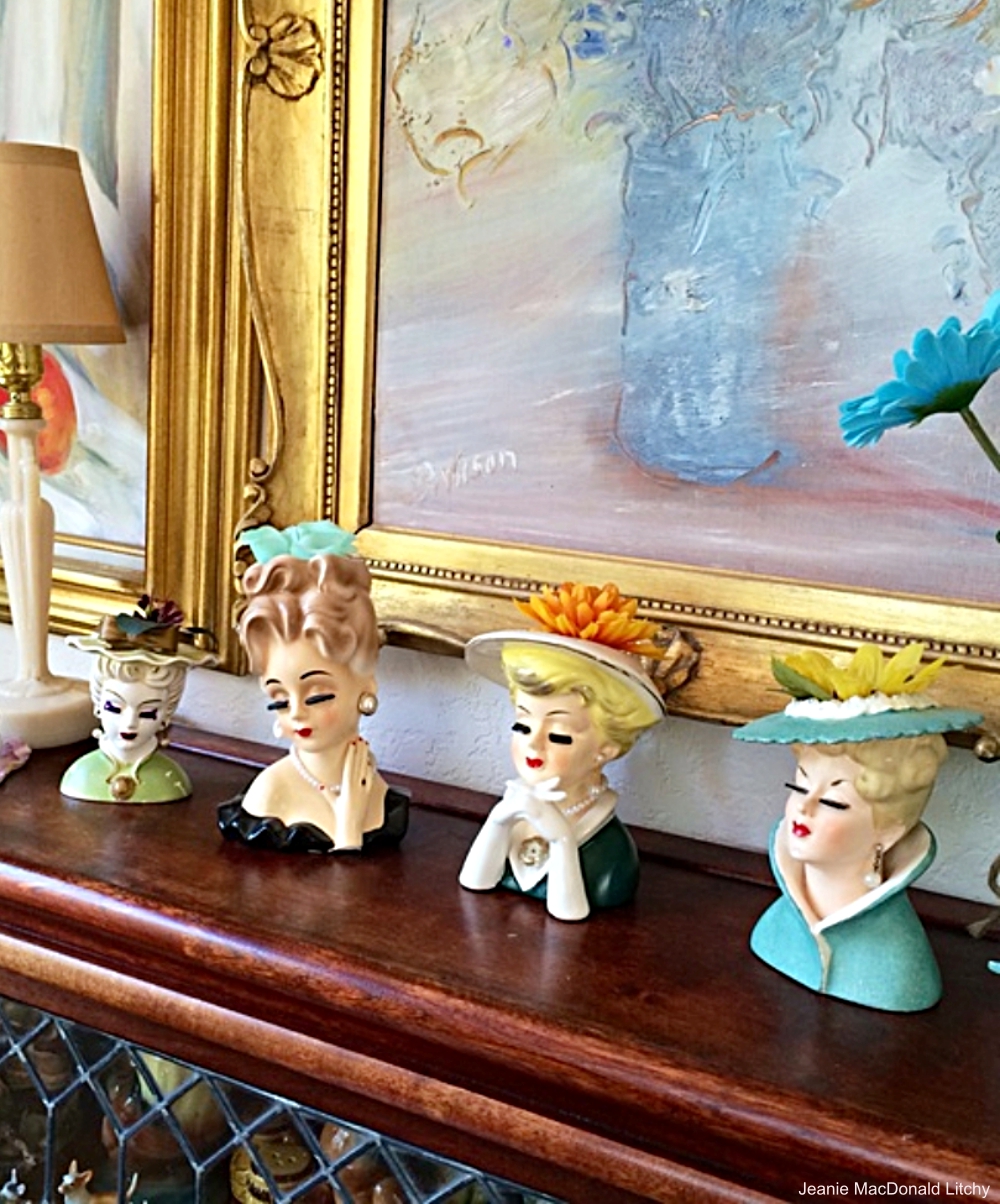 These gorgeous relics can sell for anywhere from $10 to $1,000. But most sell for between $15 and $100. Many collectors are willing to pay $50 for a head vase they don’t have yet even if it’s not a rare or celebrity bust. The market can vary by location but there’s no doubt that, for those who collect, these are valuable pieces that have earned a place on many a display shelf and vanity.

»Take a look at these adorable Hummel figurines!»