Do You Know the History Behind Victorian Hidden Mother Photos?

A long white gown with lace edging, bright eyes, and perhaps some curls: we love antique baby photos! The 19th century images of infants and young children in our collections hold a special place in our hearts, even more so if we can identify the child in the photo. But, there are some of these antique photos that have a spectral quality to them. There are figures behind the children, partially obscured. 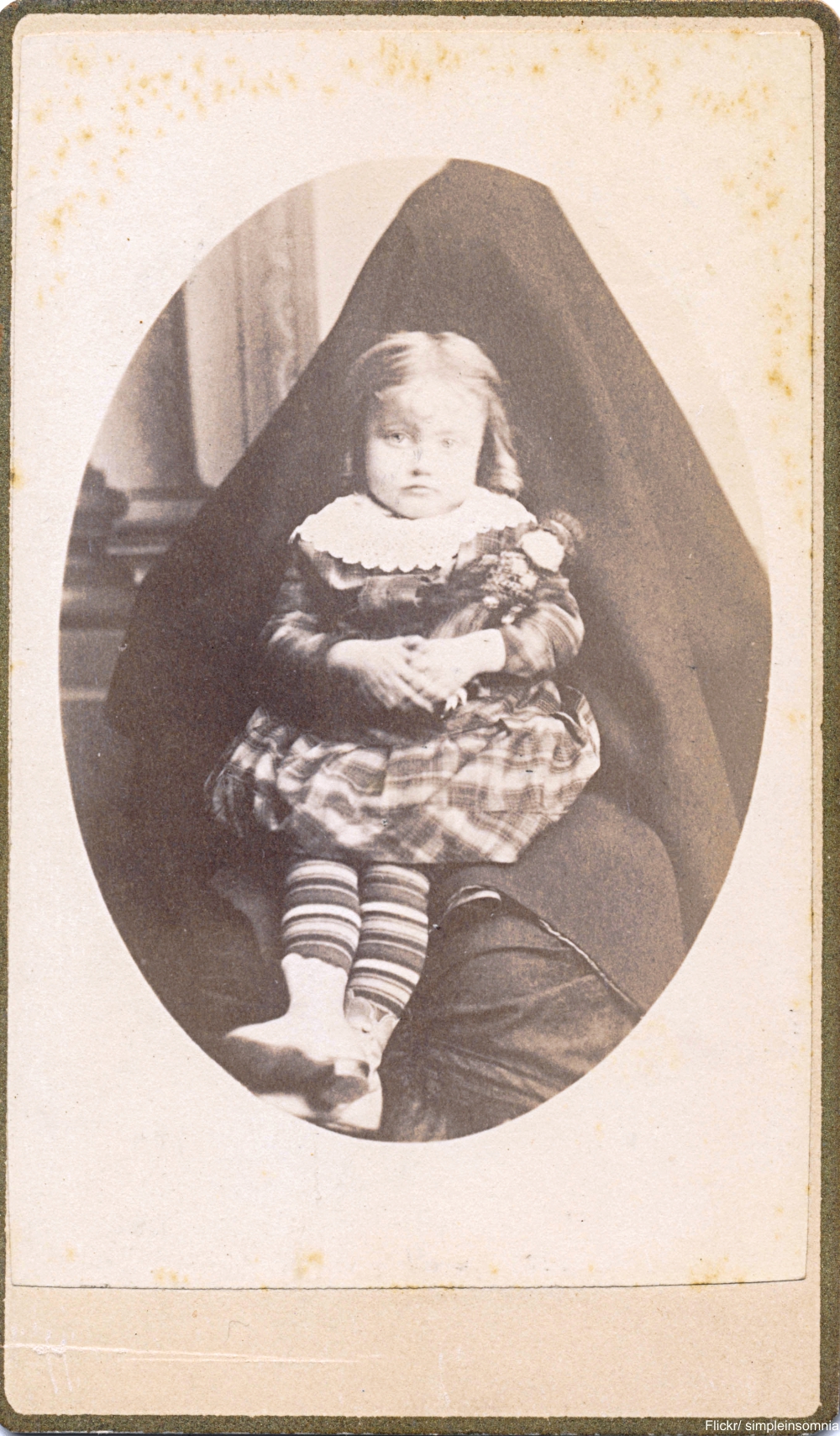 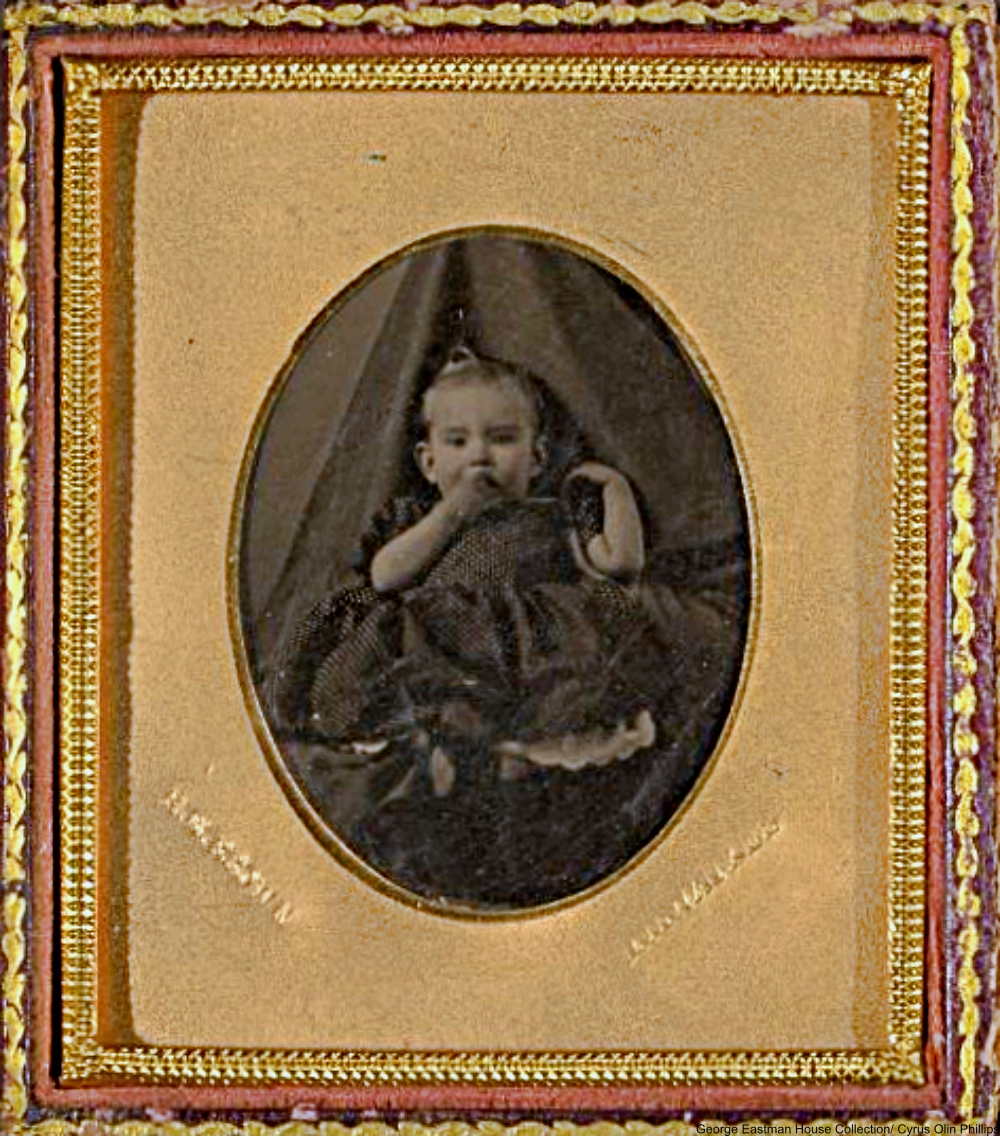 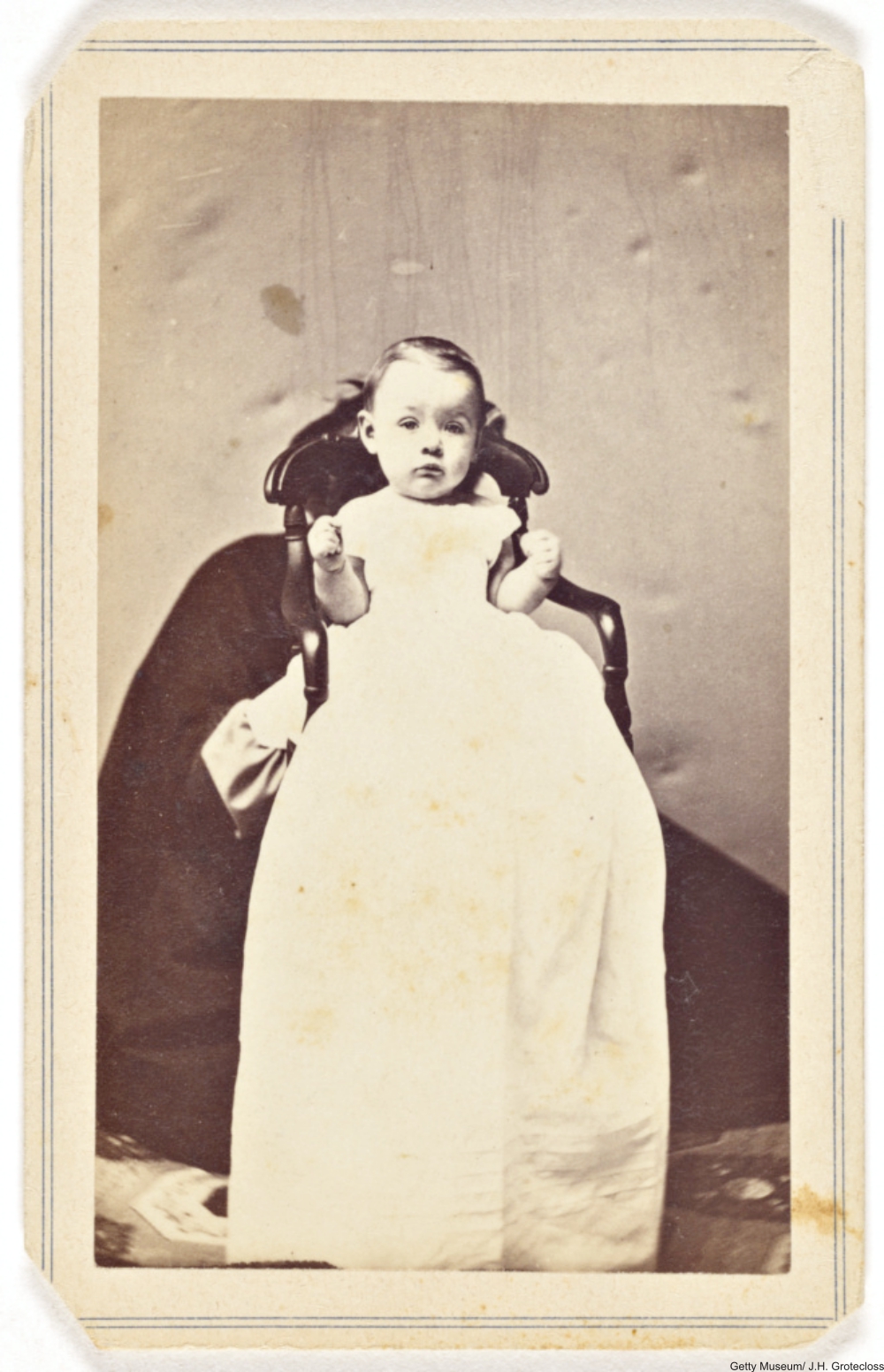 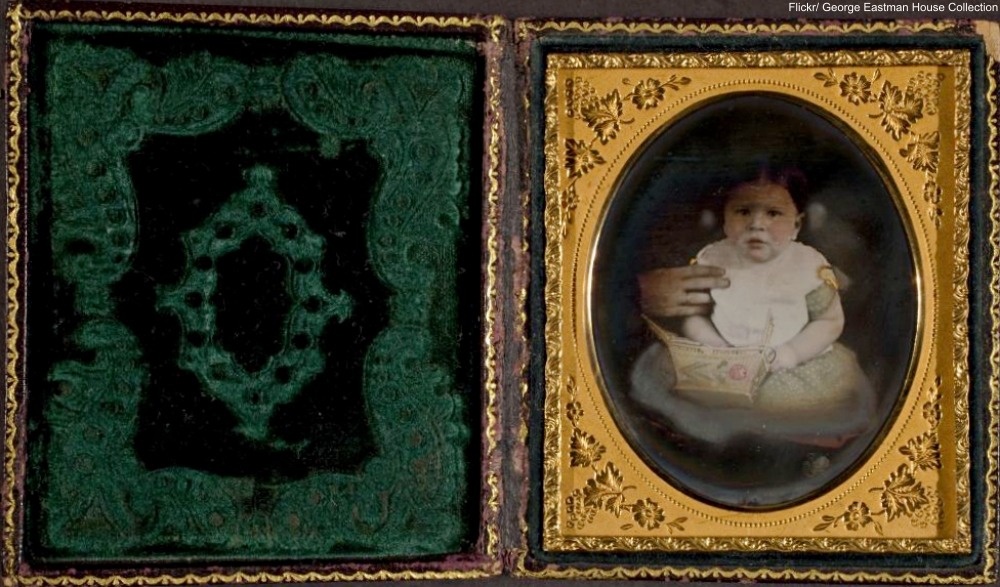 These “hidden mother” photographs sometimes show a hand barely visible, an outline often draped in dark fabric. Photography was a new art and shorter exposure times had not been developed yet. Because children had to be still for long periods in the photographer’s studio, mothers served as the supports for the baby during the long exposure process. For some subject, braces were sometimes used to keep their heads and bodies still but this would never work for babies. And, as we all know, getting a baby to hold a pose for any length of time on their own is nearly impossible, let alone upwards of a minute. Having the mothers hold them also kept the children content most of the time, which is of course, how the parents wanted them to look in the photos. 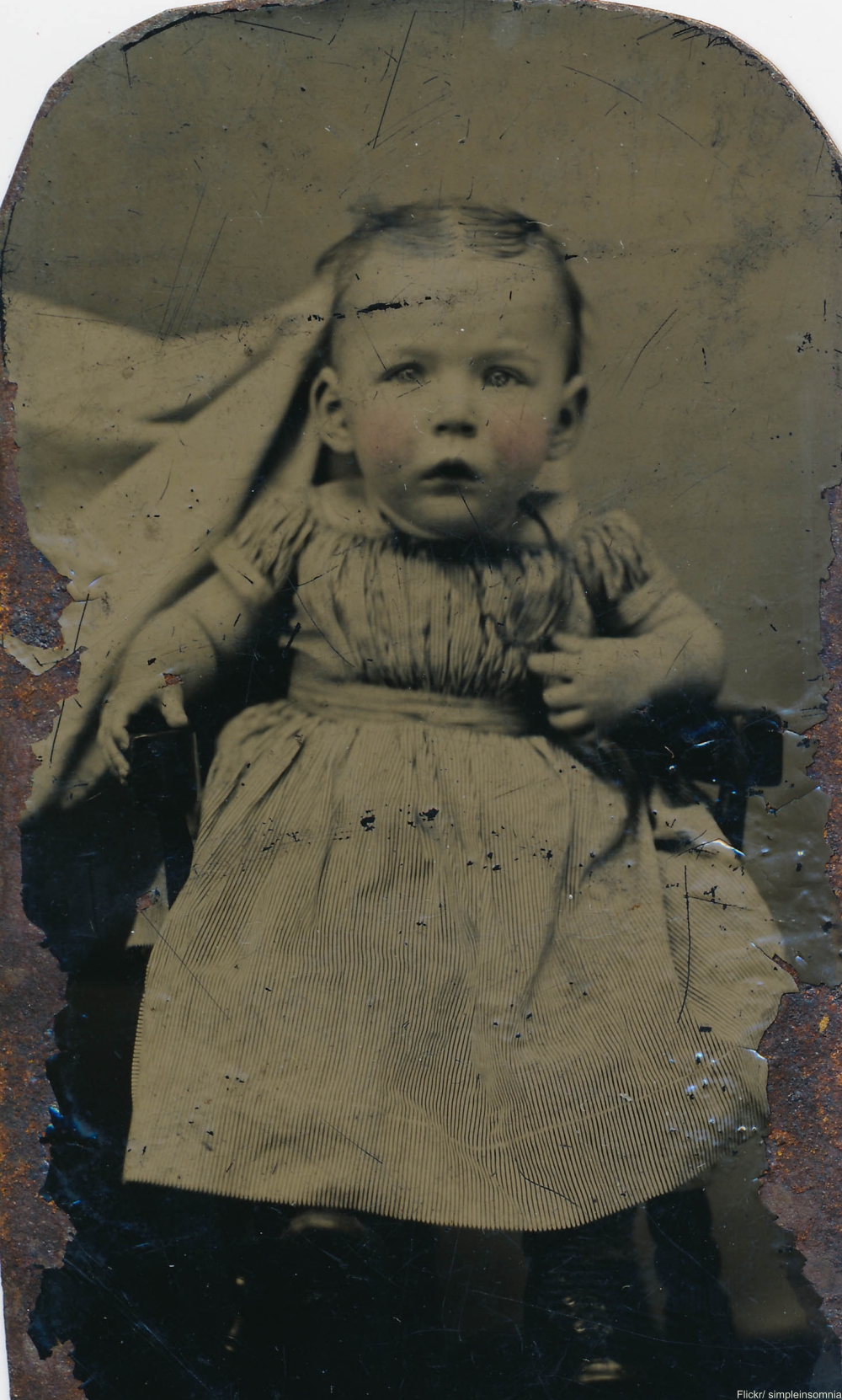 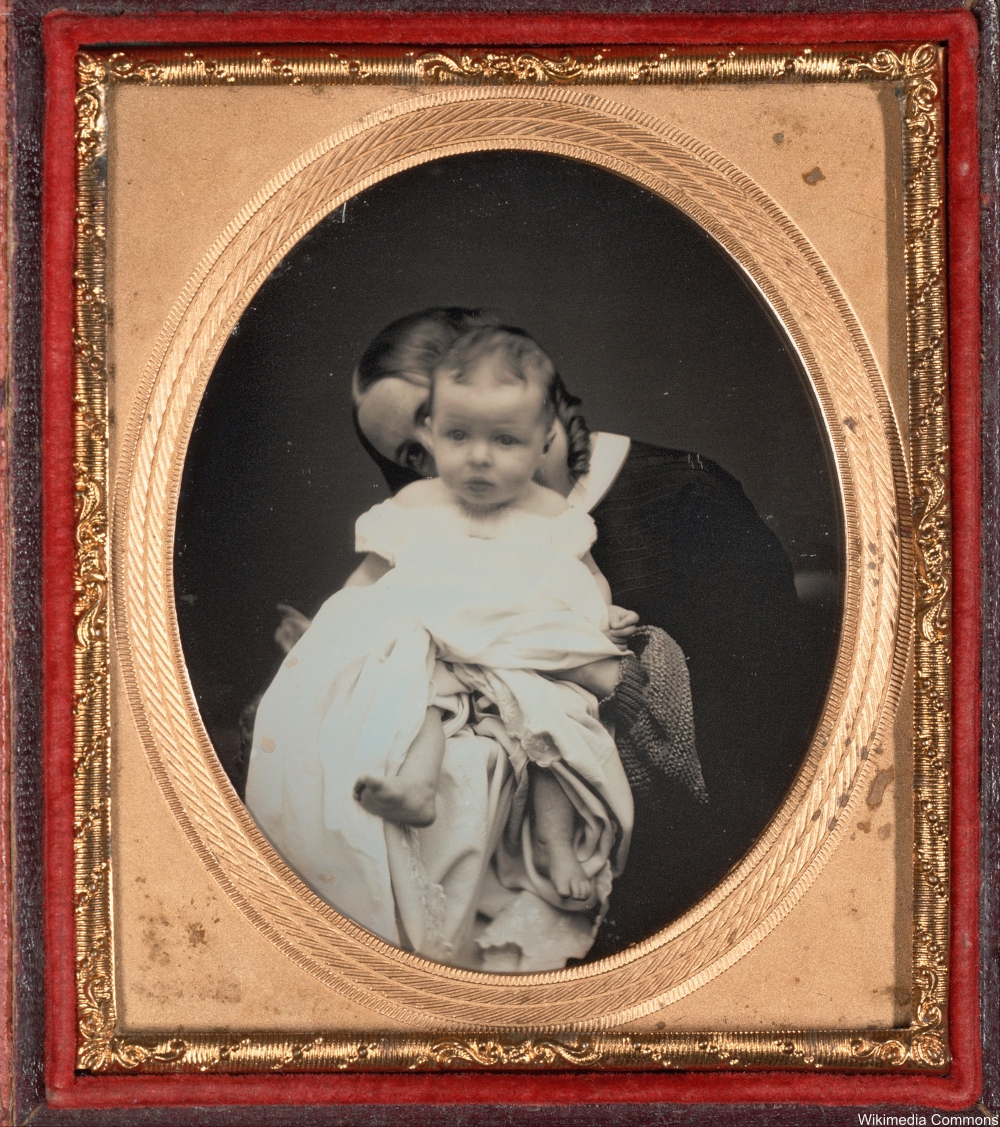 If we see the mother in the images, they are veiled or visually just out of reach. They hover over the children in the photos, but do not reveal themselves entirely. It is quaint and dark at the same time that neither the subjects or the photographers thought this would create a macabre final product.

The results can seem ghastly to us today and it begs the question: why not just take a portrait of the mother and child together? The answer is complicated. A photographer’s fee would have been a hefty sum for many families back then, making it all the more important to get a clear image. As such, these photographs were prized and having the mothers hold the children was like insurance against wasted money and a blurry image. And, many of the parents wanted a portrait of only the child. Since so many children died young, a photo might have served as one of the few cherished reminders of the child for the parents to keep if the child did not survive. Sadly, this motivated many families to request this type of photo. 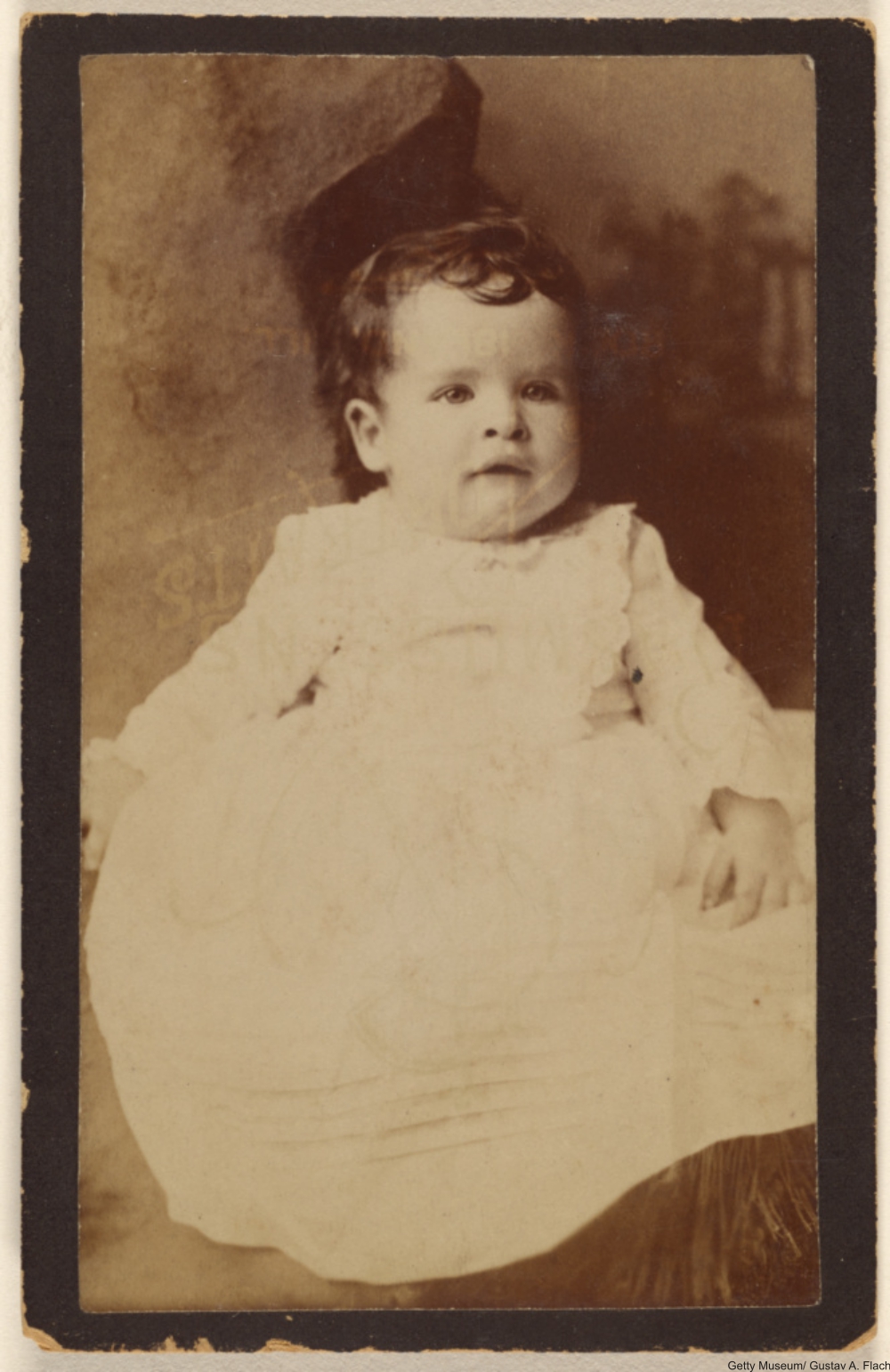 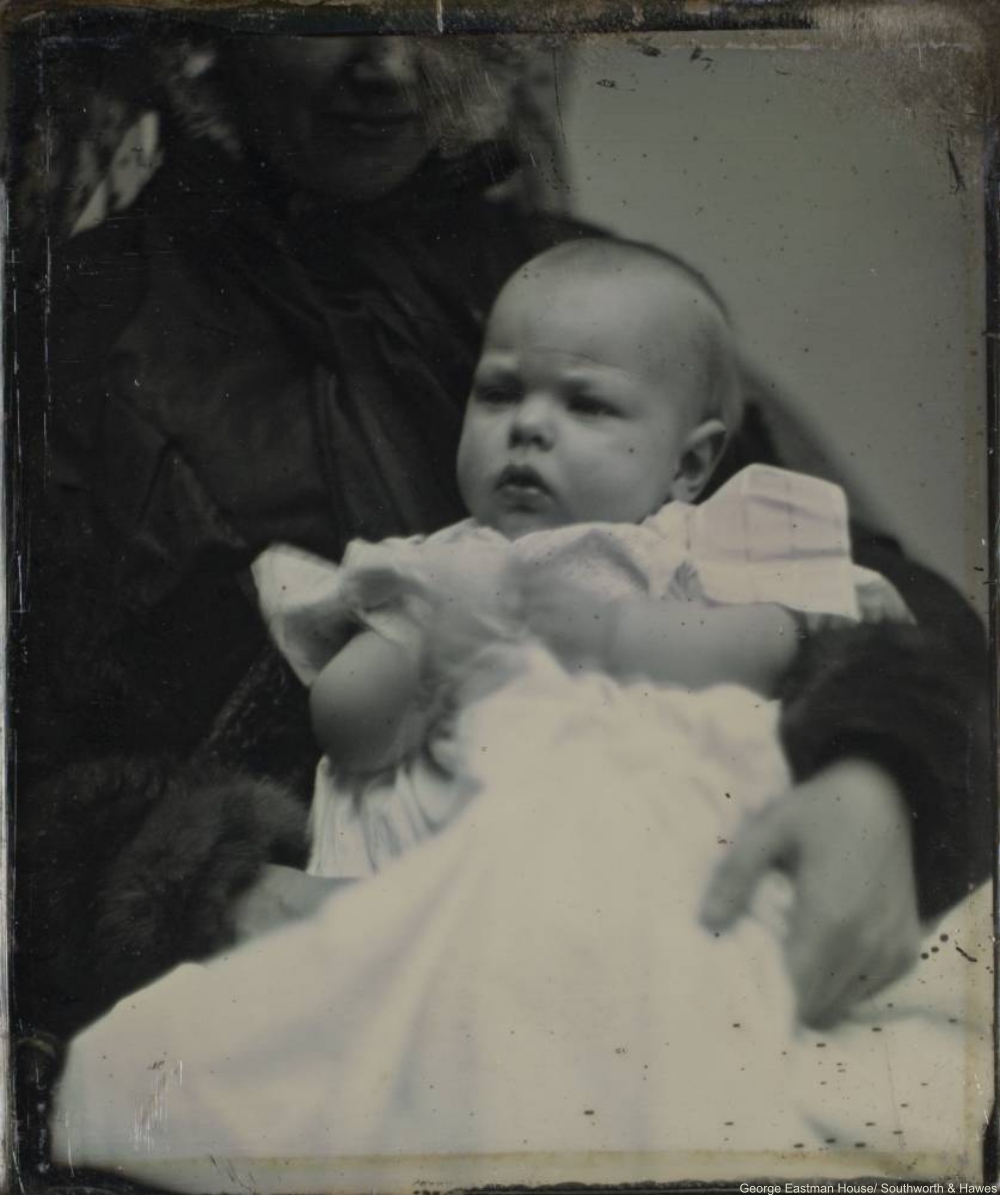 Another technique was to edit the image afterwards to obscure the mother, leaving the edges dark and the child as the bright spot in the photo. The final products have a morbid quality. The photos speak to us of a time when resources and health were often scarce, a time when modern science could bring the wonder of photography into the world, but could not save the lives of sick children or keep a healthy child from freezing on a cold winter night by a drafty window. 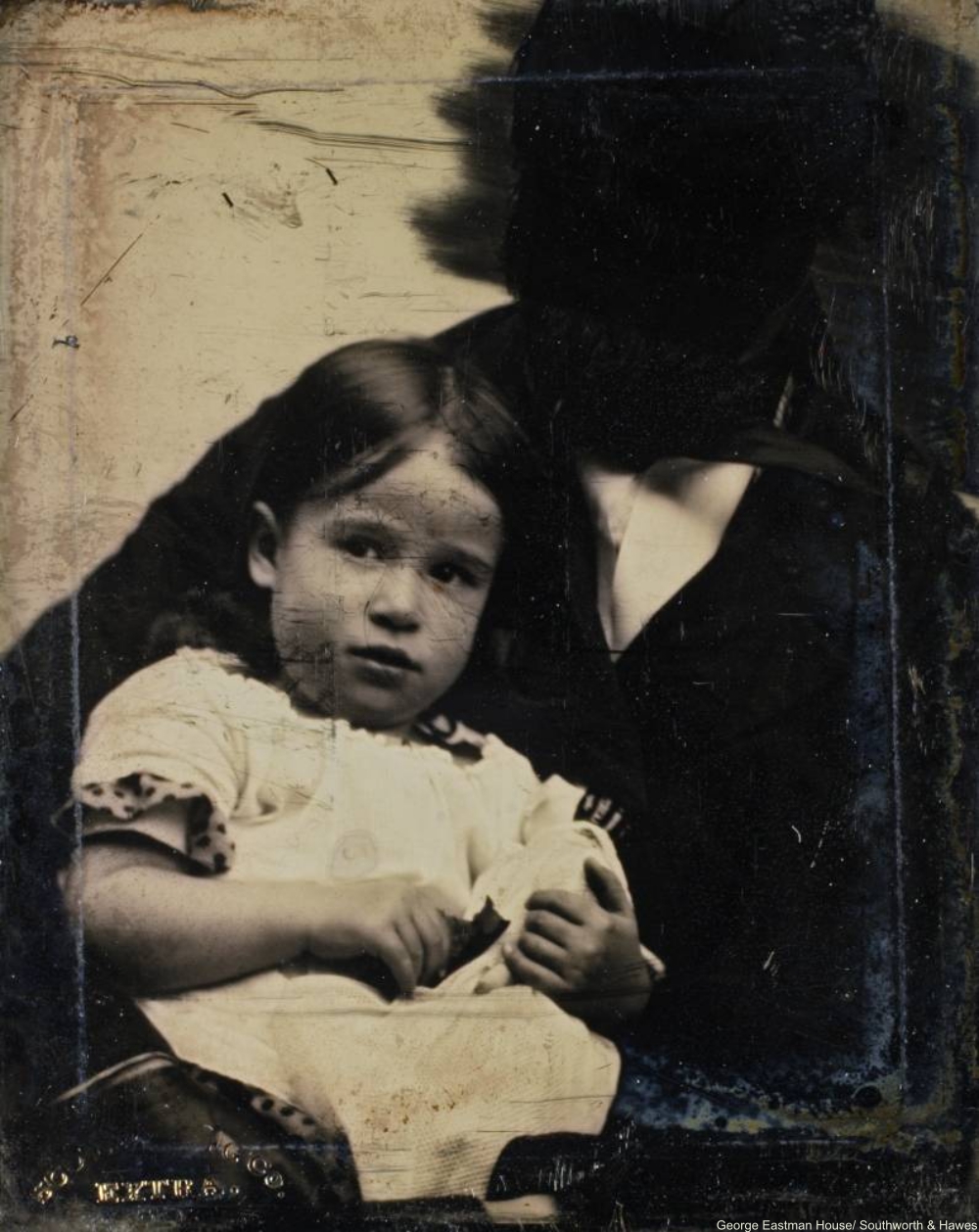 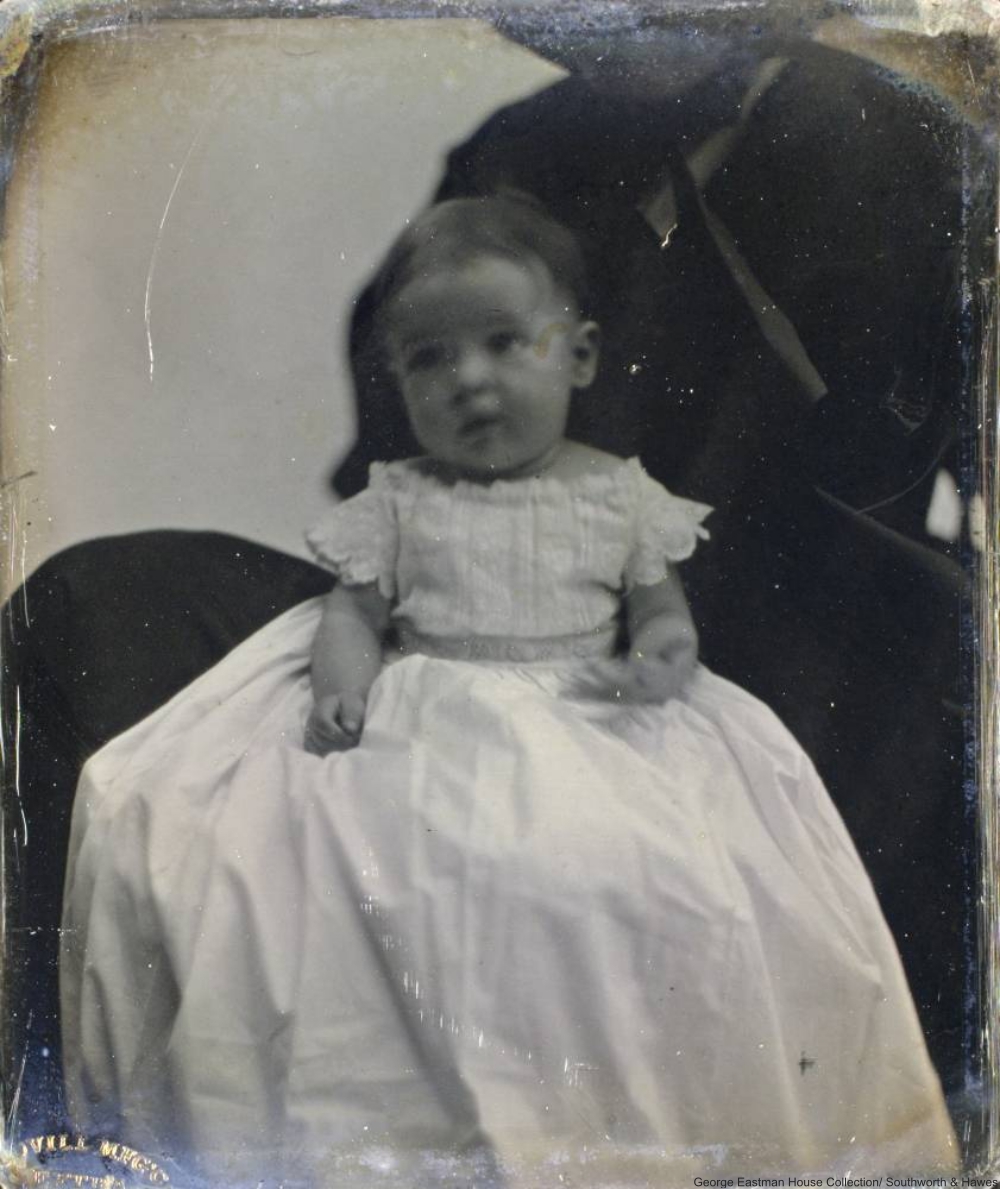 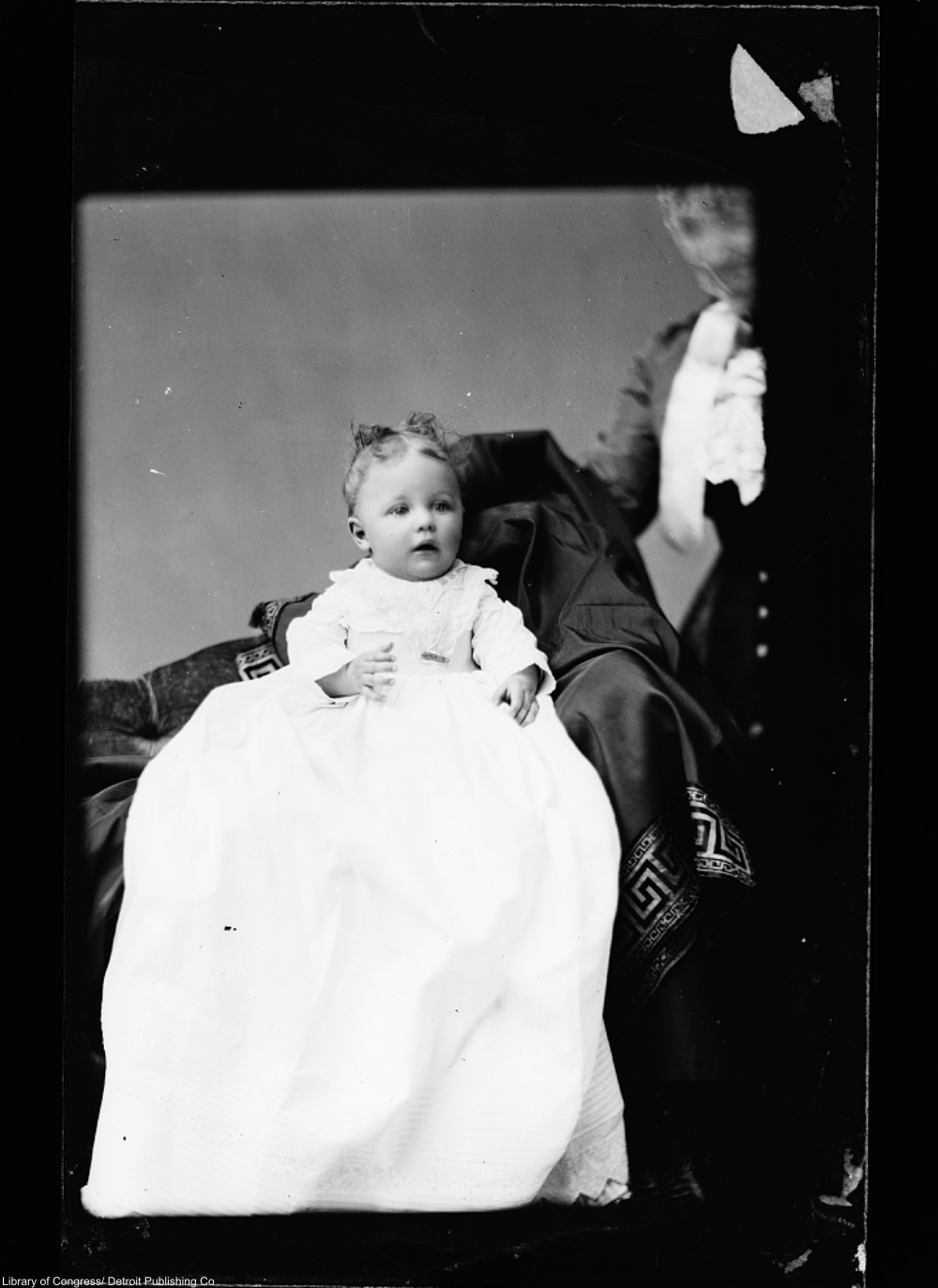 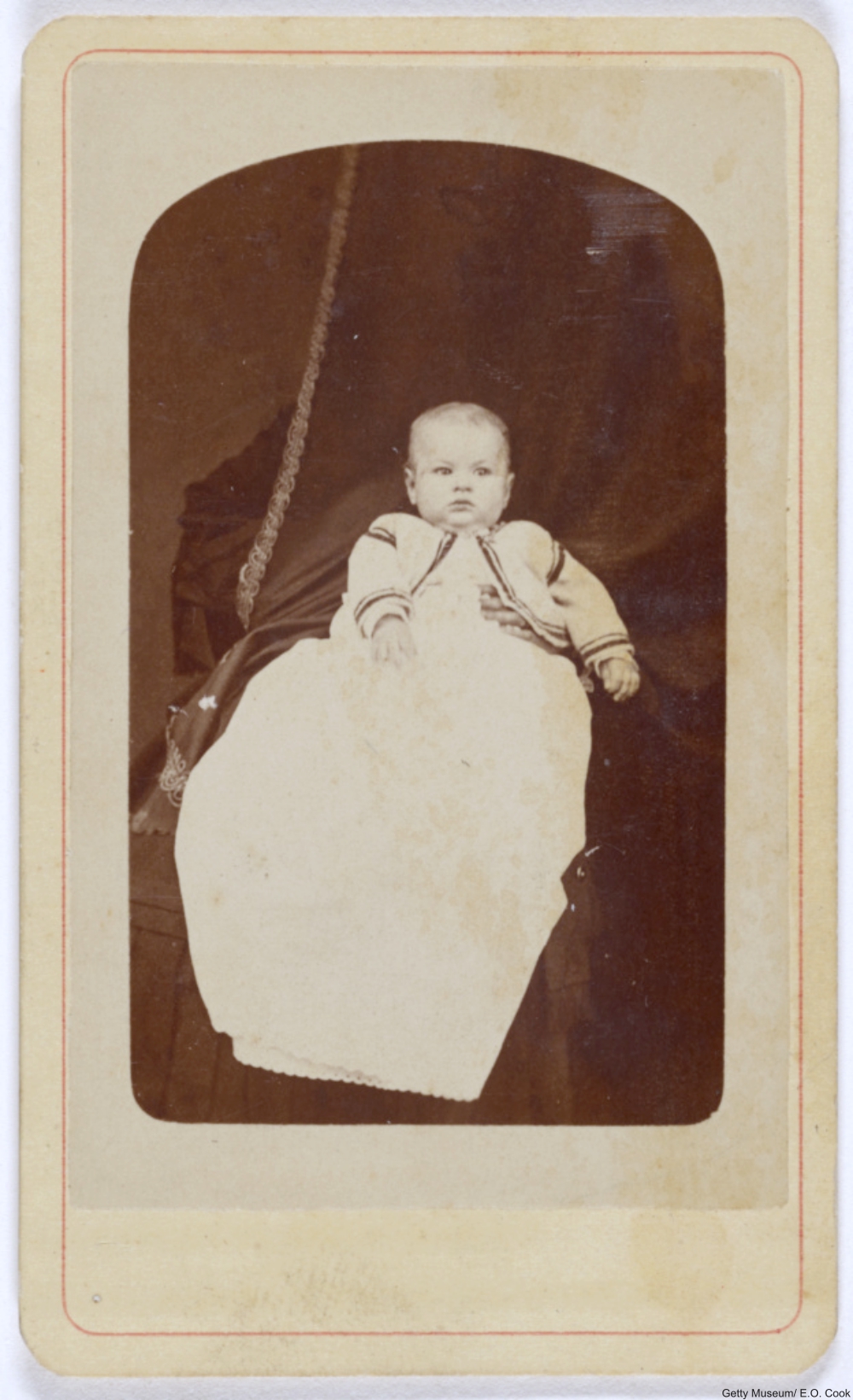 By the 1910s, public health initiatives such as cleaner water and living conditions, better nutrition, and germ theory had begun to reduce infant mortality rates. And, newer cameras and film processes by Kodak meant that subjects no longer needed to sit for 30-60 seconds in order for the photo to turn out.

It is also possible that as photography became more the norm, mothers became less camera-shy, since many subjects did not feel natural in front of the camera. The practice of hiding mothers in baby portraits faded by the 1920s. But, we have been left with photos that captured some very grim facets of the era, a time when antiquity and the modern age collided in a unique way.

The relatively uncommon nature of these images makes them collectible for those who enjoy 19th century photos. Do you have any in your collection? Let us know in the comments below.