August 14th, 15th, and September 2nd of 1945 were all celebrated as Victory Over Japan Day, the dates correlating to the initial surrender (in different time zones) and also the day that formal surrender paperwork was signed by Japanese officials. For the Allied countries, long weary of the war, these were days for celebration – as much as could be forged from the rationed cupboards of the average working man at any rate. 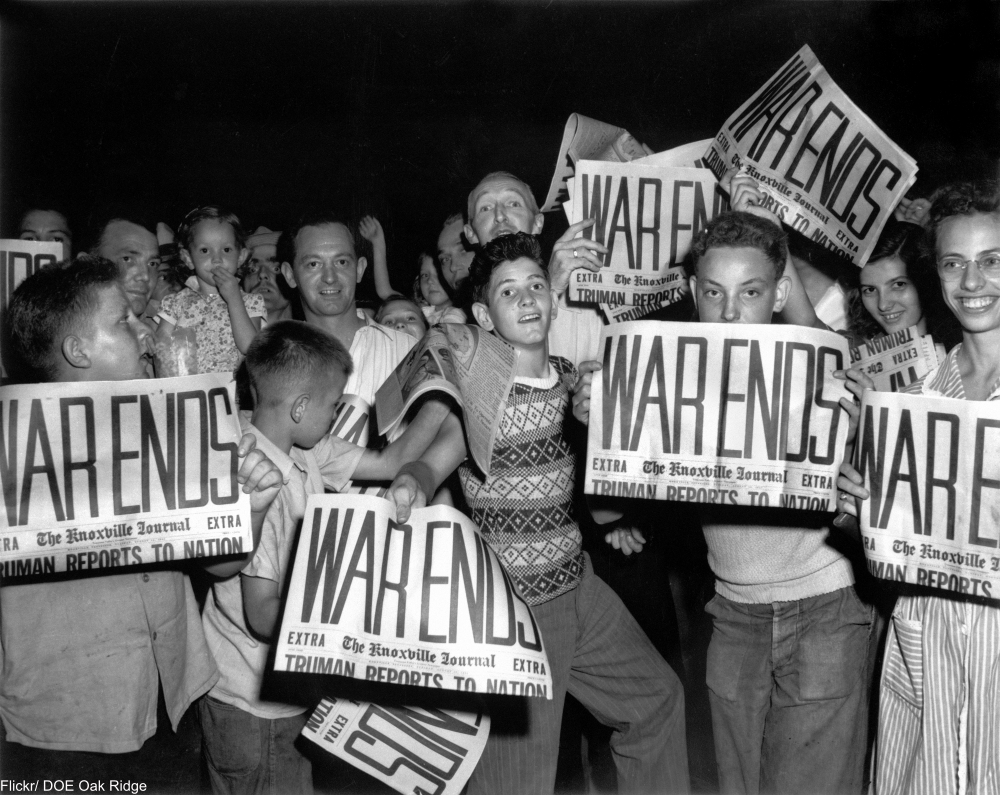 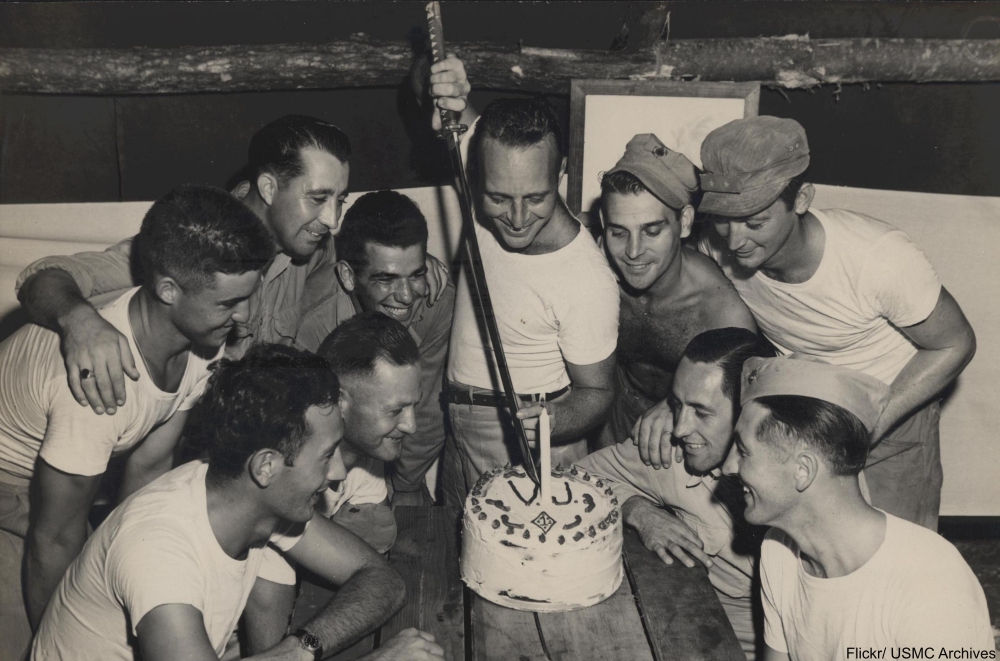 From original caption: “Victory Carving-First Division Marines on Okinawa gather around Corporal John Dulin as he wields a Japanese samurai sword to cut a VJ cake that he baked for the celebration. That isn’t sugar cake though, the icing is made of starch.” Via/ Flickr 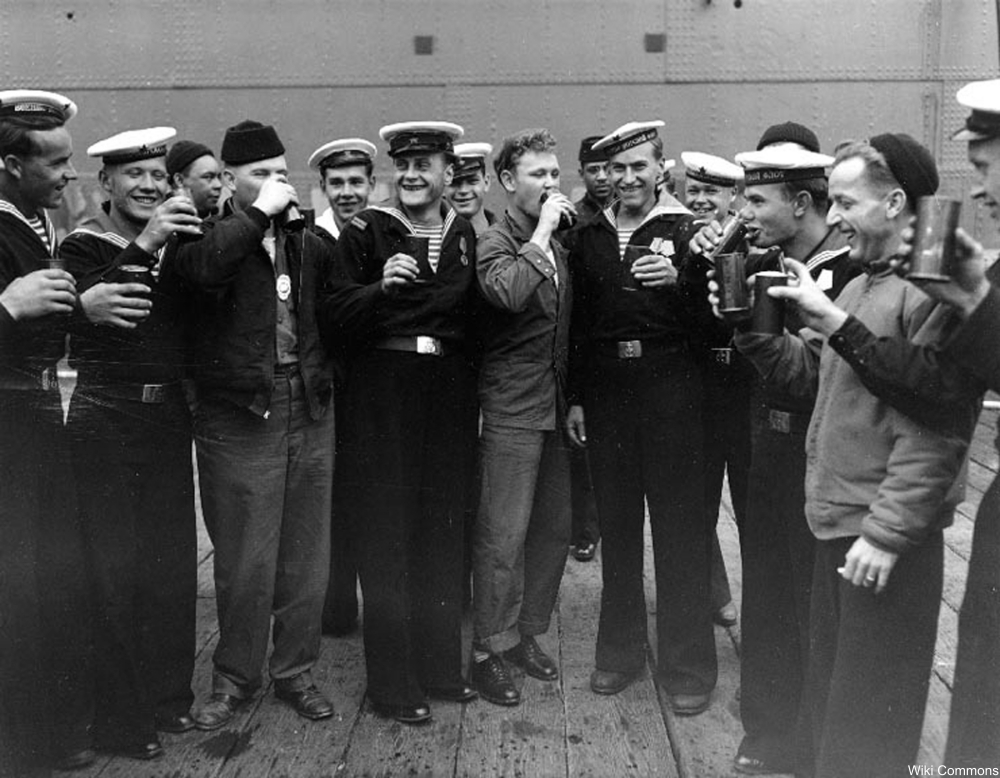 From original Caption: “US and Soviet sailors in Alaska celebrate VJ day.” Via/ Wiki Commons 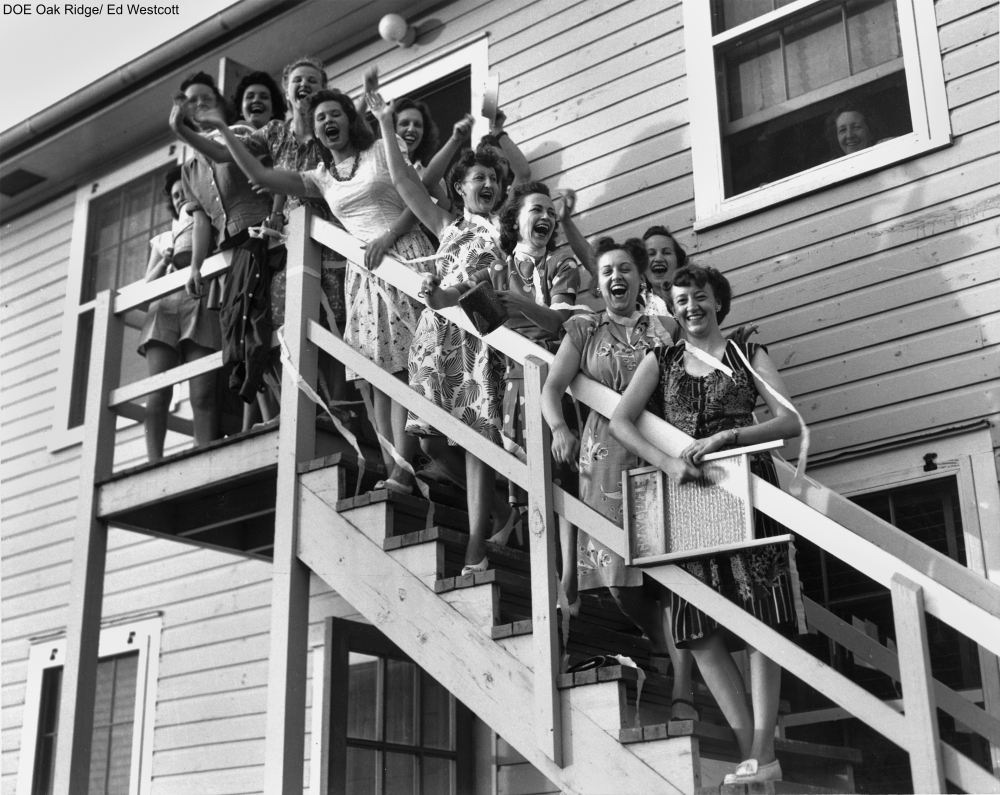 Ladies banging pots and pans and a washboard in celebration in Oak Ridge, Tennessee. Via/ Flickr 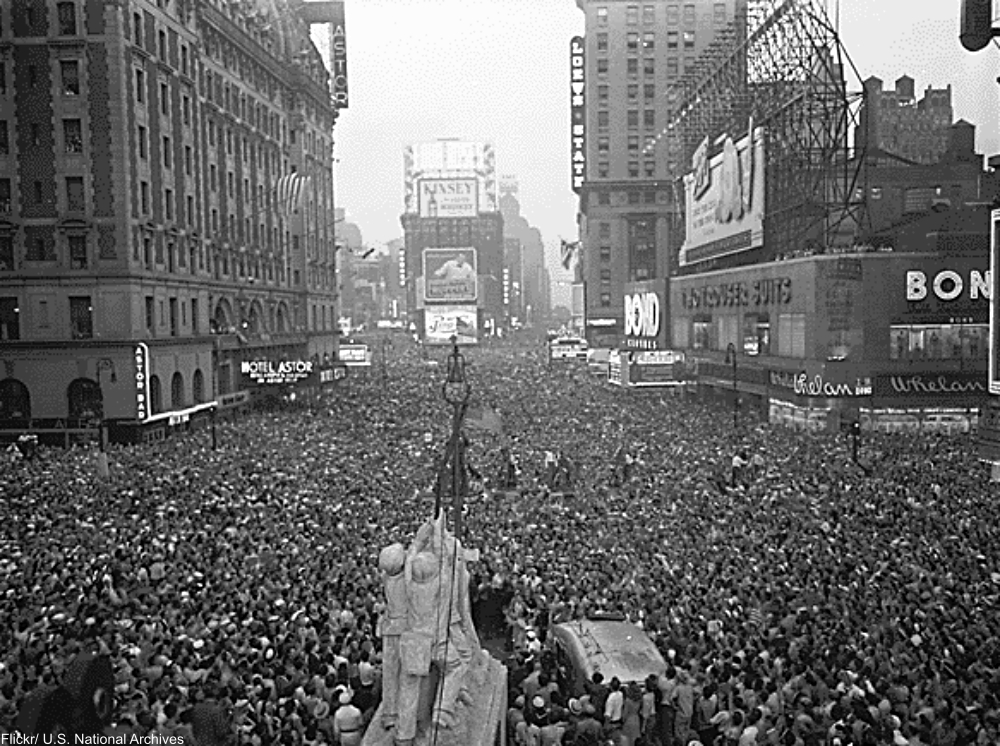 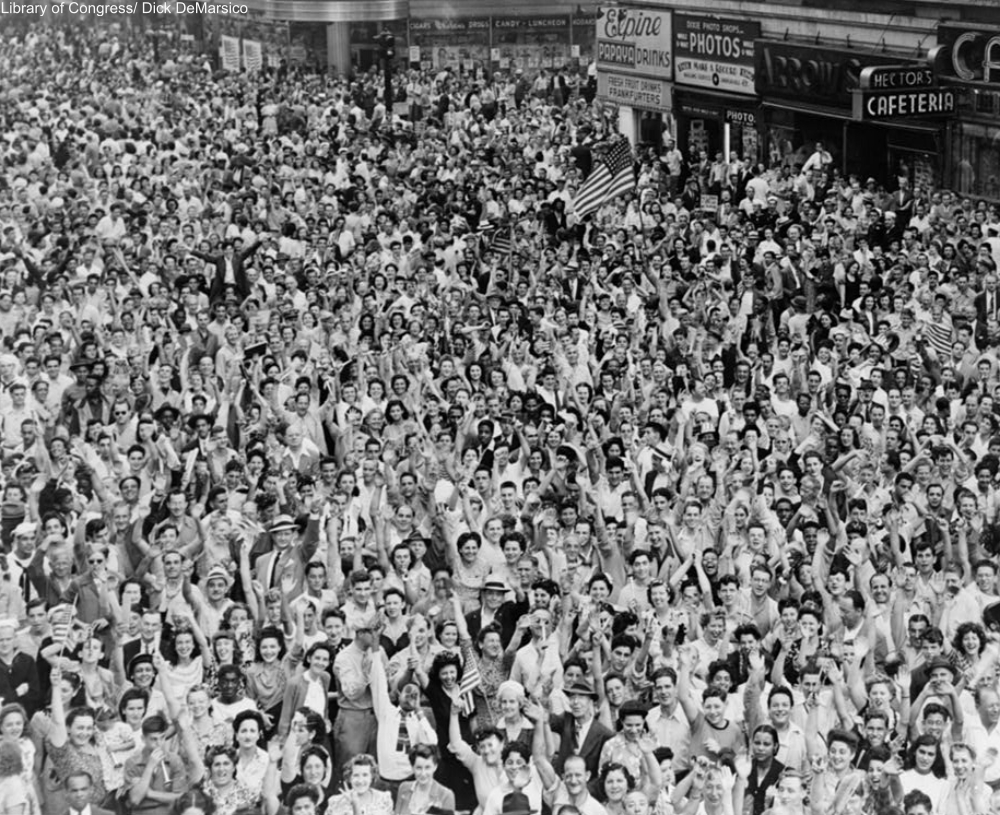 From original Caption: “Crowd of people, many waving, in Times Square on V-J Day at time of announcement of the Japanese surrender in 1945.” Via/ Library of Congress

Click the “Next Page” button to see the rest of these amazing V-J Day photos!