Utah Monolith Mystery Deepens As More Are Found Across the World

Spotted from a helicopter while on a mission to count bighorn sheep, employees of the Utah Department of Public Safety and Division of Wildlife Resources found a large metal monolith driven into the ground. This remote part of Utah is on federal land, which means any modifications or art installations cannot be constructed on the land without some serious paperwork. The monolith appears to be made from metal and stands about as high as the height of 2 men. So far there have been no clues found at the site to indicate who might have placed the monolith there or for what reason. 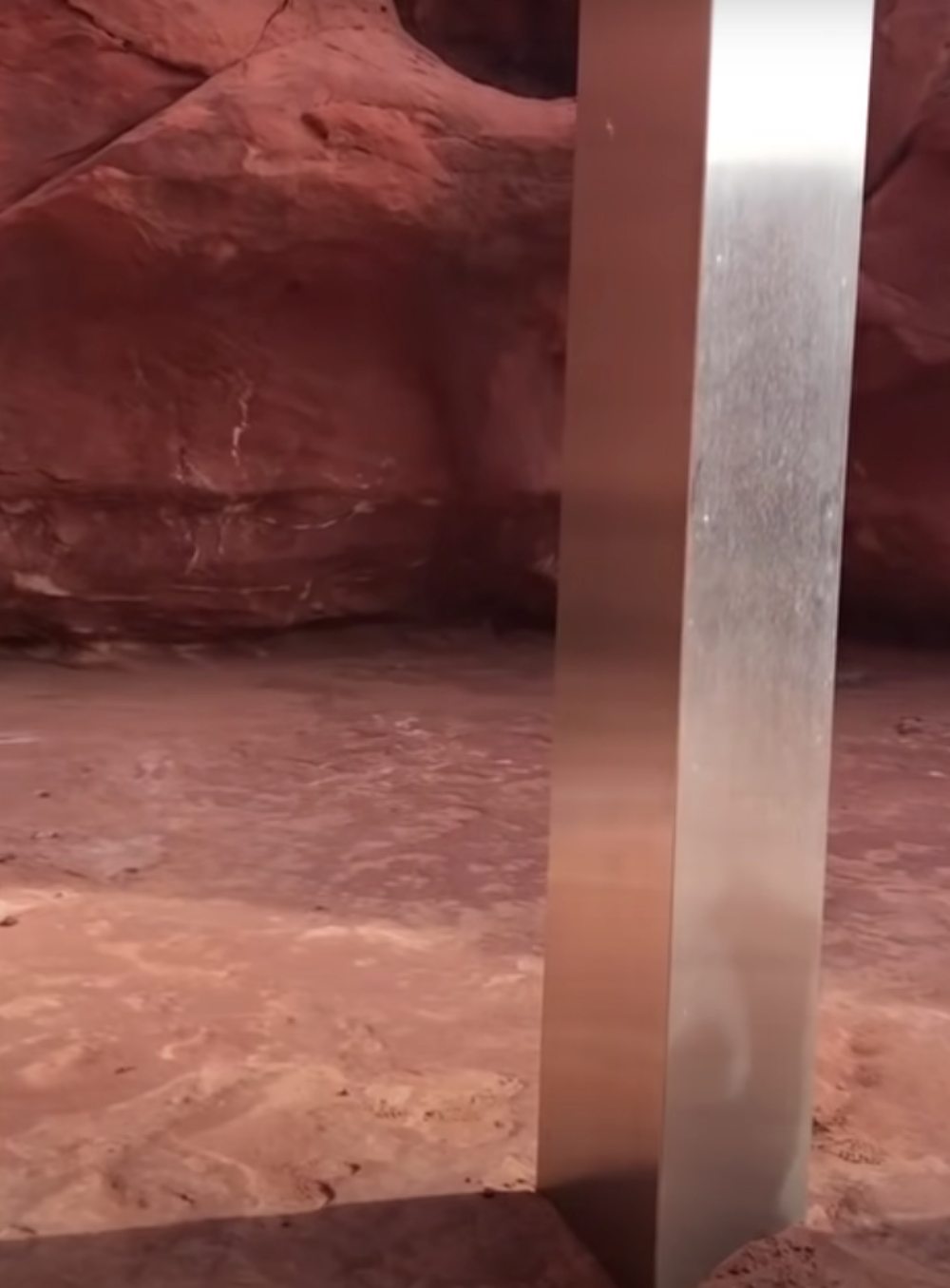 Some people are calling it a strange object, but a Utah Highway Patrol lieutenant, Nick Street, said that the object was “not from another world”. While the exact location of the monolith has not been made public, it’s clear from the footage that the area is part of a huge swath of Utah land known as “red rock country” for the reddish rocks and dirt that dominate the landscape there.

UPDATE: Less than a week after this strange object was first found, it has gone missing. Officials involved were careful not to reveal the exact location of the find, but it wasn’t long after the story first broke that curious hikers set out to find where the monolith was hiding. The risk of people getting lost or stranded was a key factor in not disclosing the location. The Bureau of Land Management in a statement said that they had not taken the monolith down. This means that the object was remove either by treasure hunters or by the original entity that put it up in the first place. They further said that the job of finding who took the object is likely down to the sheriff’s office, since the bureau doesn’t handle crimes on private property.

Other metal monoliths have been popping up all over the world. One was spotted in Romania, another in England. In the U.S. they’ve been seen in New Mexico, California, Nevada, and Pennsylvania. It is unknown whether most of the objects have a common creator or if they are copycats of the first one that was found. So, far the monolith found in Pittsburg, Pennsylvania, has been identified as belonging to Grandpa Joe’s Candy Shop, put there as an opportunity for the small business to gain publicity. They have not claimed credit for the other monoliths however.

You can see footage of the Utah monolith for yourself in the video below.