The victims of the eruption of Mount Vesuvius in 79 AD left entire communities with nowhere to run. During the eruption, which lasted for 2 days, residents of the area were assaulted by a rain of hot ash. The flow of high-temp ash caused those in its wake to die from thermal shock. This horrifying phenomenon has led some researchers to state that the high temperatures actually turned the victims’ brains to glass. While there has been a theory circulating that the deaths would have been too quick for the victims to feel pain, a new discovery of two more bodies near Pompeii has some people questioning this. 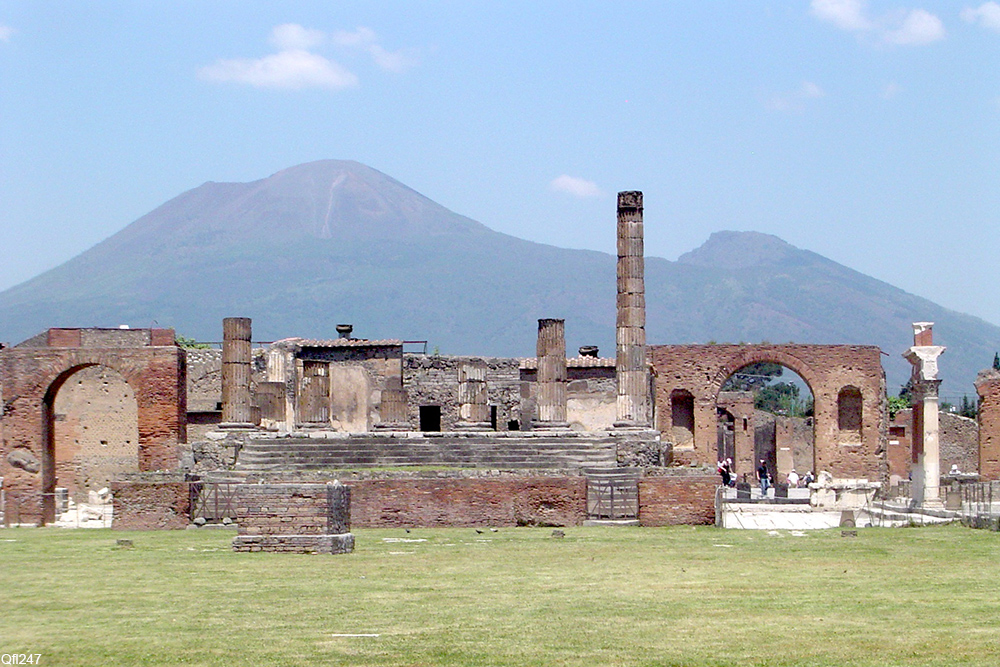 Two male figures were recently discovered at just outside Pompeii at Civita Giuliana. It is now thought that one was a higher status, older male and that the young man who died beside him may have been his slave. The body language of the two, one with an arched back and possibly clenched hands, seems to indicate that the victims very much did feel the excruciating heat that caused their deaths.

The younger man had compressions to his spine, something not seen in young people unless they do hard and demanding physical labor. The older of the two men also had more elaborate clothing, supporting the theory that he was most likely the slave owner.

Because the eruption happened in phases, the first being relatively mild, when the violent second flow hit on the second day many people were caught unawares, since they had survived the first wave of hot ash. 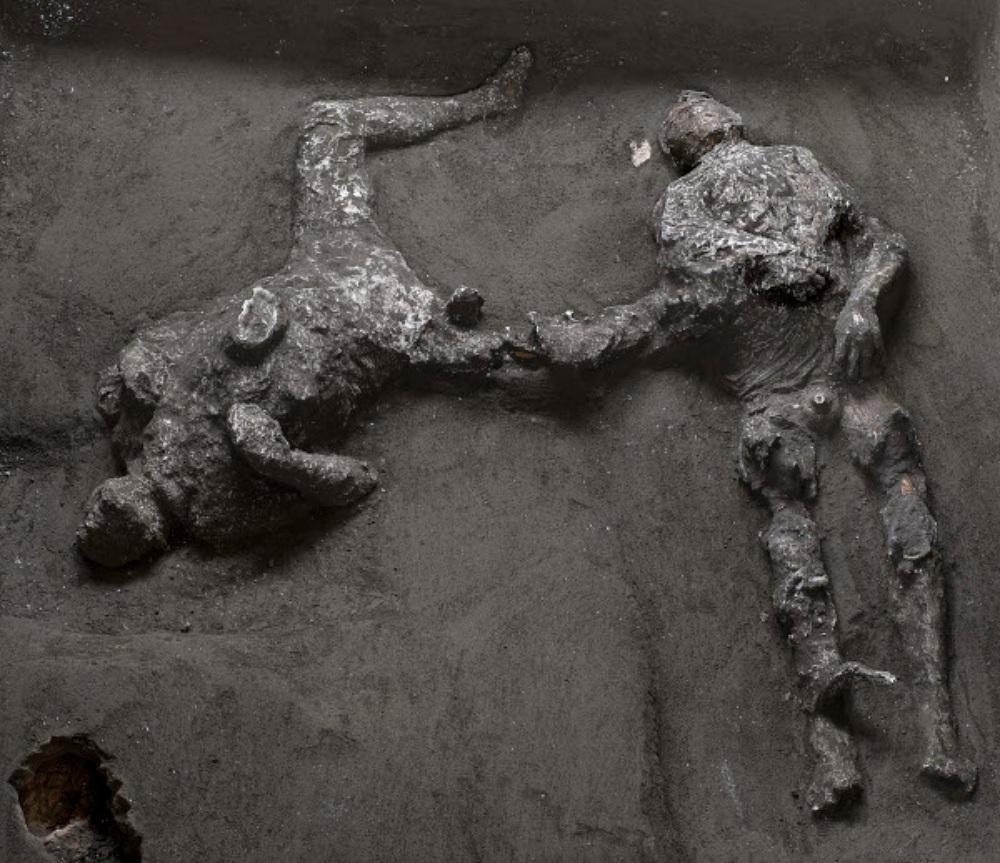 The pair were found in a cryptoporticus, a subterranean or semi-underground corridor that serves functionality for a villa, while also being a supporting structure. The theory on why they were there is that they probably thought (or at least hoped) they would be safer underground. Clearly that was not the case.

The remains of the two men were removed and the voids that their bodies left in the ash and sediment were made into plaster casts. These casts will be put on display at the Pompeii Archeological Park, along with the 100 or so other plaster casts of the bodies of previously found Vesuvius victims.

You can see how the archaeological team at Pompeii went about exploring the remains -and how they filled the cavities with plaster- in the video below.