In Egypt, a recent discovery by archaeologists of over 20 ancient wooden coffins is now being called one of the most important discoveries in recent times.

Egypt’s Antiques Ministry released a statement that said the coffins were found in the Asasif Necropolis near the city of Luxor.

BBC reported that the majority of the tombs at Asasif are from the Late Period of Ancient Egypt, Approximately 664-332 BC. Other tombs in the area may also be from the earlier 18th Dynasty, which lasted from 1550-1292 BC. Those are the first from the New Kingdom.

The coffins, which are considered a ‘huge cache’ are thought to be from the Third Intermediate Period, which started when Pharaoh Ramses XI died in 1070 BC. 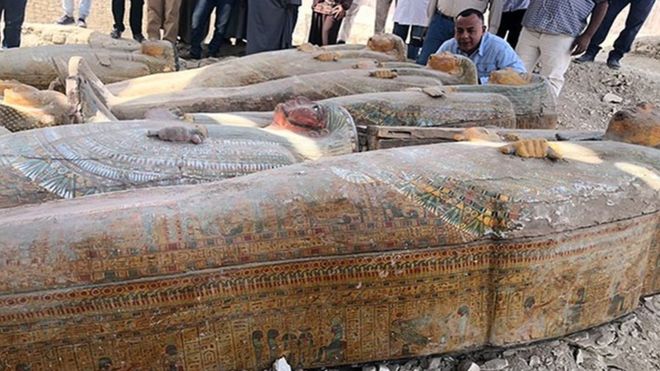 In other words, it’s possible that these coffins may be 3000 years old. Perhaps even more amazing is the decorations and colors that still show on the coffins, ‘just as the ancient Egyptians left them’.

The ministry is describing the find as ‘one of the largest and most important’ in recent years and said the coffins could have even ‘belonged to high priests’.

A limited amount of information is being released by officials at this time. There are also some incredible pictures of the coffins, although we will have to wait until a news conference on Saturday to get the rest of the details.

The Egyptian Minister of Antiquities, Khaled el-Anan, is seen inspecting the artifacts in a number of photos. Those artifacts were filled with an ancient ‘industrial area’ was discovered in Luxor’s West Valley 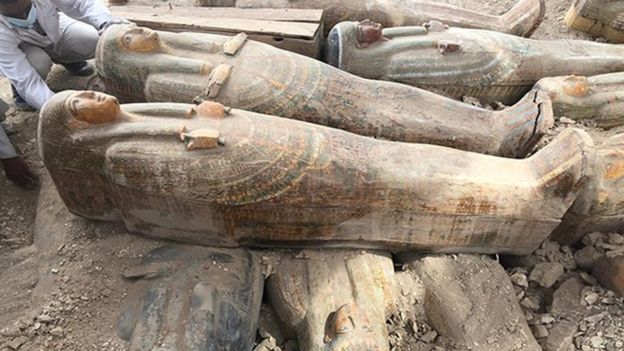 The statement said that the area also included ‘houses for storage and the cleaning of funerary furniture, with many potteries dated to the 18th Dynasty’

The photos also show that the coffins are well preserved, thanks to the claimant in Egypt. 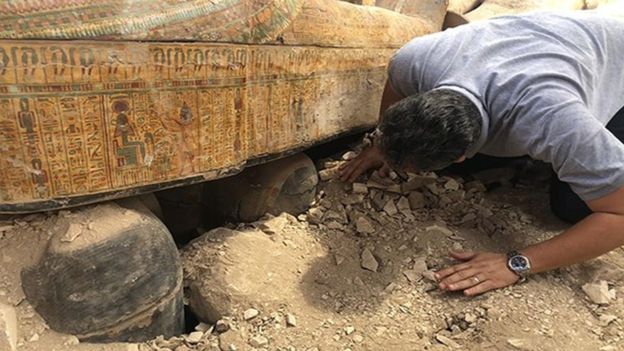 Dr. Roland Enmarch a senior lecturer in Egyptology at the University of Liverpool told the Daily Mail: “If something stays dry then as long as the chemicals are stable – it can stay like this for thousands of years. They would sometimes use wax as varnish or tree resin, this is why on some coffins they can glisten. They have suffered a lot and there was a lot of dust on them.”