More than a century after the devastating wreck, we are still obsessed with the details surrounding RMS Titanic. What is it about this piece of history that continues to spark our attention? No doubt that the poor planning that led to the lifeboat shortage strikes a chord for most of us. And, the avoidable nature of the crash still leaves so many questions unanswered. This has led to an interesting theory about what happened to this ill-fated ship and her passengers. 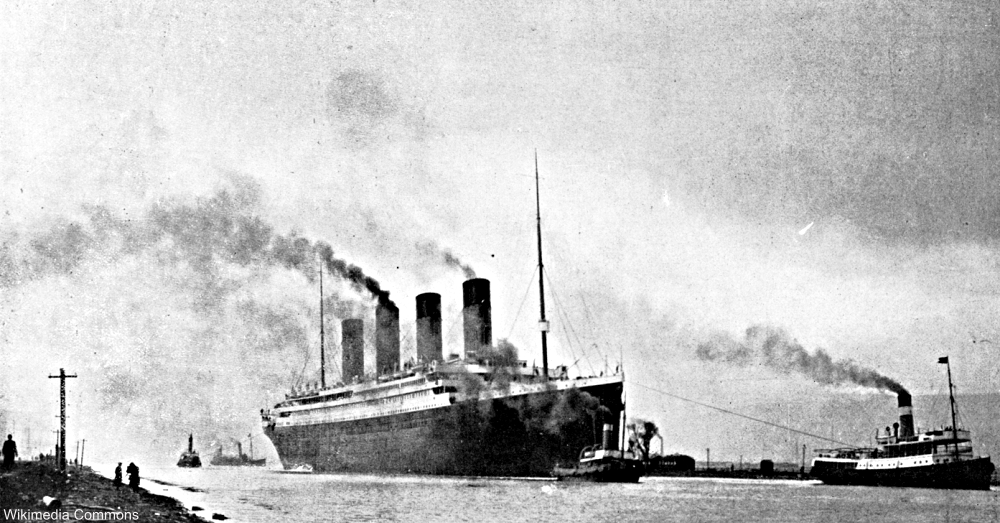 The White Star Line had plans to build a trio of ships and designs were drawn up in 1908. The company’s vision was of luxurious vessels with many amenities that would rival the finest hotels and be talked about for years to come. The fine accommodations offered even to the third-class passengers (not to speak of the incredible luxury afforded the first-class passengers) ensured a more comfortable traveling experience than previously offered on most large ships.

The glamor of the new Olympic-class line was conveyed in the nearly identical ships built by White Star. Historical photographs are so often mislabeled that Titanic enthusiasts and authors have created guides to tell the two apart in exterior photographs! But, even interior shots can sometimes be confused by historians since so many of the details are identical or similar. Thus, RMS Olympic and RMS Titanic, to the untrained eye, were essentially the same save for the name.

Comparison of grand staircases from a pamphlet for RMS Titanic and a photograph of RMS Olympic. Via / Wiki Commons

Construction on RMS Olympic began in late 1908 and she took her maiden voyage trip in June of 1911. But, during that same year RMS Olympic was involved in a collision with another ship, HMS Hawke, that resulted in significant damage to both ships. White Star was ruled at fault in later court proceedings, making repairs that much more difficult to afford. During this time, the building of RMS Titanic, which had begun construction in 1909, was put on hold until repairs and money could be settled in the wake of the collision.

Theorists say that the two ships were switched in essence, with the now-damaged RMS Olympic being passed off as the newly-minted RMS Titanic. The theory is centered around the idea that when White Star was ruled against, the line’s costs increased to an untenable level. Seeking to replace the money lost, conspiracy theorists proffer that the horrible accident that sank RMS Titanic was an insurance fraud gone horribly awry and that it was RMS Olympic that crashed into an iceberg that night near Newfoundland in 1912. The theory maintains that the two ships were switched, one with damage that could then be disguised in the damage caused by a new collision.

As a planned accident, a controlled rescue and recovery would seem to be an ideal situation. However, owing to the lack of lifeboats (a legal number based on the tonnage at the time, yet insufficient to carry all passengers) and the cancellation of a safety drill earlier that day, the sinking of RMS Titanic seems less like a money-making scheme to collect the insurance money and more like a perfect storm of bad planning. The confluence of factors point to an overly confident perception of the advanced technology of RMS Titanic as an underlying cause for the mismanagement of safety protocol on the part of the ships’ planners and crew. Insufficient public safety laws at the time only made matters worse.

Those who believe this theory point to everything from the placement of the ships’ names to the number of portholes to the identification number on the propellors and ship parts in historic photos that might indicate differences in each ship pre- and post-collision with HMS Hawke. However, these photos can be unreliable since they do not show clear images in high resolution, but rather show the same grainy images that some argue may have been retouched. 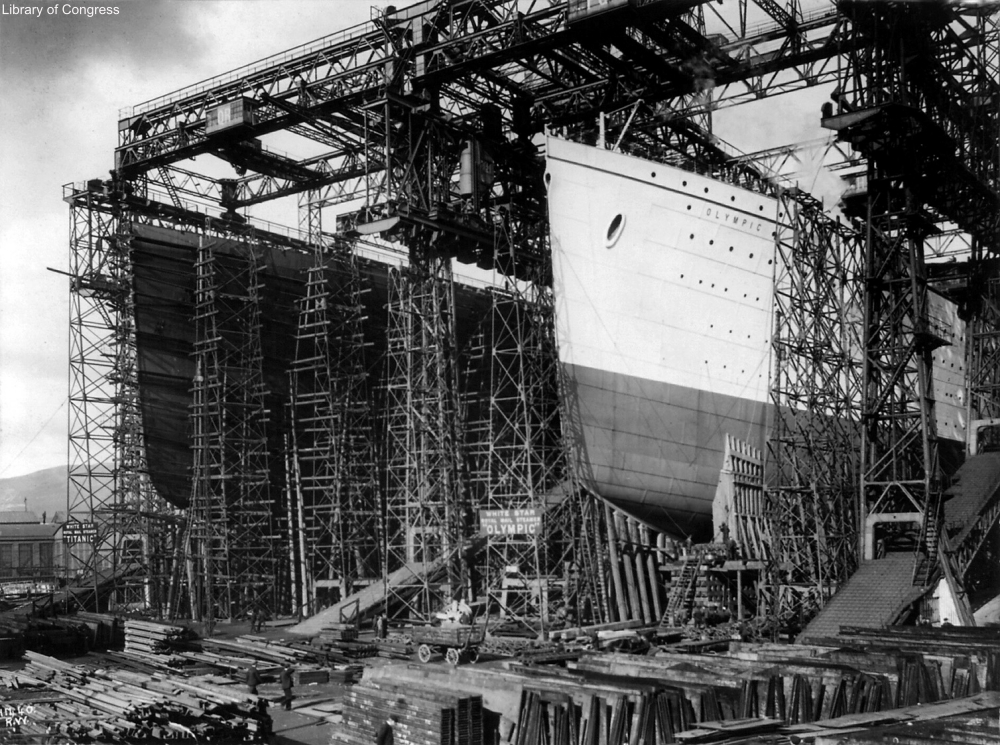 RMS Olympic and RMS Titanic during construction. Via / Library of Congress

There are a number of reasons why this theory is unlikely at best, not the least of which are the difficulty in switching the identifying components of each ship, such as the cutaway plate that bore each vessel’s name on the stern and the bow. There are those who have claimed that the RMS Titanic (sunk 1912) and HMHS Britannic (sunk 1918) were simply unlucky, considering that the sister ship RMS Olympic stayed in operation despite the crashes she endured in 1911, 1918, and 1934.

There remains much mystery around the ship still. Even the designer of the ship has been brought into question! Decades later, we must rely on the exaggerated claims of newspapers of the day, subjective survivor affidavits, and spotty records. One fact is for certain though, this fascinating story holds our gaze even as the decades pass. The ship that was deemed nearly “unsinkable” by the press not only sank but took 1,514 innocent victims with her.

Read about both versions of the Titanic II here!