The Curious Case of Tokyo Rose

Iva Ikuko Toguri D’Aquino became trapped in Japan during World War II after having gone to visit a sick relative. D’aguino had lived in the U.S. her entire, having been born on July 4th, 1916, in Los Angeles. But, a series of extremely unfortunate events left her between a rock and a hard place during the war, a time when even a mention about the Japanese could get one into trouble.

At the time the radio was everyone’s lifeline to news of the war. Families would trace the victories on their maps, hoping to figure out where loved ones were and trying to keep up morale. For this reason, any attempt of coloring public opinion or tampering with morale was seen as a crime of heinous proportions. 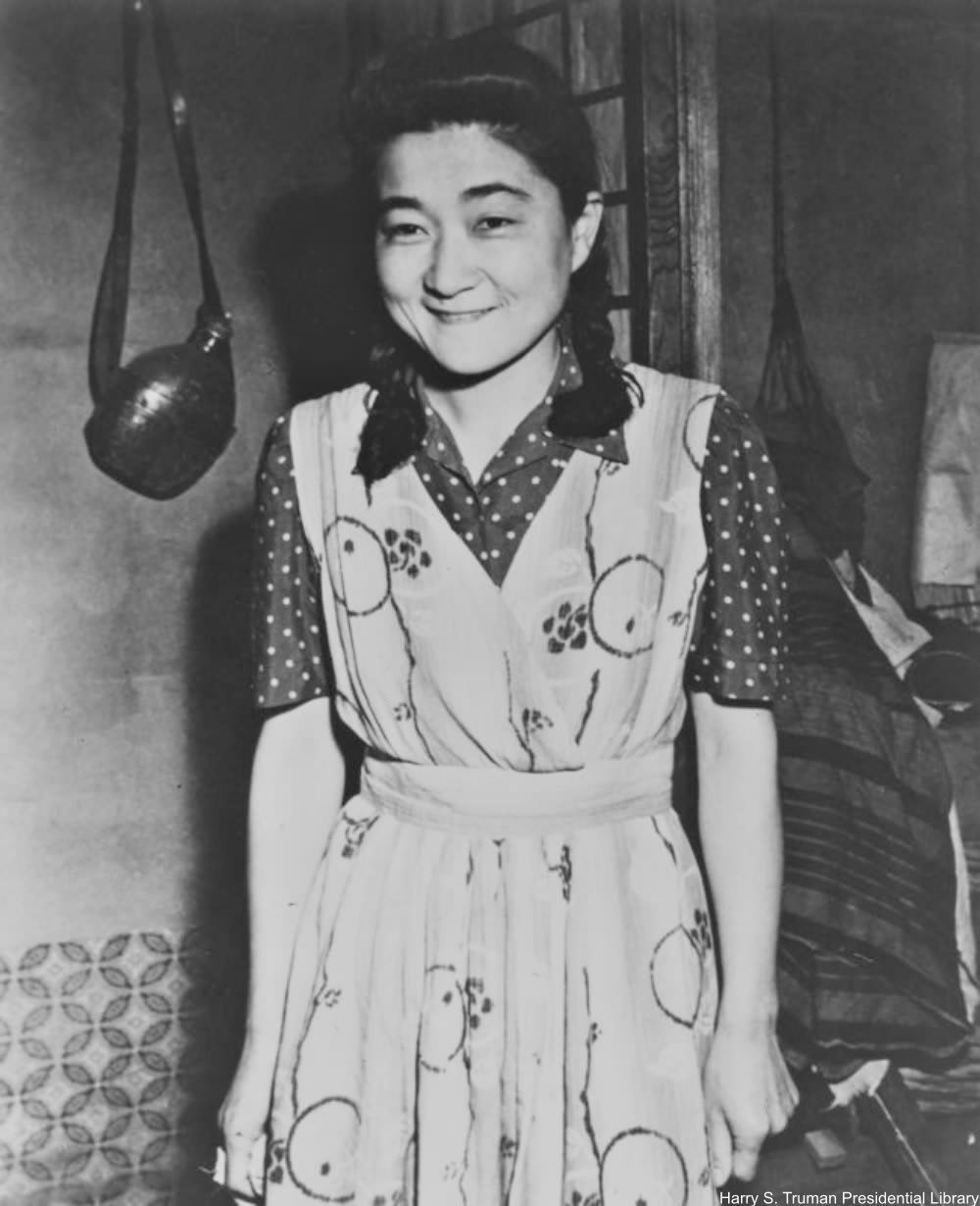 A Trip to Japan

D’aguino had graduated with a degree in zoology from UCLA in 1941, the same year she would visit Japan to see relatives, and sadly the same year as the attack on Pearl Harbor. Unfortunately, Pearl Harbor happened while she was in Japan and she was denied re-entry to the U.S. when she tried to fly home as she had left the country without her passport. It was not unusual to travel without a passport back then and up until the Cold War, passports had only been required during war time. The U.S. was not at war when D’aguino left the country.

Being forced to stay in Japan, she was then denied a food ration card since she would not renounce her U.S. citizenship. And then, because she would not become Japanese, her relatives forced her out of the house for being unsupportive of the Japanese government. 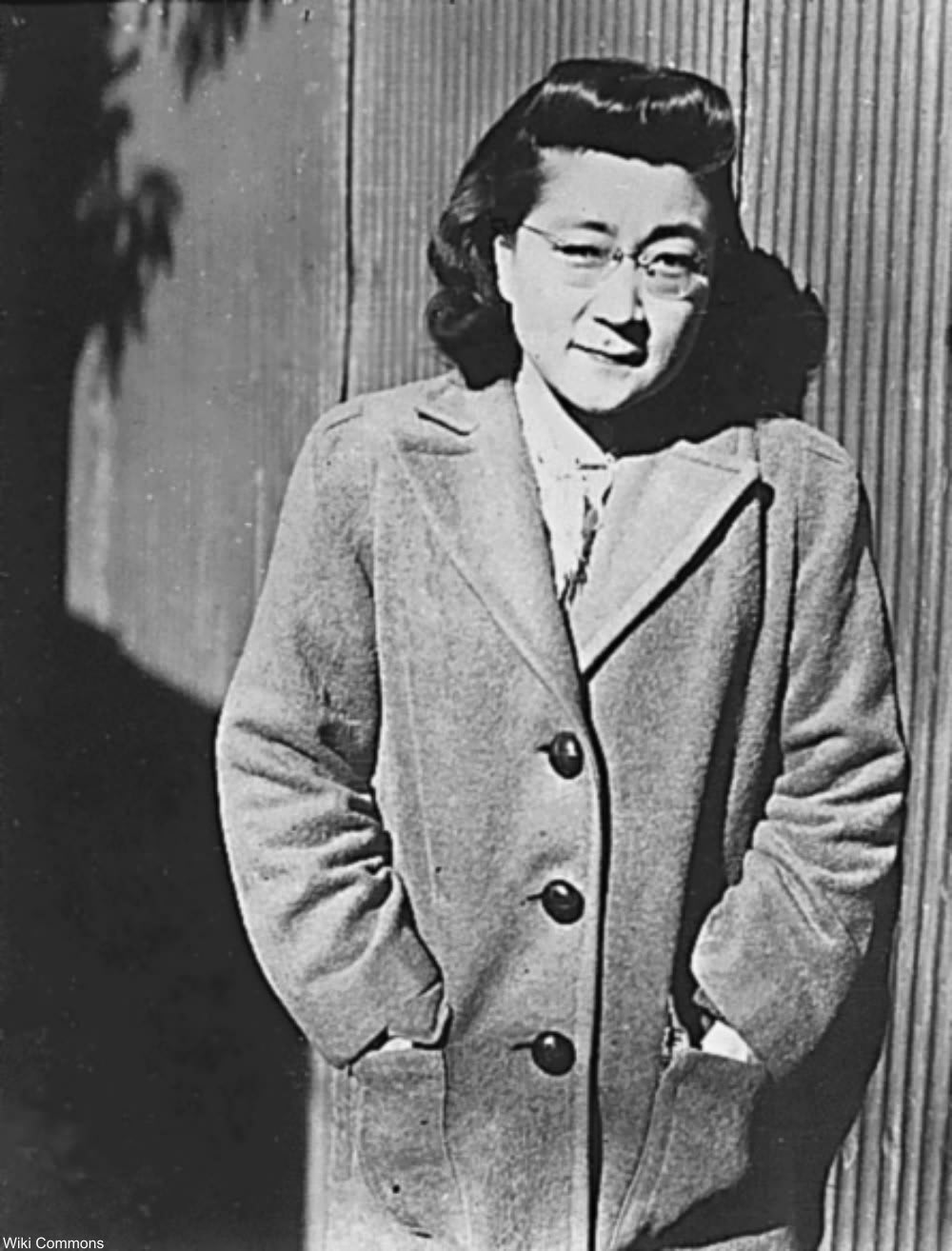 Since D’aguino couldn’t leave, she got a job at a Japanese news agency and her American accent was put to good use over the air waves when she was later hired on at Radio Tokyo. She sang and entertained American troops stationed in the Pacific Theater, but the broadcasts had a propaganda twist to them (or so accusations would later charge). However, she was dear to many soldiers, who lovingly nicknamed her “Tokyo Rose” along with other female broadcasters who they came to see as the rare lifeline to their former lives.

Her Time on the Air

After the war was over there was no end to the bitterness felt by those who saw Pearl Harbor as the most egregious act of World War II. Public opinion still held that there were yet more undiscovered Japanese spies in the U.S. despite the war’s end. After having been identified as a radio performer in service of the Japanese government working for Radio Tokyo (a state-owned station which did broadcast anti-American propaganda), D’aquino was speared in the press and the public demanded she be arrested. 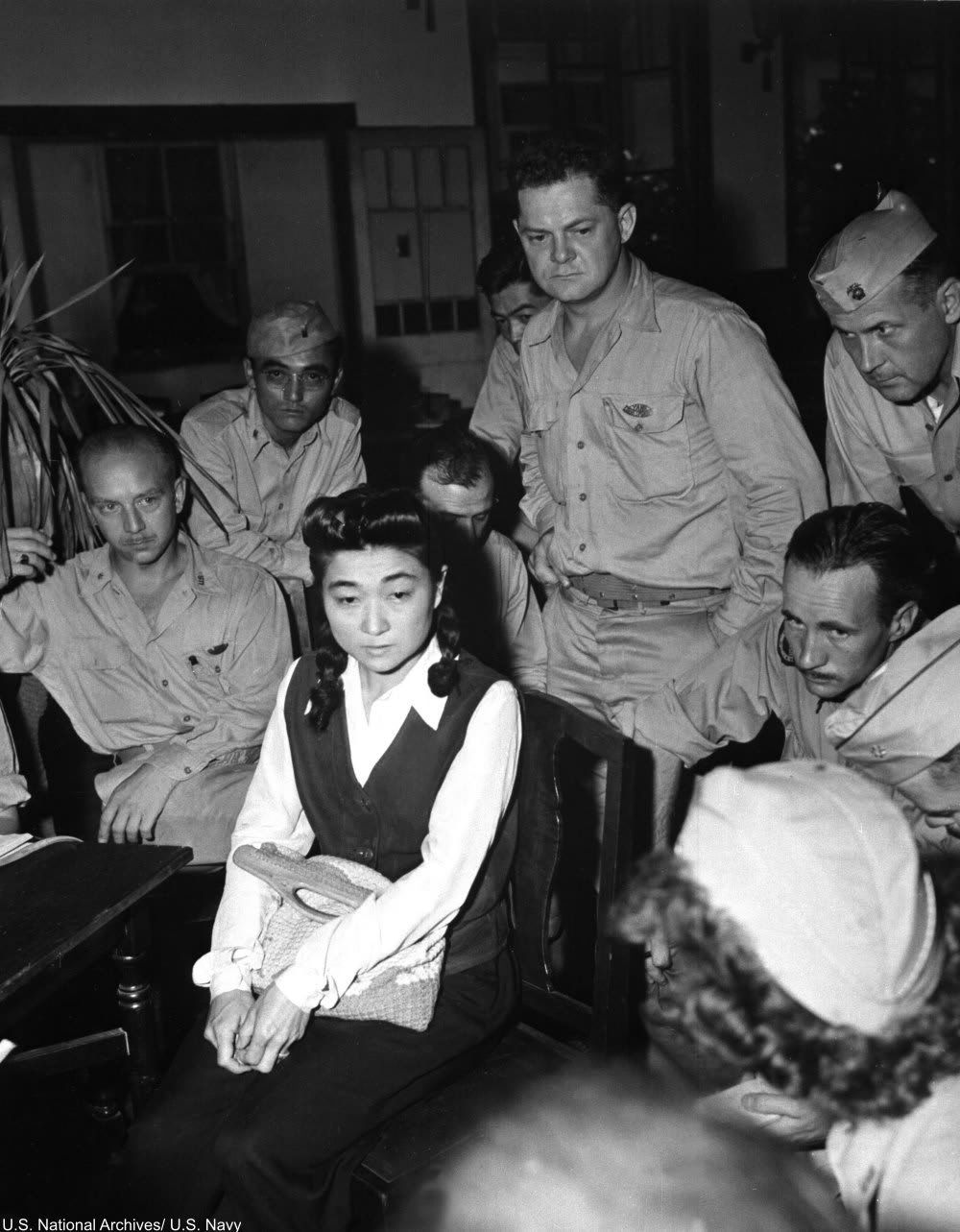 Sadly, she was referred to as “American-born Japanese” instead of American, as were all other Americans of Japanese descent. D’aguino is seen here being interviewed by correspondents in 1945. Via/ Harry S. Truman Presidential Library

D’aguino appeared as the announcer for The Zero Hour, as well as playing American music (she loved swing music) and acting in short comedy skits. The Zero Hour was a show produced by Allied POWs who had been forced to create anti-Allied propaganda. While the POWs were being forced, D’aguino was an employee of the radio station. But, because she had used some of her meager wages to buy food for them, they respected her wishes when she asked that her scripts contain no propaganda.

D’aguino never performed under the character name of “Tokyo Rose” instead using “Orphan Annie” has her most-sed radio moniker. The problem later came when D’aguino was accused of being the “Tokyo Rose” when in fact other female radio personalities had actually attempted to lower U.S. morale through their broadcasts.

The biggest lobby for her arrest came from the American Legion and Americans in service of the Nazis were also being strung up (quite literally in the case of William Joyce, the Irish-American who worked with Nazi radio to churn out anti-American propaganda and who was hanged in 1946 for treason). It seemed there was no escaping the court of public opinion and the rumors of a Tokyo Rose fueled the arrest of D’aguino in 1949.

D’aguino had been previously interviewed by the FBI but was released in 1945 because they did not suspect her of treasonous activities at that time. And she might have gone unnoticed had she not been falsely enticed by a hefty sum (which was never paid) to sign a document which stated she was the sole “Tokyo Rose.” She never thought that the consequence of that action would land her in prison.

After a highly publicized 13-week trial D’aquino was convicted on one count of treason for discussing the sinking of U.S. ships. The phrase uttered was meant to be in solidarity with the U.S. troops as she herself felt stranded in Japan. She had announced on air: “Orphans of the Pacific, you really are orphans now. How will you get home now that your ships are sunk?” For this she was sentenced to 10 years in prison (of which she served 6) and stripped of her U.S. citizenship. 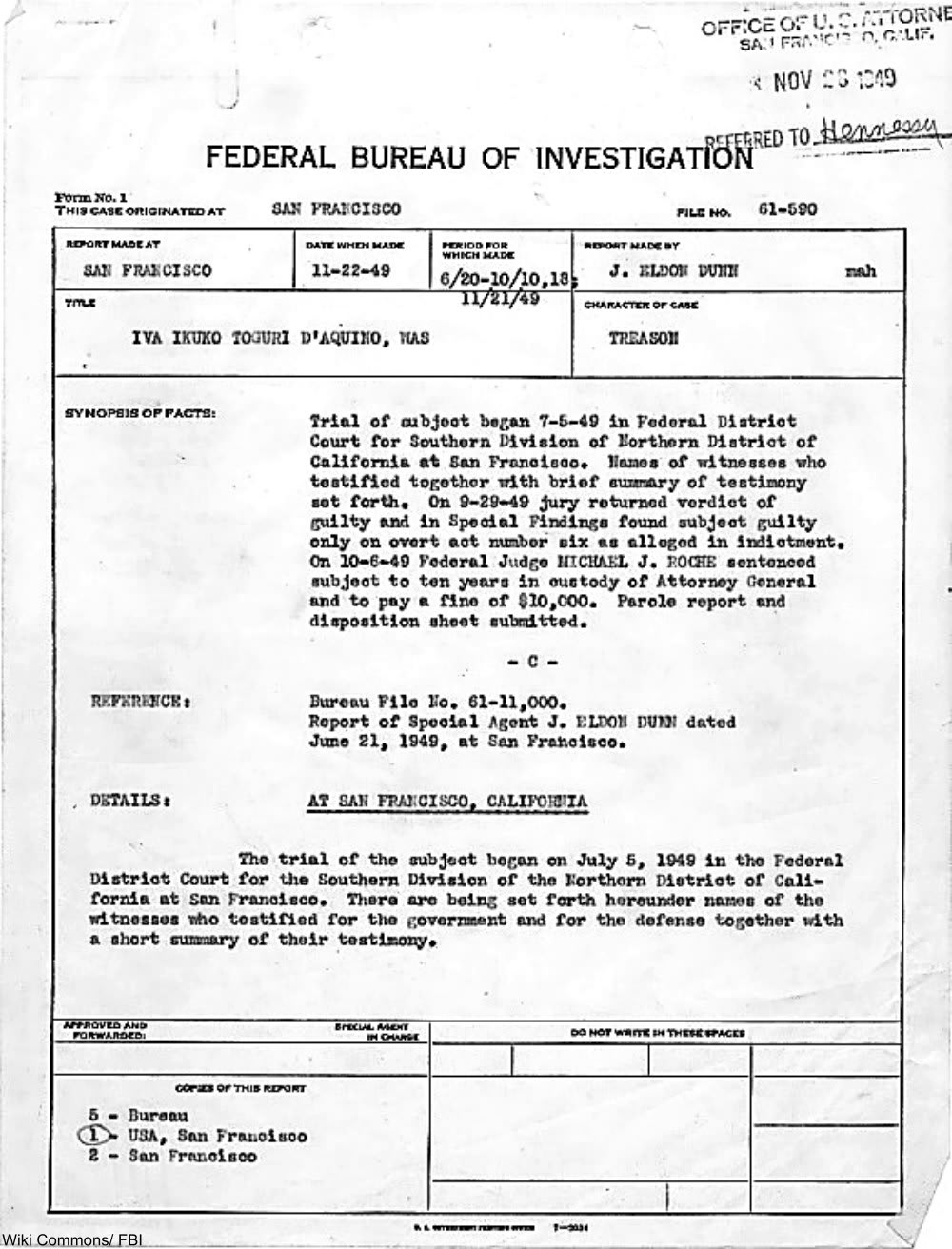 Some suspect the only reason she was arrested a second time was that the public was looking for retribution for Pearl Harbor and had specifically sought out Americans of Japanese descent to punish (this was, of course, after the cruel camps for Japanese Americans during the War).

D’aguino was given a full pardon and restoration of her citizenship by President Ford in 1977 in part because several different women were referred to as Tokyo Rose by the soldiers and also because 3 of the prosecution’s witnesses later admitted to perjury under oath, proving that her trial was highly flawed at best. At worst, the trial was a ruse to exact revenge publicly against the Japanese for Pearl Harbor. 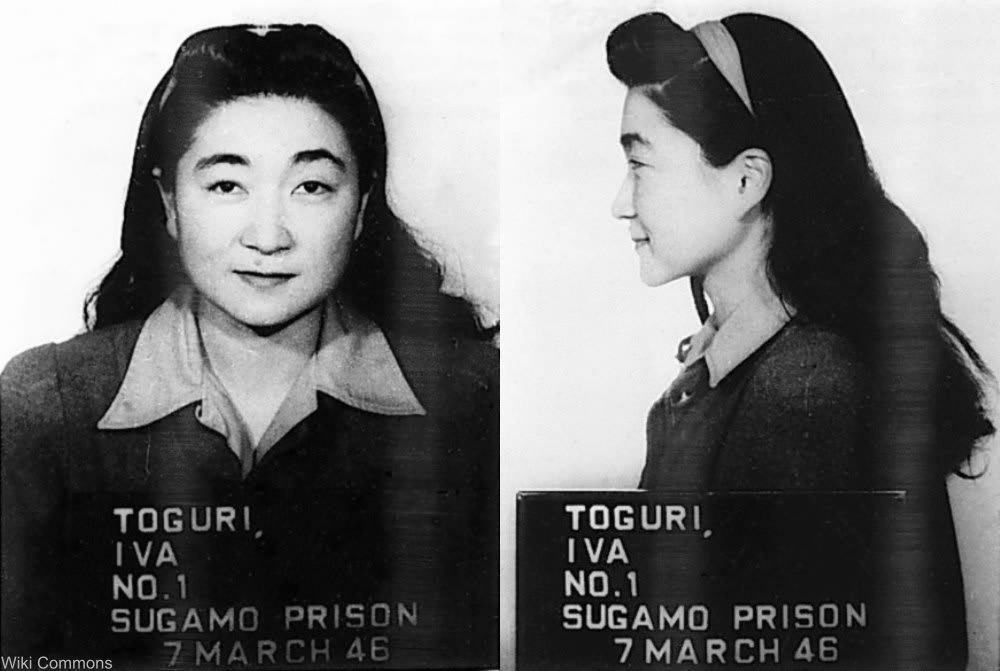 D’aguino died in 2006 in Chicago, but not before being awarded the Edward J. Herlihy Citizenship Award from the World War II Veterans Committee. Despite losing years of her life and her marriage (her Portuguese husband had been denied entry to the U.S.), D’aguino was proud to be American until the very end.