This Petrified Giant in Cardiff, New York Was the Talk of 1869

Imagine you are digging a well when suddenly you discover the petrified remains of a man, and not just any man, but a giant from an ancient race mentioned in the Bible. This was the story that visitors to the Cardiff, New York farm of William Newell were given. It was October of 1869, the Bible was of prime importance for most people, and some folks believed that the race of giants mentioned in the Old Testament could possibly be real. 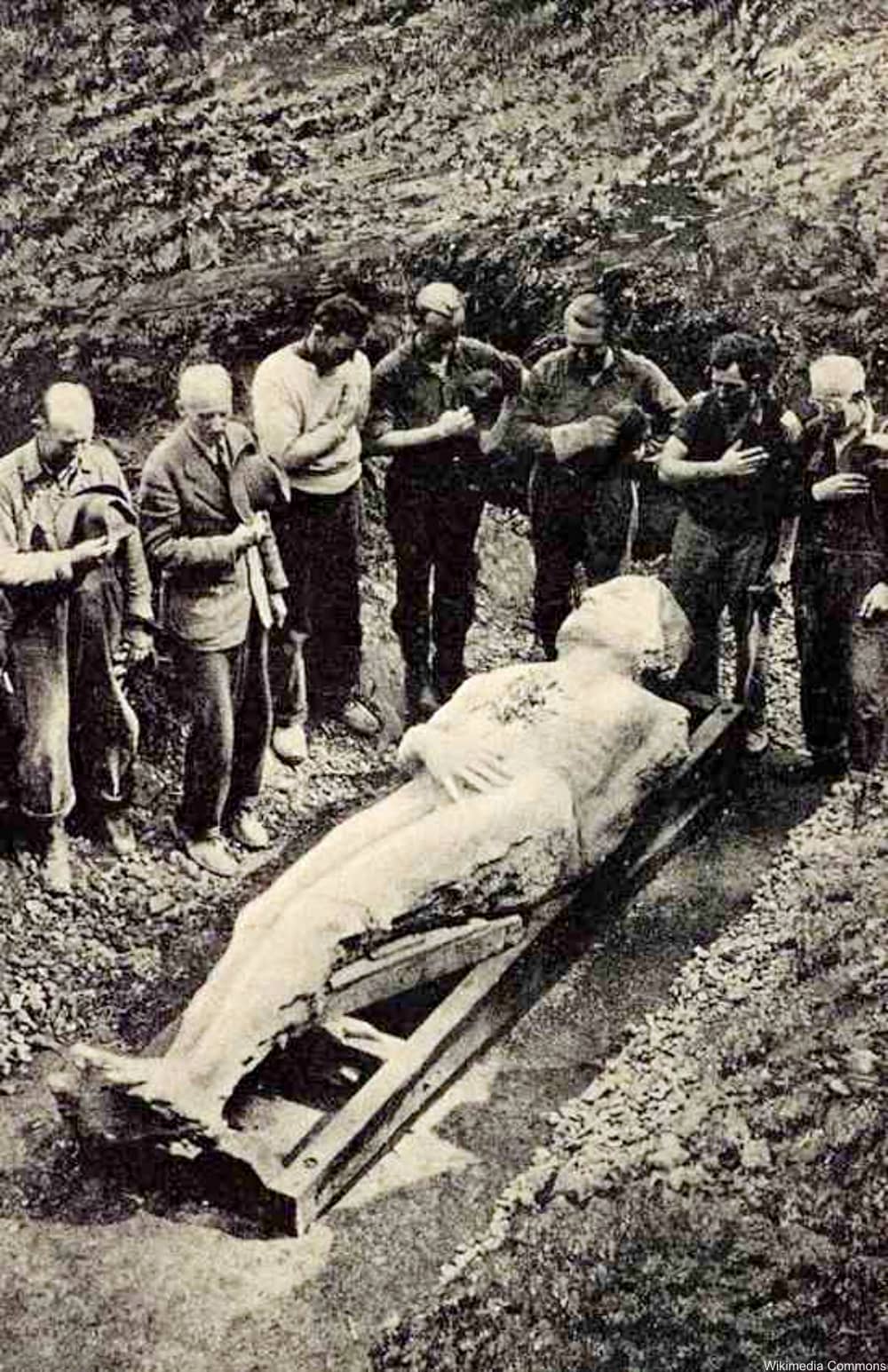 The Cardiff giant. Via/ Wiki Commons

The stone figure became known as the Cardiff Giant. At over ten feet tall, this stone figure became the source of much talk. Scores of people traveled to see the wonder, though many did not believe that it could be the calcified remains of a giant. The most vocal of the Cardiff Giant’s supporters were religious leaders whose views were more conservative and rooted in the Bible in a more literal sense. The fact that it clearly looked like a statue to some was no deterrent to the crowds as there was speculation that it could possibly be an ancient work of art, which most people thought was as worth the price of admission as a petrified giant.

The attraction was so popular that P.T. Barnum offered to buy the giant. When he was refused, Barnum created his own version and displayed it in New York City, claiming that his was the real giant. This, in turn, spawned a number of other “fakes,” creating more doubt as to the authenticity of any of the giants. By December of that same year, the jig was up.

George Hull, cousin to William Newell, confessed that he had commissioned the original giant to be made from gypsum, had sworn the stone carver to secrecy, and then planted the statue on Newell’s farm. This elaborate yet very successful hoax was a huge money-maker for Hull, who sold the Cardiff Giant to a group of businessmen. Hull supposedly had come up with the plan after an argument with a preacher over the plausibility of giants from the Bible existing in real life. From this hoax comes the great quote “there’s a sucker born every minute” (wrongly attributed to Barnum) by David Hannam, head of the group who purchased the statue from Hull.

The original is said to now live in The Farmers’ Museum in Cooperstown, NY, ever since it was purchased in 1947. What is believed to be Barnum’s copy is now housed in Marvin’s Marvelous Mechanical Museum in Farmington Hills, MI. 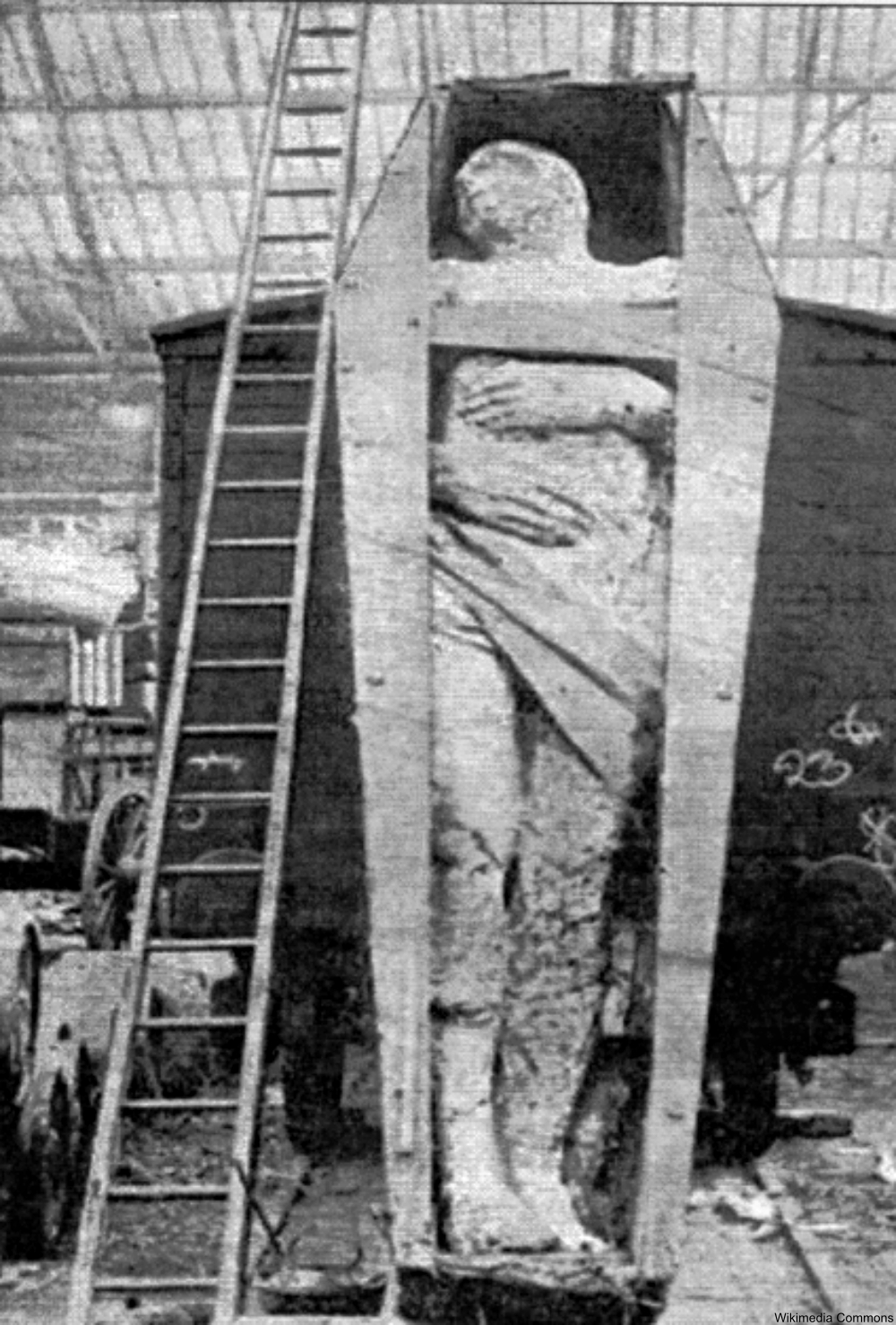 In 1895 another stone giant was “discovered” in County Antrim, Ireland, probably inspired by the Cardiff Giant. You’ll notice the pose is suspiciously similar to the Cardiff Giant. The figure was “lost,” but only after publicity photos were taken and it was exhibited. The Irish Giant was supposedly 12 feet tall, topping the others by more than a foot. It just goes to show you that a good hoax will keep coming back again and again.

Be sure to check out these 5 historical hoaxes that really had people fooled!