The Fascinating History and Origin Of St. Patrick’s Day

Whole cities go wild with excitement, people who have little connection to Ireland don green and speak with an Irish accent, and the lot of us will most likely be subjected to some sort of food or drink that has been unnaturally dyed green. How is it that this holiday came to be one of the most widely celebrated saint’s days the world over? 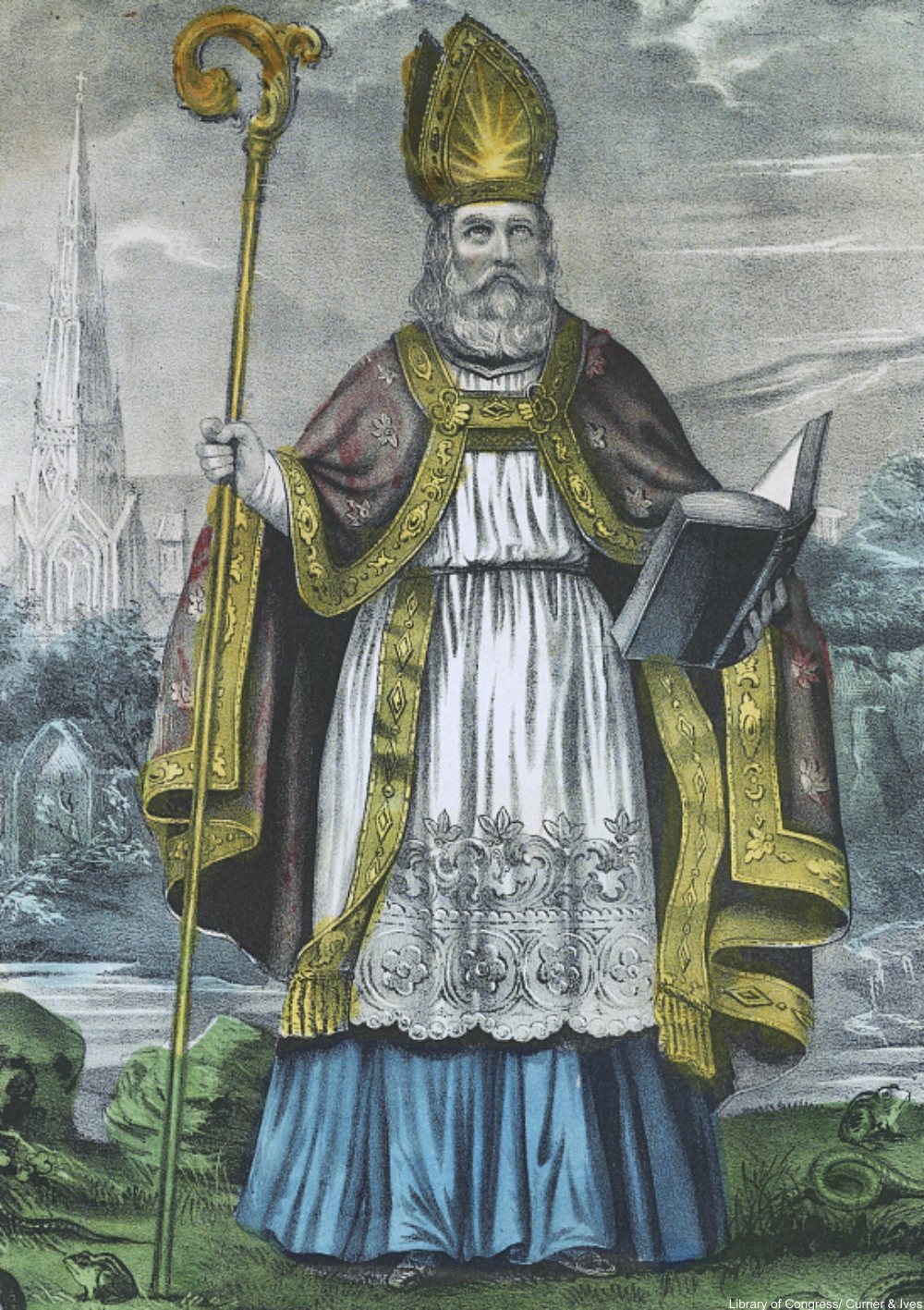 Saint Patrick died on March 17th in the year 461, only after bringing Christianity to Ireland and securing his place in history as the worldwide representative of Ireland. But, the date March 17 would not become a day of observance until the 17th century in Ireland, as it was only recognized by the Vatican in 1631. Even then it was a modest recognition of the saint’s life. And, during much of the 20th century in Ireland bars were actually closed on March 17! The day was primarily a religious one for centuries. 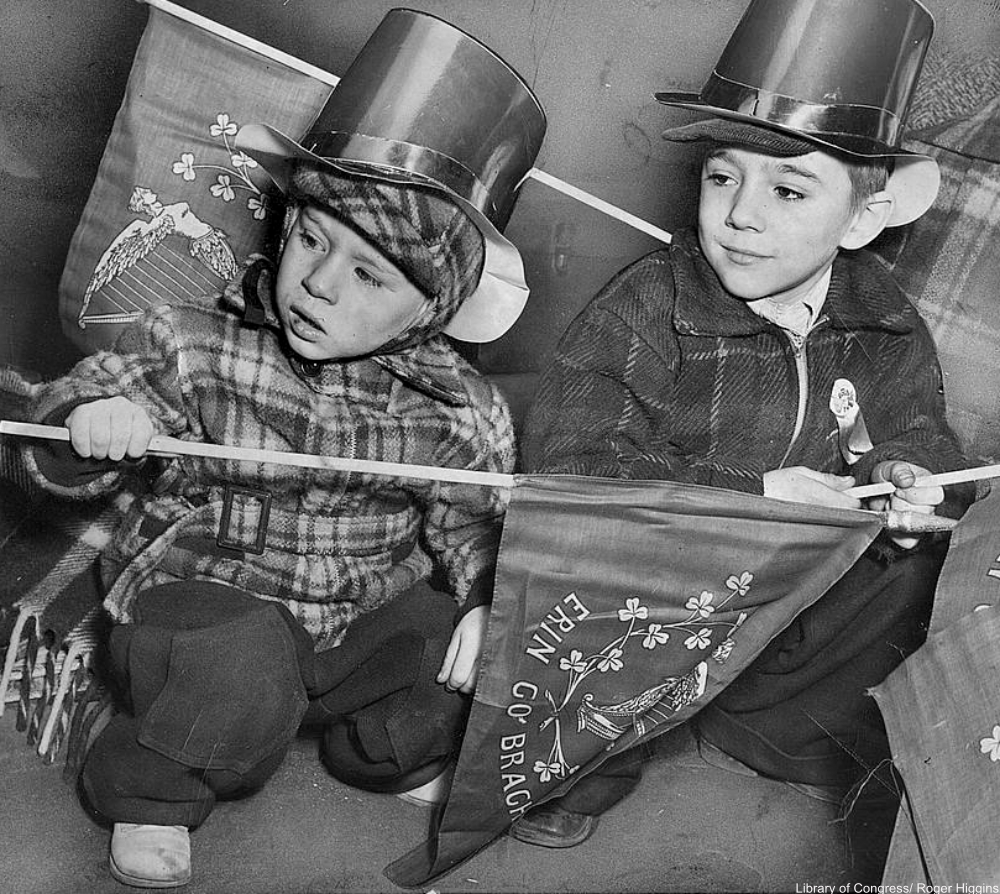 Meanwhile in the U.S. to celebrate Irish immigrant pride and to signify anti-British sentiment, St. Patrick’s Day became more of a party day in the 1700s, with jubilations growing as the number of Irish immigrants kept flowing into the U.S. By the early 1900s the day was celebrated in many cities with large parades and general merriment. It was after the holiday spread to every U.S. city and became a marketing and social bonanza, only then did the day become a more festive one in the homeland of Ireland in the 21st century. 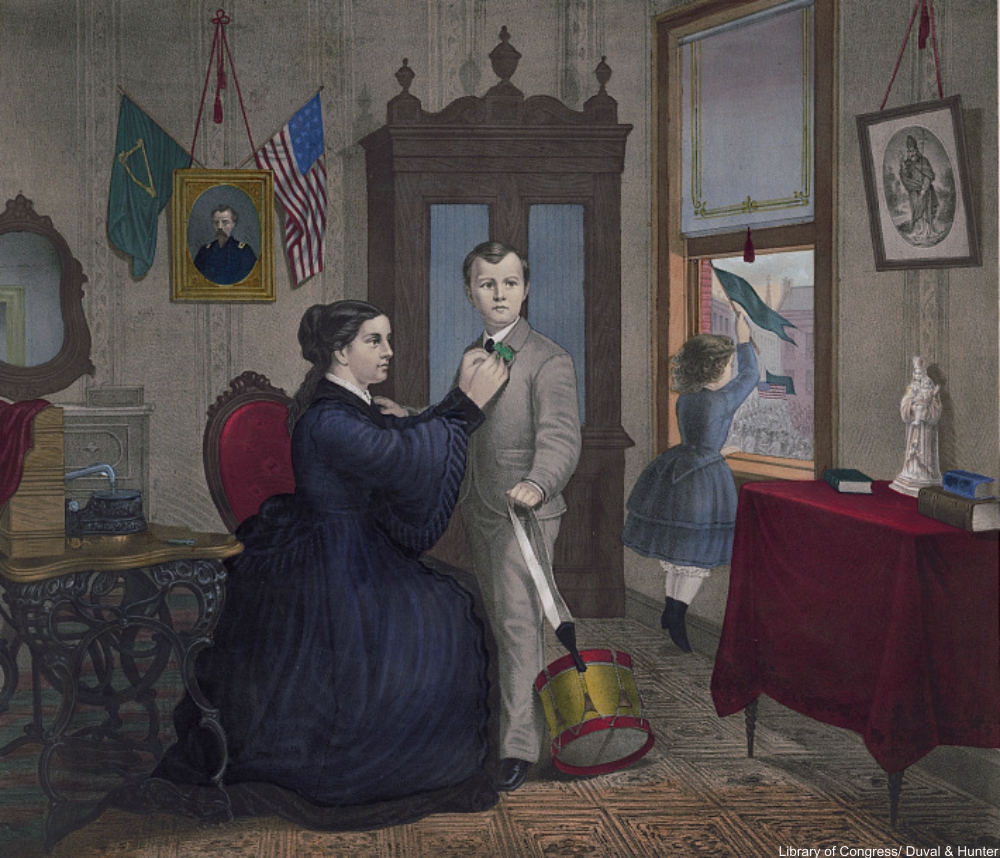 1870s mother pinning a shamrock on her son’s lapel while her daughter waves a green flag out the window at the St. Patrick’s Parade. Published in Philadelphia. Via/ Library of Congress

Blue was originally the color of Ireland and of St. Patrick, but this tradition fell away as resentment towards England mounted to insufferable levels. Once the color of St. Patrick’s robes, the color blue was chosen for Henry VIII’s royal Irish coat of arms and the Irish people were not best pleased by this. Green came to replace blue in all things to do with St. Patrick and with the country of Ireland.

There is a lot of lore surrounding the saint, like the myth that he drove the snakes out of Ireland. But, there were no snakes in Ireland for St. Patrick to drive out and there never were. There is only one reptile species in all of Ireland- the viviparous lizard. And, speaking of myths, the Irish do not typically eat corned beef on St. Patrick’s Day. Soda bread and colcannon are much more traditional in Ireland for the day than the green beer and corned beef we consume here, but to each nation their own way of celebrating this international holiday! If you’re still keen on a St. Paddy’s corned beef, you can find a great recipe right here.