Like every world’s fair, the Yukon-Pacific Exposition boasted significant displays from around the globe under the auspice of expanding scientific knowledge, broadening commercial ties, and extending a friendly exchange of cultural ideas. The fair lasted from June to October 1909. It was a sight that over three million visitors traveled from far and wide to see. The midway, called the Pay Streak, was nestled in the University of Washington campus in Seattle, surrounded by trees and paths. The beautiful buildings and fountain at the heart of the fair would remain a part of the campus for decades to come. One building in particular concealed a secret entryway into the fair, though. 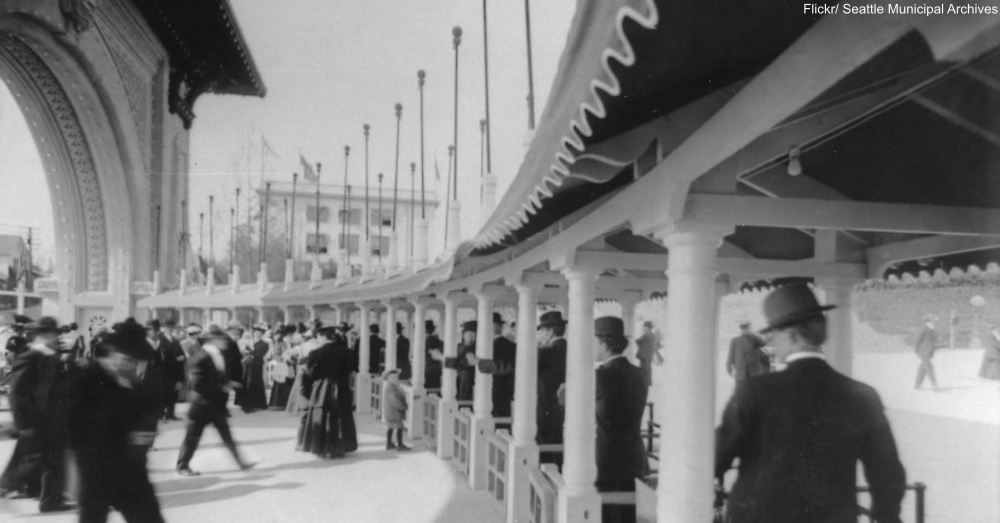 In the playful spirit of goodwill that surrounded the fair, officials and guards were initially blind to the “mystery of the muddy shoulders” that had afflicted some of the fairgoers during the first weeks of July. They saw men of all classes emerging from trails with mud on their shoulders. Guards knew there must be a way that people were getting into the fair for free. An estimated $100 a day was lost due to skirted entrance costs. That was a lot of money back then! With all fences in good condition, the guards looked for other possible entrances. 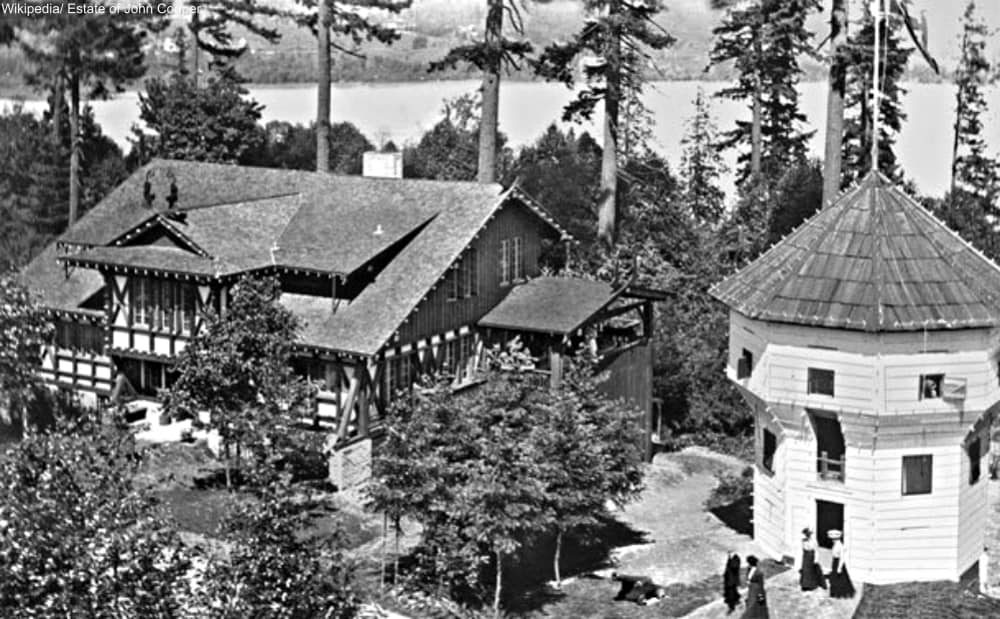 As it turns out, they sneaky visitors had found unattended underground paths to the fair. Six men snuck in through a nearly completed sewer tunnel under the Hoo Hoo House, which was an exhibit house built by the fraternal order of lumberjacks called the International Concatenated Order of Hoo Hoo. It was the perfect entrance to the fair, sans the ticket fee. The young men were caught only after a guard had followed a worn trail to a manhole cover that led to the tunnel. Stationing police near the manhole cover, the six young men were caught and held until later that night when they were released with a sharp warning!

After that incident, two more tunnel entrances were found. It is thought that word of mouth spread this secret access point to would-be fairgoers. All illicit entries were secured, but only after an estimated 2,000 men entered the fair unlawfully. No women were reported to have used the tunnel or to have had muddy shoulders.