Did You Know That Sitting Bull Was a Part of This Traveling Show?

Sitting Bull has long been held as one of the most recognizable and influential Native American leaders in history. It is said that he killed his first buffalo age the tender age of 10-years-old. This young boy would become a warrior and then a leader of all his people. So how did he end up performing in a Wild West show? 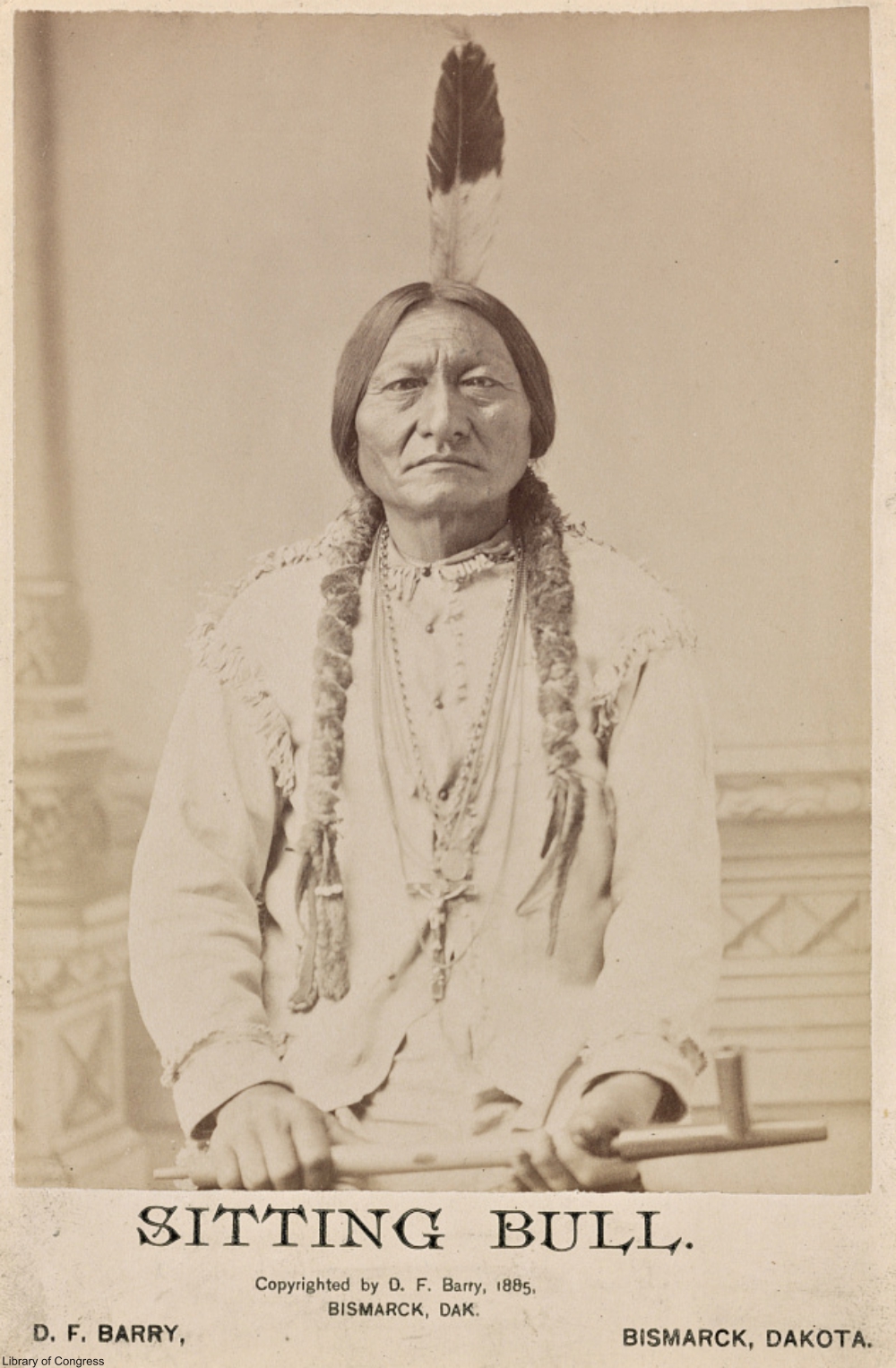 Born around 1831 the young warrior, Sitting Bull, was renowned for his quiet mannerisms and his fierce fighting style. By the time he was in his 30s his reputation had grown, as had the expansion of white settlers into Lakota territory. A new position was created to unite all the Lakota bands, a first in their history. Sitting Bull became leader of the Lakota in 1869. When gold was discovered in the Black Hills in 1874, the lands promised in the Fort Laramie Treaty to the Lakota were encroached upon by settlers. The government sent in General Custer to take the land, but the army forces were far out-numbered.

He was a holy man as well and foresaw victory at the Battle of Little Bighorn. Defeating Custer in 1876, Sitting Bull and his followers migrated to Canada to escape the reservations being imposed on them. When buffalo became scarce, he traveled back to the U.S. in 1881 and was eventually placed on the Standing Rock reservation after being imprisoned for two years. 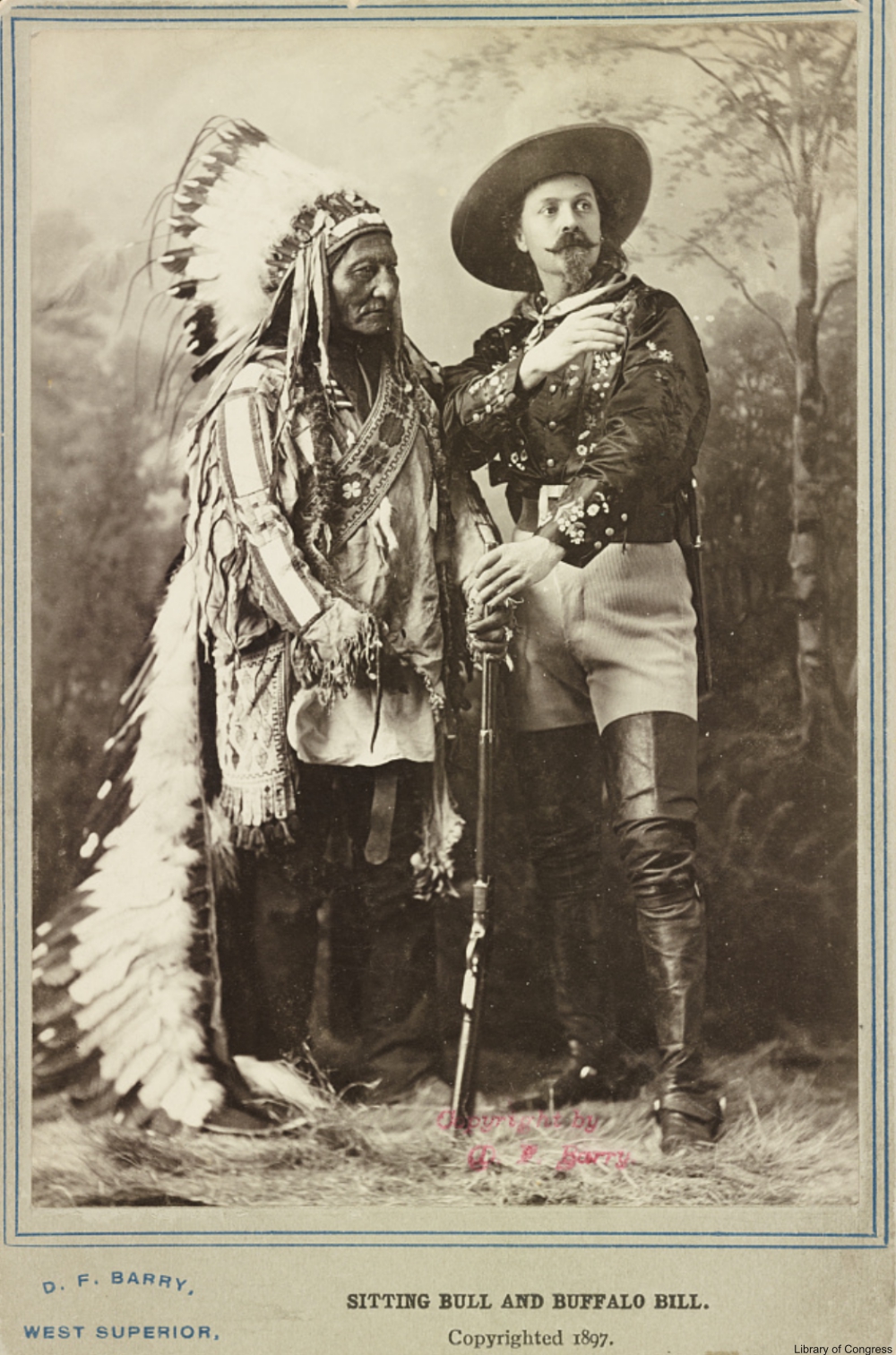 It was soon after that the notable chief began touring in 1884. Crowds were hungry to catch a glimpse of this brave warrior who led his people great distances for what he believed in. During this time he also met Annie Oakley, and the two became fast friends. Sitting Bull admired her skill with the rifle and supposedly adopted her as a kind of daughter. The following year Sitting Bull joined Buffalo Bill Cody’s Wild West and toured with them for one season. As a draw for the crowds to see the chief, Sitting Bull was not required to do much for the show, only to be a part of the procession and to sign autographs. 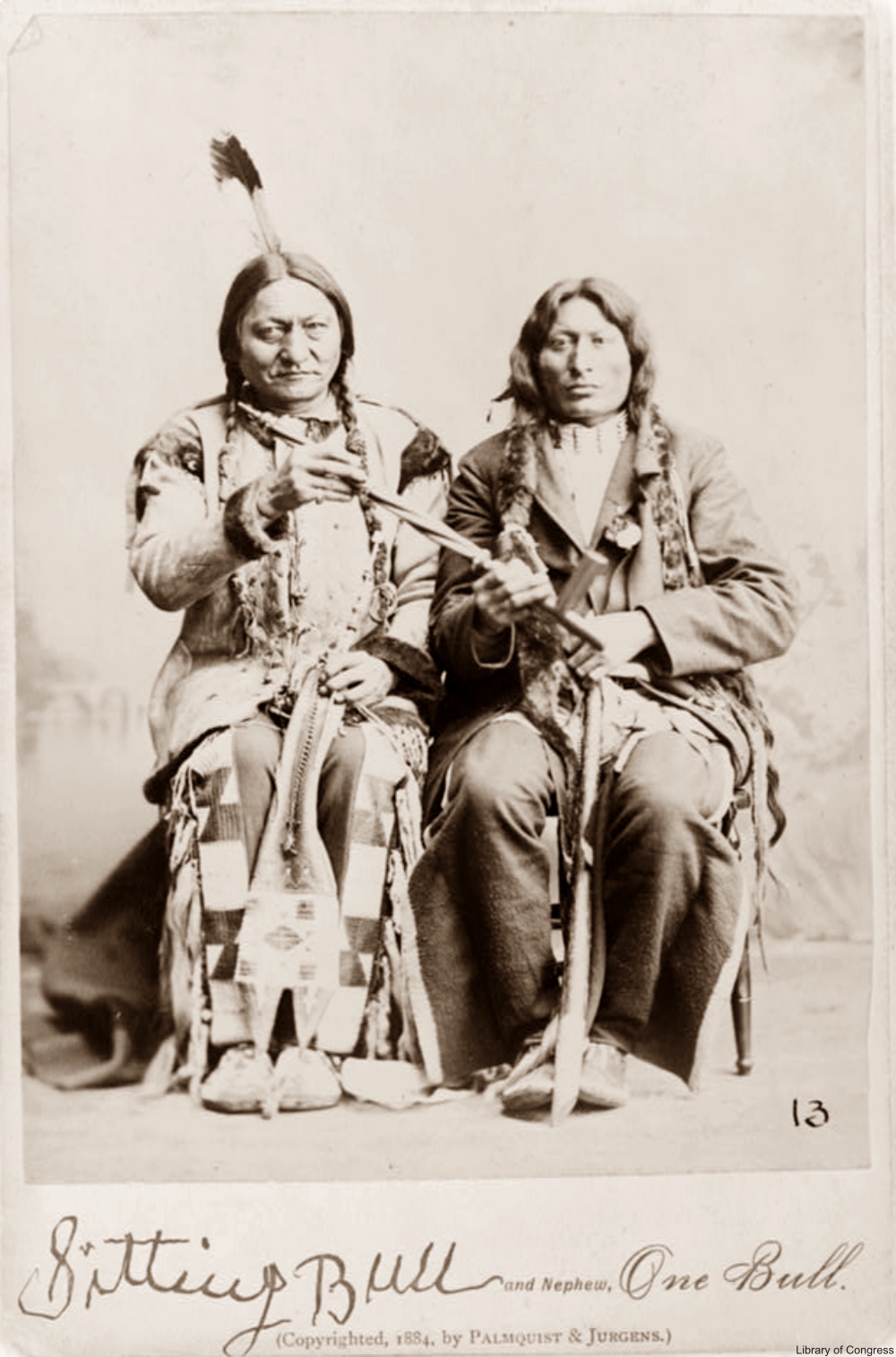 In 1890, during the Ghost Dance movement that swept across the reservations, the U.S government feared that the Lakota people would attempt to escape from the reservations. On a mission to arrest Sitting Bull for not urging the Lakota to cease the dancing, a group of police officers were sent to arrest him on December 15. When gunfire broke out, Sitting Bull had been shot through the head and chest. He died alongside 12 others that day in what led to the massacre at Wounded Knee two weeks later.

As one of the most well-known figures of the 19th century in America, his legend lives on. As a great leader he inspired his people. And, as a traveling celebrity he gave audiences a glimpse into the fading tribes of the Great Plains.