There’s been so much talk about the U.S. Postal Service lately. And, for all the woes we’ve had with getting packages this year, most people have never had a package or a letter arrive decades behind schedule. Well, for one resident of Belding, Michigan, she received a postcard 100 years too late! 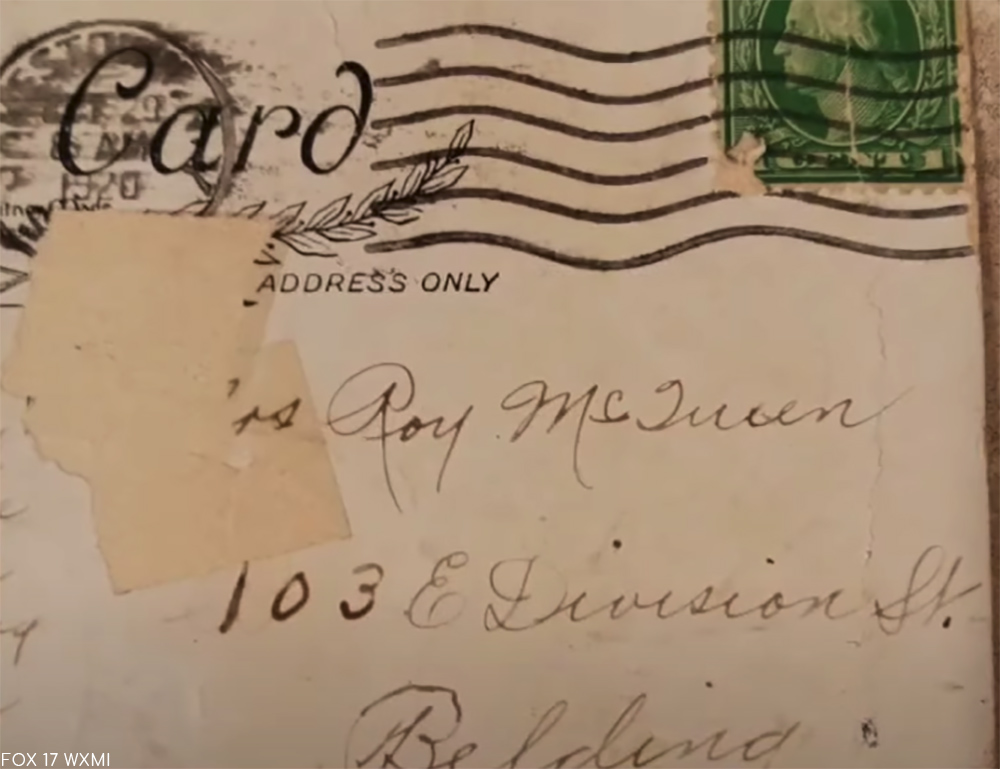 The postcard was a Halloween greeting sent to cousins. The handwritten message wished the cousins and grandparents well, and included mention of the “lame” knees of the sender’s mother. The postcard image features a witch, an owl, a black cat, two carved pumpkins, and a goose on the front- along with the words, “Halloween Greeting/ ‘Witch’ would you rather be../ A goose or a/ pumpkin-head?”

The postage paid on this postcard was 1 cent and the card bears postage cancellation marks from 1920. The woman who lives at the address on the postcard now is Brittany Keech, who posted about the ill-fated piece of mail on a Facebook group for the town of Belding. Receiving a letter from a century ago a pretty phenomenal event and Keech was hoping to find the family of the sender or intended recipient so that they could hold onto this piece of family history. So far there is one possible lead on a family member. If she can’t find the family she’d like to donate it to a local museum.

In response to the situation a U.S. Post Office representative stated that, “In most cases these incidents do not involve mail that had been lost in our network and later found. What we typically find is that old letters and postcards — sometimes purchased at flea markets, antique shops and even online — are re-entered into our system. The end result is what we do best — as long as there is a deliverable address and postage, the card or letter gets delivered.”

See more about this unusual piece of mail in the video below.