8 Classic Playground Games That Remind Us Of Childhood

We sure did have a lot of fun games to pay on the playground as kids! It was a rare treat to find that someone had brought any toys from home and we spent most of our recess just having a good time running, jumping, and playing these classic childhood games. We hope that some of these will survive, but sadly, a lot children these days have no idea what these games and songs even are!

We’ve heard this one goes all the way back to the Romans as a test of speed and strength for soldiers, sometimes even carrying weights. But, we just thought is was good fun as kids! While we know there are various hopscotch designs one can draw with chalk, we almost used the classic one. 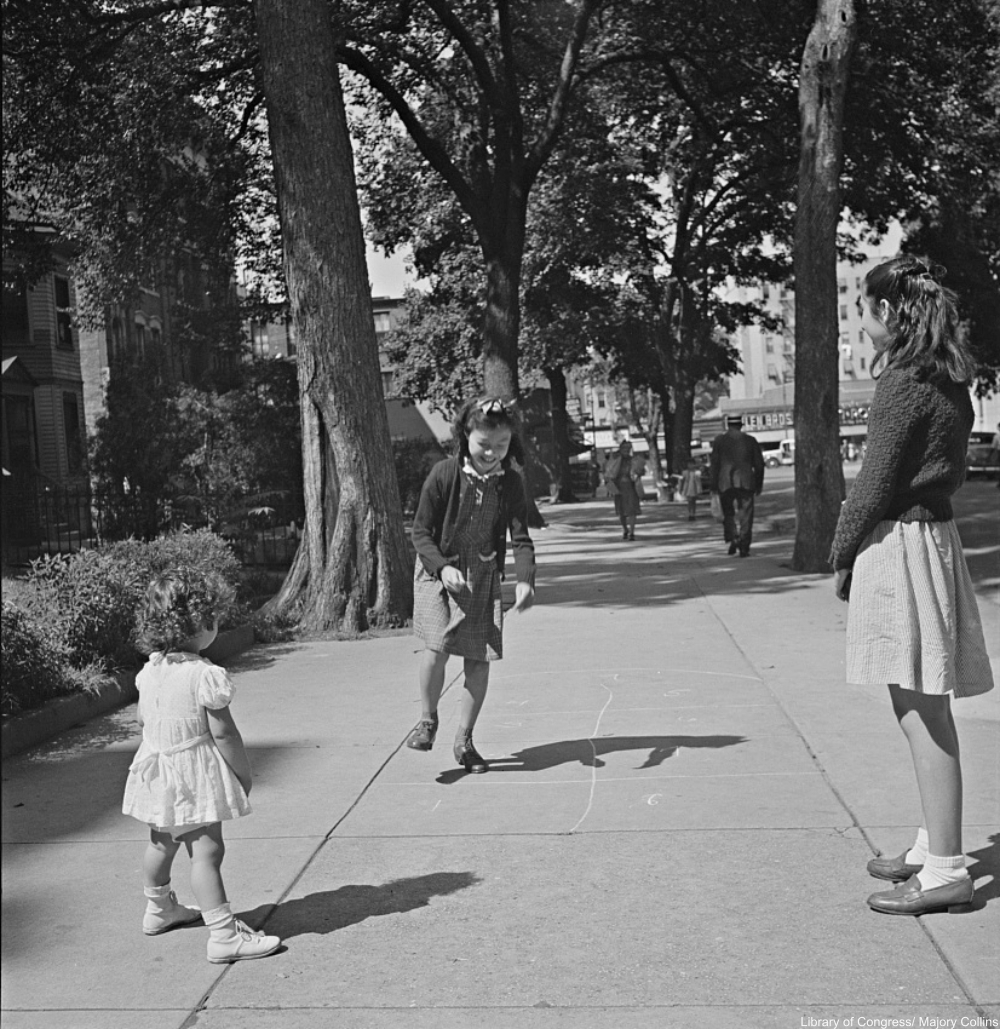 This chaotic game usually descended into a free-for-all of ball throwing, a key reason why is it not allowed in many schools today. Played to the rules this game isn’t so bad, and we all know how well kids follow rules, right? Still, dogegeball was great fun until you got clobbered in the face with a ball.

Now a lost art, playing marbles was a game that took lots of skill. Another casualty of the stay-inside culture, marbles could easily occupy a huge portion of any given recess period or afternoon with the gang. What fun memories we have of playing boss-out or ringer with these beautiful glass marbles and playing for keeps! 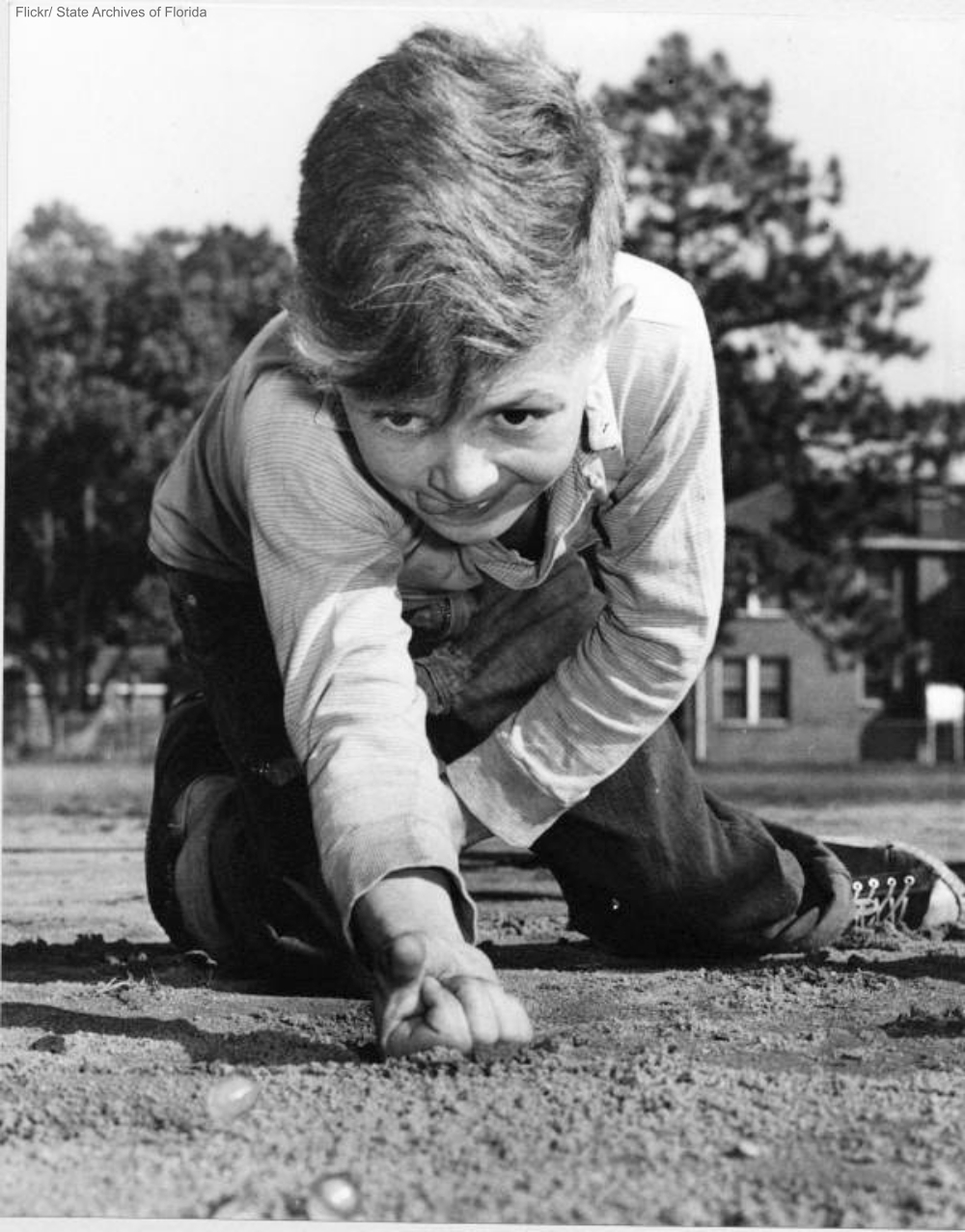 The fox gets to choose the goose from al the ducks and what a time we had playing this game! If there was time in the mornings before school, we’d play duck duck goose. A surprising number of the big kids always wanted to play this game! Perhaps this is a hard game to outgrow!

There are far too many songs and games to play to jump rope to ever list them all. Miss Mary Mack, Cinderella Dressed in Yella, Miss Brown, Red Hot Pepper, My Mama and Your Mama…We had so much fun jumping rope while singing as kids. Faster and faster until someone was bound to get caught in the ropes, we prided ourselves on how many rounds we could go. We had such tremendous enthusiasm for jumping rope, which is not something today’s kids seem to care about. This was a game both older girls and little girls loved, as evidenced in the photo below. 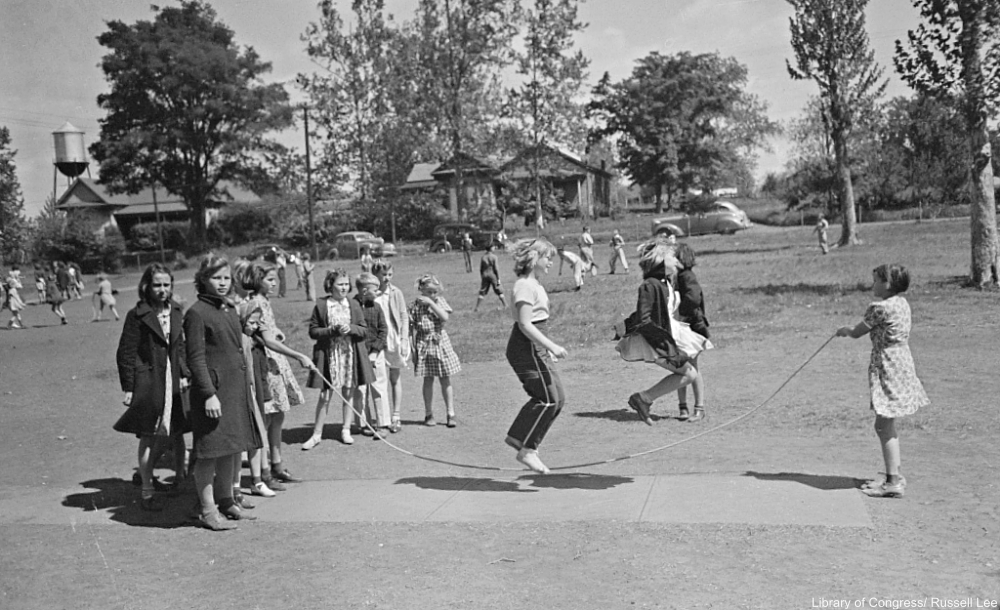 This another game that can get a little dangerous if played too roughly, but we loved this one at recess! It was charge time as soon as your name was sung out by the other kids. This was a good one if you were small but happened to be a lot stronger or faster than you looked! There was something of a police-game element to this game, too, when you broke the line and got to drag two kids back to your side. It was almost like pretending to arrest them.

Ok, so maybe the game of tag isn’t dead. But, with so much time spent unstructured and outside, tag was our go-to game. We played this in any instance where we had time to kill and nothing better to do. The rules within a given group would become more and more elaborate depending on who you played with. We spent a lot of time quibbling over the rules! And, it was for all ages, too. You had to be pretty old to out grow tag!

The most classic of all schoolyard games, this was one game where all the pieces could fit into your pocket nicely. From picking who got to go first to scooping up as many jacks as possible, this game had us occupied for untold hours. They still make these, but most kids don’t spend time with other kids on the sidewalk in their neighborhoods, so it’s not played nearly so often as when we were growing up. 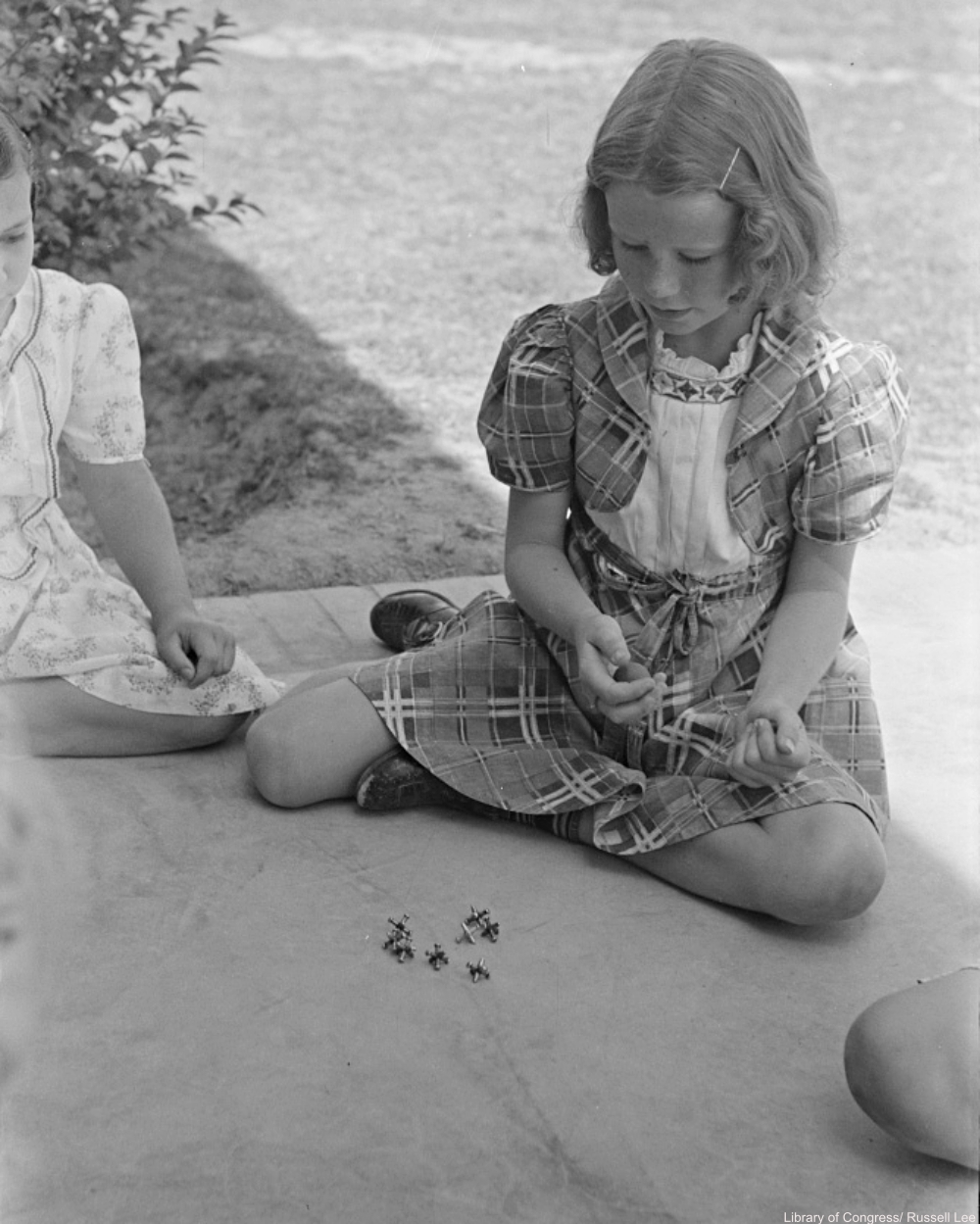 We will always remember these fun games as being as part of the playground as the swing sets! We never relied on indoor activities to give us the same thrill that these games did. But, then again, we spent as much time outside as possible! What were your favorite playground games? Share your memories with us in the comments!