You Never Know What You’ll Find At The Bottom Of The Sea!

Pirate’s treasure; that’s exactly what divers off the coast of Madagascar believe they have found. 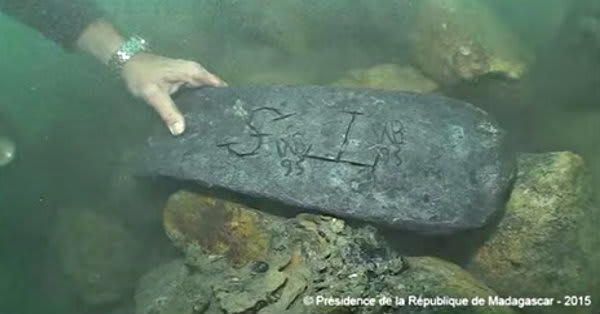 Pirate’s treasure; that’s exactly what divers off the coast of Madagascar believe they have found. More specifically, the treasure of famed pirate-hunter turned pirate, Captain William Kidd! An expedition led by Barry Clifford — who has been searching for the Scottish pirate’s treasure for decades — found a silver bar weighing about 110 lbs at the bottom of the bay off the north east coast of Madagascar. Clifford says he believes there is more treasure waiting to be found, but the floor was too murky at the time to continue exploring.

Captain Kidd was a pirate in the late 17th century, who actually started out as a pirate hunter for the British. He was caught after looting a ship in 1698, and was sentenced to death in 1701.

See more in the following clip!