Whether This Watch’s Story is Real or Not, It’s Still Quite An Incredible Antique!

When it comes to antiques, sometimes there are grand stories attached to certain items that can be hard to prove. Such is the case with this spectacular pocket watch. According to the current owner, the watch used to belong to Mexican revolutionary leader Pancho Villa, who took it off a man he killed in Mexico City. Villa then traded the watch in Alpine, Texas to a man for a brand new Buick. After the watch traded hands a few more time, it found its way onto Antiques Roadshow! 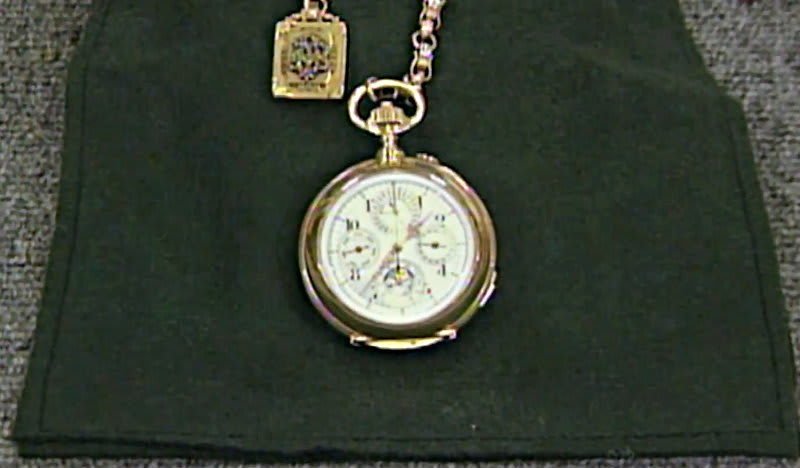 While it could be difficult to prove that Pancho Villa ever owned this watch, it is from a jewelry store in Mexico City, and dates back to the time when Villa could’ve gotten his hands on it. Regardless of whether or not the story is real, the watch itself is quite extraordinary. Adorned with rose diamonds on 18-karat gold, it features a mechanism that tells time for those who can’t read through corresponding dings (sometimes known as blind man’s function).

On its own, the watch is appraised for $30,000 – 50,000, and that’s an appraisal from 1996 (the first season of the show)! If the story is true, the value for this watch would go up dramatically. Get a closer look at this beautiful antique, including its charming owner, in the following clip.

The Incredibly Skilled Artwork of Kanye West on Antiques Roadshow: Click “Next Page” below!