In the city of Palencia, Spain, there are plenty of sites to see for visitors, including ruins of medieval monasteries, a grand cathedral that was completed in 1504, and a number of shops located in historic buildings. Simply put, the architecture of the city is stunning. But, recently a botched restoration to one of these buildings has gained public attention- and not for how good it was! 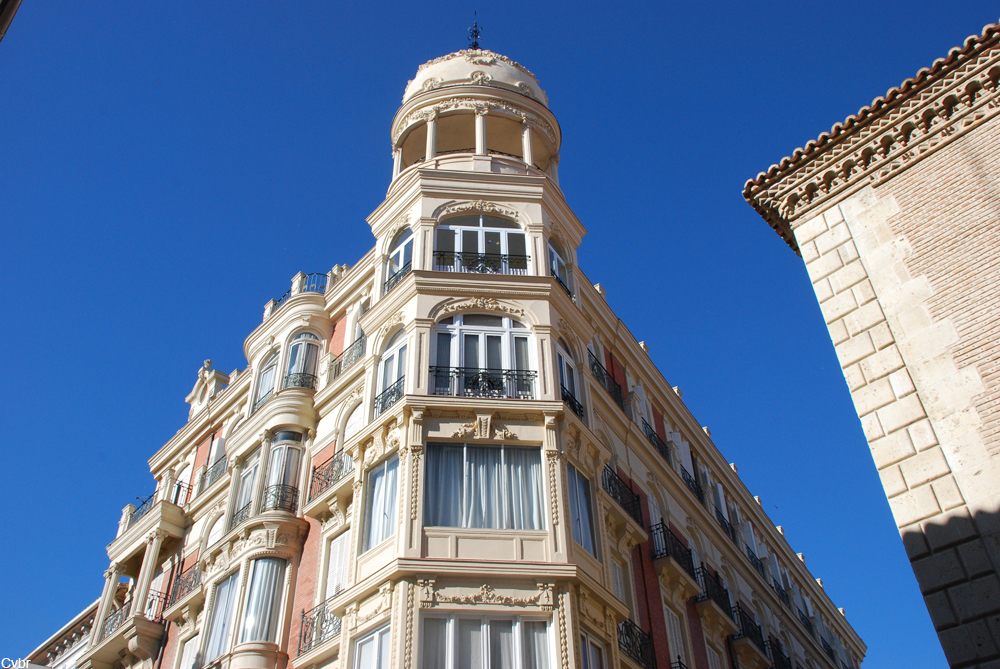 Among the many embellishments to the facades of Palencia are figures and statues built right into the exteriors, a secular version of the figures that emerge from the cathedral buttresses. Over time, these elements also need restoration, even more so than paintings or church alter figures since they are exposed to the elements 365 days a year.

It was on the facade of a building now used as a bank that someone in the area spotted the made over figure. Photos of the “restoration” were posted online by Palencia artist, Antonio Guzmán Capel. Commenters have been comparing the amateur work to the Ecce Homo painting by Elías García Martínez that made headlines in 2012 when an amateur painter attempted to restore the work, only to completely obscure the original brushstrokes with a childish rendering of Christ looking upwards.

Unsurprisingly, the bad job has garnered a lot of attention and has even been made into memes, like the one above.

This isn’t only one or two incidents that have happened in Spain. A slew of bad restorations have led many in the country to call for more stringent standards when it comes to building preservation and the restoration of works of art.

The 17th century painting of Bartolomé Esteban Murillo’s The Immaculate Conception of Los Venerables was botched by a bad repainting job in the summer of 2020. A 16th century wooden statue of Saint George was botched in 2018 (and later saved in 2019) in Navarre, Spain. At this point many art and history lovers have taken a laugh-through-tears approach to the unfortunate mishandling of so many Spanish works of art.

I love me a good botched #artrestoration, don’t you? So many good ones to choose from.. 🙂
1 The new #Palencia statue
2 #ImmaculateConception (several attempts)
3 The “fluorescent” #Ranadorio carving
4 The “evergreen” #EcceHomo pic.twitter.com/xfNu6YFqoj

The recent trend of amateurs ruining relics of the past in Spain has led to public outcry on the matter. This Palencia bank facade was decried by La Asociación Profesional de Conservadores Restauradores de España (or ACRE), a group of professional restorers that is pushing for better legislation on how to handle cases like these. ACRE issued a statement that this work should not be considered a restoration since it was clearly not done by a professional.