A Tour of the Largest Gothic Castle in the World

In the South of France in Avignon lies the largest Gothic palace in the world. Avignon was the seat of the popes from 1309 to 1377 and a magnificent castle was built there to house them in starting in 1335. In all 9 popes lived in Avignon (7 of them at the Palais de Papes d’Avignon) before Rome was once again declared the papal seat of power. Discover more about this enormous, fortress-like, Gothic palace below. 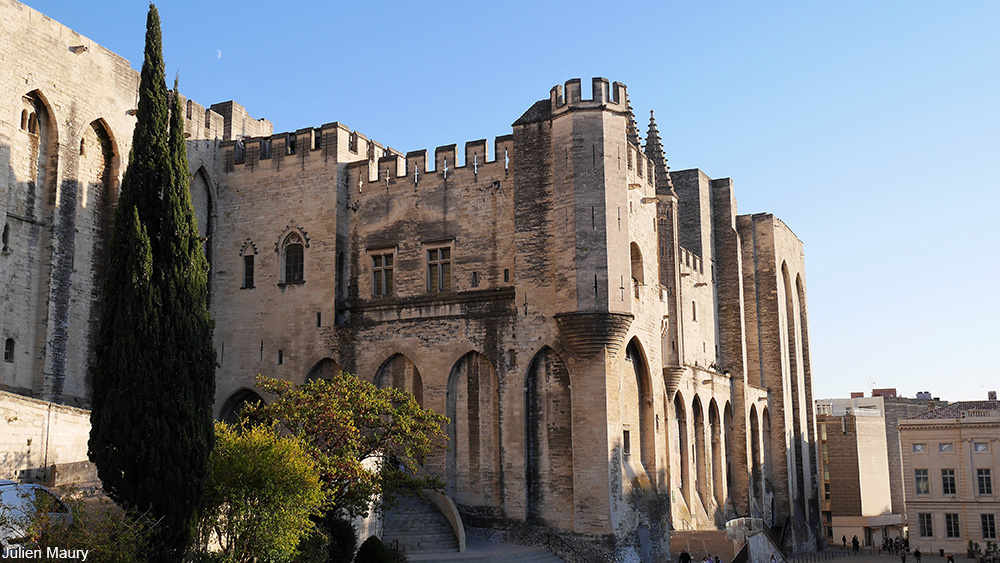 The Palais de Papes is located on the French Riviera and today is a landmark that draws people from all over the world. But, throughout the 14th century the castle was the luxurious and well-protected home of the popes.

The Gothic architecture was completed in phases, with the first Gothic building on the site having been built in 1252. In 1334, 25 years after the violent unrest in Rome over the then-pope drove the decision for an Avignon papacy, the additions at the Palais de Papes began. 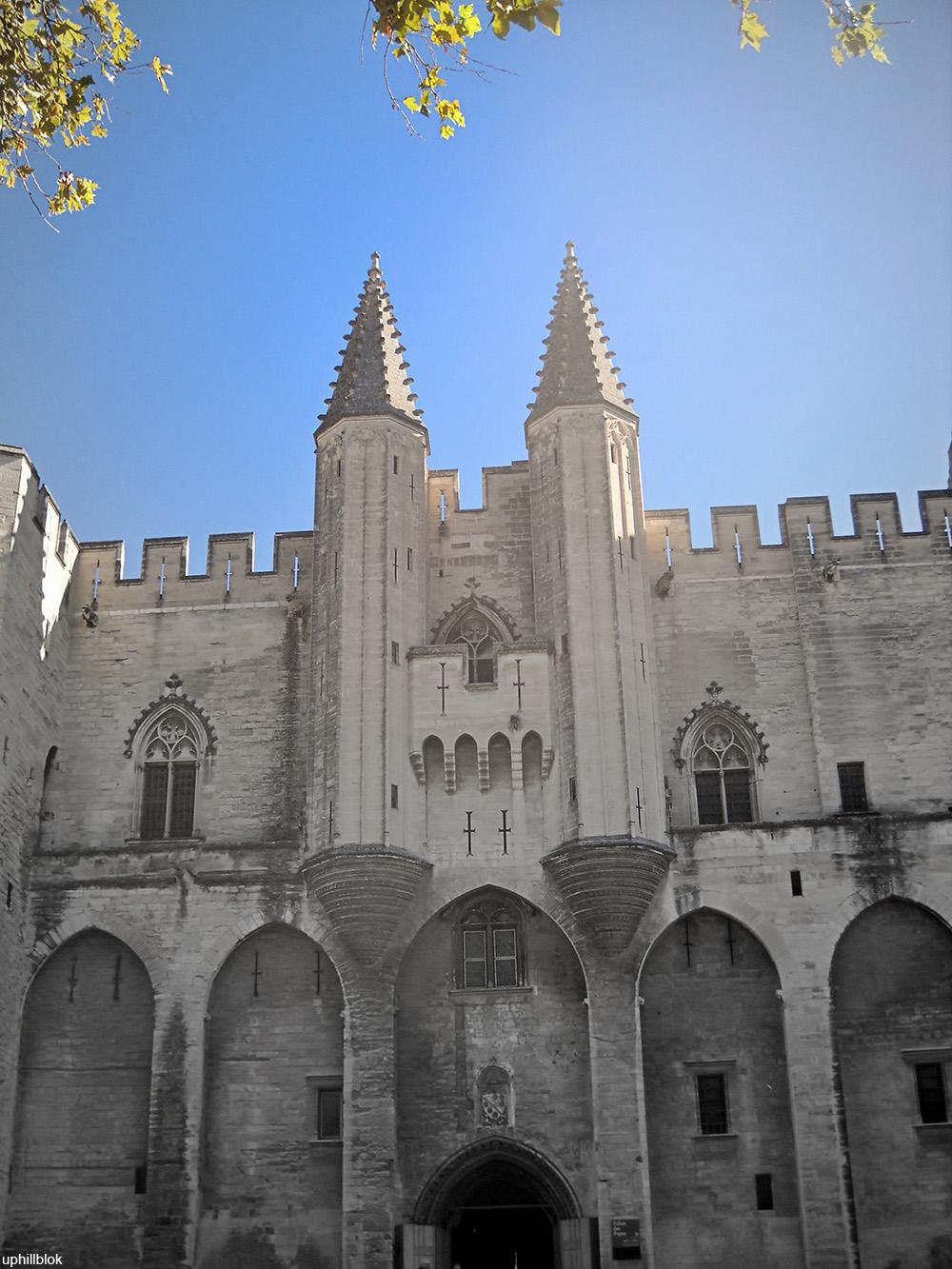 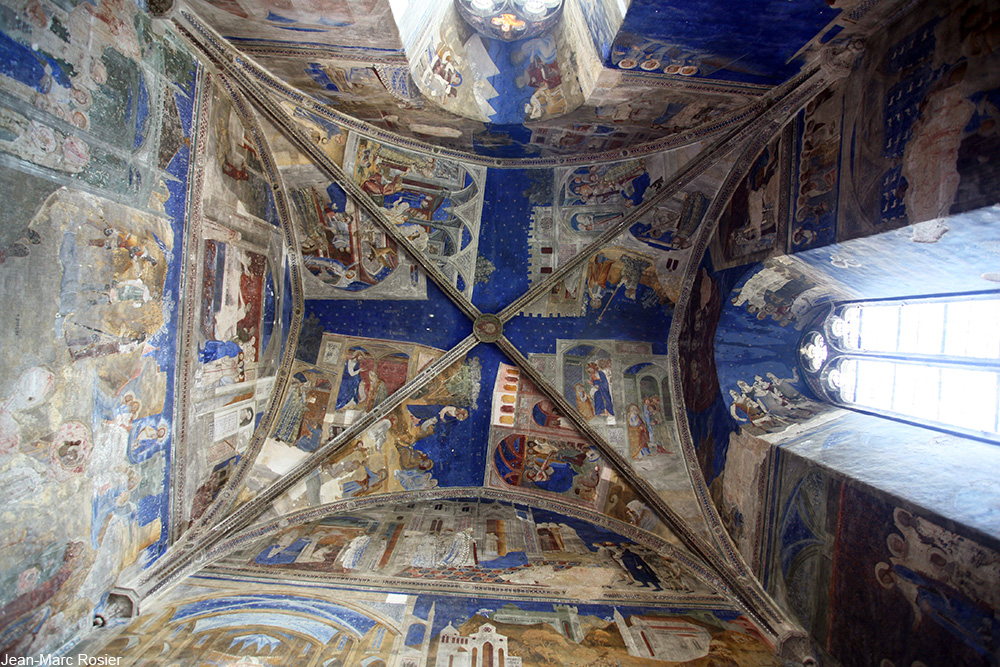 Ceiling mural by Matteo Giovanetti at the Saint-Martial chapel in the Palais de Papes d’Avignon. Via/ Wiki Commons

In less than 20 years the building was completed, with a variety of Gothic features in this 160,000-square-foot palace. This is the equivalent of 4 large Gothic cathedrals worth of space.

In addition to the ornate windows, arches, and towers, the palace also features defensive architecture in keeping with the tumultuous times the popes of Avignon found themselves in. It was called “the most well-fortified house in the world” by medieval author, Jean Froissart. 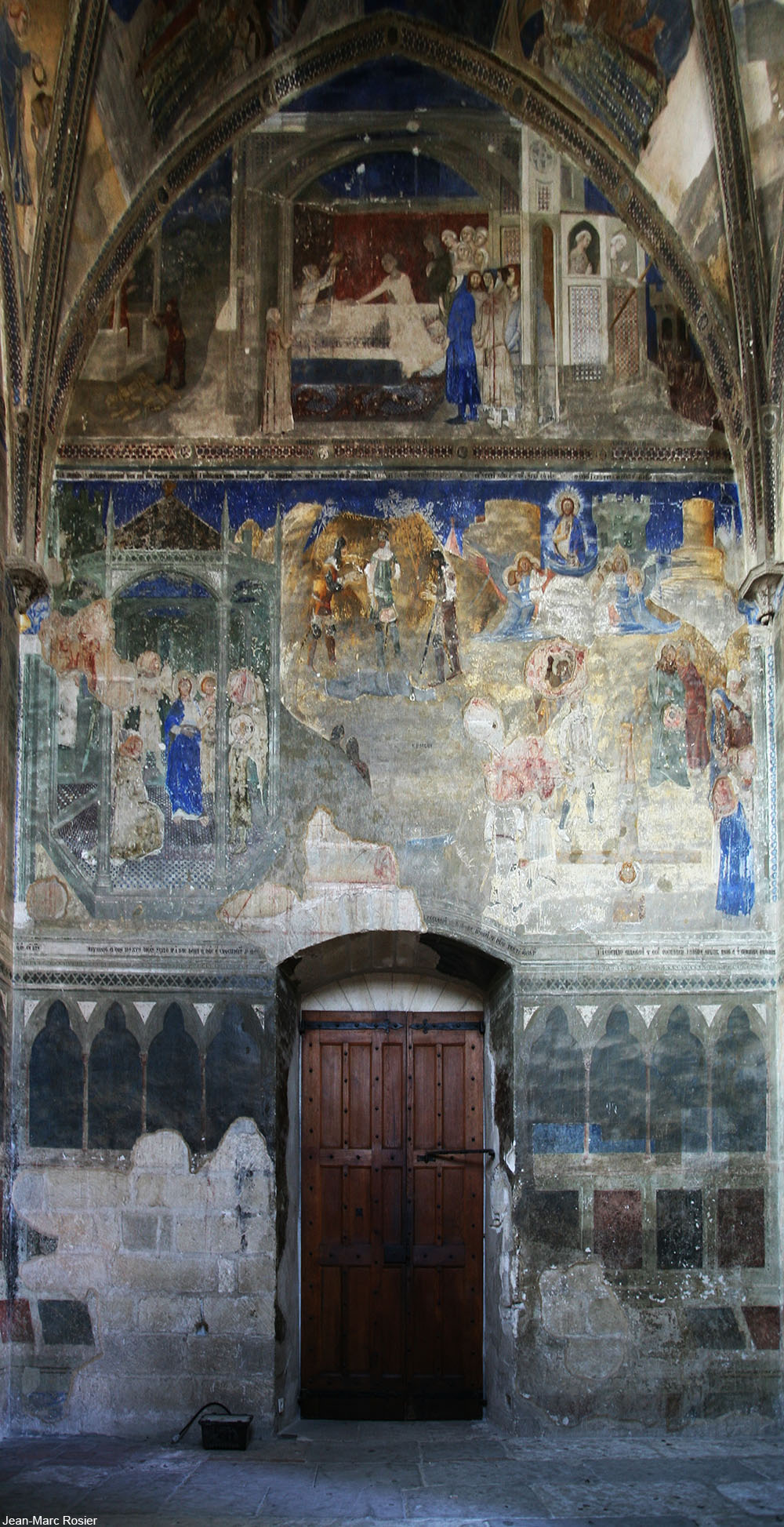 The palace was completed in phases between 1335 and 1352 to become the incredible place it is today. Pope Benedict XII was responsible for building the “Old Palace” while Pope Clement VI built the “New Palace”.

The palace not only has wonderful architectural elements, but it also is decorated on the inside with murals done by Italian master artist, Simone Martini and Matteo Giovanetti. 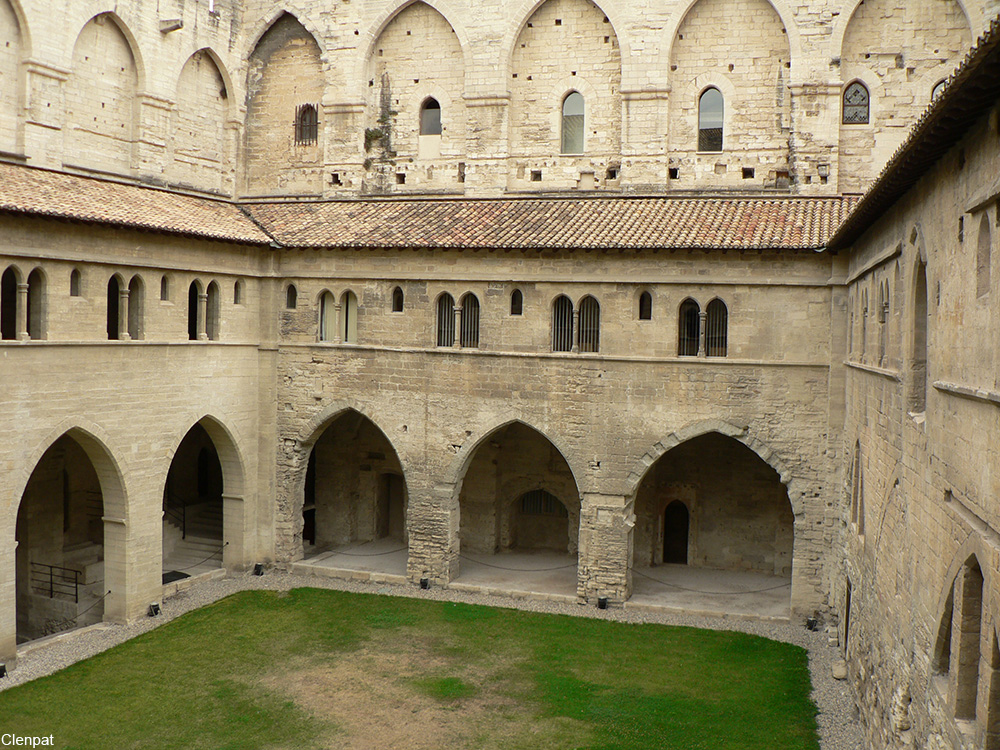 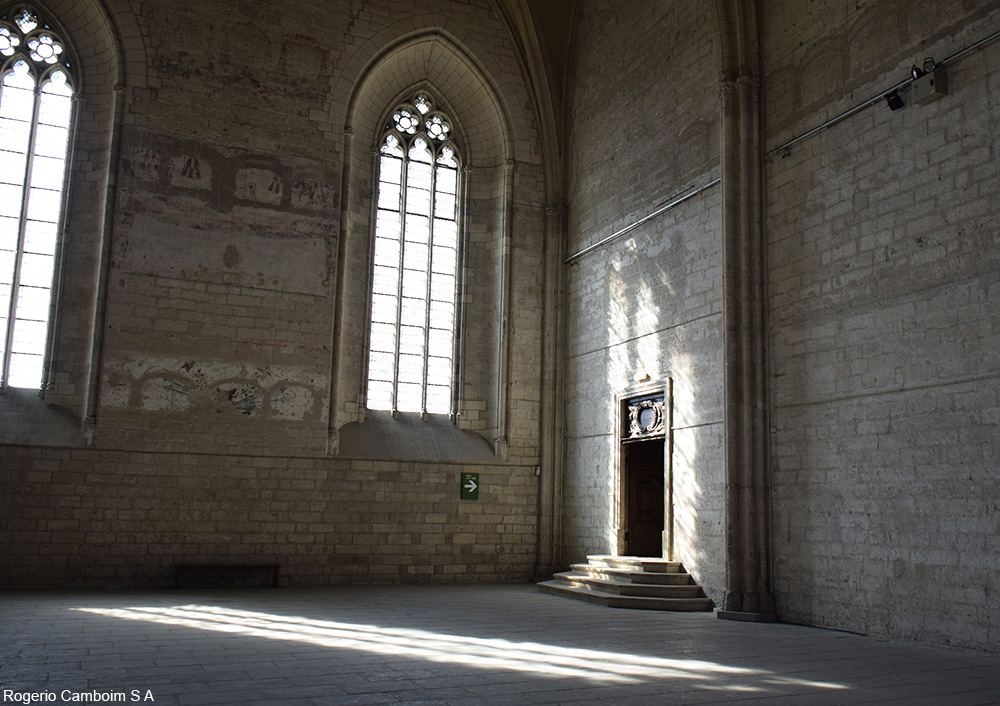 For a brief period there were two papal centers, one at the Palais de Papes in Avignon and the other in Rome. Between 1378 and 1417 the papacy was disputed with a pope in each of the two cities for the 39-year period.

The palace remained in the hands of the Catholic church until the French Revolution despite the fact that the seat of the popes was Rome from 1417 onwards. The fortified palace was later used as a military barracks and prison by Napoleon’s army, a period in history which damaged the palace somewhat. The facades lined with arrow slits and crenelated towers made the structure perfect for use by the military. 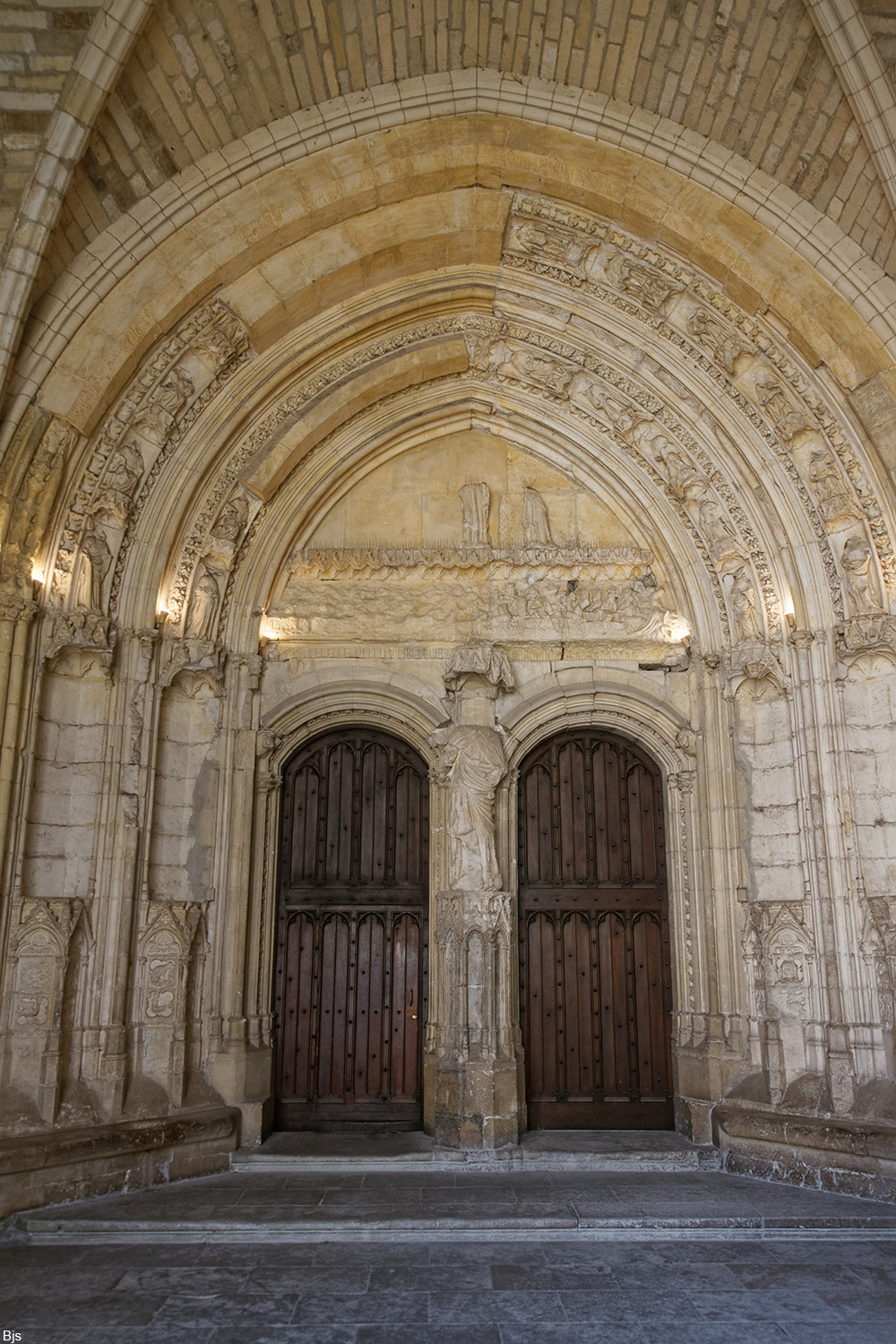 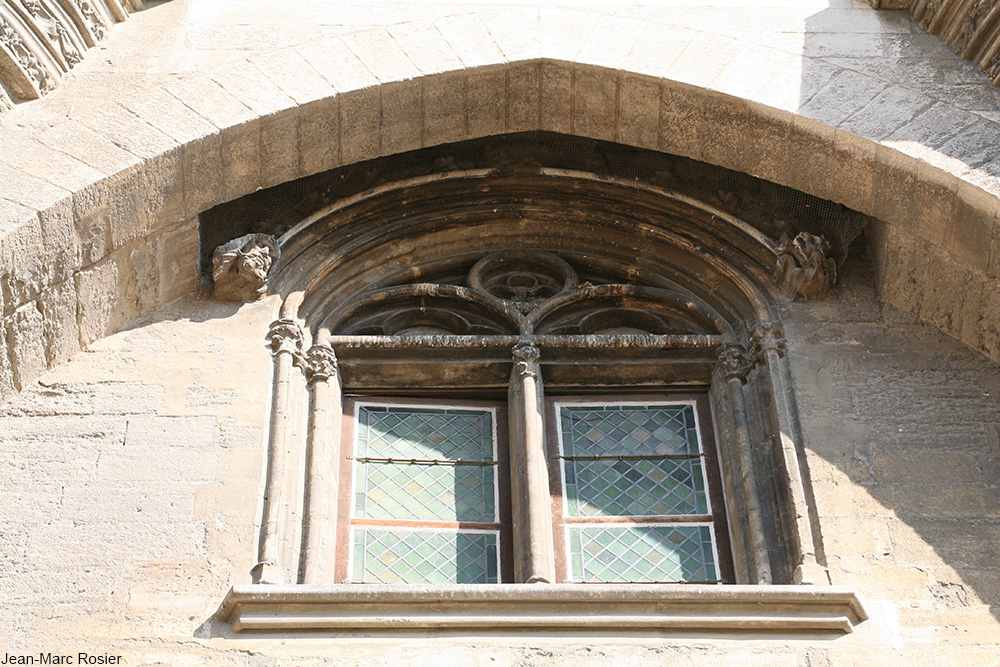 Today the palace is a museum and the old bishop residences have been turned into an art gallery showcasing everything from modern art to historical and Christian artworks.

The Palais de Papes was made a UNESCO World Heritage site in 1995 and restoration and maintenance efforts on this medieval palace have been ongoing in the modern era. 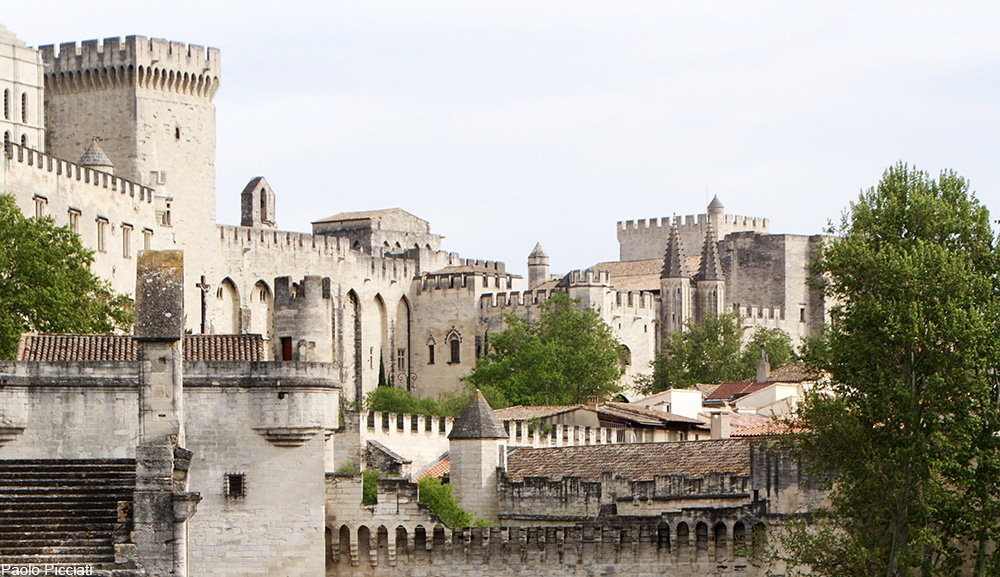 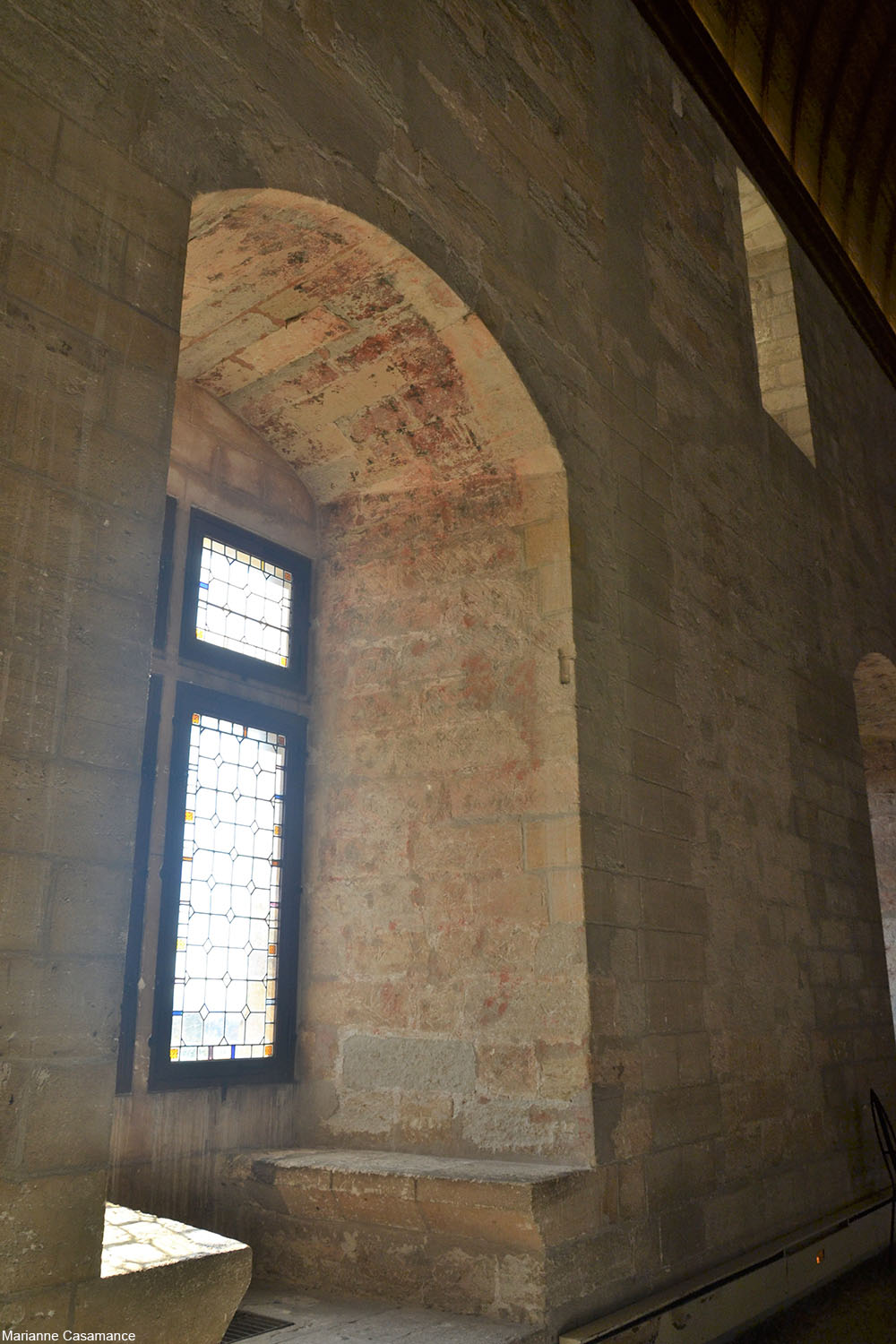 The Grand Tinel, once used as a banquet hall. Via/ Wiki Commons

You can see more of this beautiful and historic palace (and the buildings that surround it) in the video below.