Researchers at the University Museum of Bergen in Norway have recently unearthed the remnants of a temple that was in use around 800 AD. The outline of the wooden structure, known as a “god house”, was found near the village of Ose in western Norway while a new housing development was being built. This Viking age pagan temple is the first of its kind to be found in Norway. 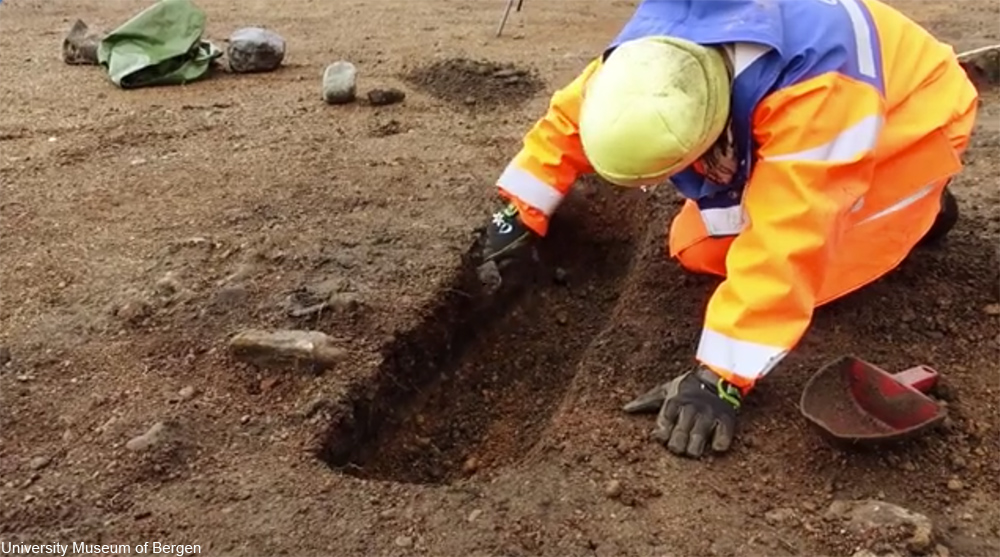 This temple is where gods like Thor (the ancient Norse god of thunder) and Odin (the god of death and wisdom who rides an 8-legged horse) were worshipped more than a thousand years ago. Researchers believe that this temple is where sacrifices to the gods in the form of animal blood, meat, and food during Midwinter and Midsummer worship would have taken place. Archaeologists found post holes for the loadbearing timbers of the temple walls and the central support beams.

The dig also revealed the remnants of two longhouses unrelated to the temple, as well as evidence of farming, that date from a much earlier period (2,000-2,500 years ago).

The outline of the temple structure shows that it was 45-feet long and 25-feet wide and based on these measurements the temple could have been as tall as 40-feet.

Archaeologists from the University Museum in Bergen have found traces of a temple used for worshipping Norse gods such as Odin and Thor. It’s the first such temple ever found in Norway. @MERC_Hub #Vikings https://t.co/lJ9Fzs27fS pic.twitter.com/u9bbGiWqqI

According to Søren Diinhoff of the Section for Cultural Heritage Management at the University Museum of Bergen this is the first temple of its kind to be unearthed in Norway. Temples like these have been found in nearby Sweden and Denmark, but never before in Norway. Much older evidence of pagan worship has been found, but never a temple such as this one.

Postholes of the temple show that there were supporting beams in a square shape at the center of the building, a design which most likely emulated the towers and cupolas of Christian churches seen by Vikings traveling to foreign lands. Norway is known for their medieval Christian stave churches, in which the central palisade cupolas create a vaulted interior space- all entirely made from wood. However, this temple was built 200-300 years before the oldest known Norwegian stave churches. 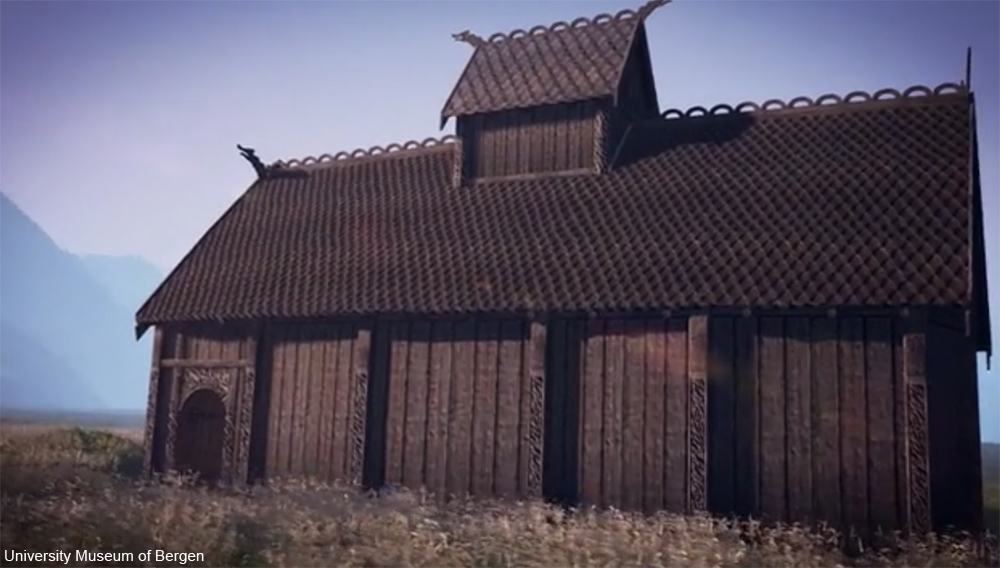 Rendering of what the temple may have looked like when it was first built. Via/ Daily Mail

Norse mythology was largely replaced by Christianity beginning only a few hundred years after this temple was built, in part as a result of widespread conquering and trading that Viking warriors engaged in across Europe. Starting in the 11th century Norse paganism was suppressed by order of the Christian kings on Norway who wanted to convert the Norwegian population. However, archaeologists for the site do not at the moment have any evidence to link this temple to the purge.

Learn more about the god house and the findings of the archaeological dig in the video below.