Indigenous Peoples Day is on October 8, so it is just around the corner. Most people tend to overlook this national holiday, but it’s a good idea to consider the indigenous people in the land where we reside. Perhaps we could learn more about the particular part of the country where we live and see who actually owns the land where we are living.

Doing so was sometimes difficult and required a lot of research but a mapping company decided to use Google maps and their own research to show the native tribes that once lived in your area.

Victor G Temprano is the Canadian developer who came up with Native-Lands. He also operates the company, Mapster which creates maps for a variety of purposes. 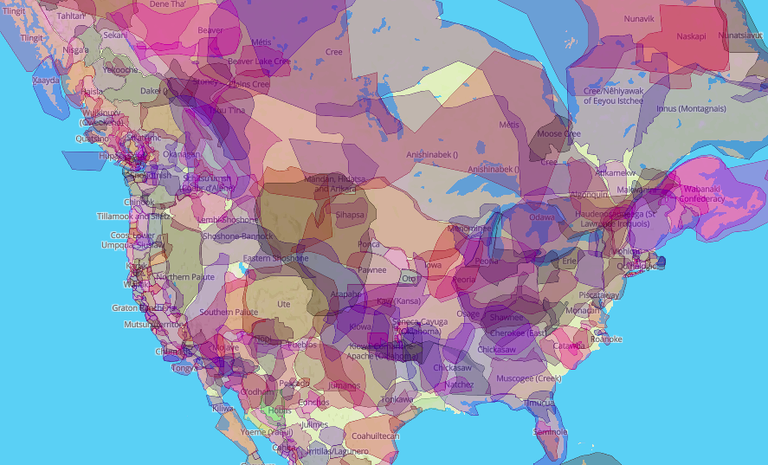 “Native-Land.ca started in early 2015,” he says on the site’s About page, “during a time of a lot of resource development projects in British Columbia. While mapping out pipeline projects and learning more about them for the sake of public awareness, I started to ask myself whose territories all these projects were happening on. Once I started finding the geographic data and mapping… well, it just kind of expanded from there.”

Using Native-Lands, Temprano took advantage of the technology of mapping to explore the borders that are often hiding behind the scenes.

“I feel that Western maps of Indigenous nations are very often inherently colonial,” he says on the site, “in that they delegate power according to imposed borders that don’t really exist in many nations throughout history. They were rarely created in good faith, and are often used in wrong ways.”

One of the interesting things about Native-Lands is that it is an ongoing project. As more people give their input and research, it becomes even more accurate.