Not Only Did This Chicken Survive Without a Head, He Became Famous Across America

Though sideshows have gained in popularity recently, they are nothing like what they used to be. There was a time when any oddity at all could be translated into cold hard cash through sideshows and freakshows. Hungry to see the unusual, strange, or medically impossible, crowds flocked to see all manner of attractions. One of these attractions in the mid-1940s was a headless chicken named Mike.

In 1945 in the town of Fruita, Colorado, a farmer was beheading chickens to take to market. He and his wife noticed that one chicken had not only survived the killing floor, but was kicking and acting in a strangely normal fashion for having just had his head cut off. The farmer was Lloyd Olsen and when the bird survived the night, an idea was born to display the chicken to the townspeople. 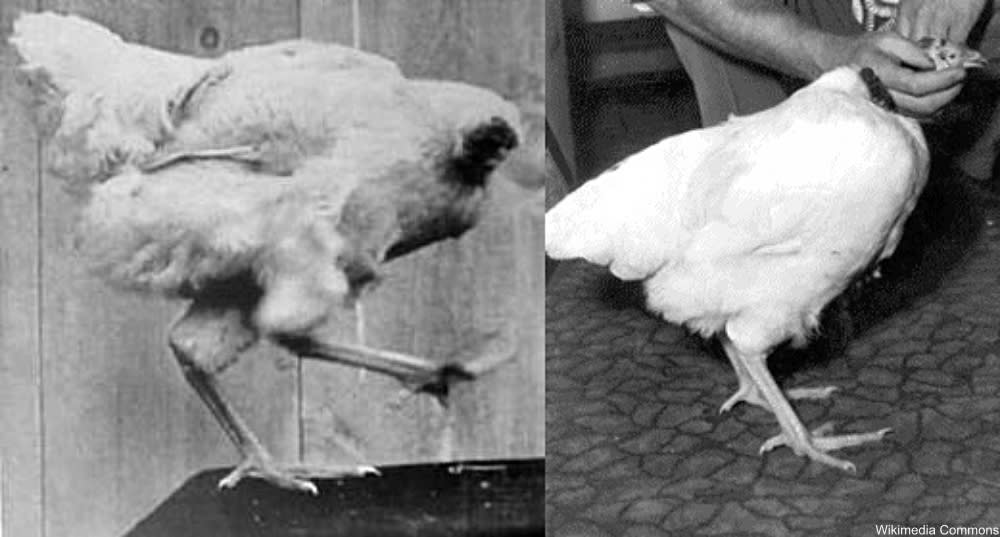 Once word got around there there was a headless chicken who was perfectly alive, promoters got in touch with Olsen to see if he would tour with the chicken, now named Mike. One of the first stops they made was the the University of Utah, where scientists ran tests to discover how Mike was still functioning. They discovered that he did not bleed to death because of a blood clot that was formed on his still-mostly-intact-jugular vein, and that most of his brain was miraculously still attached (chicken’s brains are mostly located in the back of the head).
Making appearances for the next year and half, audiences paid a quarter each to see the marvel of Mike, earning Olsen (by some estimates) about $4,500 a month.

News of Mike spread and caught the attention of several news and magazine outlets like Life and Time, who ran stories about the incredible specimen. They detailed how Olsen cared for the bird and what he ate. Olsen cleared Mike’s esophagus with a bulb syringe and fed him a liquid diet with an eye dropper. One night in 1947 while on tour, Olsen could not find the syringe in time and Mike choked to death, though this was a family secret until recently.

It’s hard to imagine a phenomenon like this today being an attraction that people around the country would go wild for, or to imagine a time when folks would pay a ticket price just to take a look at a headless chicken. But, you have to admit it is pretty unusual! At a time when many people were still farming, and when television had not yet become a national obsession, we can imagine that this was a big deal for anyone who got to see him. You can read about another sideshow which featured a famous starlet and her family here.