The Woman Known As the “Black Jackie Kennedy”

We all know Jackie Kennedy (later Onassis) was one of the biggest style icons of the 1960s and 1970s. Her taste in clothing, hair, and even home decor shaped which trends women embraced. During her time as First Lady of the U.S. there was another First Lady who was given the nickname of “Africa’s Jackie Kennedy” and the “Black Jackie Kennedy” by the press for her stunning style and her love of fashion.

Married to the President of Ivory Coast, Félix Houphouët-Boigny, Marie-Thérèse was heavily photographed during their state visit to the U.S. in 1962. The two women came to be First Ladies within only a year of each other. They both possessed enviable style and the two were often photographed together during this trip. 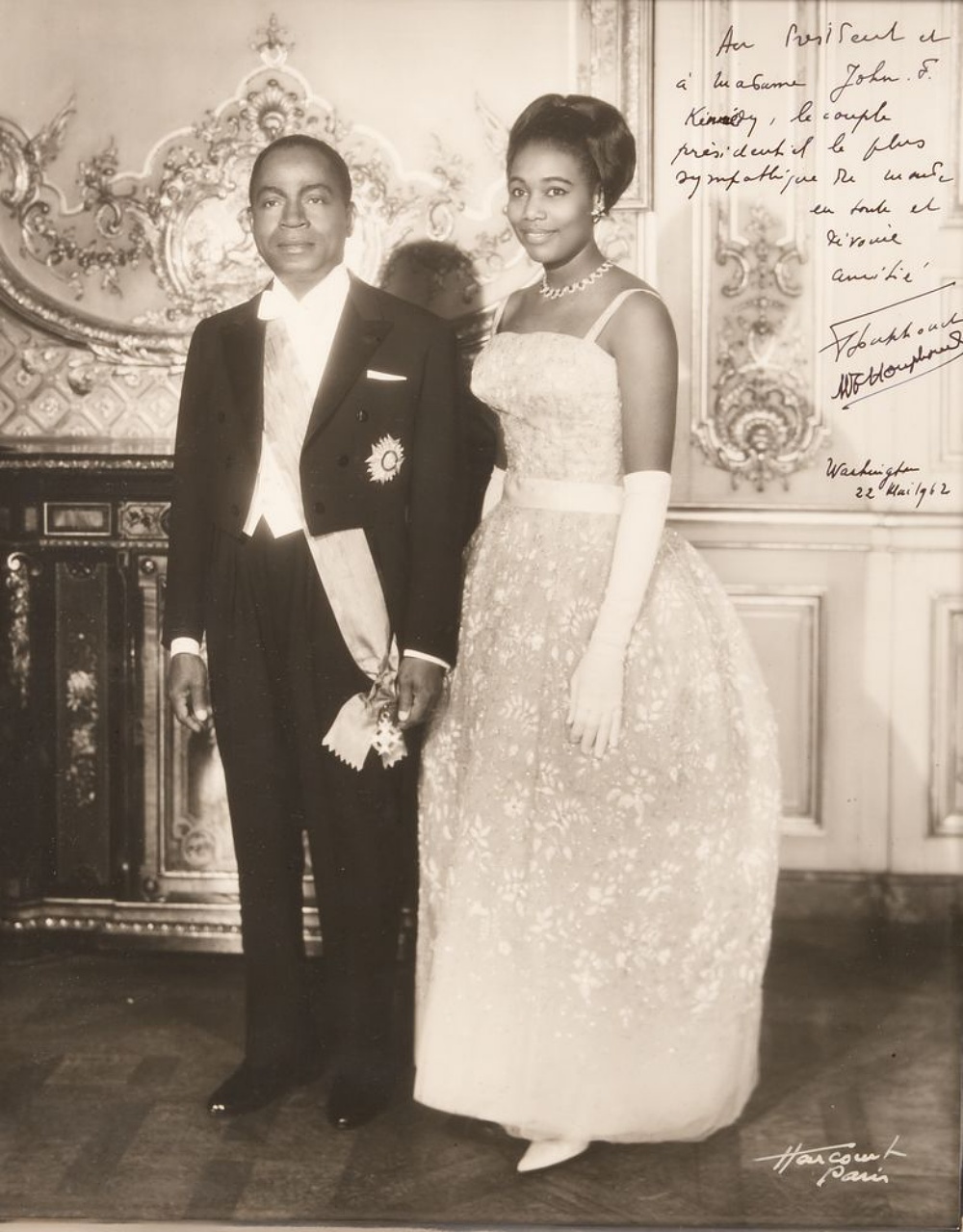 Signed and inscribed photograph of that Ivory Coast President Félix Houphouët-Boigny and his wife gave to J.F.K. as a gift. Via/ JFK Presidential Library

In May of 1962, Mme. Houphouët-Boigny was photographed alongside Jackie Kennedy at a variety of White House functions, both women radiating style and confidence. Mme. Houphouët-Boigny’s perfectly coiffed bouffant hair was a sign of the times and her impeccable wardrobe was on par with the most glamorous actresses in Hollywood.

The American press focused on her and her husband’s visit as a sign of changing attitudes towards race and towards so-called Third World nations. Some even found the visit scandalous for President Kennedy’s admiration of President Houphouët-Boigny. But, soon enough Mme. Houphouët-Boigny was being referred to as “Africa’s Jackie” in what was intended to be a high compliment. 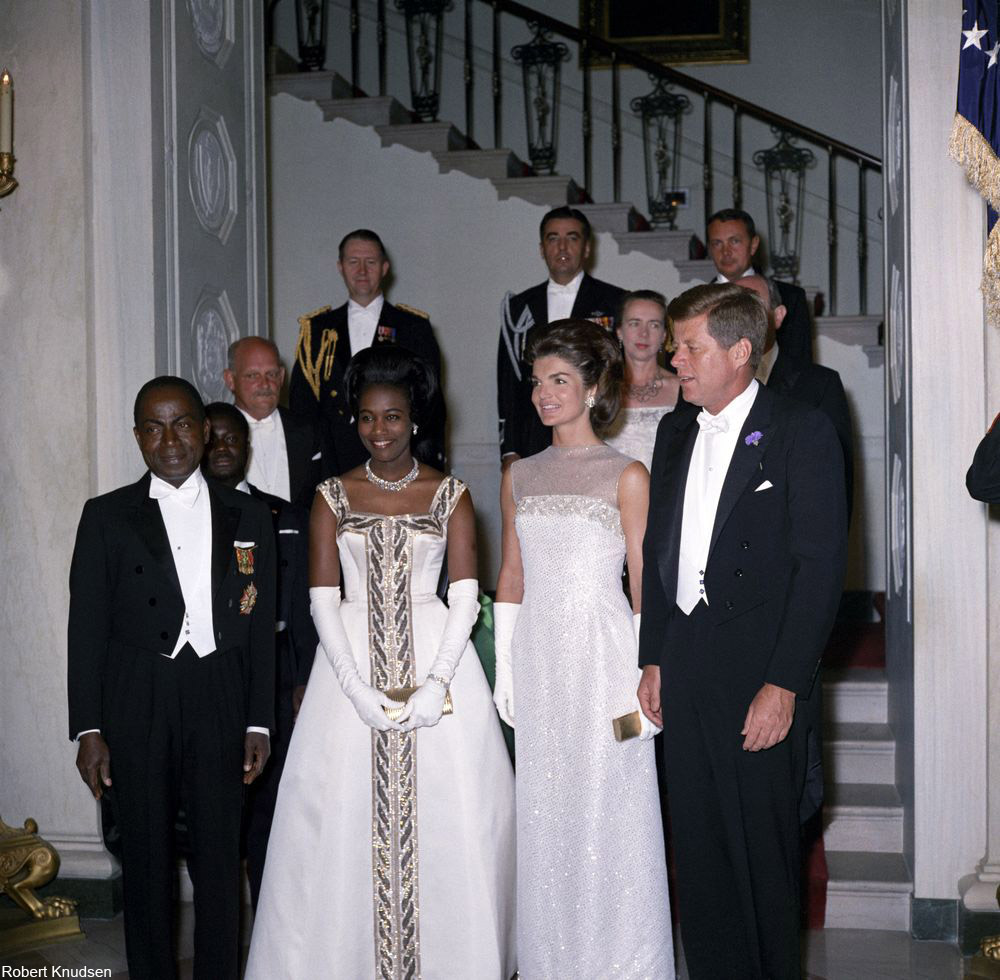 At the time no other Black heads of state had made such public visits to the White House, nor been honored with a state banquet and all the fanfare that came with. On the night of the dinner, a modern dance performance was given by the American Ballet Theatre of the ballet, Billy the Kid, with music composed by Aaron Copland. Members of the press and White House staff snapped as many photos as they possibly could of the night’s events.

The First Ladies, both beacons of style in their white evening gowns, descended the stairs of the White House together amidst a sea of flash bulbs going off as the press eagerly tried to capture the moment. 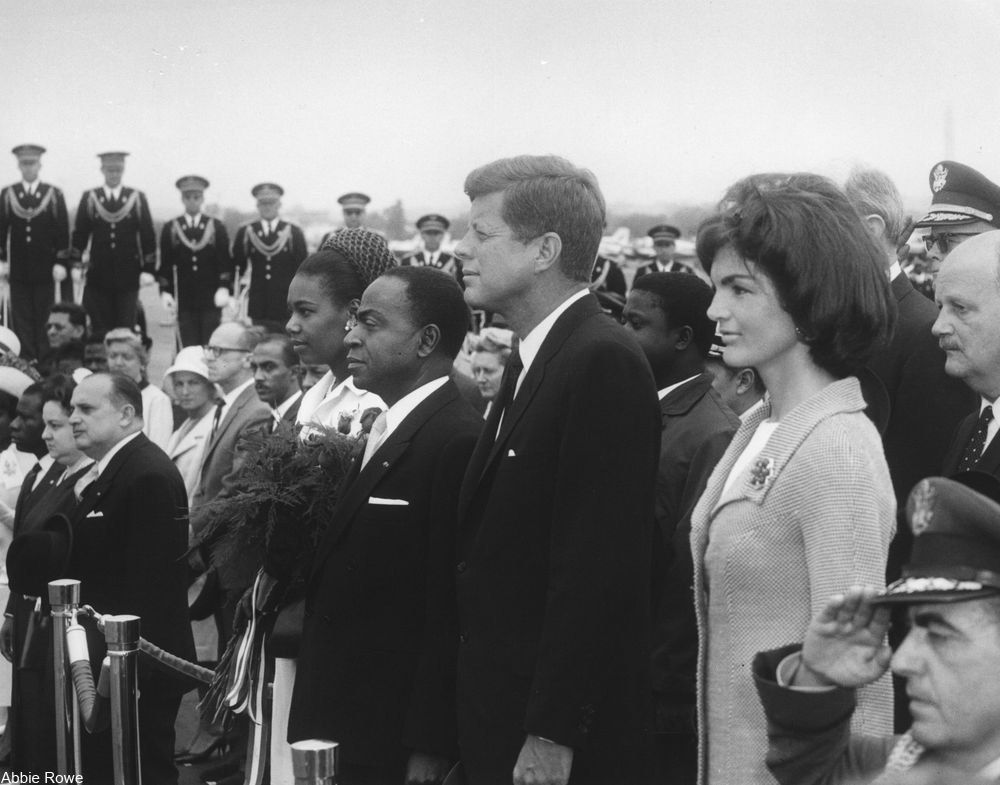 Both the First Ladies were fans of fashion and knowledgeable on French culture, both having studied in Paris and speaking French- though obviously Jackie Kennedy would have been at a disadvantage in this regard since French is the official language of Ivory Coast, a former French colony that attained independence only two years before this famous state visit.

Some have rightly pointed out that the comparison with the American First Lady could be seen as a back-handed compliment, but at the time most American women would have considered any relation to Jackie Kennedy as a great honor. And, after all it was the American press that gave Mme. Houphouët-Boigny the nickname. Jet, Ebony, and Time all covered the Ivorian First Lady’s style and her movements that spring and summer. 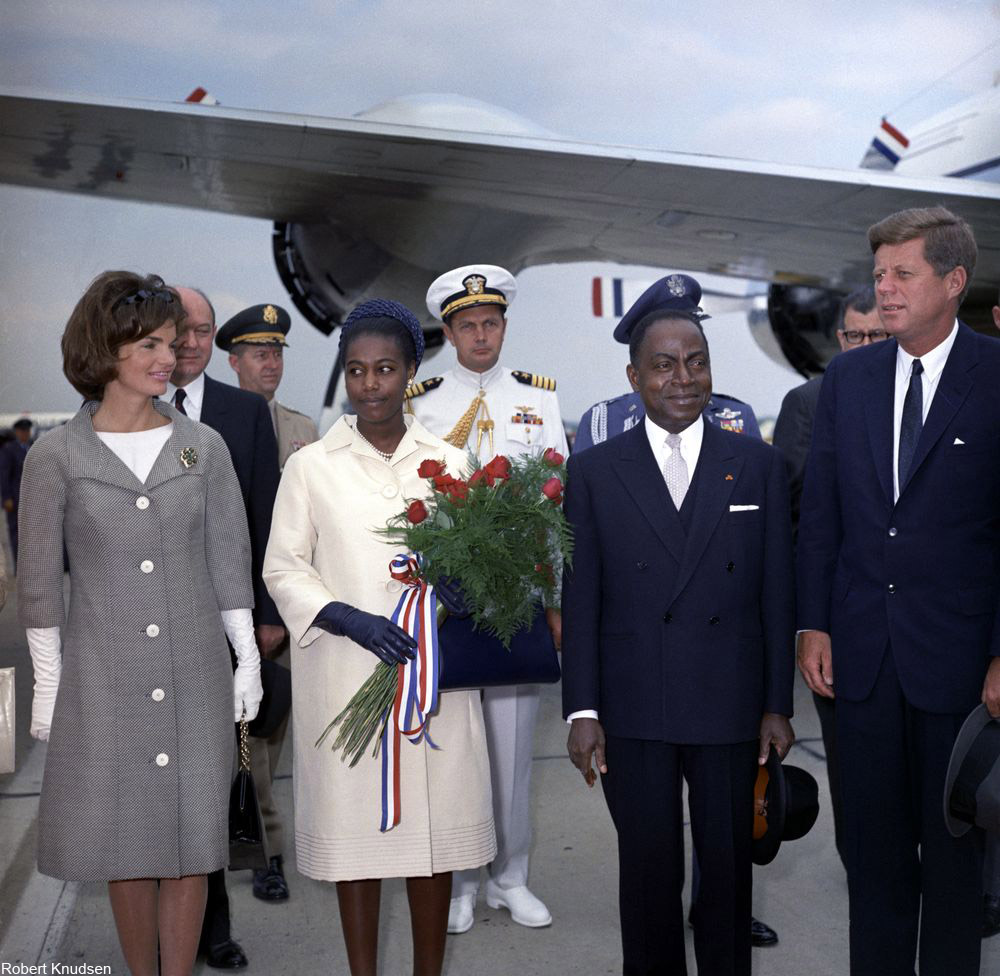 During the weeks-long state trip the press also took footage and photos of Mme. Houphouët-Boigny visiting a children’s polio ward, as well as an elementary school. She later sent each student at the school a flower to show her appreciation of them.

Mme. Houphouët-Boigny went on to become a champion for children during her 31-year-stint as First Lady of Ivory Coast, even creating a cartoon with Black main characters called Kimboo. She said of the cartoon series, “After hearing countless complaints that Black children didn’t have cartoon heroes like White children I decided to create Kimboo to change that.” She hoped that Kimboo would “help create the foundations of international brotherhood” through educating the world about African nations. 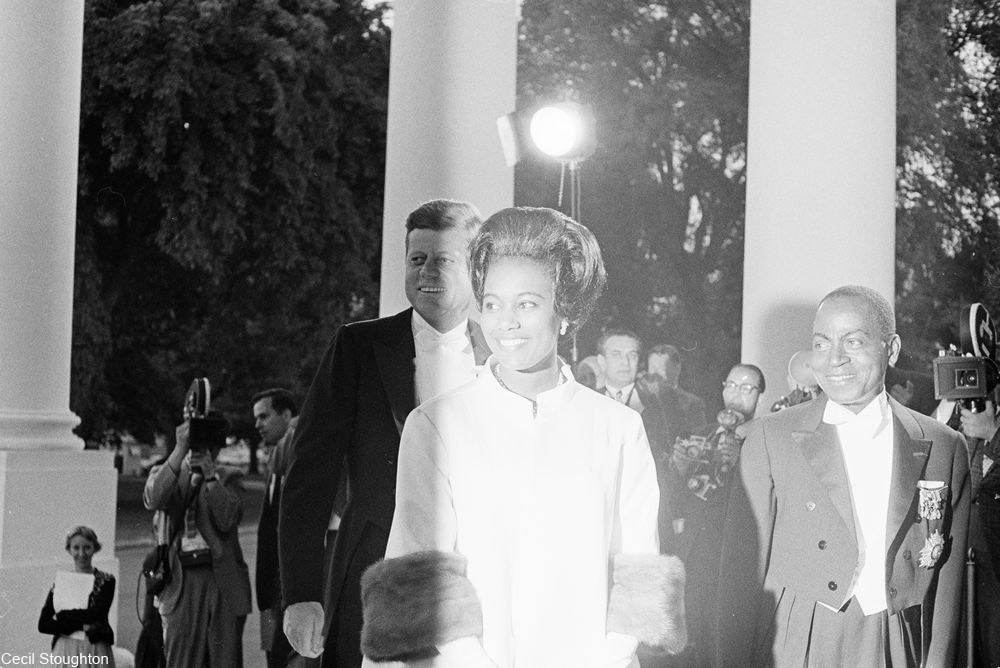 President and First Lady Houphouët-Boigny arriving at the White House for a dinner held in their honor. Via/ JFK Presidential Library

Mme. Houphouët-Boigny was immortalized by Andy Warhol and later became a favorite of Pope John Paul II. She was First Lady until her husband’s death in 1993 and today she is highly regarded for her activism as well as her grand sense of fashion.