We love watching old movies. The film stars are so glamorous and their look really sums up each era. What would the 1950s have been without Marilyn Monroe? What would the 1920s have been without Gloria Swanson? They visually defined the times with their unique looks. But, they had a few tricks up their sleeves in order to get the look. In the days before makeup products catered to every possible situation and taste, actors and makeup artists had to be extremely creative with the products and knowledge they did have. Add to that imperfect and changing film colors, and you end up with a particular set of tricks to tackle the beauty problems most vexing to stars and starlets of the era. This explains why so many makeup artists closely guarded their beauty tricks and went on to produce their own product lines! 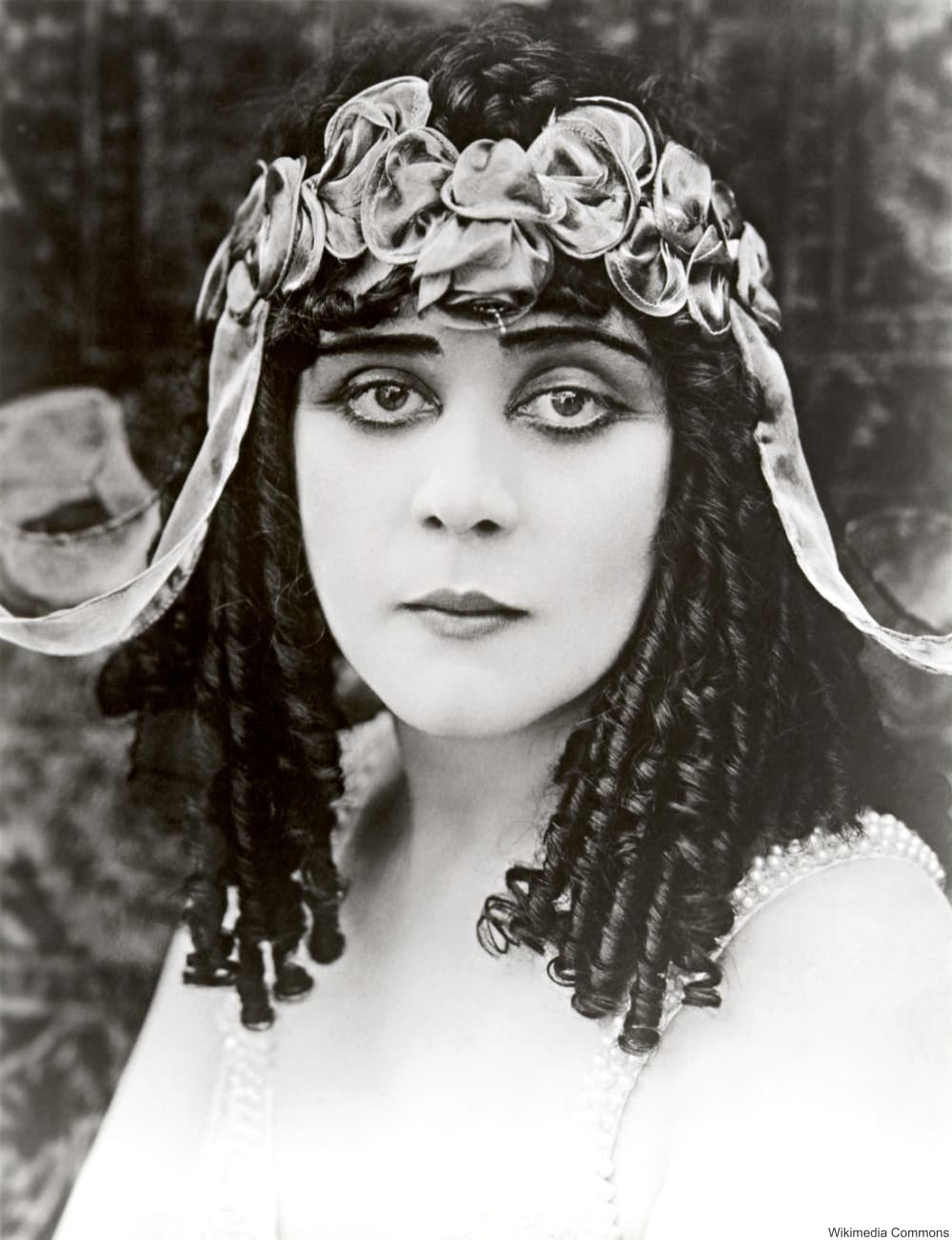 It’s no secret that film depictions will appear washed out in the final product. It’s one of the reasons that film makeup is so heavy handed. But, what you may not have known is the type of film dramatically changes how one must apply their makeup. Early black and white film caused colors to show up wildly different than they did in real life. This was because the orthochromatic film used in the early days of the movie industry was sensitive to blue. That meant that reds appeared nearly black while purples read as something faded, like something the viewer could imagine as a pink. Of course, the viewer needed to imagine all kinds of things while watching an early silent film. But, the makeup used could help to tell that story only if it read properly on camera. 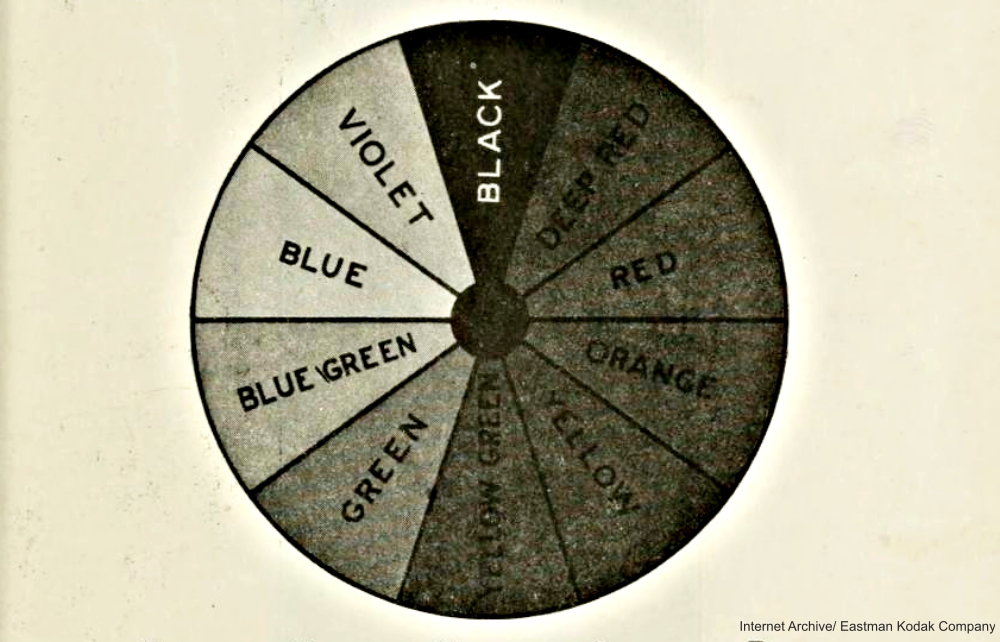 Example of how colors actually appear when filmed on orthochromatic film, 1919. Via/ Internet Archive

You can see from this chart that colors were changed dramatically by the film. Another flaw of early film was that it caused some colors to appear darker than they were. This led to pale foundation color and bleached hair in order to make the actors appears closer to their real life appearances. It wasn’t until panchromatic film came on the market in the 1920s that more realistic makeup could be displayed on screen correctly.

Lip shape has long been a hot topic in Hollywood. Before lip-plumping kits and advanced cosmetic surgery, starletts had to cheat their lip lines the old-fashioned way. Different eras also each had different “ideal” lip shapes which could be mimicked through overdrawing the lips. 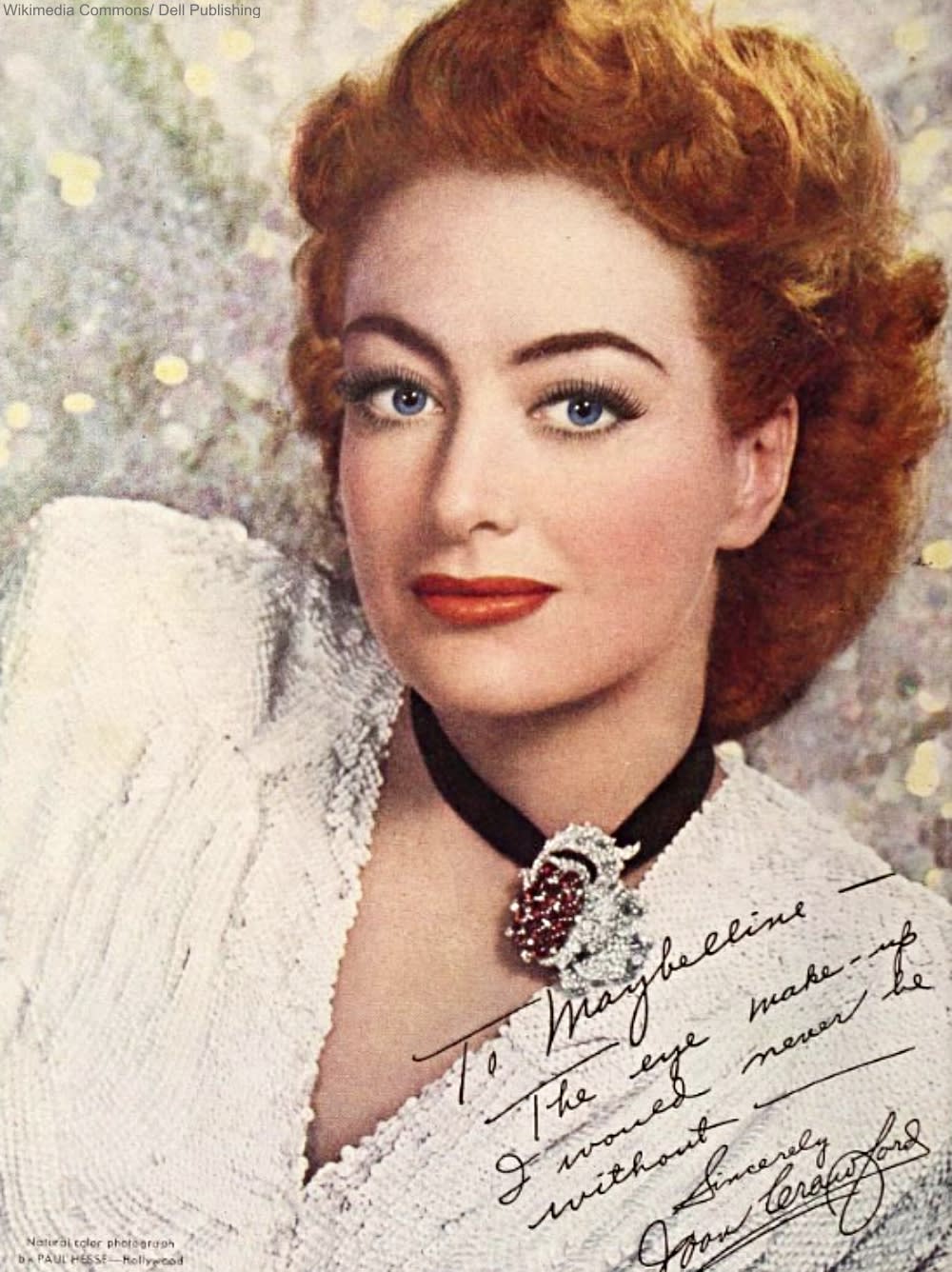 By over drawing whichever parts of the lip needed to be fuller, actors achieved their ideal looks and sometime created their signature styles (think Joan Crawford and Vivien Leigh). It wasn’t only the outer line that got a bit of help. Marilyn Monroe’s signature red lips were created using several shades of red that was built up in layers, with the lightest colors towards the middle of the lips to create a plump look. 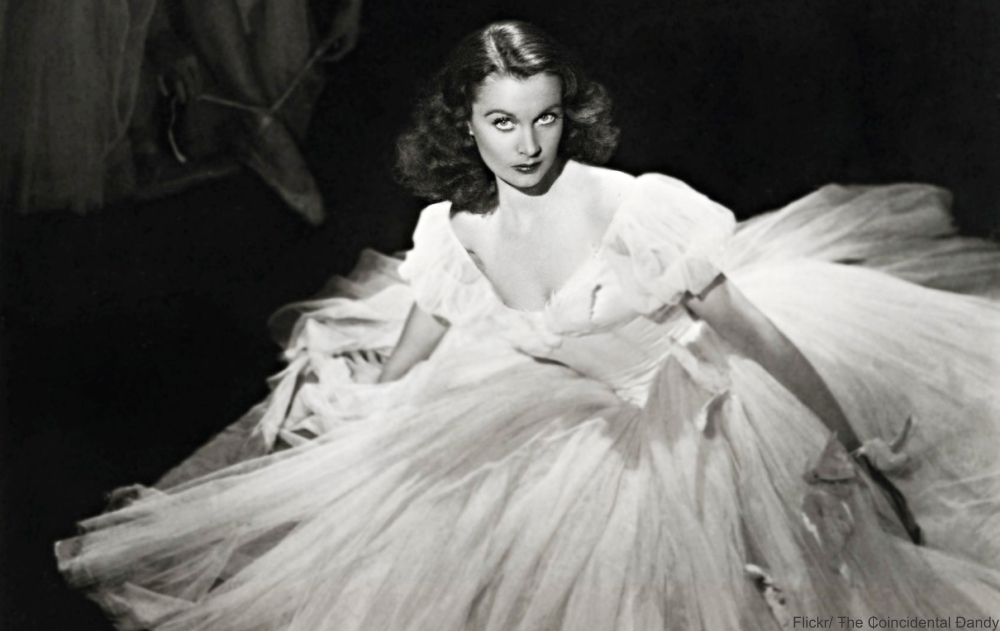 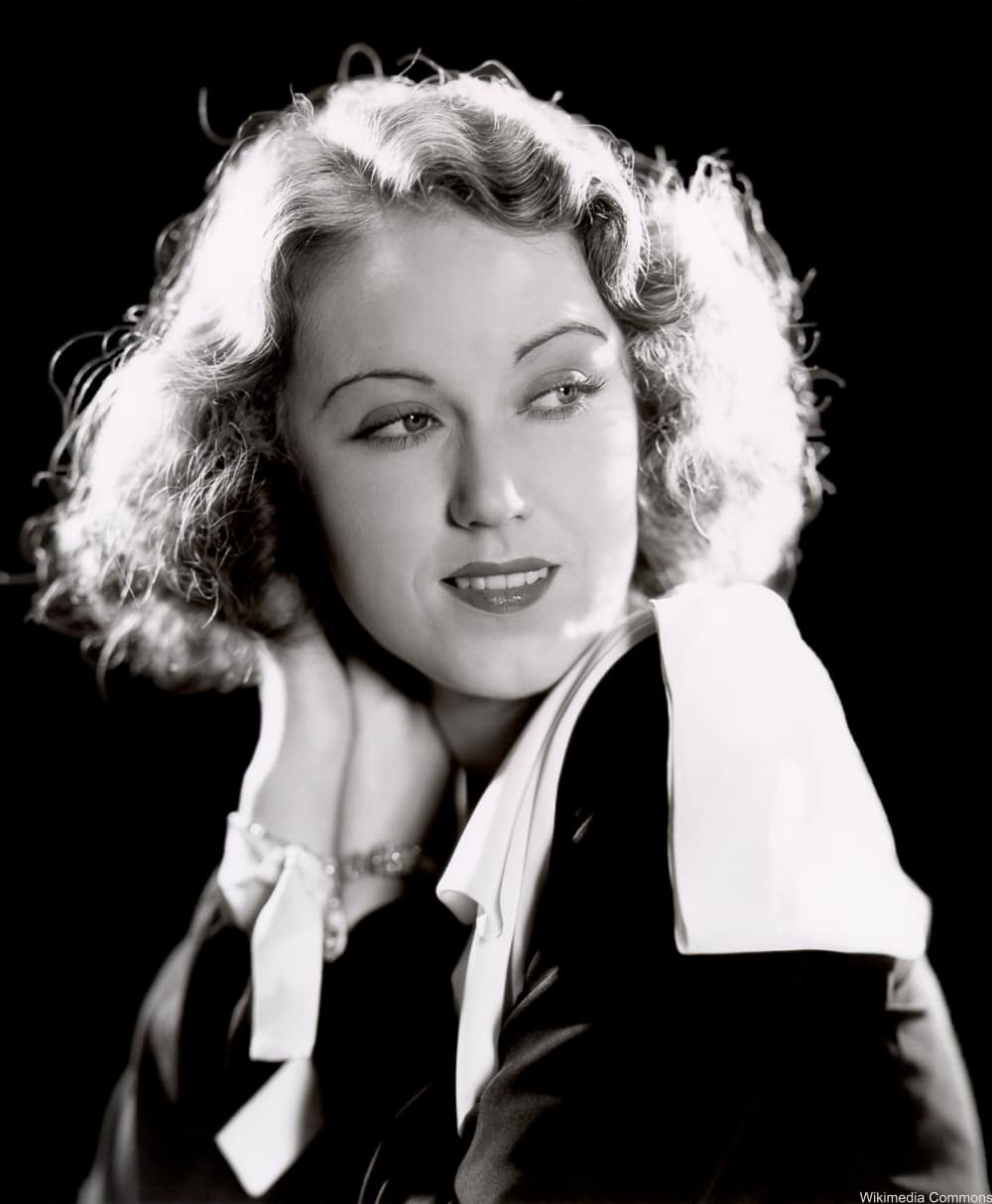 While many starlets had their eyebrows shaved off entirely during the 1920s and 30s, some used the soaping method. A mixture of glycerine soap and a tiny amount of water is applied with a brush to the eyebrows. This technique basically takes the place of a brow gel today, except that the hairs are completely flattened against the brow bone. This is then covered with some concealer or grease paint, becoming a blank canvas. After that any shapes or style of eyebrows could then be drawn on.

Not only was vaseline famously used by Greta Garbo to achieve that perfect eyeshadow look and to add depth, but she mixed it with charcoal to create version of eyeliner. This simple trick was used by many an actor to add shine to any part of the body. Men sometimes used it as a pomade as well! 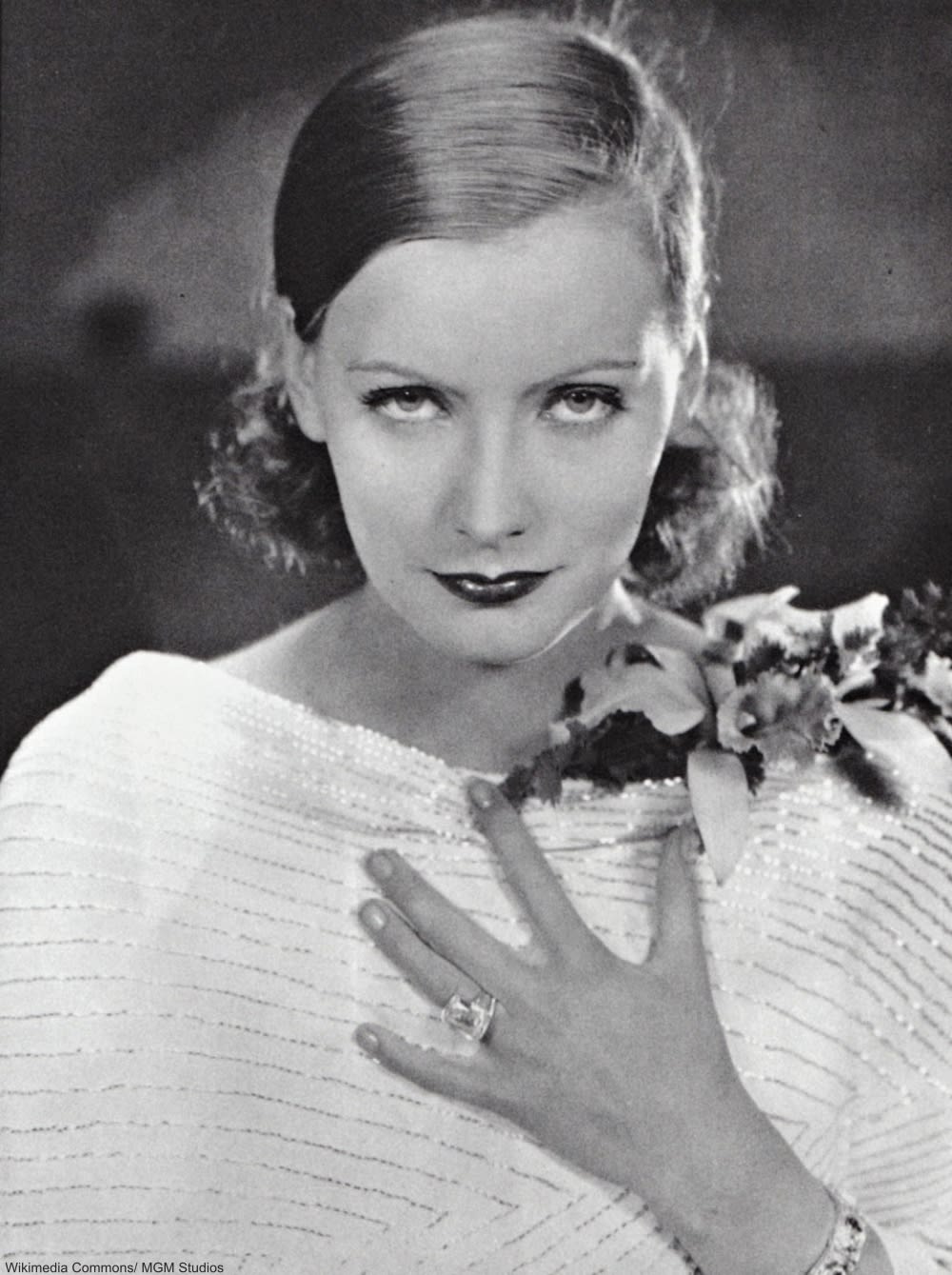 The word shine implies a gloss finish, but when used in conjunction with powder, petroleum jelly and other balms it can give a new quality to the skin. Marilyn Monroe famously used a combination of creams such as Nivea, Vaseline, and pHelityl layered with powder to give her skin a particular glow under the lights while filming or being photographed. This “radiating from within” look was difficult to achieve before the advent of shimmer dust and illuminating powders, but they did manage with some creative problem solving and plenty of petroleum jelly. 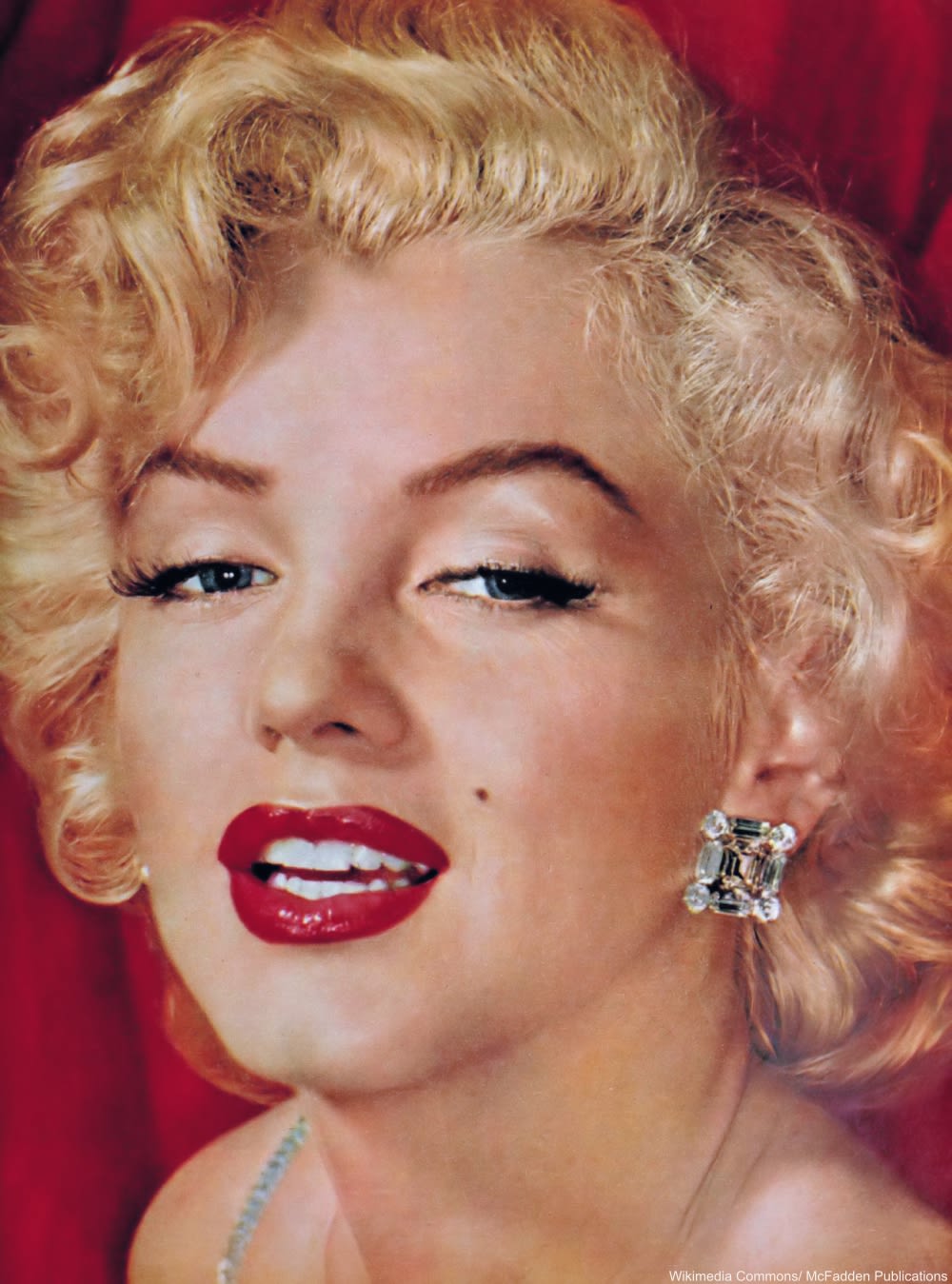 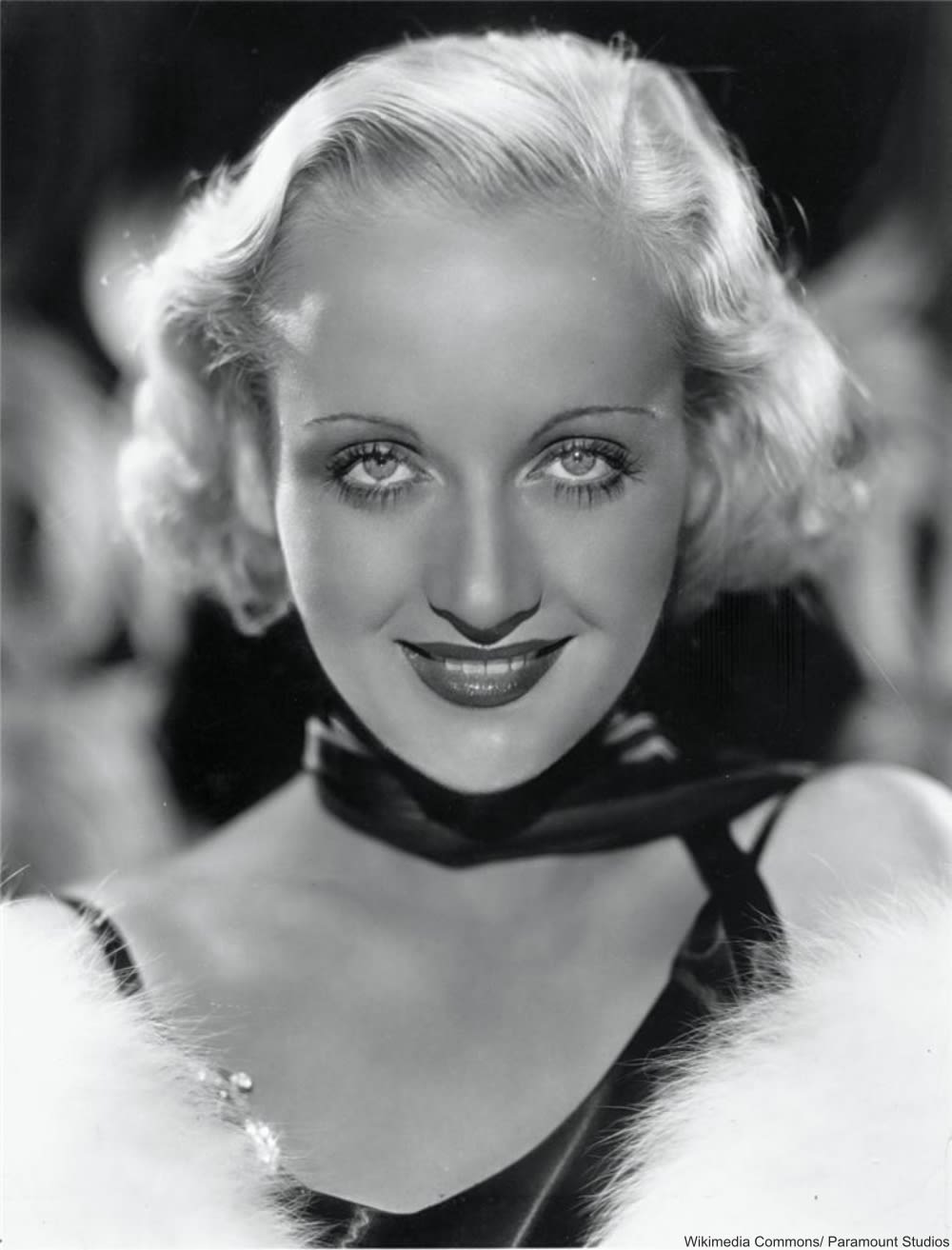 We tend to think of contouring as a modern trend, but starlets have long relied on colored powders magically erase their flaws, at least in front of the cameras at least. To smooth over an unwanted curve in her nose, Carole Lombard used white powder to contour her nose into the shape she wanted. It had become bent after a car accident. 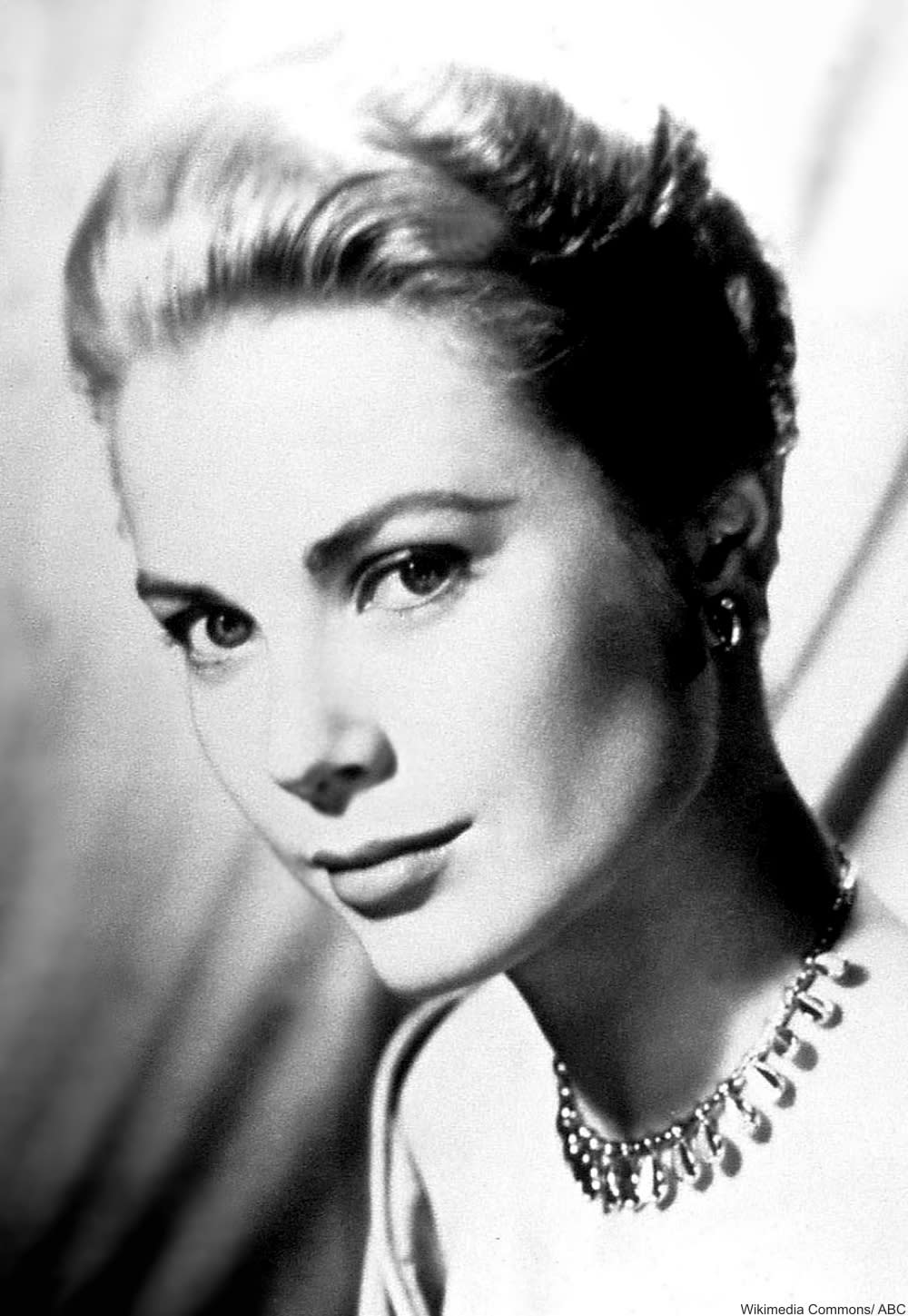 Both men and women were advised to shave their faces. The reason?It was thought that the smoother surface gave a more youthful appearance on camera. Elizabeth Taylor was known for shaving her face. But, some actresses refused. The peach fuzz from the hormone cream Marilyn Monroe used reflected light. So, she kept it. 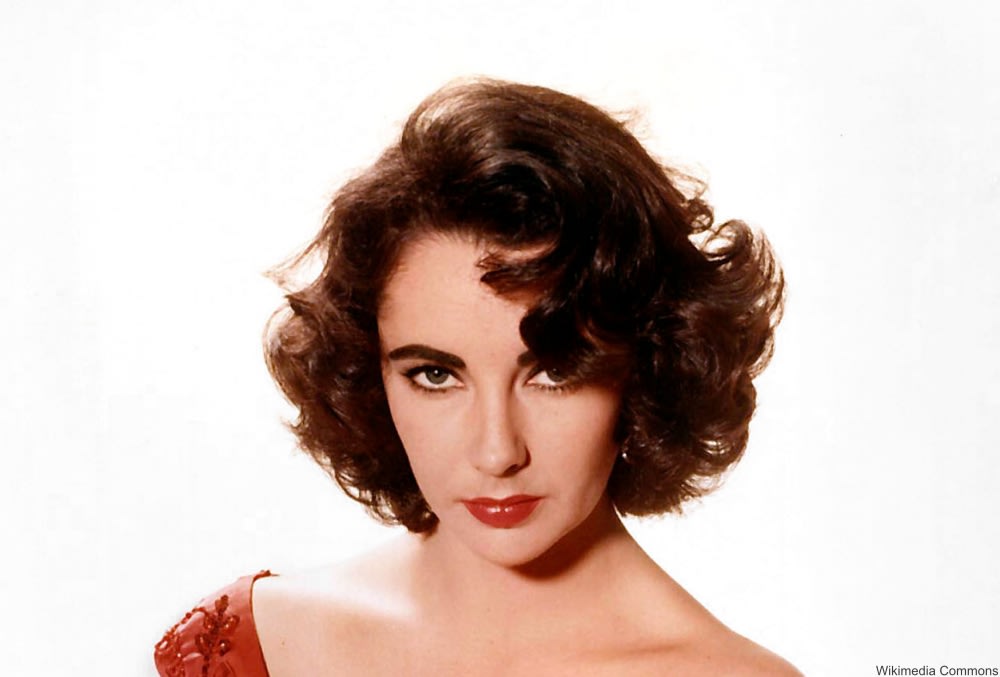 Ingrid Bergman, renowned for her no-make-up-look and natural attractiveness, refused the star beauty treatments pushed on her by the studios. She declined to have her teeth fixed and demanded that her screen tests be done at least once without makeup. But, she did shave back her hairline in an attempt to increase the size of her forehead! 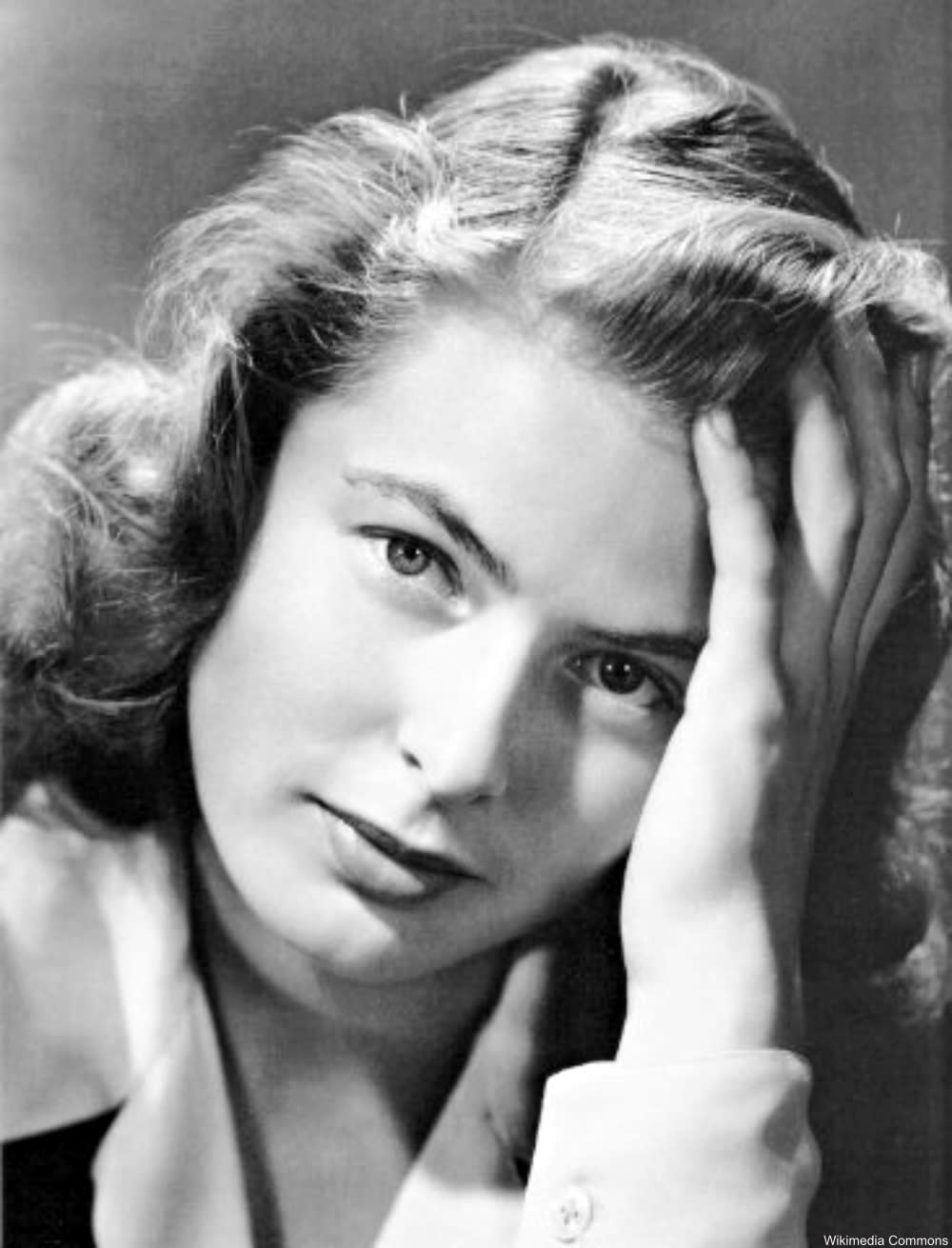 There are probably a lot more makeup tricks that were used in Hollywood before makeup was a common product, but we loved learning about these shortcuts to beauty. They were the products not of expensive boutique makeup, but of creativity and inventiveness! The old Hollywood starlets and silent film stars captured a beauty that actresses today only wish they had, even with all the fancy products! These were some of the most stunningly attractive people on earth, made even more so with a few little tricks to capture the light just so for the cameras.

The Mystery Behind Who Actually Betrayed the Frank Family During WWII: Click “Next Page” below!