Pregnant Pit Bull Is Dumped By Owner, Then Shelter Sees ‘Uncountable’ Puppies On X-Ray Of Womb

There is nothing in the world cuter than a puppy.

OK, wait — scratch that. The one thing cuter than a puppy is a lot of puppies.

Have you ever seen a whole litter of pups before? A few years ago, I had the honor of playing with a newborn dog (before returning him to his mama and five siblings), and I can honestly say it changed my life.

Here’s the thing, though. As adorable as puppies are, watching a dog give birth is not quite as adorable. Just like human births, it can be distressing, nerve-racking, and downright gross.

Amazing? Sure. Awe-inspiring? Definitely. But cute? Not so much.

Most pregnant dogs are expecting just a few offspring at once — but every so often, things get a little crazier. Multiples aren’t out of the ordinary for dog births, but more than five — or more than 10 — puppies is pretty unusual. 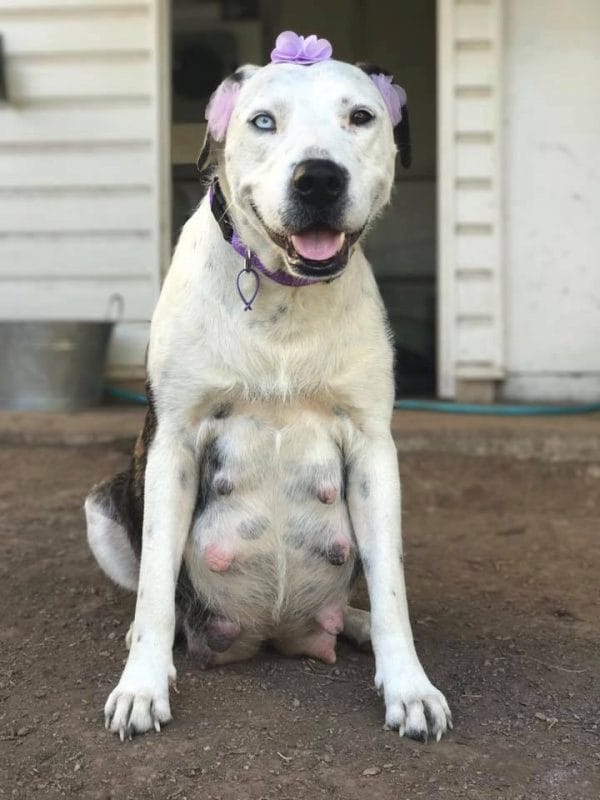 When this sweet pit bull was abandoned, a shelter picked her up, and a volunteer started fostering her.

Obviously, they realized that this sweet fur baby was expecting, so they assumed they’d add a few new fresh faces to the brood. 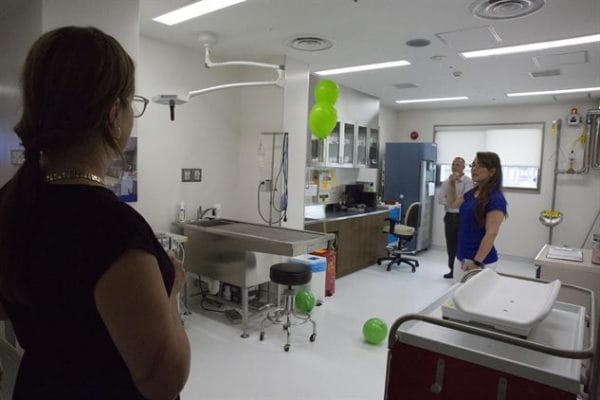 They definitely didn’t expect to find an ‘uncountable’ number of skeletons inside mom’s uterus.

But that’s exactly what they saw when the vet showed them the dog’s X-ray. 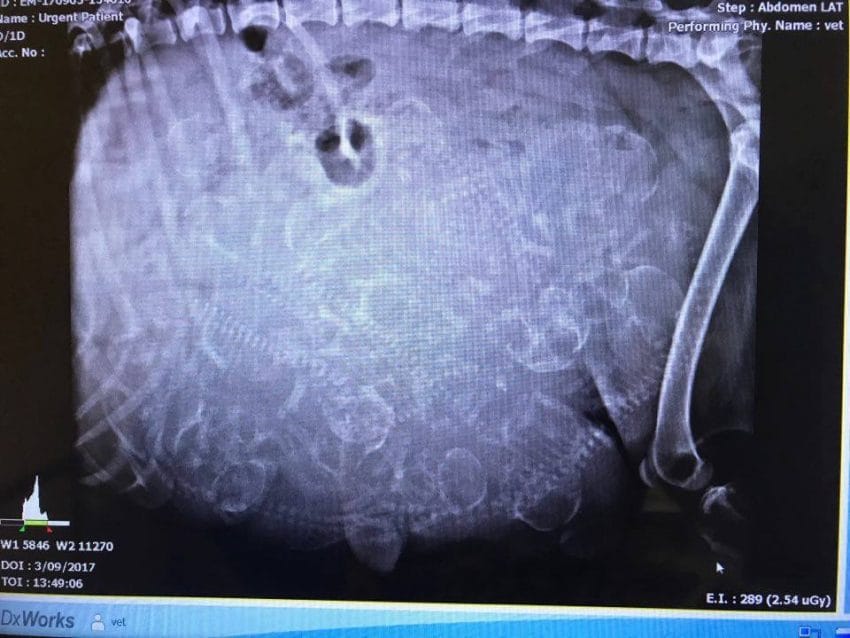 Quite frankly, it’s impossible to tell exactly how many pups there are — it could be seven or eight, but it could also be 12 or 13.

Without taking a bunch of X-rays from different angles, it’s not even possible for the vet to figure it out. 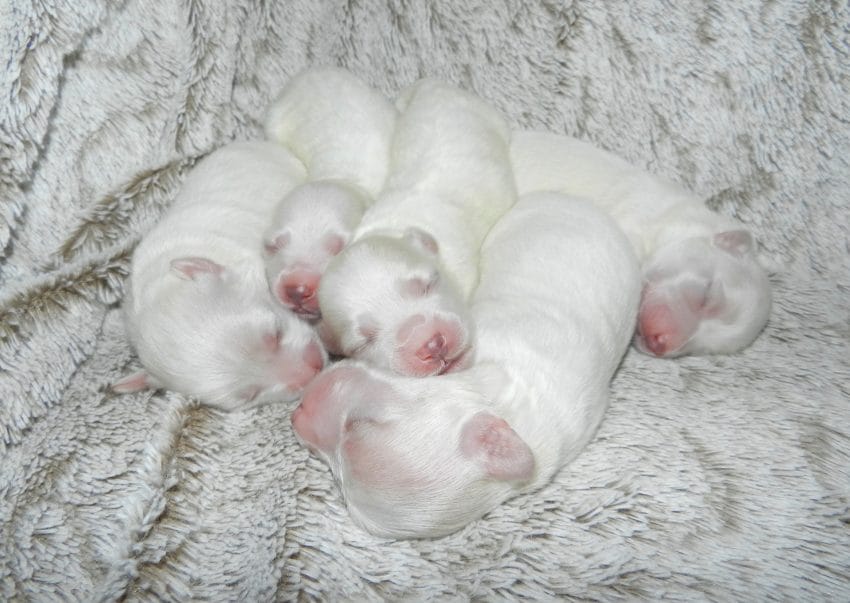 She’s adopting the dog once her pregnancy is over — the puppies will have an easier time finding new homes, so it’s great that someone wants to take in Mom. 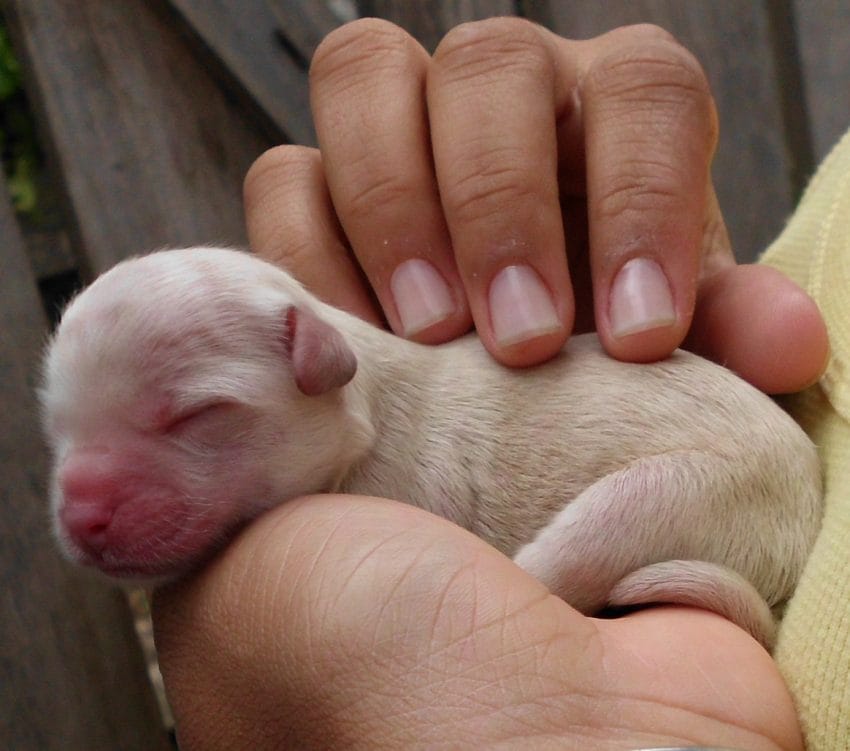 The only way to know how many babies there are is to wait for mama to go into labor and see how many puppies come out.

Like other dog owners, they’ll have to wait alongside their doggo to learn just how many puppies she’s actually carrying. 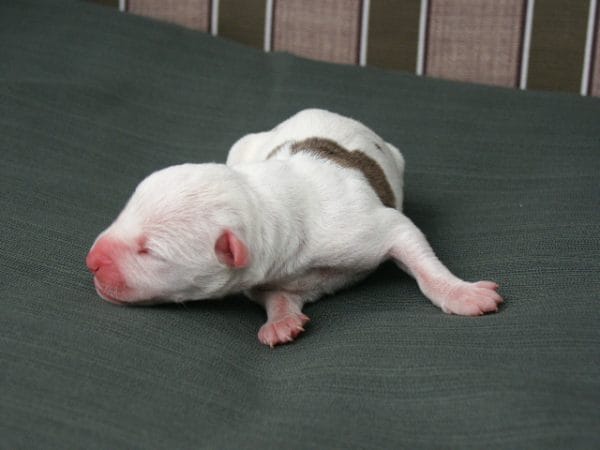 Once the babies are born, they’ll need to spend some time at home with their mom.

Eventually, when they’ve weaned themselves off breast milk and can walk and play and handle themselves around people, they’ll get to find their own forever homes. 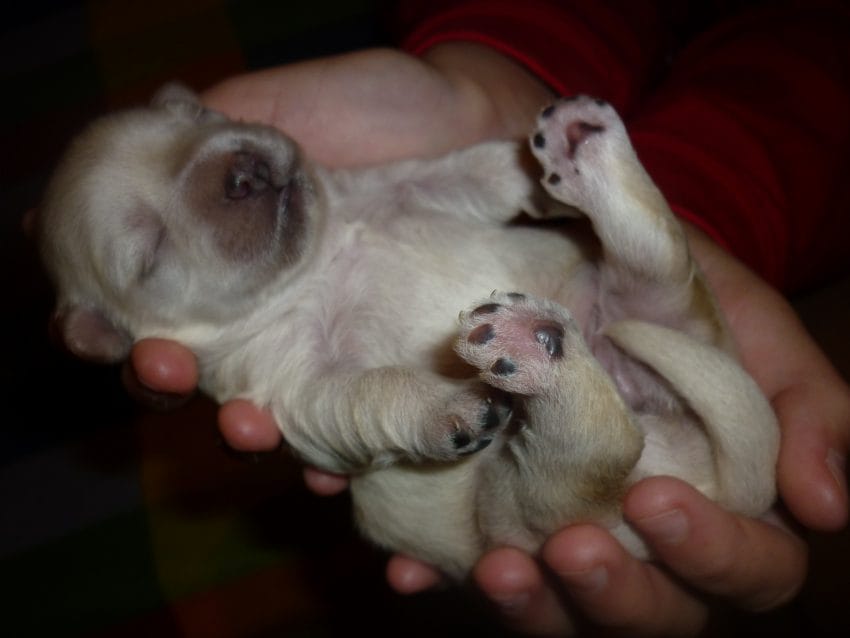 People who saw the photos were blown away by the number of puppies. One person wrote, “She’s beautiful, mail me a puppy!”

And another said, “My god, that’s a lot of puppies! Sometimes I think I’ve counted like 18ish in there, maybe more. Please update us! Congrats on your new dog!” 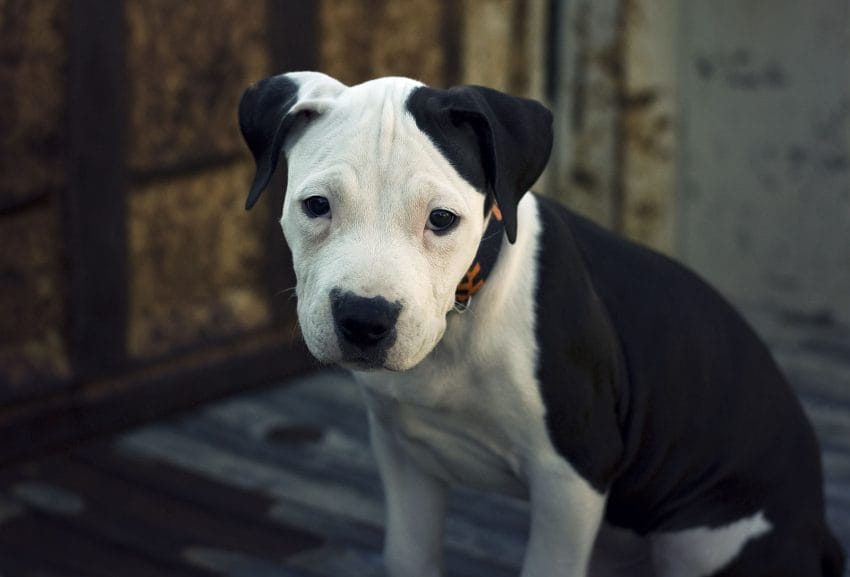 Best of luck to this mom-to-be and the new dog parents that will adopt her precious pups!