Have You Heard Of The Lost Colony Of Roanoke Island? How Mysterious!

In 1587, England attempted to establish a colony in the New World. Initially headed for an area on the Chesapeake Bay, the colonists — led by John White — settled on an island by present-day North Carolina (Roanoke Island).  Shortly after the colonists set up camp, John White’s daughter gave birth to the first child of European ancestry to be born on American soil.

As the colonists were struggling to establish a settlement, John White decided to sail back to England to get more supplies, and to share the news of the birth of his grand daughter. Due to England’s war with Spain, however, White was unable to return to the colony for three years. When he finally made it back to Roanoke Island in 1590, he found a deserted colony. No signs of a struggle were evident, and the only clue left behind was the word “Croatoan,” carved into a fence post, and the word “Cro,” carved into a nearby tree. 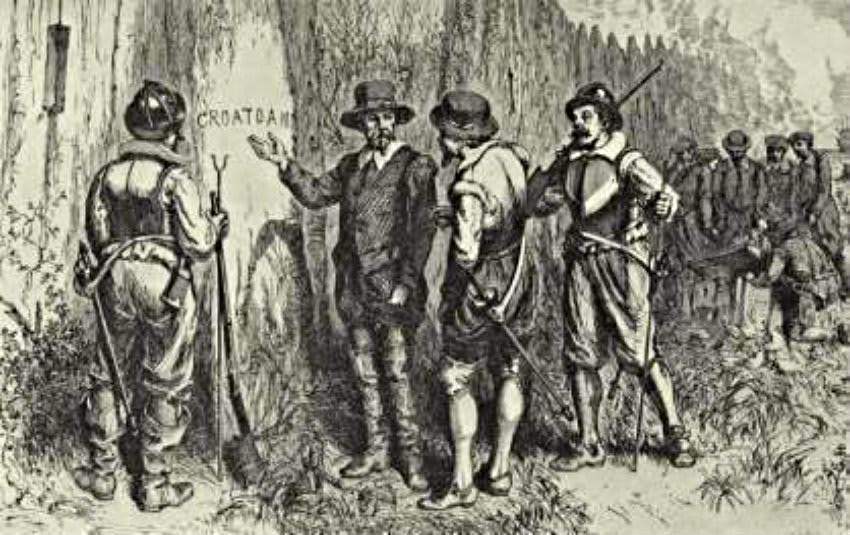 While no one knows for sure what happened to the first English colony in America, there are some logical theories. Researchers from the college of William and Mary studied the tree rings of cypress trees in the area and discovered that the settlement of Roanoke Island occurred during the worst three-year drought of the past 800 years.

The word “Croatoan,” may refer to a nearby island, Croatoan Island (present day Hatteras Island in North Carolina) as well as a local Native American tribe that was established nearby. This gives credence to the theory that the settlers assimilated with the nearby tribe, due to harsh conditions and a lack of supplies.

Find out more about this mysterious “lost colony” in the following clip from Strange Mysteries, and learn more about the research conducted here. And let us know; what do you think happened to the settlers of Roanoke Island?