Before Abraham Lincoln became President, he was a successful lawyer in Illinois. As he came up in the world, he bought an 18-carat gold pocket watch from a jeweler named George Chatterton. In the years that followed, a repairman would leave a secret message inside… 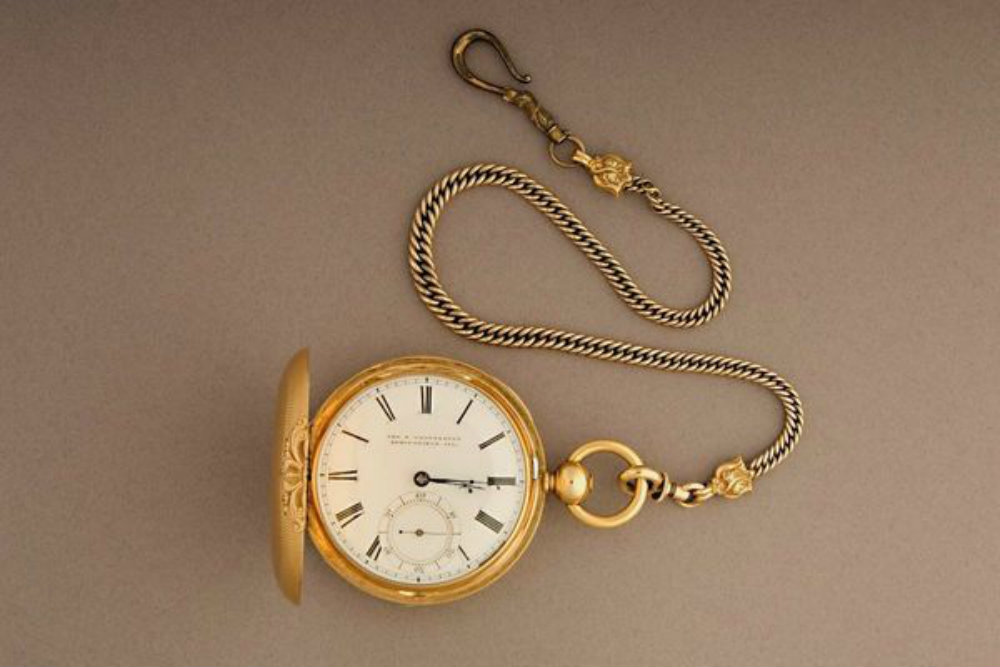 This photo from the Smithsonian Museum shows the back of the gold pocket watch. 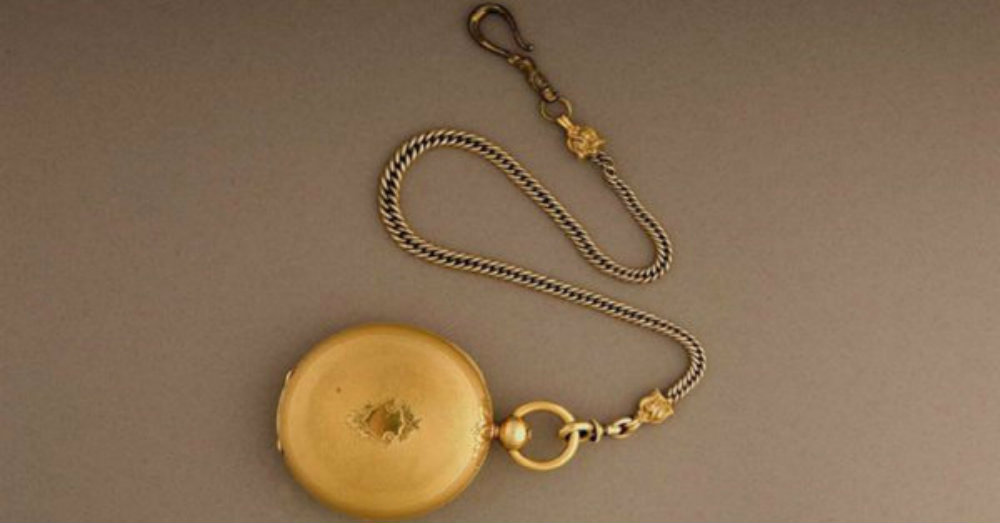 Lincoln was elected President in November, 1860, and six months later the Civil War would break out with shots fired at Fort Sumter. During that time, Lincoln’s watch was in the hands of M.W. Galt & Co. in Washington, D.C. for repair. Compelled to leave a statement, watchmaker Jonathan Dillon unscrewed the dial and engraved a message directly on the casing. 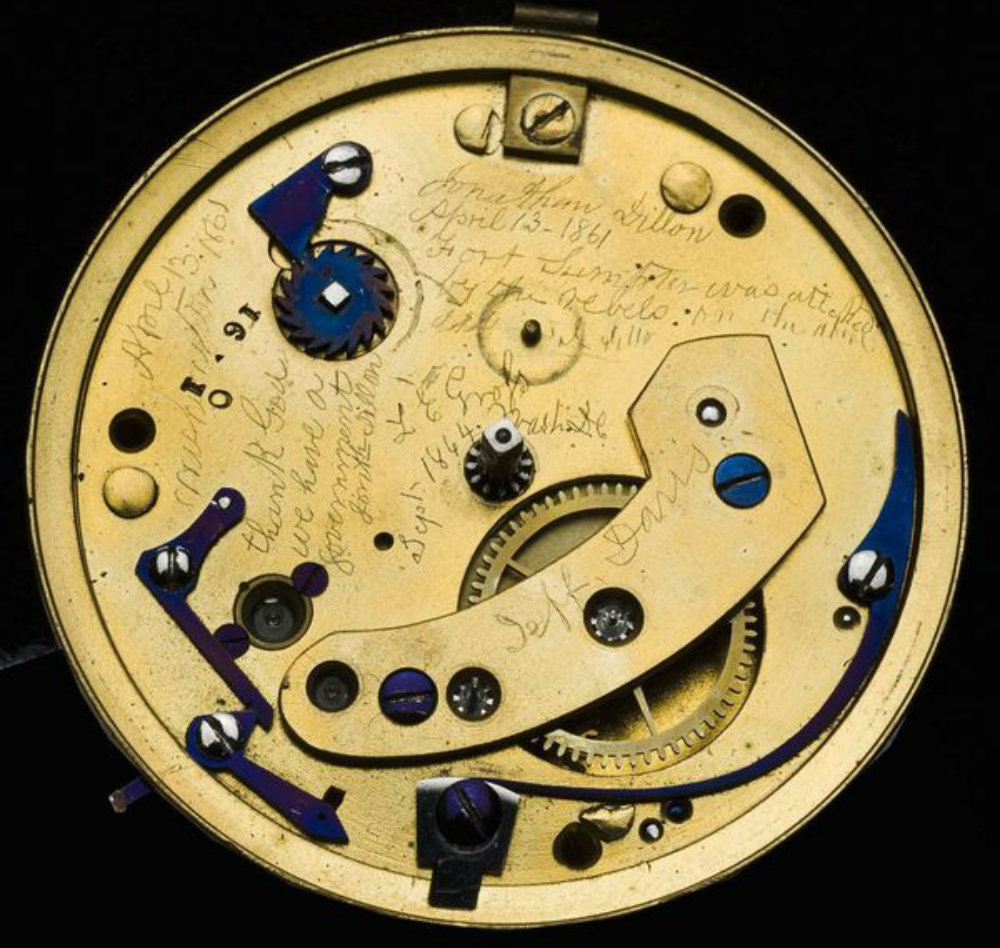 This Smithsonian photo shows a close-up of the message. In 1906, when Mr. Dillon was 84 years old, he mentioned that he inscribed a message in the watch, but it wasn’t until 2009 when Dillon’s great-great-grandson contacted the museum with the story. They agreed to open the watch and they found the following message:

This was a note in support of Lincoln and the Union, but a later repairman etched “Jeff Davis” in 1864 as a counter-statement to the one Dillon left. In this May 16, 1861 photo you can see Lincoln with the pocket watch. He never knew the messages it held inside. 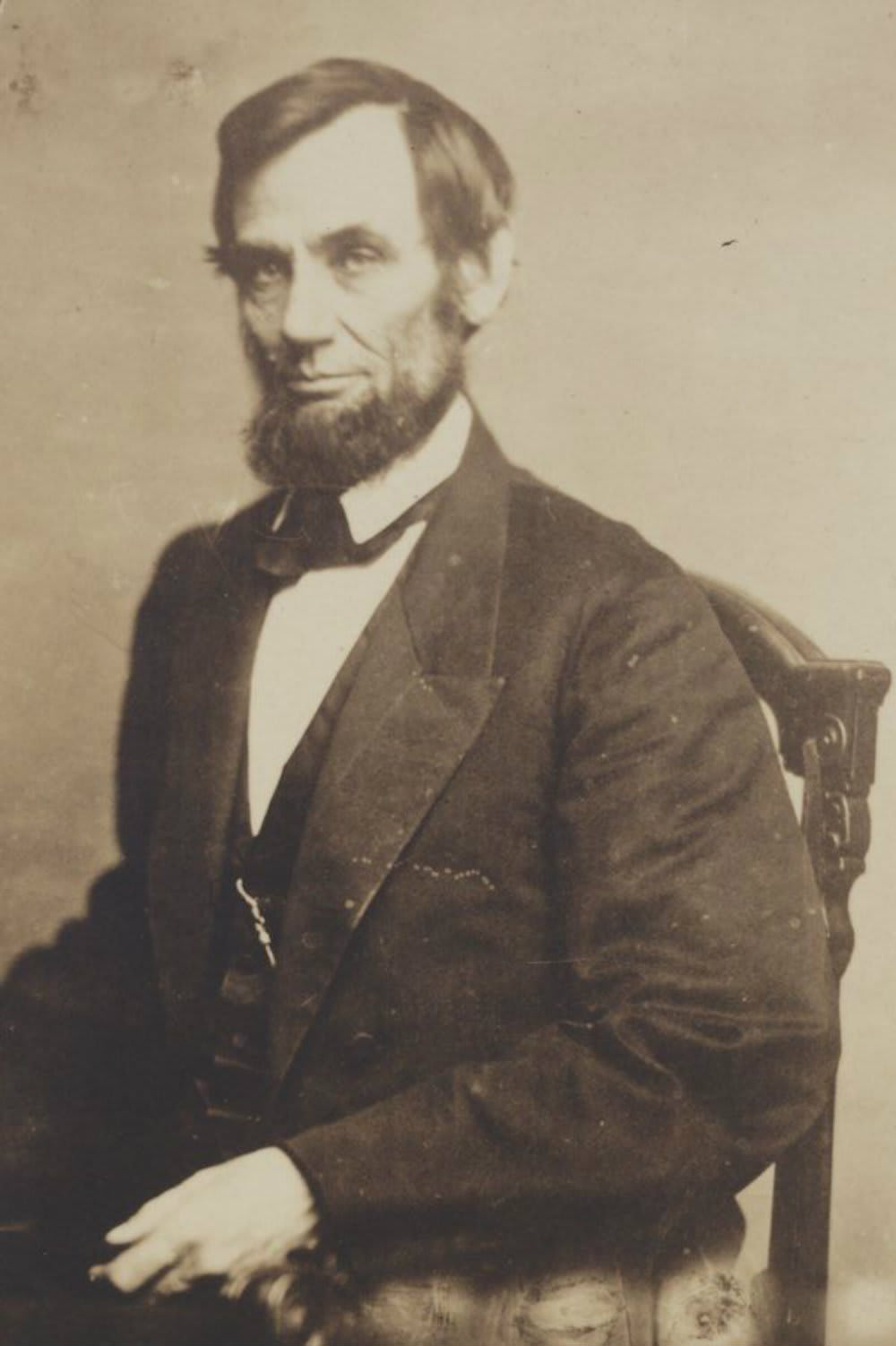