In Missouri the woman believed to have been the last Civil War widow has died. Helen Viola Jackson was married to James Bolin in 1936. Bolin served in the 14th Calvary of the Union Army during the Civil War and was in his ’90s when he became acquainted with Jackson. The two were thrown together when Jackson’s father volunteered her to help care for the aging veteran. When Bolin asked her to marry him for the war pension as repayment for her care she later said she agreed because her continued interactions with him she believed were keeping him alive at that point. 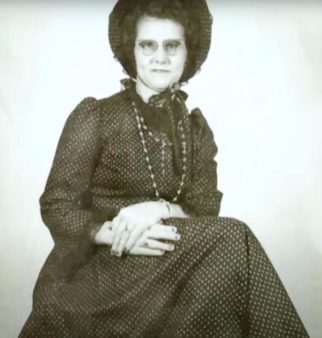 The two were married in 1936 in secret at Bolin’s home. Jackson never told her friends or family nor did she ever marry again or collect the war widow’s pension she was entitled to. In the last few years of her life, Jackson revealed to her pastor, Nicholas Inman, that she had a lot of secrecy around the experience because she never wanted to cause Bolin any harm. She feared that if people discovered their marriage that folks would assume that Bolin had made moves on a teenage girl. Jackson said in 2018, “I had great respect for Mr. Bolin and I did not want him to be hurt by the scorn of wagging tongues.” Bolin died in 1939 after they had been married for 3 years.

Jackson was 17-years-old at the time of her wedding and Bolin was 93-years-old. But, the two were never intimate and never lived together as it was a marriage of convenience- not romantic love. Although wanting to protect someone like Jackson did for Bolin is in itself an act of great compassion.

A special exhibit at the Laura Ingalls Wilder Home and Museum honors the last Civil War widow, Helen Jackson. Jackson was 17 years old and James Bolin was 93 years old when they married in 1936 in Niangua.

Jackson described her marriage proposal thusly, “It was during the Depression and times were hard. He said that it might be my only way of leaving the farm.”

Once Jackson opened up about her experience publicly she was granted a star on the Missouri Walk of Fame as well as receiving many letters from well wishers. Of Jackson sharing the story of her life Inman said, “It was sort of a healing process for Helen: that something she thought would be kind of a scarlet letter would be celebrated in her later years.” 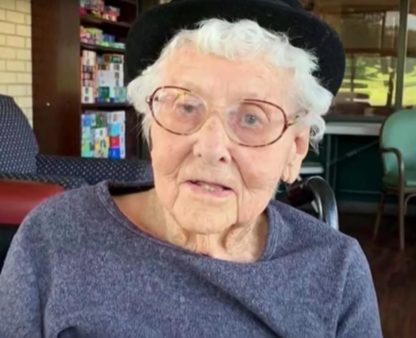 As to why she never collected her pension Jackson said one of Mr. Bolin’s daughters threatened to ruin her reputation and spread lies about her if she ever did apply for the pension. She later said that Bolin was the only man to have ever loved her.

Jackson died on December 16th, 2020, at the Webco Manor Nursing home in Marshfield, Missouri. Her death was announced by the Sons of Union Veterans of the Civil War. Jackson was 101-years-old when she died, 155 years after the end of the Civil War.

Jackson was an active member of the Elkland Independant Methodist Church and was a member of several social and history groups as well.