Nicholas Reeves, an archaeologist from the University of Arizona, recently made headlines after releasing a report stating that scans of King Tut’s tomb had revealed two spots that had been patched over. Reeves believes that these spots are actually covered doors that lead to two secret chambers. What he believes is hidden in those chambers? The resting spot of Queen Nefertiti. 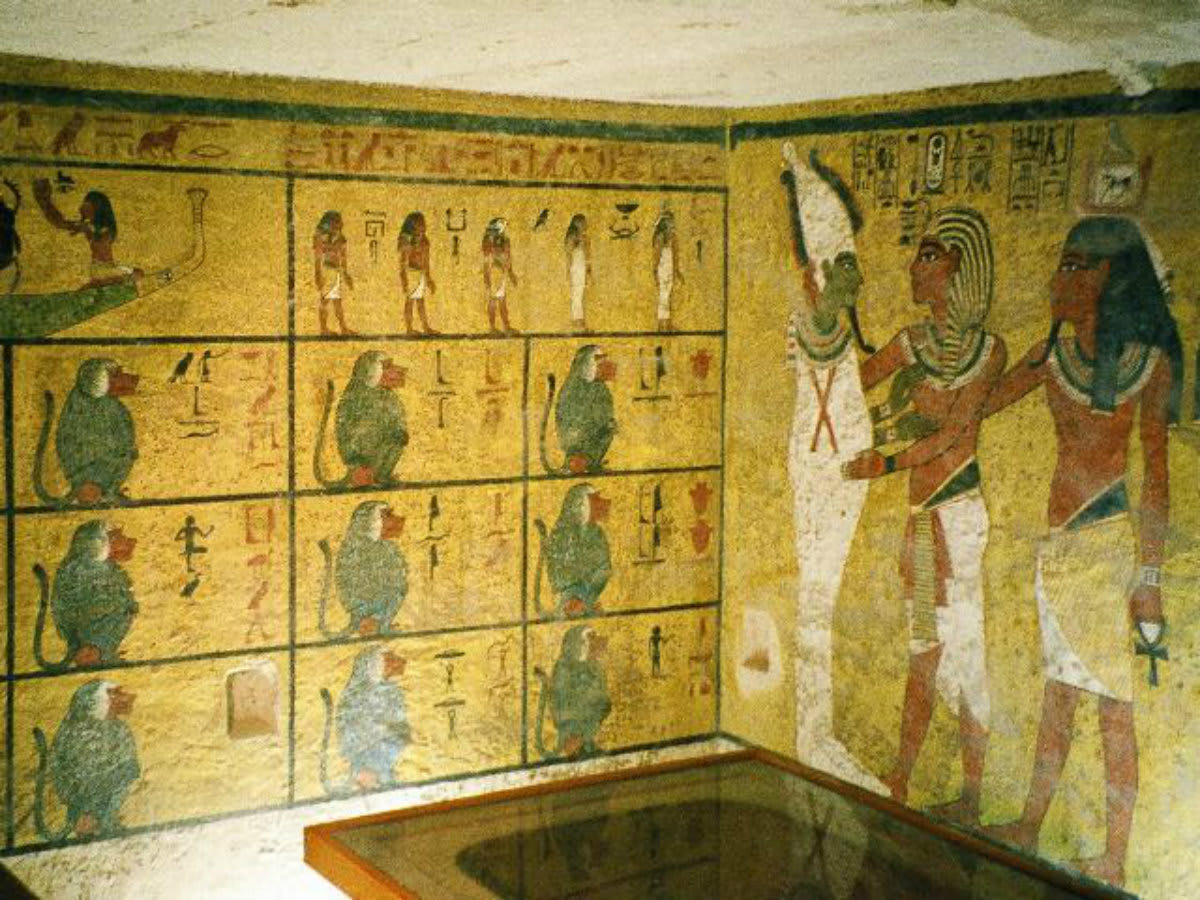 After further examination, Egypt’s antiquities minister confirmed on Monday that there is indeed evidence of two hidden chambers. What experts describe as artificial material, scratches and other markings point to inconsistencies in the tombs composition. The only problem is, Reeves and his team cannot simply knock down the wall to see what’s behind it. The wall features a priceless ancient painting, so Reeves will use ground-penetrating radar and thermal imaging to prove his theory.

Are we on the cusp of one of the biggest archaeological discoveries ever? https://t.co/nIQC0UT9Jt

Reeves believes that Queen Nefertiti — whose tomb has been lost to history and is the source of much speculation — is hidden in one of these chambers for a number of reasons. The alleged doors indicate that the tomb may have been intended for someone other than King Tut — who died at the age of 19, and may not have had proper time to construct his own tomb.

Nefertiti was the principle wife of Akhenaten, who’s thought to be Tut’s father. Lines on the ceiling appear to line up directly with the hidden chamber, which suggest that Tut’s tomb was actually a corridor. We will definitely learn more in the coming months, but it seems that something is indeed hidden. “I am pretty sure that a very important discovery is to be made soon inside Tutankhamun’s tomb,” Reeves said.

Mamdouh Eldamaty, Egypt’s antiquities minister, announced that radar scans have revealed new information about Tutankhamun’s tomb. A radar test showed that there was not only an extra chamber located behind a wall in the burial room, but that there were also unidentified objects in this hidden chamber as well. The objects were confirmed as being made of organic matter and metal.

When it comes to determining what these objects are, Eldamaty is reluctant to make any conclusions. However, many Egyptologists agree with Reeve’s hypothesis that Queen Nefertiti is hidden behind Tut’s burial chamber. Although further tests are required to make any further suggestions, Eldamaty claimed in a press conference:

“It could be the discovery of the century.”