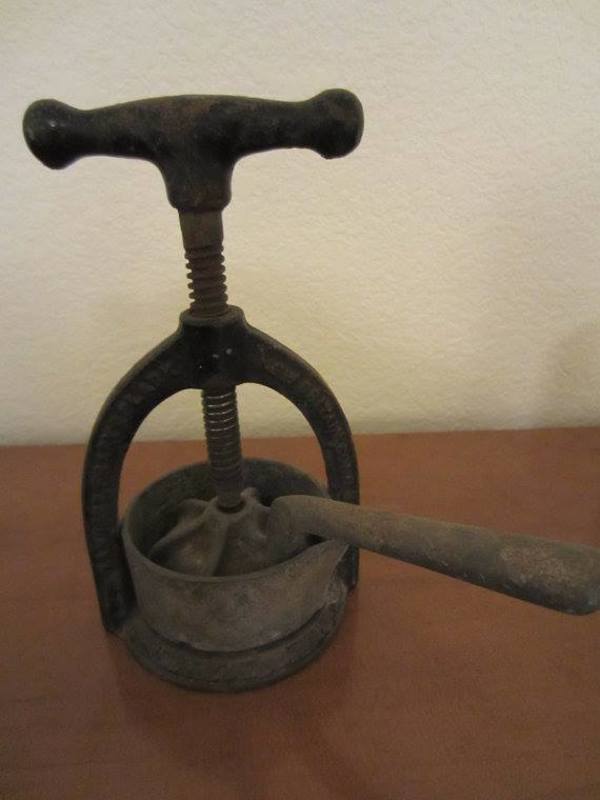 from: Holly Bava: “Columbia Landers, Frary & Clark Meat Juice Press. Back in the late 1800’s these were considered a MUST-Have for many affluent households. The reason being that during the 1800’s meat juice was used as a concentrated form of nourishment for the ill. This meat press would have been used to extract juice from beef, boiled mutton, tongue or boned turkey. The press could also be used to extract juice from fruit. On one side it reads “LANDERS, FRARY & CLARK NEW BRITAIN, CONN. U.S.A.” & on the other side it is embossed “COLUMBIA MEAT JUICE PRESS MADE IN U.S.A.” Columbia was an early brand name used by Landers, Frary & Clark. The company was founded in 1882, when Landers and Smith Co. acquired Frary & Clark, a well-known manufacturer of housewares and hardware.” 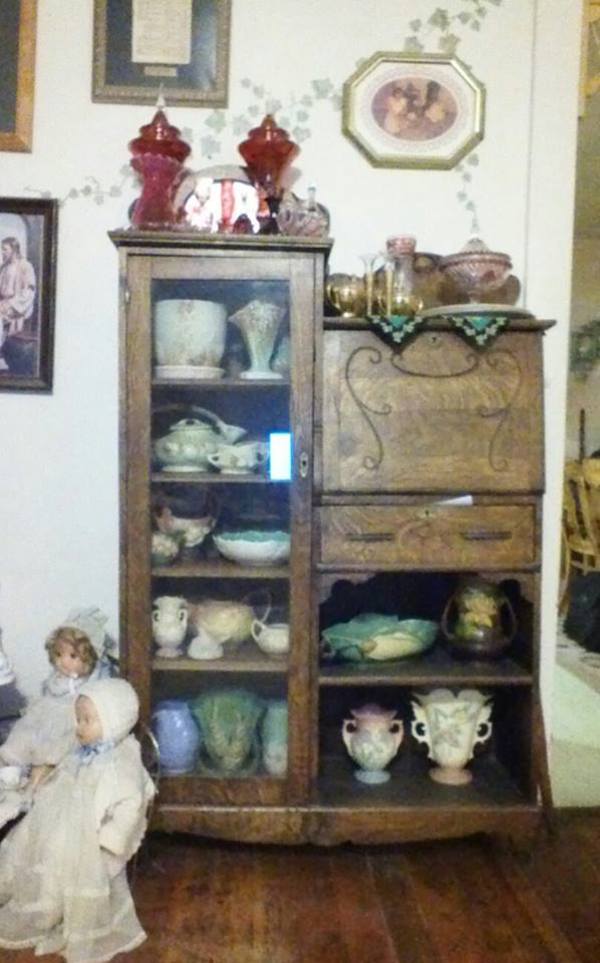 from: Barbara Sorensen: “A beautiful old Secretary I won at an auction. I don’t know anything about it, but I love filling it full of my McCoy, Hull, and Roseville pieces. Antique cranberry glass gleams on top!” 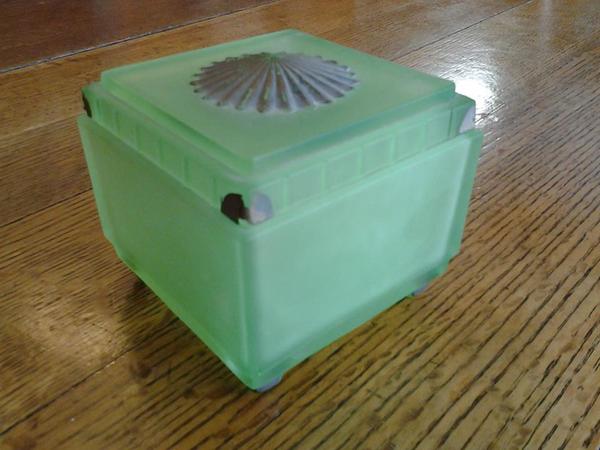 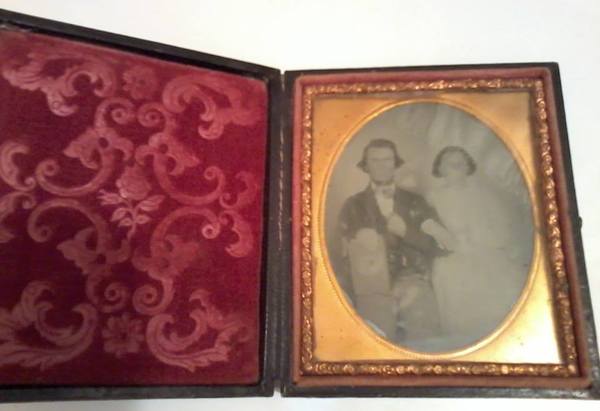 from: Brenda Scott: “This photo was in some of my dad’s stuff. I belief it is from the mid to late 1800’s. It’s in a leather frame. We think it is possibly my dad’s grandfather or great-grandfather. Can’t find out for sure as all of them are deceased. I just think it is a really cool piece.”