We have many fond memories of listening to a favorite song on the jukebox with friends. They’re getting harder to find these days, but once upon a time these machines thrilled us with huge selections of songs. From the jook joint to the local diner, take a look at how the jukebox became a favorite entertainment. 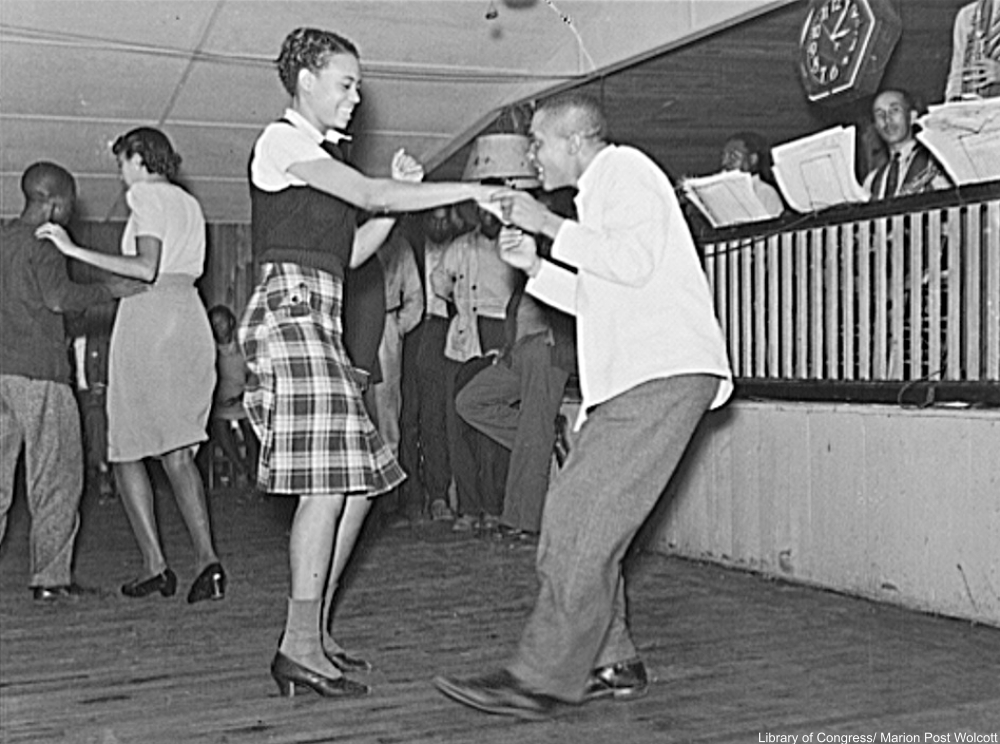 Offering the invigorating sounds of jazz and blues combined with the thrill of dancing, juke (or jook) joints got their start as way for black laborers in the post-Reconstruction South to unwind and have some fun. Juke joints were one of the few places that blacks could enjoy live music and a night out in the segregated South. Juke joints were often located in remote areas and sometimes they were just shacks cobbled together. 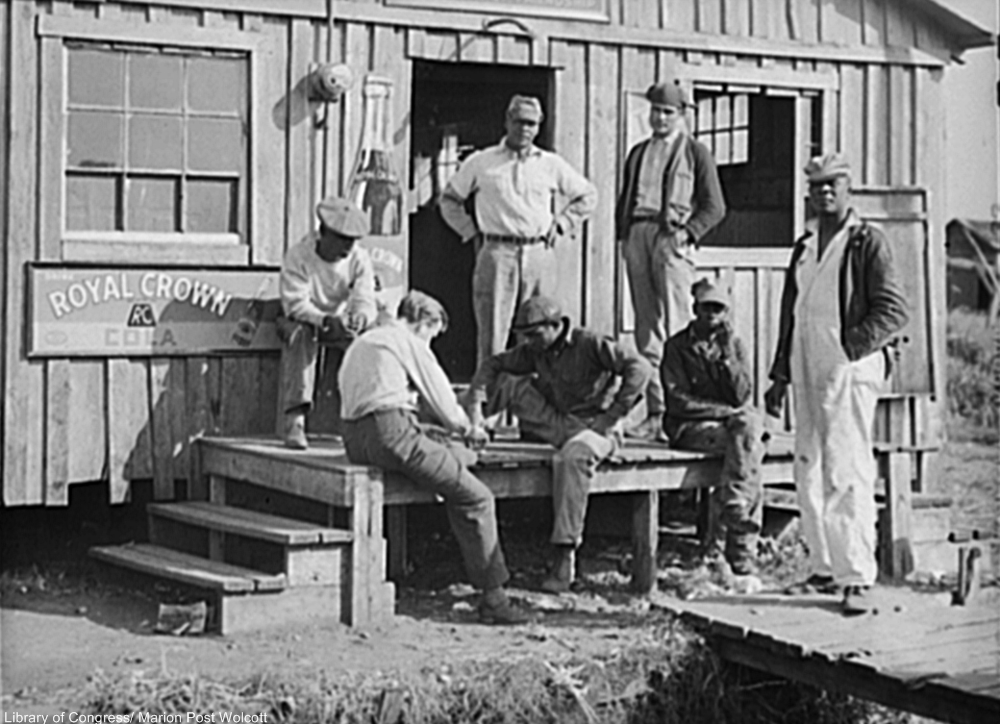 Men outside juke joint, 1941. Via/ Library of Congress

These establishments sometimes also offered gambling, rooms, or food as well music and drinks and were often associated with bawdy behavior. They became more widely known during the early 20th century as blacks traveled north and brought the concept of the juke joint with them.

The informal nature of these music houses was appealing to northerners during the Great Depression and World War II. While the glamorous clubs in the movies may have been the stuff of dreams, regular folks needed affordable entertainment. And, that’s where jukeboxes never failed.

Coin-operated on-demand music machines date back to the 1870s, but the original term for them was nickelodeons (also used to describe nickel-driven movie machines). It wasn’t until amplifiers came along in the 1920s that these music machines spiked in popularity, now able to offer bigger sound. Further advances in jukebox technology in the ’50s would give us our pick of hundreds of songs. 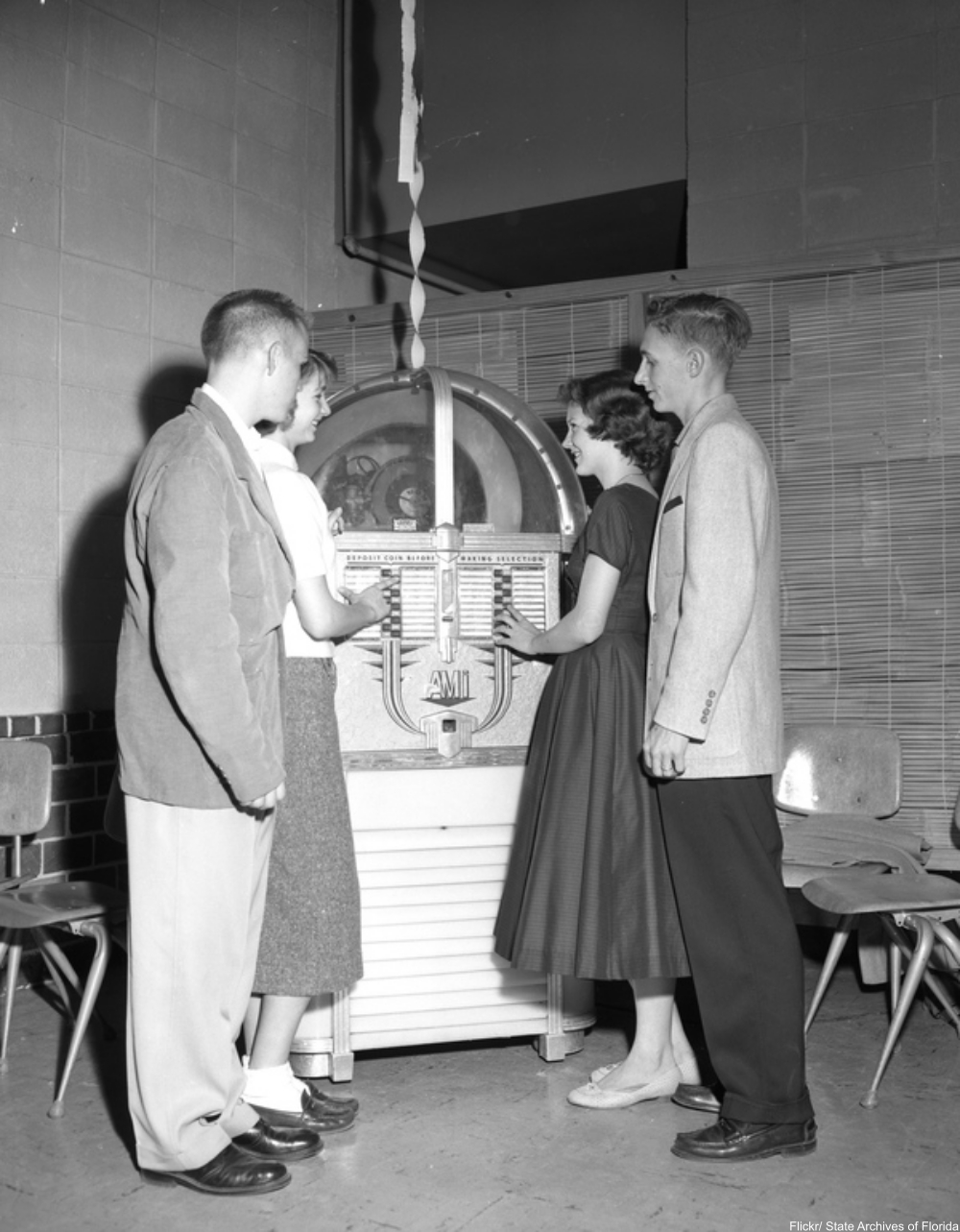 Jukeboxes required not a live band, but a one-time purchase from the bar-owner and a whole lot of coins from customers. Some jukebox producers provided the machine for free and simply took the machine’s earnings. Owners of malt shops and diners began offering jukeboxes as well, and jukeboxes became increasingly synonymous with wholesome entertainment. 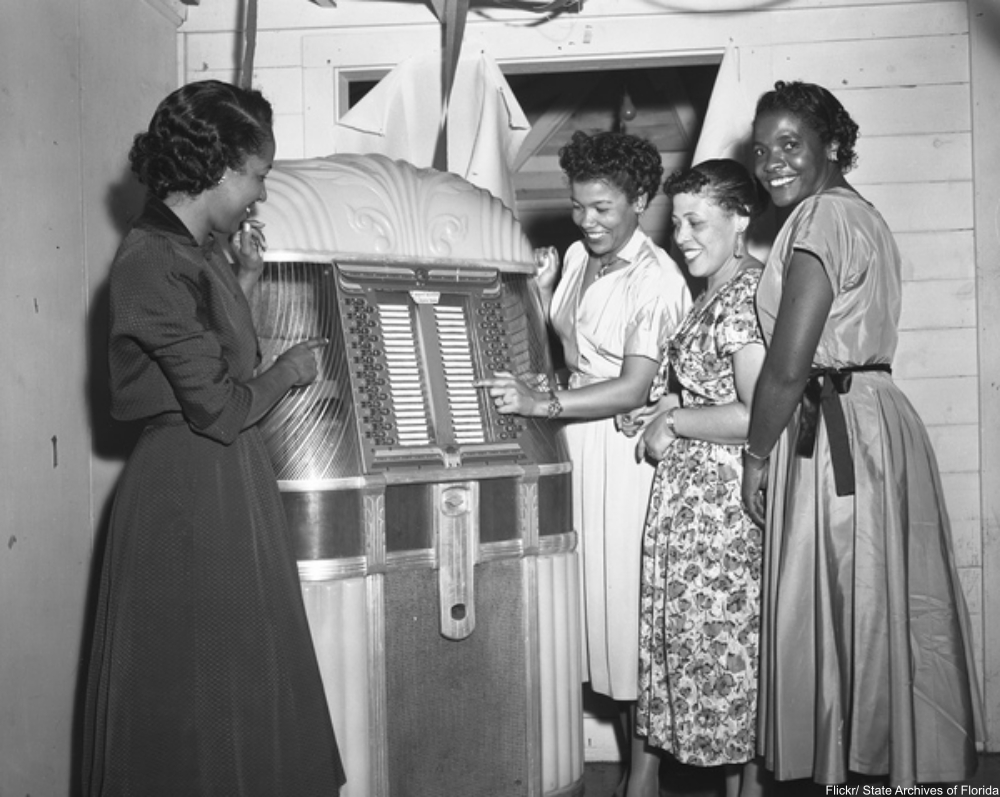 In a bid to place live music back in the spotlight, musician union man, James Petrillo, called for a strike on recording new music in 1942. Petrillo felt that the numerous times a record could be played from a jukebox (and on the radio) warranted royalties for the musicians who created the music in the first place, a view that record companies did not share. 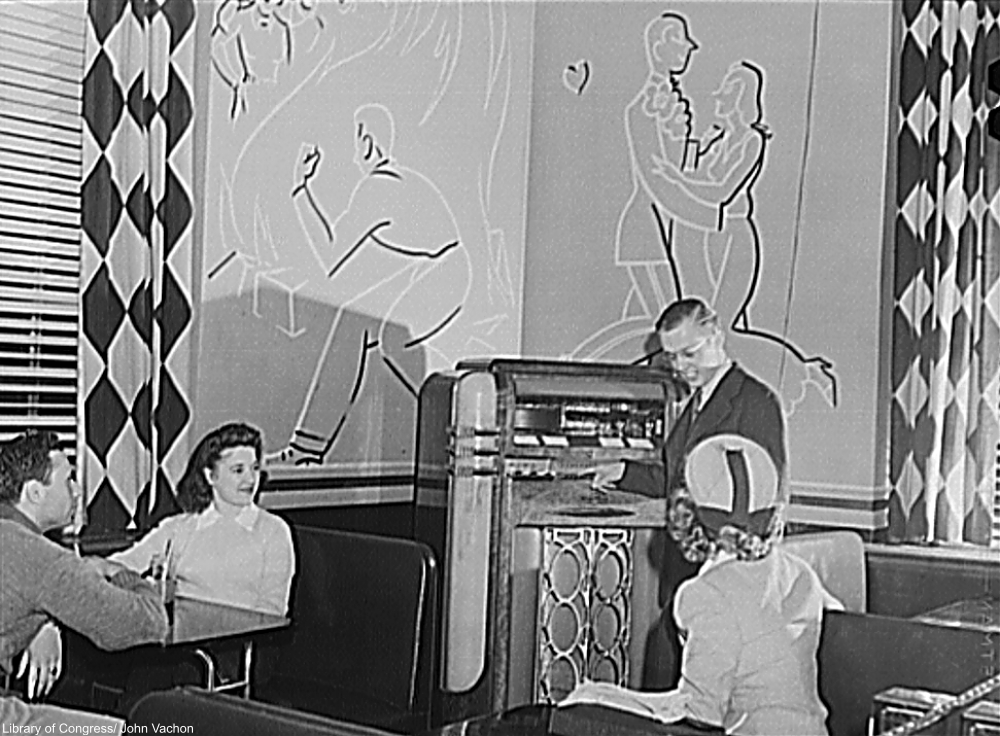 Student union, University of Nebraska, 1942. Via/ Library of Congress

From August of 1942 until November of 1944, no new commercial records featuring musicians were recorded in the U.S. Crooners like Frank Sinatra and Perry Como released records that had been recorded before the strike and also released a capella records since vocalists were strangely not part of the American Federation of Musicians. This did little to combat the problem as records and jukeboxes during the strike remained wildly popular.

By the ’50s the word juke had completely lost its negative or rowdy connotation for most people. And the machine that had started out as a cheap alternative to live bands became background music for dining.

As portable radios, LPs, and tapes came to dominate the music scene, the jukebox lost its grip on the youth of America. But, we will always remember the impact jukeboxes had on our lives- listening to our favorite songs at the local diner or bar and just really enjoying ourselves!

Click here to witness how jukeboxes used to be made!