Items That Rock: A Brief History, And Some Of Our Favorite Music Boxes!

Items That Rock: A Brief History, And Some Of Our Favorite Music Boxes!

Though the first music box factory didn’t open until 1875 (the Paillard company in Switzerland), the history of the music box dates back to the invention of the tuned steel comb in 1796. The comb consisted of metal teeth of various lengths, that would strike the pins on a rotating cylinder to produce different notes (the mechanics are very similar to clocks).

In 1885, Paul Lochmann created the “Symphonian” metal box that used a flat metal disc rotating on a turntable (think of a miniature vinyl player). These metal discs could be replaced to give the music box a new tune, and just like that, pop music was available and accessible.

The production and popularity of music boxes continued to climb until around 1877, when Thomas Edison invented the phonograph (phonograph killed the music box star!). By 1920, almost all music box manufacturers were out of business. 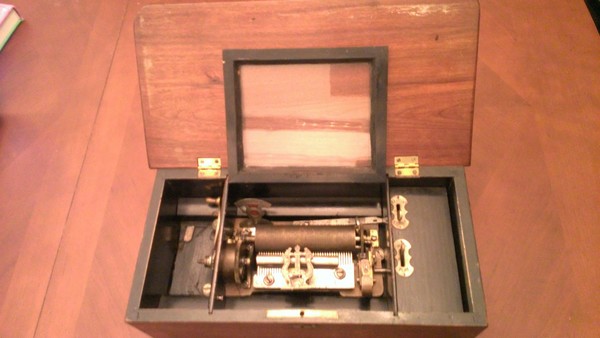 from: Melissa Lee Ladner: “I found this in a thrift store in Georgia. From what I can find, it is a Swiss Cylinder Music Box made between 1830 and 1870. If anyone has any more info on it, I would love to hear it.” 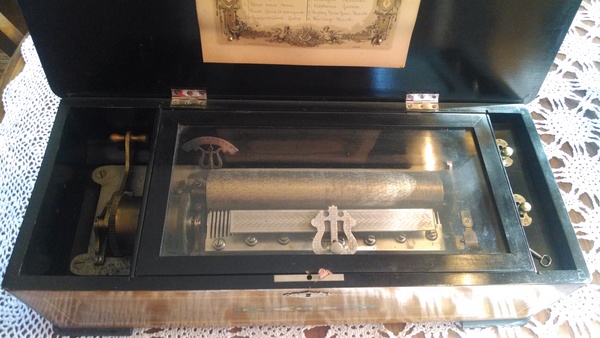 from: Jessica Lynn: “This music box has been pasted on for generations. Any information on it?” 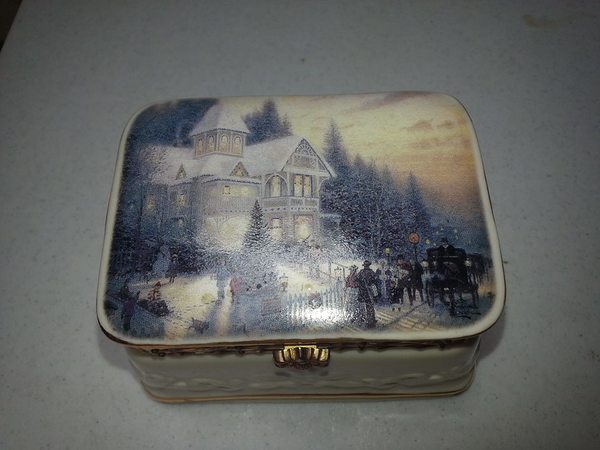 from: Carol Sue Tracy: “This is a Thomas Kinkaid music box that plays “Victorian Christmas” from the Media Arts Group, San Jose, California. The box is 4 x 2 and in excellent condition. More photos are available. Carol”

from: Denese Cantrell: “Does anyone know anything about this music box, still plays Ave Maria” 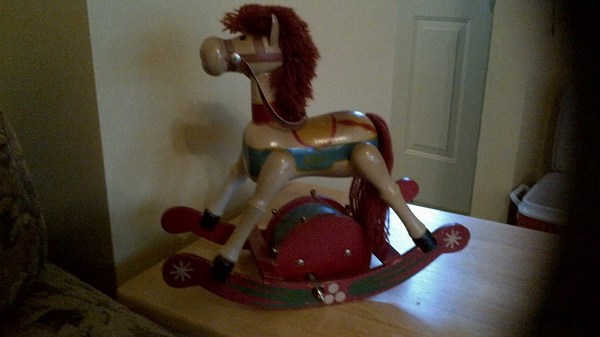 from: Isabel Myette: “can anyone tell me the date and value of this rocking horse music box?”

from: Beverlee Spencer Lanning: “Anyone know anything about this set? The lite table has a music box in it. There are no manufacturers listing son any piece”

from: Jacki Hicks: “I love this music box withnice sound. No history. Any idea what card means besides songs that play?” 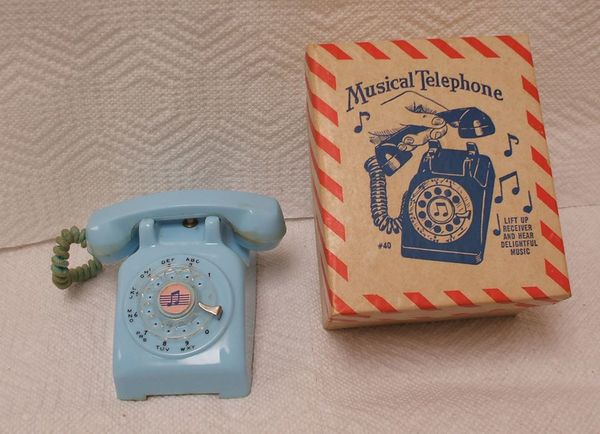 from: Faye McLean Gresham: “Wind-up music box. Plays Rock A Bye Baby. This is from around the early 1950’s.”