See How Irish Linen Was Made in the Old Days

In the old days everything was done by hand, from farm work to shoe-making to making clothes for the family was all done at home. For many generations Irish linen was known the world over as some of the finest linen in existence. Before the process was became mechanized, farmers had to complete the entire procedure the old fashioned way. See how linen was made by hand for centuries in the process below. 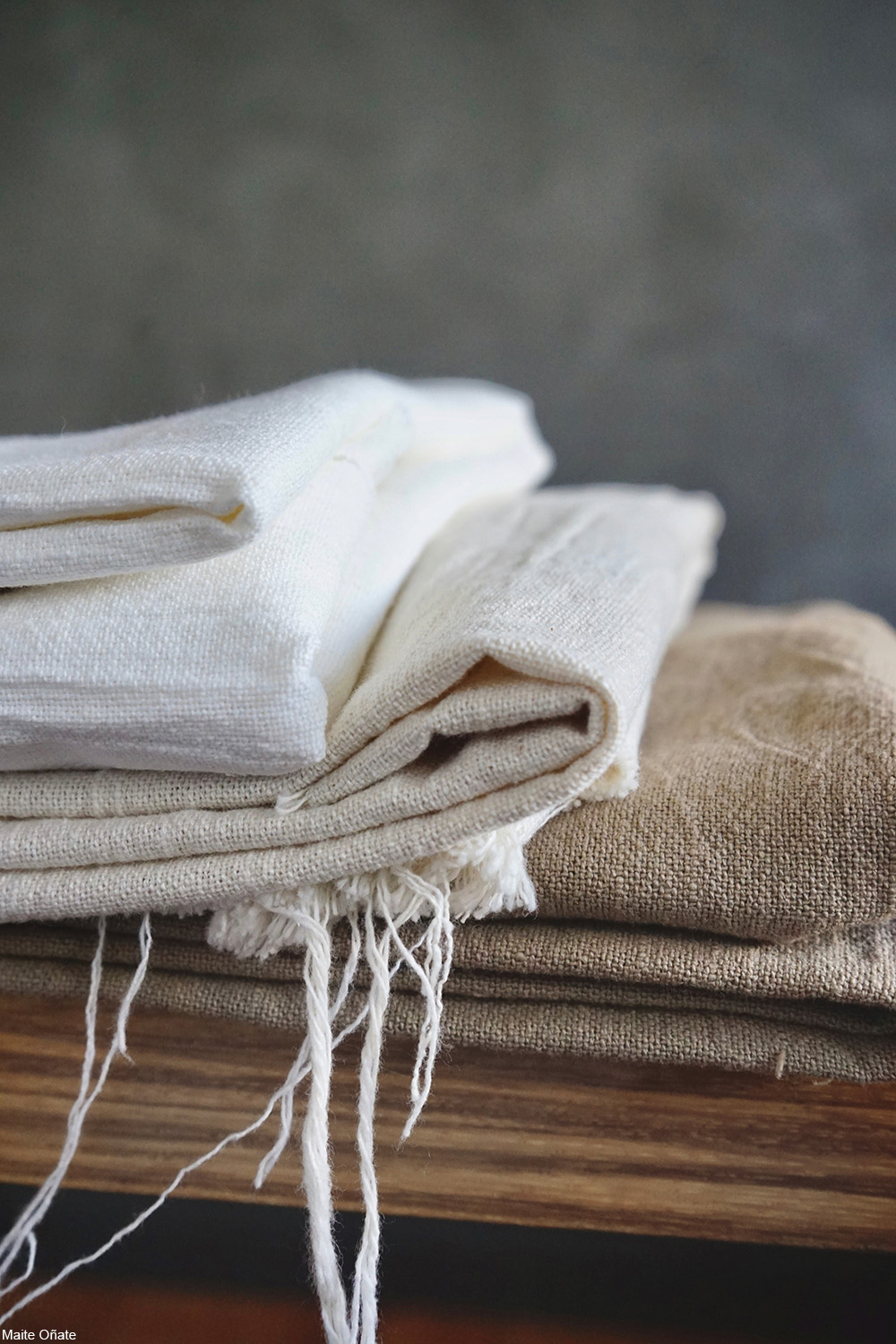 Colm Clarke of the Monreagh Heritage Center in County Deongal, Ireland, has been working with linen the old fashioned way since the 1950s and explains how to the process starts. The steps must happen over 5 or 6 months in order to end up with linen.

Linen comes from the flax plant and it takes about 3 months from April planting to grow to full height. Planting and harvesting are steps 1 and 2 and bundles of flax are tied together with marsh or bog rushes. The 3rd step is to rhet the flax. This part of the process involves submerging the flax stalks in water, weighted, for 7-11 days. In this way the outer part of the stalk can begin to break down. During this step the green flax stalks turn amber yellow in color. 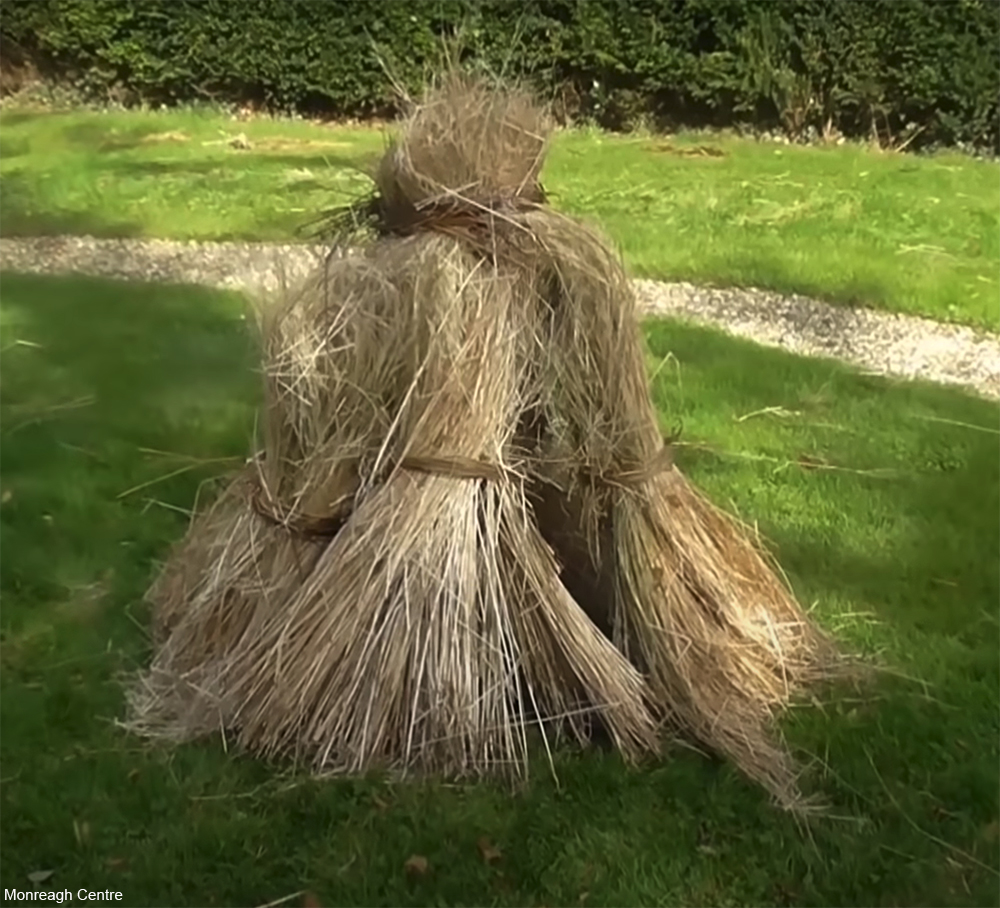 After that the flax is spread and left to dry for a few days before being bundled back up. The 5th step is scutching the flax. This involves beating the dried out stalk of the flax with a wooden implement. To break down the outer fibers even more, the flax is subjected to crimping, where the stalks are placed in a wooden crimper which has offset wooden planks, with a handle on the top portion.

The 6th step before milling and weaving is to comb the flax, which removes the outer stalk which has been weakened by rhetting, drying, and crimping. 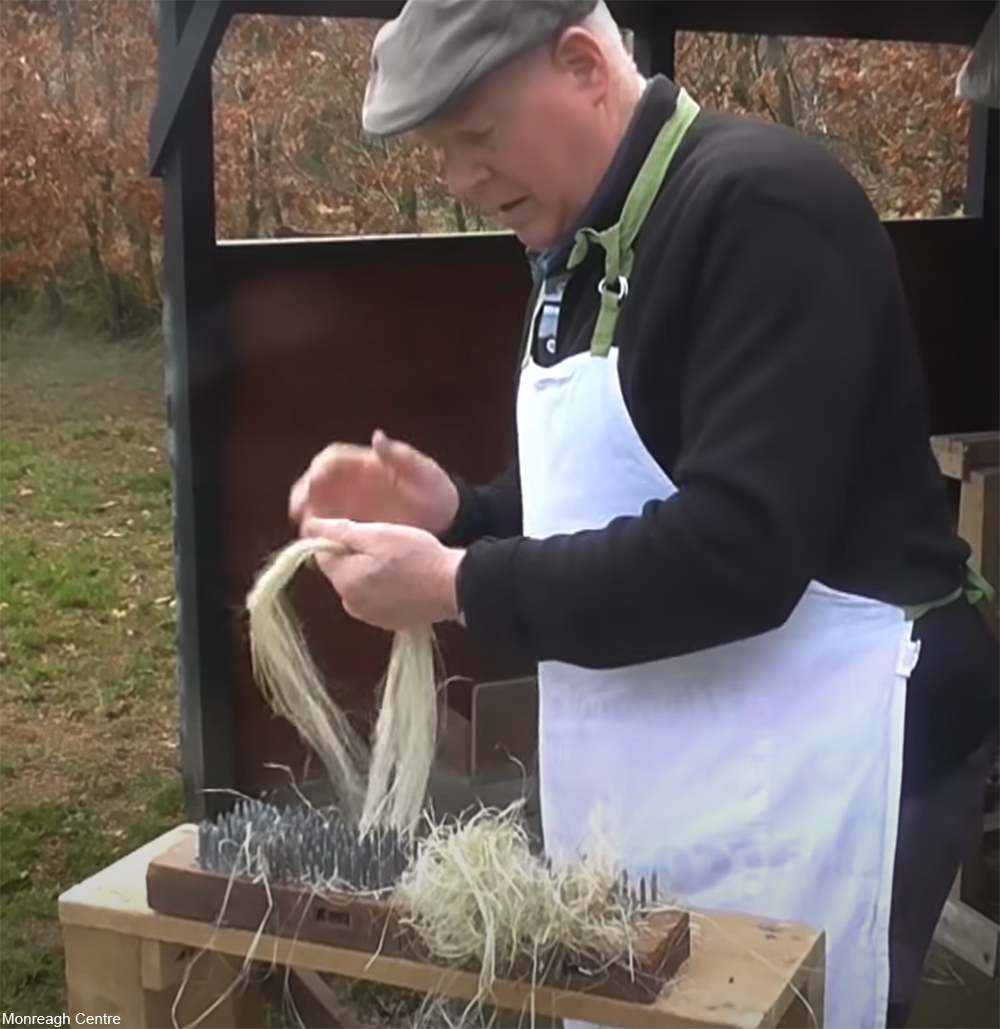 What’s left is what is known in Ireland as pure linen, but which American settlers referred to as tow (pronounced like “toe”) and this is where the expression of tow-headed comes from. After this the linen fibers were spun into fine threads by hand on a wooden spinning wheel before being woven into the Irish linen that was so sought-after.

The process of making linen was extremely time consuming, but many families thought it worth the investment of labor. A well-cared for set of linens could last a single family multiple generations and would have been an envied part of an inheritance.

See how the steps were done in the old days in the video below.