The 1950s and 1960s were an enterprising time for women. More choices in what to buy meant more jobs for women to sell. And, these brands became the top of their class. And, they had good strategies, too. These products became a part of our daily lives, things we use every day. The sales approach was from an era when neighbors actually dropped in on each other and this is part of what made them so successful. It probably didn’t hurt that each company had some really catchy advertisements, as well.

Have you ever attended a Tupperware party? Or perhaps you were there when the Avon lady called in? The idea that women could sell, succeed, and even rise through the ranks of a prosperous company was a new idea that many women embraced. Of course, today there are many home-based product lines, from clothes to jewelry. But, back then, women worked outside the home less often and these brands gave independence to many women. 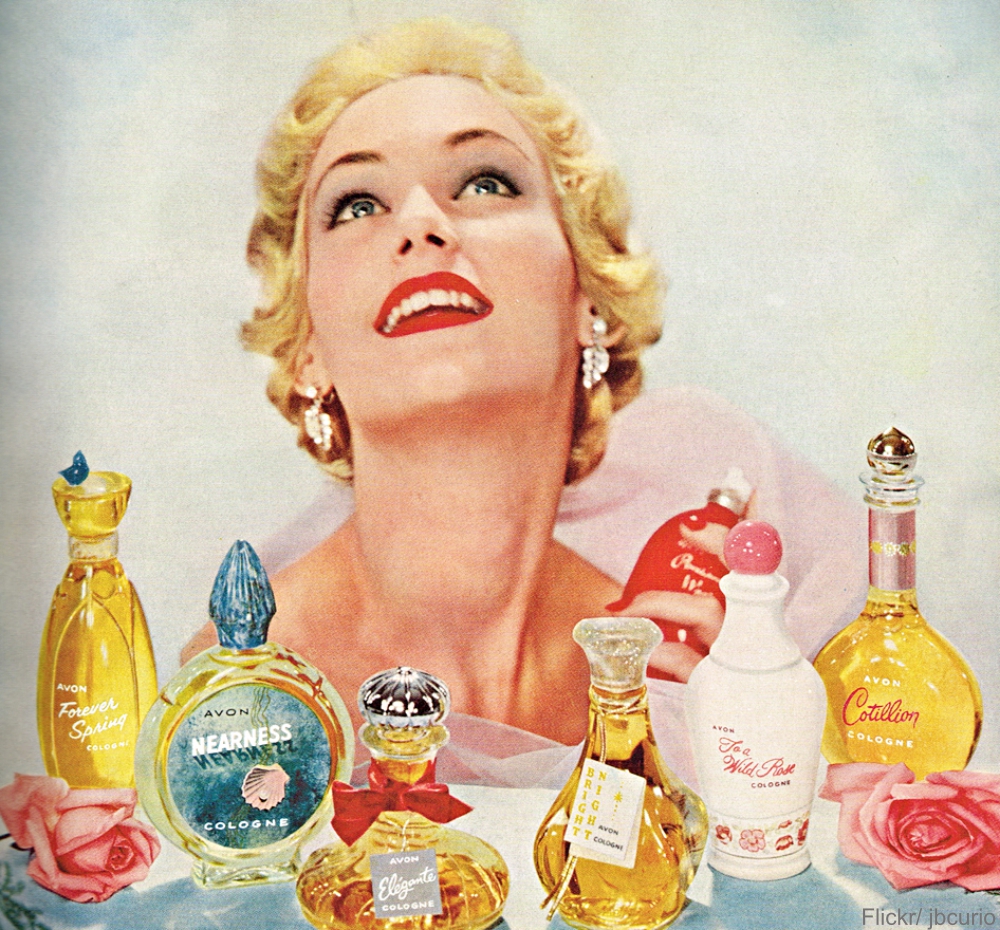 Avon cosmetics started a whole new trend in how products were sold and who did the selling. The idea that a friendly woman could come to your home, show you how to use the products, and then sell you what you wanted was a positive experience for some women. Most girls back then hadn’t been shown how to use makeup in any official capacity since many women’s magazines did not focus on makeup lessons like today’s publications do. From the fancy perfume bottles to the scented, potions, Avon offered unique products. And who could forget that jingle?!