Home economics was one of those classes that gets a bad rap today, but which was really useful back in the day. Young ladies in those days were expected to understand homemaking and skills like pattern cutting, sewing, and home decor were likely to be used often once she married and had a family. While some never quite got the hang of it, many girls were practically sewing masters by the time they graduated high school, thanks to what they learned both at home and in home ec classes. Many home ec classes that followed in the 1980s onward didn’t even teach sewing and those that did focused on small projects that didn’t require much time, patience, or skill. The opposite is true of home ec in the old days, as we can see in the photos below. 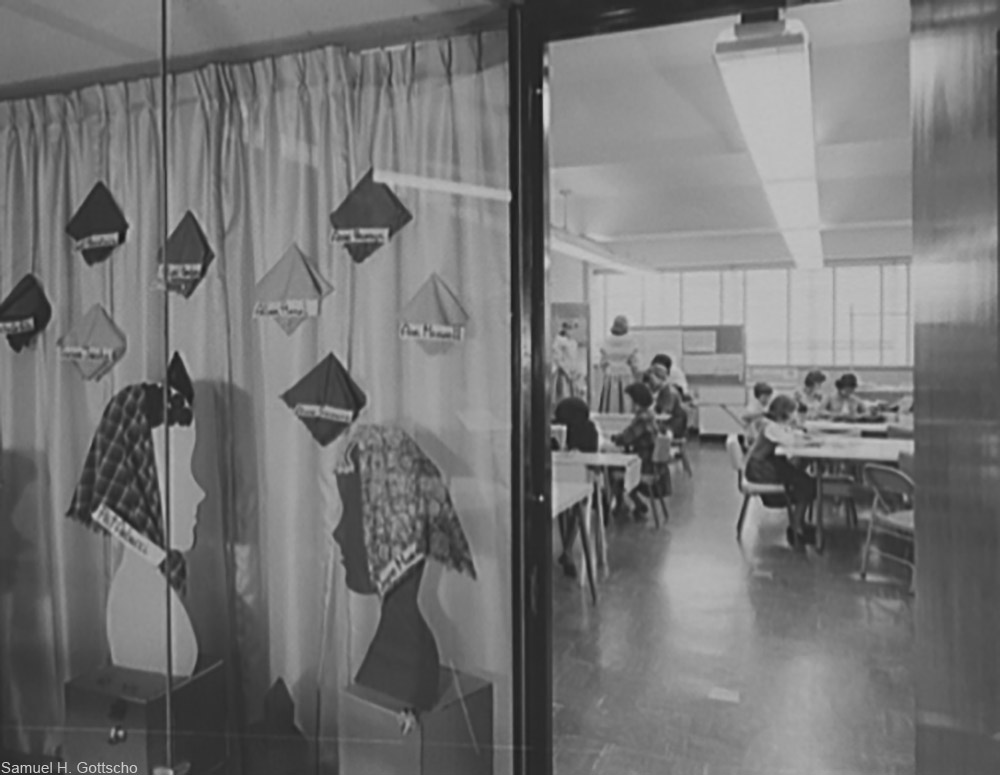 Displays were common for home ec classes. Via/ Library of Congress 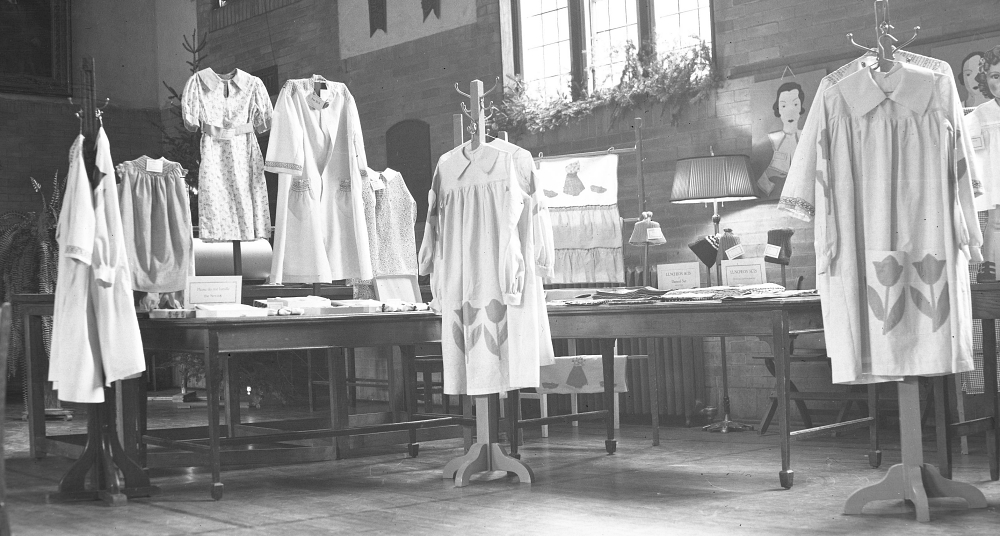 Public displays of finished sewing projects at fairs or events was not uncommon in the old days. 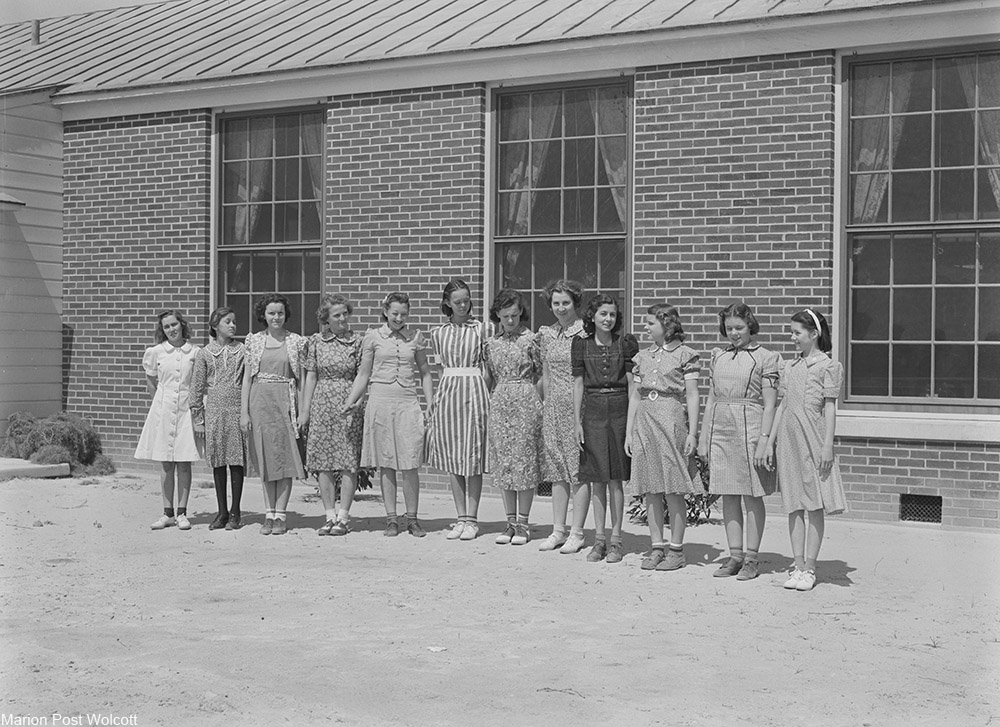 Girls showcasing the dresses they made in home ec class. Via/ Library of Congress

Girls were also sometimes given the chance to show their creations in fashion shows. It’s hard to believe these dresses were made in Home Ed class! They look so professional, and those dresses took a lot of skill to make. 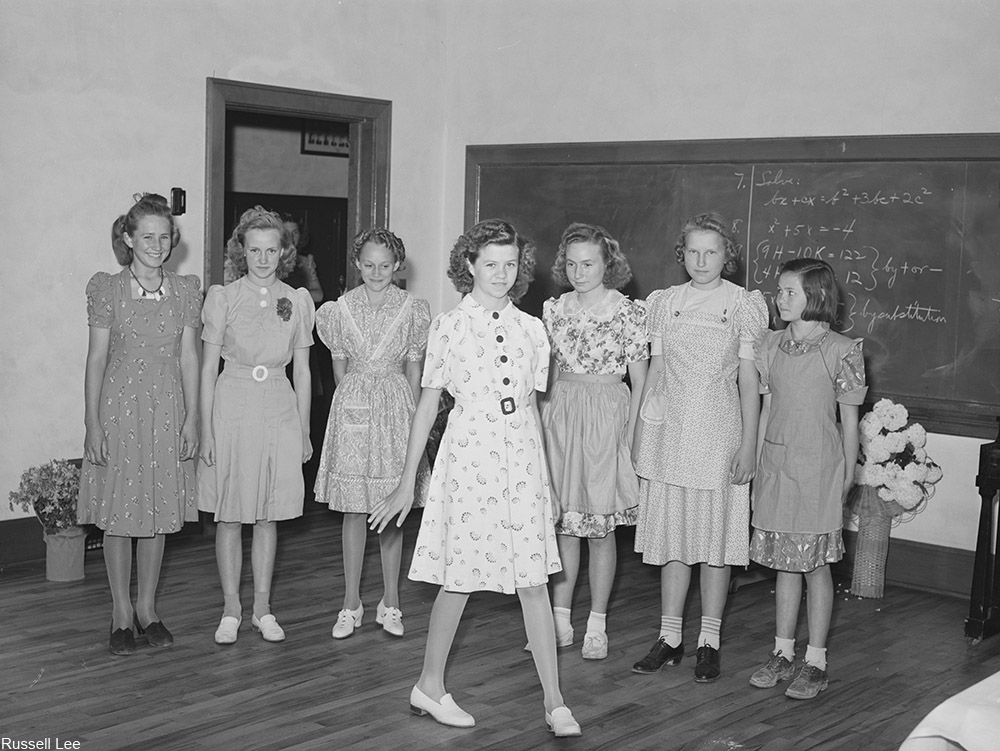 Look how proud the girls are of their dresses and aprons. It really shows how much they enjoyed the class and the end results of their work. 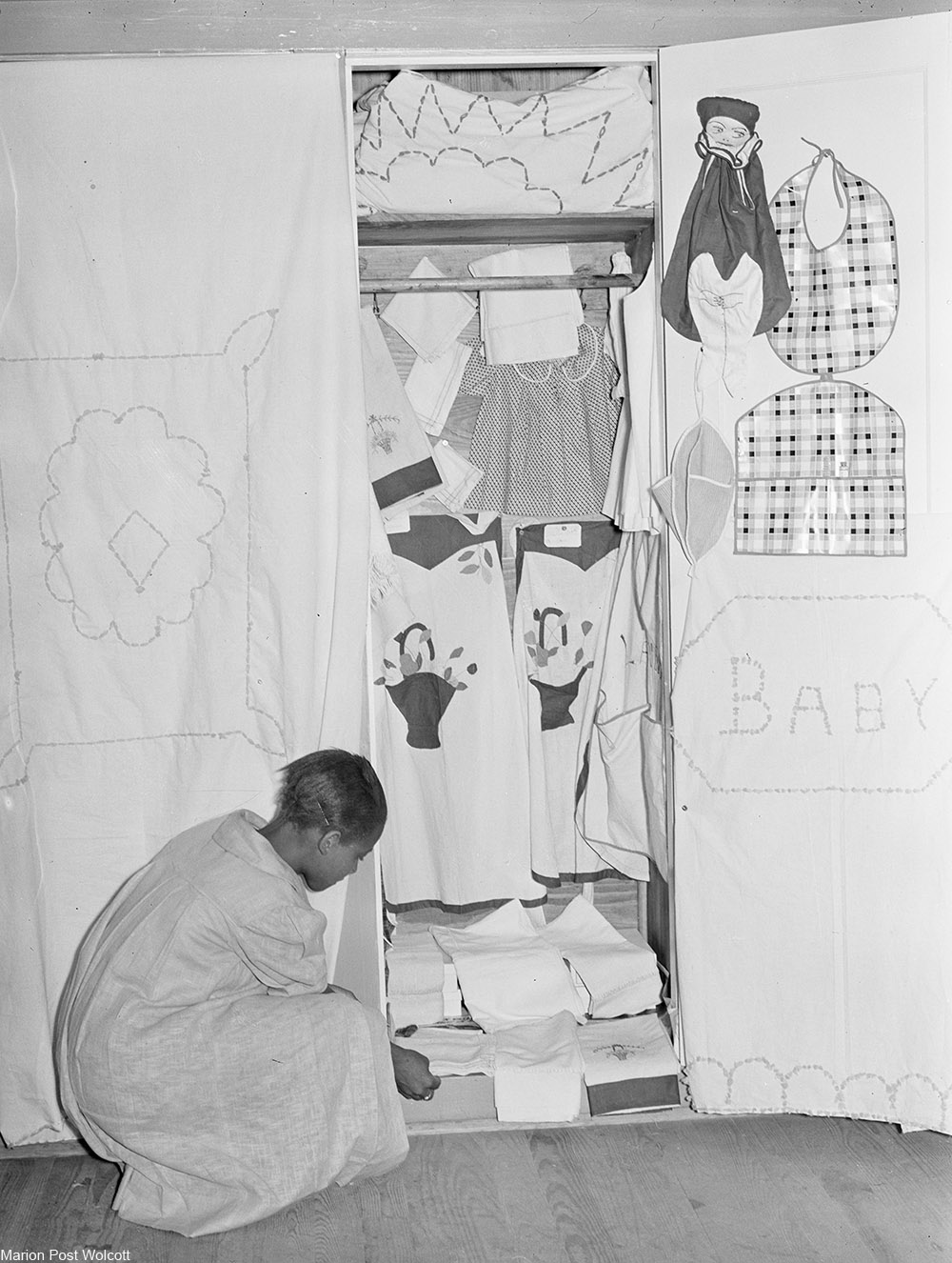 National Youth Administration display of home and baby goods made by girls in school home economics room. Alabama, 1939. Via/ Library of Congress

Items for baby and home were also important in home ec class, as women would be expected to make many of the things they needed as young wives and mothers. 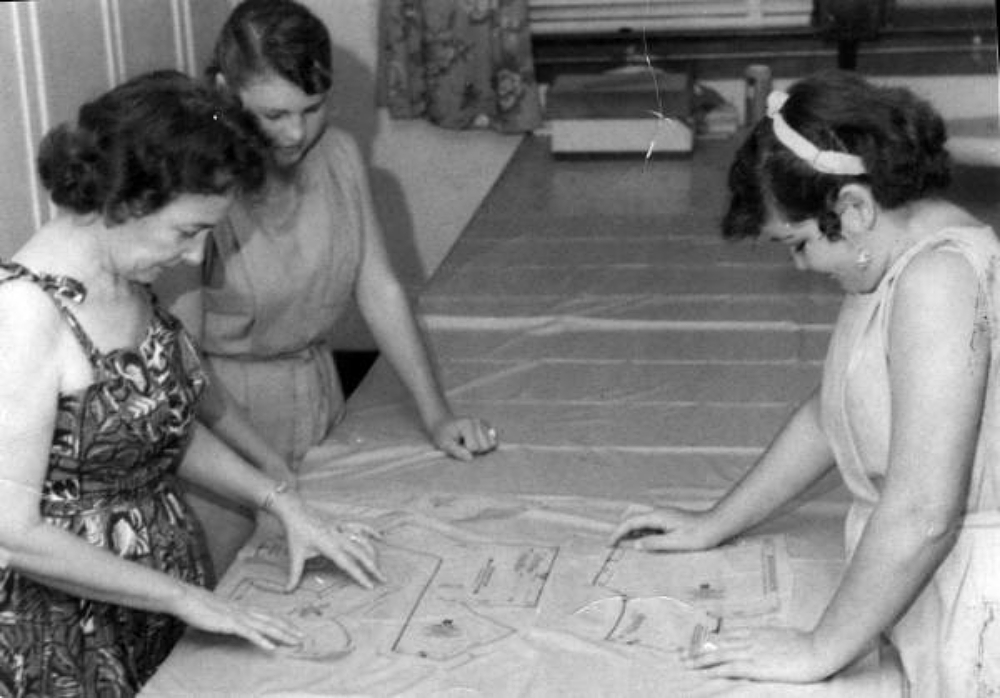 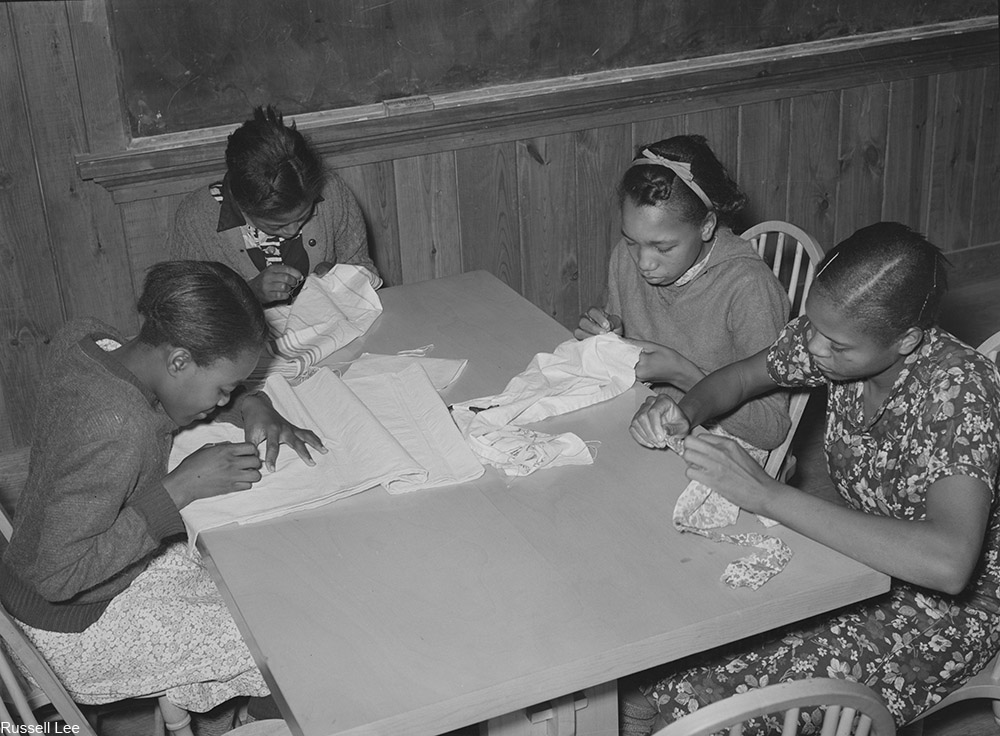 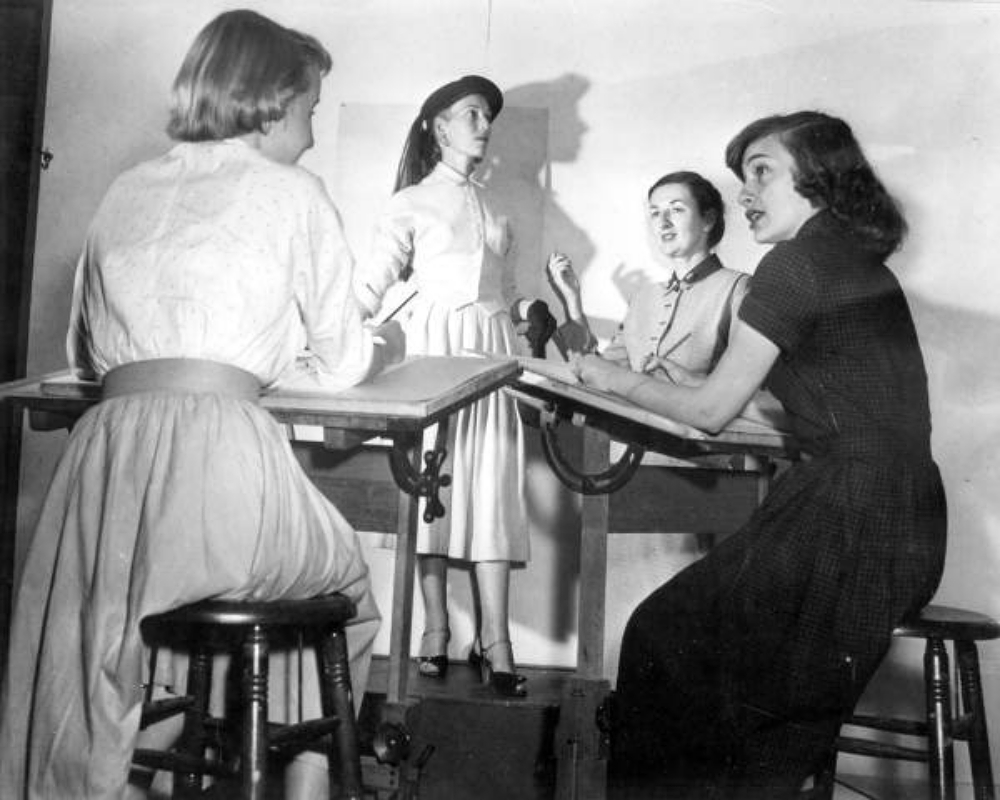 Home ec was taught well into the college years, with topics and difficulty advancing with each year. The science of how to run a home and make food was gaining more levity as homemaking became the most sought after role for women after their schooling was done with. 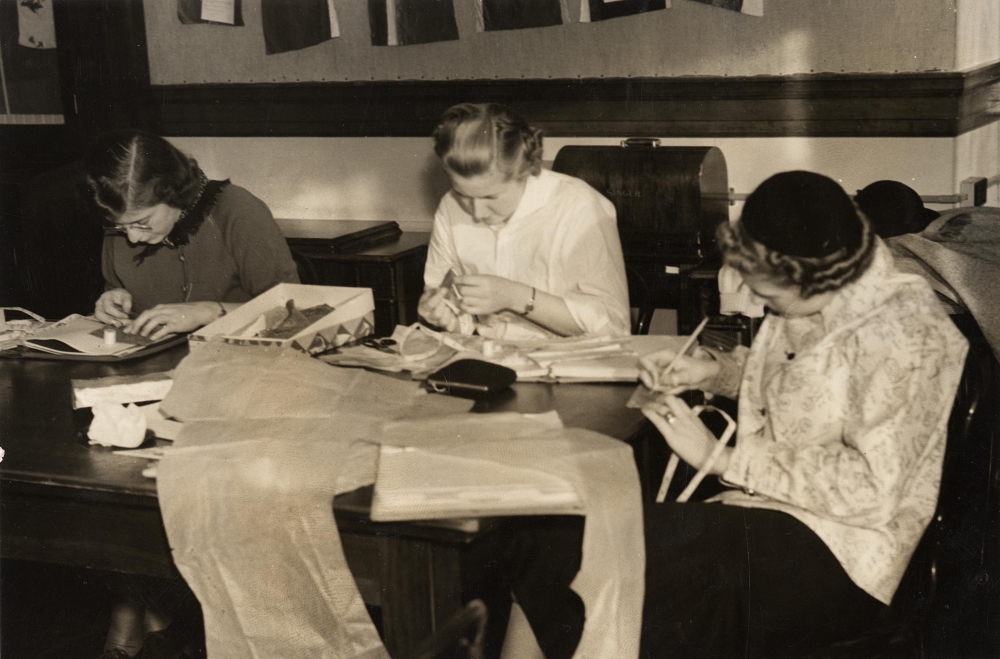 Today the skill of sewing has made a small comeback as a hobby, but it’s nothing like in the old days when the average woman was quite adept at sewing or knitting or other fabric arts. Many of these women honed their skills in home ec classes, where their teachers taught them how to measure for better fit or to perfect certain techniques. Of course, these classes could be so successful in part because the girls already had a lot of knowledge on the subject that they had gotten at home. It’s hard to imagine young women today sewing with such talent like in these examples from the old days.