Have you ever heard of the Cobweb Palace? Built in 1856, this San Francisco tavern was once the talk of the town. The owner, Abe Warner, amassed an incredible collection of art, scrimshaw, taxidermy, and ethnic artifacts from around the world that defied the decor of the usual bar and restaurant. Warner’s strange tavern of curiosities drew crowds and made this place a must-see spot for miners and tourists in the years following the California Gold Rush. 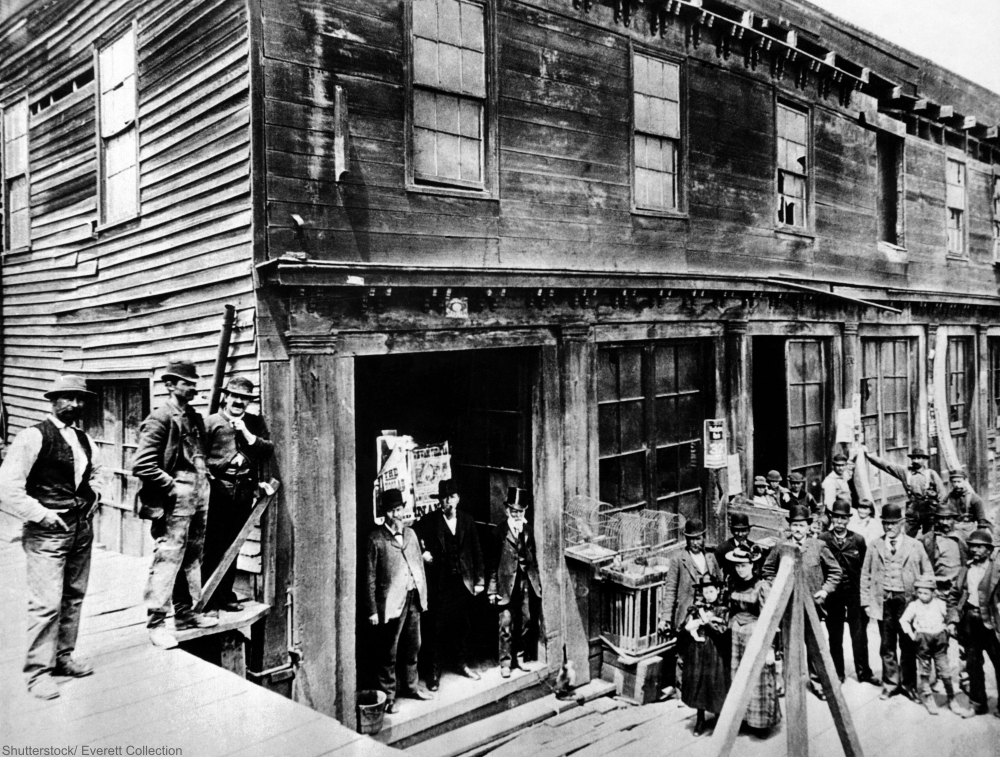 The exterior of what became known as the Cobweb Palace. Notice the many birdcages sitting outside. Via/ Shutterstock

Down by the wharfs, Mark Twain, a young reporter living in San Francisco at the time, would walk near the water past the Cobweb Palace. It is possible that Twain may have even enjoyed a meal or two there. By all accounts this San Francisco landmark was clean and the food was good, yet cobwebs obscured many of the paintings on the walls.

Warner loved spiders and all animals and so never cleared away the cobwebs. People gathered in this Meiggs Wharf spot as much to take in the decor as they did to eat seafood and drink. The atmosphere inside was like a carnival, a great way for people to spend those Gold Rush dollars and have fun. Warner was a man who loved the curious and novel and it was rumored that he could swear in four languages! 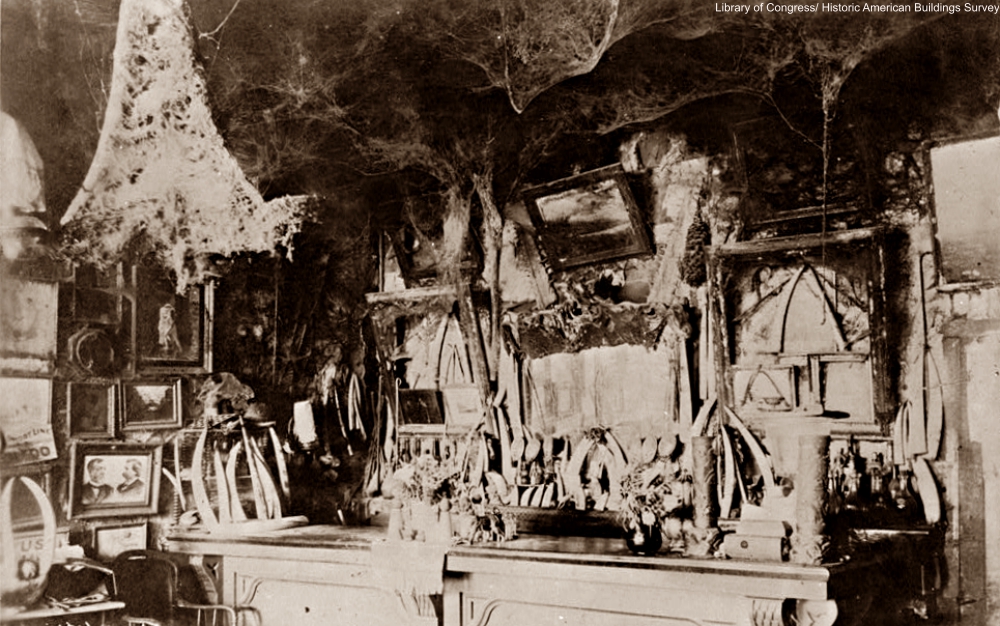 A first-hand account from the era from Charles Warren Stoddard does mention the strong smell of animals coming from the open doorway, as well as the notion that one of Warner’s female relatives might have been a witch! His animals included monkeys, parrots, bears, and kangaroos. Like many attractions of the era, the Cobweb Palace relied on novelty over safety to entice customers through its doors. 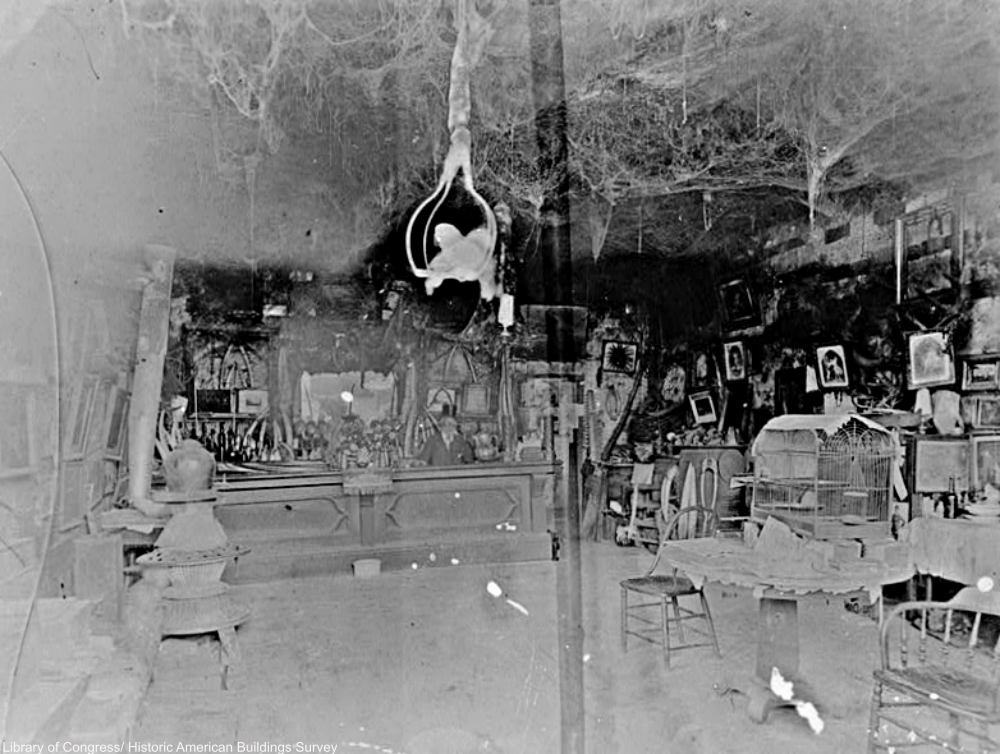 In this old photograph, you can just make out Abe Warner in a top hat behind the bar. Via/ Library of Congress

Warner was forced to sell in 1893 after crowds dwindled. He died in 1896 and today the building is a post office. While not much remains of this interesting venue, it’s wonderful to know that for nearly 40 years this unusual grown-up fun house served San Francisco and created memories for the scores of people passing through the city.

Click here to read about what really started the Great Fire of 1871 in Chicago.